From the oldies but goodies files: "Another small example of why they lost "the Cold War." 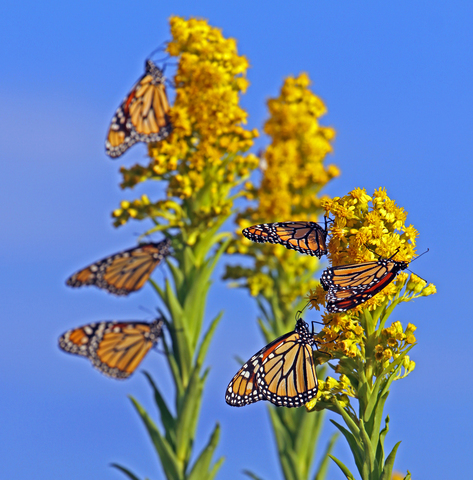 Needing to start my workweek engine, I’ll first mention the wonderfully obvious: The traffic signals will go on the blink tomorrow, albeit a bit slowly, as roadcrews work from Ship Bottom to Beach Haven – and vice versa.

While regular visitors to LBI surely appreciate the down-tuning of the lights, we hardcore locals wallow in the pure pleasure of going from, say, Ship Bottom to Beach Haven at 45 mph. By the by, the boys in blue aren’t overly giving when it comes to going over that speed, even by a pinch.

Now, here’s hoping those same officers are ready and willing to give a stern warning to motorists lollygagging in the passing (left) lane.

Don’t get me wrong, I don’t want a single soul to be ticketed -- just advised to keep to the right except to pass.

I also think traffic in the single lanes, north/south, from south Beach Haven to Holgate really need to drive at least close to the posted speed limit – not the crawl-ish speed limit they “feel” should be driven. I’ve seen a goodly number of drivers with just such a motoring attitude, purposely snailing along in a form of on-road protest. Very unsafe.

This event is giving away prizes and money out the kazoo. Even a small enter-able fish can be worth a nice chunk of change -- or a prize well worth your entry-fee effort.

I’ll also go the emotional route by assuring just your signing up helps perpetuate one of the longest – if not the longest – surfcasting contests in the nation. Keep this tourney alive and well by taking part.

Insight-wise, I think the first weigh-ins will come from the north end, though there is a lot of parody along almost all of the LBI front beaches when it comes to cruising blues and bass.

Of general interest, I heard of a couple redfish caught near the Causeway bridge supports/pylons; not long ago. The Classic once again has a prize for the first red drum: “One $100 Cash Award For First Legal Red Drum.”

Below: A cool one taken in Cape May.

Just to show one of the cool prizes for the 2107 Classic – one highly suited to an obsessive plugger like me: “Lure Only - No Bait Prize:  John Parzych, a longtime friend and participant of the Classic, offers two custom rods; one to the largest bluefish and one to the largest striped bass caught on a lure (artificial).”

Oh, hell, I might as well include the cashy special prizes:

(In honor of Robert "Jingles" O'Brien from Jingles B&T)

(In honor of Ric O'Brien from Jingles B&T)

(In Honor of Frank Panzone)

In Honor of Bruce Hoagland from the Hoagland Family)

MULLET SHIP DOWN: The mullet look to be a permanent no-show, at least for 2017.

Be it weeks of nonstop big surf -- egging the schools to migrate out past the sand bars -- or, more worrisomely, the fierce harvesting of roe-laden adult mullet in Florida, it has been another crappy fall.

What’s more, the mullet I have bagged have been super small, though even the small ones go well on a mullet rig.

Anyone complaining about the small size of fresh mullet better have a smile on their face. We casters are not happy campers, sometimes spending hours on end for a measly payload – the size of which we used to get in a single throw back in the day.

Here’s hoping the opening of the Long Beach Township front beaches will allow for some mullet checking along the jetties -- that is the few post replen jetties that have reshown enough to harbor some balled up bait.

By the by, there will be no new replen sand placed south of Brant Beach this fall. That should leave a fine open stretch of surfcasting terrain south of there, especially south of Nebraska Avenue. Some big bass will come out of there, mark my words. But, let’s not have everyone rushing to Spray Beach.

Thinking more northerly, I might try some North Jetty plugging/jigging.

THE PAIN OF BEING ME: I absolutely do not want a burst of agreement here … but how can I have been such a moron!? I’ll explain.

I’m currently half way through a costly tube of Aveeno 1 percent hydrocortisone anti-itch cream, as I fight six – count ‘em – schistosomatidae infestations, from cercaria: a tadpole-shaped larval trematode worm. Just such tiny worms have embedded themselves in my feet.

For you science buffs, they’re most likely are of the genera Trichobilharzia and Gigantobilharzia.

By any name, these parasitic trematodes are among the most itch-inducing creatures out there, causing a condition called cercarial dermatitis, commonly known as “swimmer’s itch.” Here on LBI, it has often been dubbed “clammer’s itch.” And it is very common hereabouts.

The embeddings of these hideous lifeforms eventually manifest as oozy, red, intractably itchy pustules. In acute cases, as in dozens of embeddings, the itching has been described as unbearable -- and even madness-producing.

Locally, I know of two cercarial dermatitis cases that have led to hospitalization; one patient approaching shock. Both of those cases were Holgate-based. Swimmer's/clammer’s itch is often misidentified as “chigger bites,” which are the result of a whole other fully-unrelated, albeit equally skin-aggravating creature.

Chiggers bite just the surface of skin, eating it along the way. Swimmer’s itch parasites burrow deeply down, below a human’s third skin layer. Once inside, cercaria realize (too late) that humans make lousy hosts. They die … inside us. The subsequent decay is what can extend the maddening itch.

I won’t get into the complex lifecycle phases of these diabolical imbedders except to note they first infest snails – of which we have trillions, in the form of periwinkles. Birds step in snail droppings, picking up the parasites, which thrive within birds. The larvae of the parasites are released via bird droppings, entering mud and water, where they sniff out hosts, including humans. Now, one would think someone as conversant about these parasites as yours truly would know to utterly avoid them at all cost. Thus, I’m a frickin’ moron … with an explanation, your honor.

The mulleting had been so hideous that I was forced to ply the mudflats and shallows at the back cut in Holgate. I waded around in shorts. Say what!?

What’s more, I knew full-well that exact location produced the worst case of swimmer's itch I ever heard of, via a young gal, who I came across joyfully wallowing in the mud, the main larval repository of schistosomatidae. I warned the family and even gave my name and number. By the next evening, they called me for help. “Right to the hospital, folks.” I can’t even imagine hundreds of bites/infestations, all over her small body.

Anyway, I’m now paying for my momentary transgression, albeit in a small way. Mercifully, I think I’m over the itch hump.

By the by, I also know of hideous cases coming from the waters around The Dike in High Bar Harbor.

Important, sunny weather – not necessarily warmth – seems to be when the parasitic flatworms are most active, well into fall.

Below: (Not me!) They'd be holding me down to keep me from sawing off my leg. 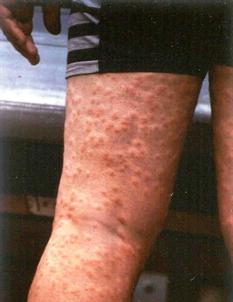 DEATH WISH: I have to take a quick break to talk about coffee, particularly a nearby craft brew potentially hosting a beyond-caffeine kick that can land you in the ER … or even in a place where the joe don’t flow, i.e. six feet under.

Admittedly, I have no right to discuss coffee. I’m a lifelong non-imbiber. I know: too weird, right?

However, many a fellow angler has as much coffee coursing through his veins as blood. Therefore, I’ll eagerly pass on this just-in news story, which also meets my tastes when placed within my beloved category of, weird-as-s***.

Leave your coffee mug behind as we travel to Round Tree, N.Y. Here we’ll find a coffee company that has been specializing in a coolly weird designer brew of cold canned coffee.

The reason we’re gathered here, among snickering media from around the world, stems from the FDA recall of the company’s popular icy joe product after it was found to possibly contain what I’ll call a certain undesirable anaerobic essence, namely, Clostridium botulinum. Yep, we’re talking good botulism, arguably the deadliest bacteria known, when ingested.

I fully realize there’s nothing even remotely snickerable in botulism. However, since nobody has suffered ill effects, I get to go full-giggle by offering the coffee company’s name: The Death Wish Coffee Co.

Oh, does this ever rate high on the Mannly Madness Scale. Even the product’s appearance draws a horselaugh. The Death Wish Nitro Cold Brew can is ominously black, but highlighted by a large and looming image of a bright white skull and crossbones, wrapped within the “Death Wish Coffee” brand name.

“The coffee company which markets itself as selling the ‘world’s strongest coffee,’ has recalled all of its 11-ounce Death Wish Nitro Cold Brew cans from online sales and retail locations,” reported the nearby Port City Daily news, adding the company has ceased production until the issue has been resolved.

Heading back home, I’m not sure what a court of law might decide, should someone get a bit ill after knowingly downing a “Death Wish” drink. However, I’d have a damn decent time making a case that said drinker had been very duly warned.