Below: And here I always thought it was never run with a fork in your hand. 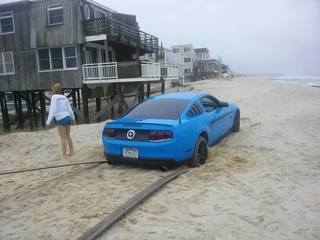 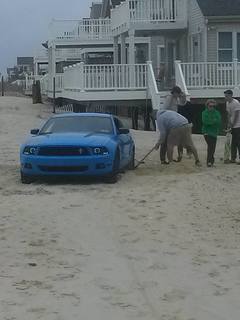 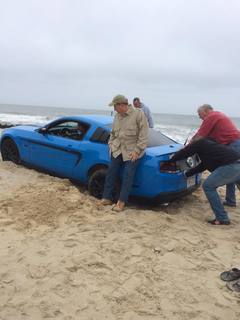 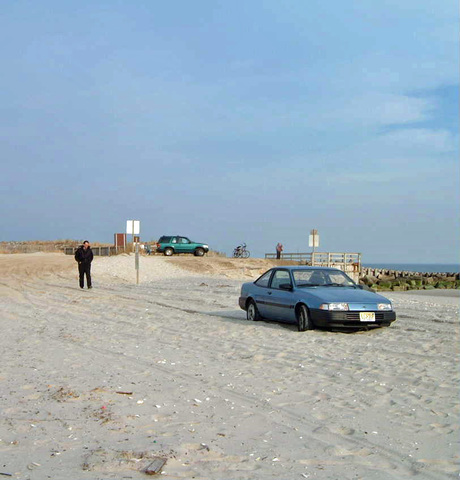 Sunday, May 22, 2016: Storm blew through with winds lighter than forecasted. Here’s a video look at the residual waves, which are mainly from a south groundswell and not the expected north windswell. Things are sorta stirred but I see quite a few folks surfcasting. These conditions will persist for a few days to come as we’re stuck in a north wind pattern, to maybe 15 mph, with some lighter wind stretches.

Here's a look at the post-blow beach, Surf City. That erosion are is in line for replenishment when the North Beach and Loveladies portions of the big beach fix takes place, likely in summer.
http://www.youtube.com//watch?v=hG9O367ixy0

By the by, I'm looking into a report that truck fill be used on some Surf City beachfront erosion areas. While we've seen that mass sand move using truck before, the narrow lanes on the Causeway could make it more interesting this time. The number of trucks being needed will be high, surely adding a rumble to the already shaky bridge crossing situation.

Below: Might we be seeing quarry material of this hue ... for summer? 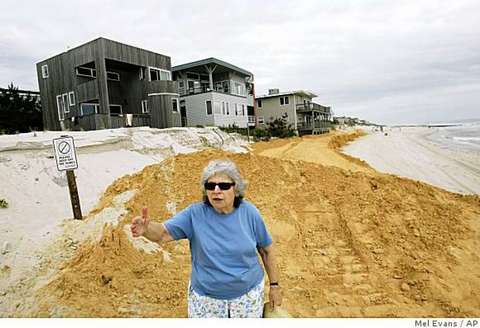 I am among the many crushed by seeing the sanding over of the most famed surf breaks on the entire Eastern Seaboard, Holyoke Avenue, Beach Haven. As spooky as it is to see it sanded under, watch how quickly the ocean re-configures that area to its former refractive glory. The Island has something called a nodal junction right about there -- a kink in the island that is highly exposed to oceanic current and wave action. Virtual no amount of sand can change the dynamic right about there. The other nodal point is Harvey Ceders area. That kink in LBI is even greater there. I believe there is also a smaller nodal junction at the Surf City/North Beach line -- right where Surf City has its worst erosion headaches. Guess what is still around? Grayish-green fish. I still don't see a ton of blue in them. Bluefish are there for the taking. I'm betting the reason they're staying so long is the now-getting-weird ocean water temps, mainly low 50s. Oh, I realize that isn't far off the norm but I was just looking at past Memorial Day weekends -- as we have coming up -- and see some with water near 65. And, after all, we're into planetary warming and the Atlantic surface water at the highest in recorded weather history. If we're all gonna be wiped out by global heating how about us at least getting some of the warm-up perks before things get too hot to handle. The wind outlook isn't sitting well with flukers. Even though bayside areas usually offers some wind protection, the direct north winds we’ll be seeing is the worst direction. It blows right down Barnegat Bay, chopping it up. Yes, there are always calmer zones leeward of sedge islands but that doesn’t mean they’re fluking waters -- which are actually given zones within the bay. They don't change much over the years. I wonder if BB, BI and 42 will be wind protected. I’m betting the inlets, and a semicircle outward, inside inlets, will be holding flatties.  Below: Marco Parrino Happy days are here again. 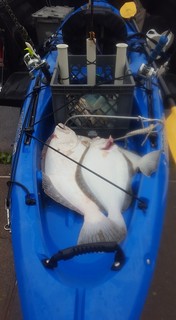 Sorry if this is sophomoric to most anglers but you should measure a fluke by placing it atop a tape or ruler. Bending a tape over a fluke can get you an inaccurate read due to the bow in the tape. Placing a measuring stick atop a fluke means you can only estimate where the length looking downward.

Below: Science-style measuring. Hey, if you get an enforcer in a grumpy mood, being short by a half inch on a fluke can get you written up. I've seen it. BIG-ASS DRUM DAYS: As black drum season winds down – though I’ve seen huge black drum taken from the lagoons even in summer – I was checking some notes I made about the species and came across a bunch of reference photos of massive drum taken here on LBI, including one well over 100 pounds. That post-century mark drumfish came from the ocean. Dante and his buddy thought it was a big ray so they switched out fighting it in, nullifying any size or line-class record bids. Above: Mike C. and crew with a fish easily pushing 75. 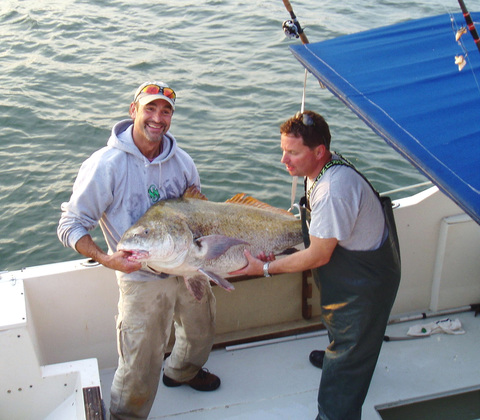 A great start to the fluke season. Was a pick but some nice keepers up to 22". Great day on the water and ran into a few fishing buddies. Just delivered the Sail and Whoo to Jay Fathauer, gonna be a great house warming gift for his son! 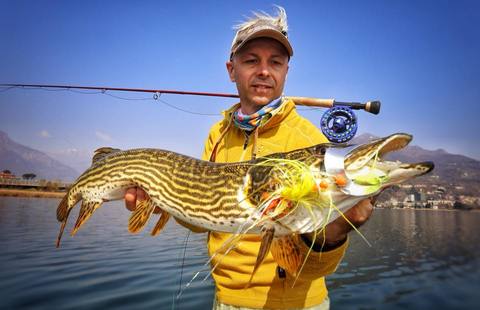