Sunday, March 05, 2017: Cold enough for ya? Hey, if I have to suffer with the cold, I’ll force you to suffer with triteness. Can you believe there were warning for freezing spray for mariners? The 10-day shows mainly normalcy, temp-wise. Despite the cold, I’ve been out in the outback, where the winds were knocked down a bit by the trees. In fact, there have been some nice natural cubbyholes to be had, where the sun easily beat out the above-branches cold. I had some writing to do, so I’d plopped down in the sun. I got fresh air – and, hopefully, some fresh words. Below is one oddish tilapia story I’m working on in anticipation of my weekly column. I sometimes run segments in here first, to get any feedback or added info.

I see where some Mullica stripers have been taken, i.e. the first “keeper” of the year. I know where the action is taking place but I’d be skinned alive if I gave exact upriver locals since those fishing areas, i.e. landings, do not hold many folks at all. Bloodworms are the ticket for these overwintering bass. However, a GULP also nabbed a couple schoolies up that way.

Being dished out down south ... for now. 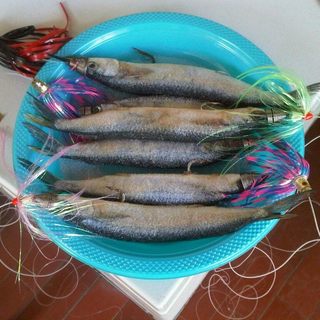 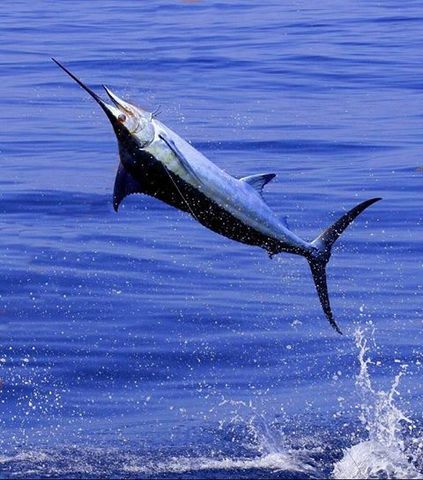 So, you’re in Brazil and before you realize the Portuguese word for “hot!” is “ardente!” you’re on the way to a Rio hospital with second-degree burns. Then, before you can scream “Send my back to America!”, a team of doctors rush in with moist pieces of fish skin … and slap them on your wounds. Making seemingly primitive matters worse, the skin isn’t even from some cool Brazilian fish, like a peacock bass or a red-bellied piranha. They’ve slapped you with the coverings of farm-bred tilapia. How provincial.

But, fear not, you haven’t flown over 2,000 miles for a dream vacation in Ipanema only to die of some exotic form of fish-skin poisoning. It turns out the skin of the lowly aquafarmed species has become a boon to burn science, dang near miraculous.

It’s long been known that the skin from less-than-thrilled animals, particularly pigs, has been routinely used as exceptional skin-grafting material here in the US. That would work in Brazil, too, but being a borderline Third-World nation, it is apparently lagging far behind much of the world when it comes to finding cooperative pigs. They do have ready access to tilapia by the aquafarm load. While not going into great detail on how they first made the discovery, Brazilian doctors are demonstrating that the skin of commonplace tilapia has – once thoroughly sterilized -- impressive amounts of complex proteins that help burnt human skin heal like all get-out. It is used in a gauze-like fashion, though kept on for long stints – far beyond the “fresh” limits of the fish itself.

Face it, the tilapia might be a dermatologist’s dream fish, providing said dermatologist isn’t a stickler on scaly skin. Just kidding. As might be guessed, all signs of the fish’s scales are long gone by the time tilapia skin meets that of a human recipient. However, the fish-skin look remains in all its nonhuman nonsplendor.

I’ve seen photos of patients undergoing tilapia skin treatment. Now, I’m kinda trying to unsee it. While I know it’s all for the betterment of burns, the treated areas look identical to horror movies, when someone is transitioning into some sort of scream-worthy swamp creature. In fact, if I’m any judge of B-grade movie potential, soon the heroic exploits of Tilapia Man will nicely meet the need for a planet-saving hero fish. 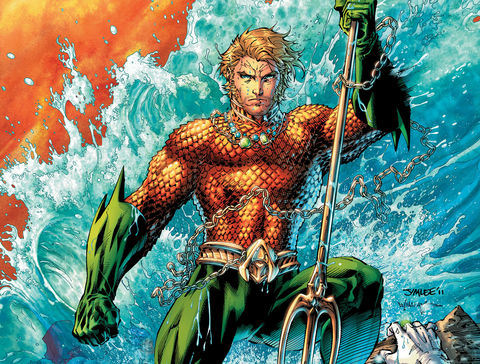 If you think like me – and who doesn’t – I see huge healative potential in the skins of other fish. How ironic would it be to get a thumb gashed apart by a bluefish and, in an ideal form of irony, skin that same fish and use it to wrap and heal the bite? And what a cool look, as you walk around, like, Wal-Mart with a bluefish skin thumb. Am I right, or what? 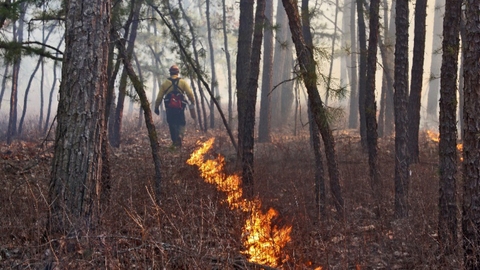 FIRE FOR SURVIVAL: I must wax smokily poetic regarding the prescribed burning of the Pinelands by the N.J. Forest Fire Service – and its firefighting friends, should a controlled burn go off on its own, which happens kinda regular-like.

There are those who fret that the fire-cure method for removing highly combustible underbrush endangers wildlife, while blackening and uglifying a comely evergreen landscape.

Well, perish the thought of not keeping the Pinelands well lit. Firstly, prescribed burns are done when wildlife is safely tucked away beneath the earth, or when it impacts only wildlife that can easily bolt from the flames.

I frequently do walkabout in the wake of burns. I have never – as in never ever – found the charred remains of baked woodland creatures. Now, walkabouts after uncontrolled hot-weather wildfires, which controlled burns are meant to reduce, offers an awful look. Hardest hit by wildfires are bird nests, containing eggs over hard, and slowly roasted box turtles.

I saw the box turtle toll after the big Warren Grove blaze. Just outside Pinewood Estates, I counted dozens of DOA box turtles, especially along the old Pancoast trail. The good news was how plentiful the species is. The bad news … kinda obvious.

Re-noting, the Forest Fire Service prescribed burns have wildlife fully in mind, dominated by the realization that wildlife and wildfires don’t meld well.

But on to the more famed burning-Pinelands survival issue. Without fire, there can be no Pinelands, especially no Pine Barrens, a term that better depicts the look and feel of pygmy pines, now a much-beloved look and feel.

No fires and the pines do just fine … way too fine. They prosper, mature and die. Eagerly awaiting are fast-growing hardwoods, like the famed scrub oaks, rising to the opportunistic occasion. An oaken domination arises. Its shady presence dooms any pine cone seeds or pine tree sprouts trying to reestablish the old order. At the same over-proliferating time, oak acorns are hard core, easily busting through the flourishing underbrush and leafy detritus of an unburned forest floor. Even non-nature types surely sense the lack of an aesthetic feeling to a million-acre New Jersey Oak Barrens.

As to prescribed burns, we owe this courtesy to the Pinelands. Since humanity is capable of rushing out and extinguishing forest fires, it is forest management’s obligation to just as earnestly go out and start them to secure a proper Pine Barren fire-based environment. In fact, the prescribed smoke you see rising up in the west is testimony to our efforts to perpetuate the Pines. 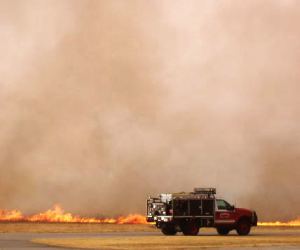 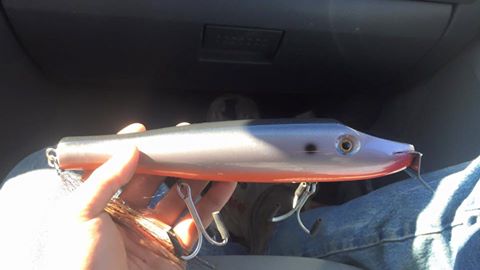 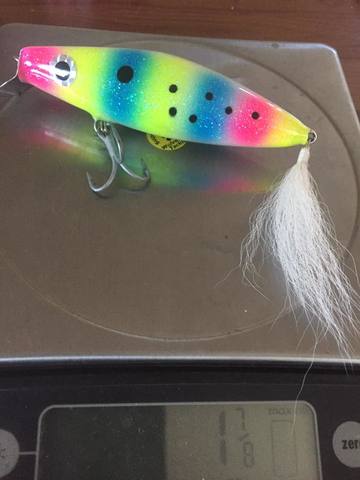 Rebecca Gee
with
Kevin Adair
and
25 others
.

Every year the Hunger Foundation Of Southern Ocean Holds An Incredible Dinner At Sea Oaks Country Club where 8-9 area restaurants and Chefs come together to help raise money to fight Local Hunger...The Foundation financially supports 8 area food pantries with donations of approx $12,000 each every year...I am so proud to be a Board Member..this year we hope to be donating our Millionth Dollar to help our neighbors keep food on the table...please come out for a wonderful evening for an incredible cause...1 in 5 Children in NJ is Food Insecure...meaning they don't know when, or where or how they will get another meal...we can do better for them..We should do better for them...please join me for the evening of April 26th I am tagging some of you so you can help spread the word... - Online tickets are ready... 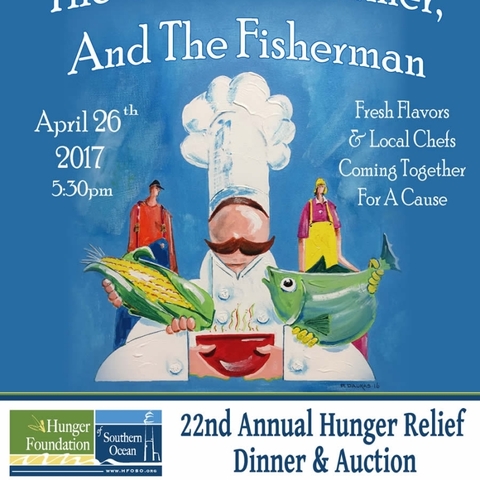