Sunday, June 28, 2015: The west winds are honkin’ one good, shifting slightly from SW to W to NW in the process; gusts to 20 k. The west winds will prevail through tomorrow but will shift south for a protracted summer-pattern stretch -- for most of the week. Mornings will see the lightest winds for boat fluking. Afternoon side-ass southerlies could really honk.

The ocean water has switched to off-color coffee and cream tints. Waves are diminishing bit still pushing 4 to 6 feet in a very peaky swell. Surfside water temps have dropped to upper 60s. It’ll take until tomorrow for the cleaner water to leak back in.

Media is jumping all over the man o’ wars. They’re presence is interesting but I promise this is far from the first time these tropical stinging jellies have been seen in our waters -- yet I’ve seen news quotes from folks saying, “they've never before been seen here.” Whatever.

Folks always want to think they're experiencing something new and previously unheard of. “I was around for the great Portuguese man o’ war wash-ups of 2015. The beach was so covered with them we had to walk around in combat boots; you'd hear the jellyfish popping under our feet. I can’t remember how many suffering people I had to carry off the beach on my back.” Hmmm.

I stick with my upside of this showing. The arrival of these jellies assures we’ll have a tremendous showing of larval fish and such in the bay. Will that translate into a massive crop of mullet and bunker come fall? If only it was that easy. Still, it’s a great start.

Still shocked at the loss of a true buddy, Larry Nemeth, who passed suddenly on June 26.

This is one of those loses that hits hard and deep. He's one of those guys who everybody thought of as a friend. How rare is that? LAWRENCE NEMETH Jr.
Obituary
Lawrence Ernest Nemeth Jr. LAMBERTVILLE Lawrence Ernest Nemeth Jr. passed away unexpectedly, surrounded by his family and friends, on Friday, June 26, 2015. Born in Pennington, NJ, in 1970, he attended the Hopewell Valley regional schools and graduated from The Perkiomen School and Springfield College. His love of the natural world grew from summers in Beach Haven, where he learned to fish and party with many great friends. Larry was a cherished third grade teacher at the West Amwell Elementary School. Son of the late Lawrence Nemeth Sr., he is survived by his mother, Catherine Consolloy Nemeth; his beloved wife, Amy DeRezze Nemeth, and his two step-sons, Zachary and Jake, whom he loved as his own. He was admired by his in-laws, John and Christina DeRezze. A loyal friend through thick and thin, he leaves his dear brother, Timothy Nemeth; his sister-in-law, Cathleen Nemeth; his nephew and godson, Charles Lawrence, and adored nieces, Molly and Olivia. He is also survived by his "goddess mother" and aunt, Nancy Consolloy; his uncle, James Consolloy; his aunts, Carol Young, Susy Consolloy, Judie Nemeth, Patricia Consolloy and Rebecca Smith-Woody. He will be sorely missed by his many cousins and lifelong friends. Missing him with tail wagging is his faithful dog, Tugboat. Services will be held on Friday, July 3, at 11 a.m. in the Pennington Methodist Church, 60 South Main St., Pennington. Friends may call on Thursday, July 2, from 4 to 7 p.m. at Blackwell Memorial Home, 21 North Main St., Pennington. In lieu of flowers, donations to the American Heart Association or any wildlife-related charity would be greatly appreciated. We will deeply miss Larry's love of life, quick wit, and generosity of spirit. Condolences are welcome at blackwellmh.com. Blackwell Memorial Home 21 North Main Street Pennington, NJ 08534 (609) 737-2900 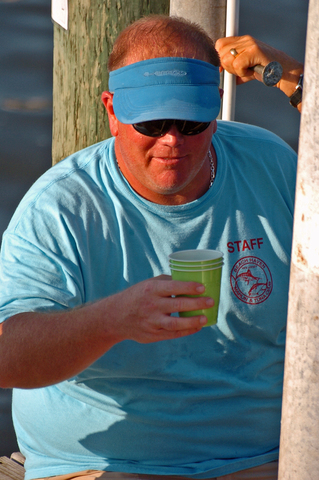 ***** WARNING ***** - Several Portuguese Man of War have been spotted in the surf off Surf City. Read below. Notify the nearest life guard if some one stung or if you spot one.

The Portuguese Man of War (Physalia physalis) looks a lot like a jellyfish, but it is a different animal. While the blue or pink sail cannot harm you, the trailing tentacles pack a potentially-lethal sting. The tentacles can sting you even if the animal is dead.

Here is where people get confused, because the best steps to take depend on what type of animal caused the sting. Here's a good basic strategy, especially if you don't know what caused the sting:

1. Get out of the water. It's easier to deal with the sting and it takes drowning out of the equation.

2. Rinse the affected area with sea water. Do not use fresh water! Fresh water will cause any stinging cells that haven't fired (called nematocysts) to do so and release their venom, possibly worsening the situation. Do not rub sand on the area (same reason).

3. If you see any tentacles, carefully lift them off the skin and remove them with a stick, shell, credit card, or towel (just not your bare hand). They will stick to swimwear, so use caution touching clothing.

4. Keep an eye on the victim. If you see any signs of an allergic reaction, call 911 immediately. Symptoms could include difficulty breathing, nausea, or dizziness. Some redness and swelling is normal, but if it spreads outward from the sting or if you see hives on other parts of the body, that could indicate an allergic response. If you suspect a reaction, do not hesitate to seek medical attention!

5. Now... if you are sure the sting is from a jellyfish and not a Portuguese Man of War (shown below, the Man of War is not a true jellyfish) or any other animal, you can use chemistry to your advantage to inactivate the toxin, which is a protein. (Technically the venom tends to be a mixture of polypeptides and proteins including catecholamines, histamine, hyaluronidase, fibrolysins, kinins, phospholipases, and assorted toxins). How do you inactivate proteins? You can change the temperature or acidity by applying heat or an acid or base, such as vinegar or baking soda or diluted ammonia, or even an enzyme, such as the papain found in papaya and meat tenderizer. However, chemicals may cause the stinging cells to fire, which is bad news for someone allergic to jellyfish toxin or anyone stung by a Portuguese Man of War. If you do not know what caused the sting or if you suspect it is from a Man of War, do not apply fresh water or any chemical. Your best course of action is to apply heat to the affected area, since it penetrates the skin and inactivates the toxin without causing more venom to be injected. Also, heat quickly helps alleviate the pain of the sting. Hot seawater is great, but if you don't have that handy, use any warmed object.

6. Some people carry aloe vera gel, Benadryl cream, or hydrocortisone cream. I'm not sure how effective the aloe is, but Benadryl is an antihistamine, which may help limit an allergic response to the sting. Hydrocortisone can help reduce inflammation. If you seek medical attention and used Benadryl or hydrocortisone, be sure to alert the medical professionals. Acetaminophen, aspirin, or ibuprofen commonly are used to relieve pain.

Lifeguards are fully on duty so check on the rules before surfcasting between 10 am and 5 pm. Some municipalities allow fishing near the rocks while some put the complete kibosh on any casting during guarding hours.

Even when you're allowed to cast freely, you really have to go with the flow of beachgoers. All too frequently, they'll unknowingly go in the water and drift right toward your lines. It's a s fi fishing lines have this magnetic draw for bathers. When bathers cross you up, it's not worth getting into a screamathon, especially when the drifters are of punk-age and are readily willing to go at it verbally -- and sometimes physically. You can forget about it if there are a buncha guys and even a single gal with them. They then have to go the full macho Monte, then. As you might have guessed, I've been through a few beachside bashes -- as has many a surfcaster.

Yes all the rumors are true!!! Here is the 65 pound bass that took a fresh bunker chunk last night!! Will Nuzzo never expecting anything like this!! Caught in the Bridgeport/Stratford area!!! Awesome fish Will!!!!!!

Solid day on the sand! ‪ Beautiful fish from this morning.

The year of the bluefish ? It would seem that way as they invaded the Jersey inlets and backbays with a attitude this spring. Big lean & mean fish and usually I go out of my way to avoid them but there was no escaping them this year. Back In April they appeared around my haunts but it was strange before they started hitting anything that moved they were very picky, maybe they were spawning ? You would see them tailing like bonefish in the keys and they were not too interested in feeding. One lure at the time that I found would spark their interest was the new BOMBER LONG SHOTS as they just crushed it , but dealing with treble hooks and demon eyes is not a good combination so most of my fish were caught on a plain old white bucktail from here on out. 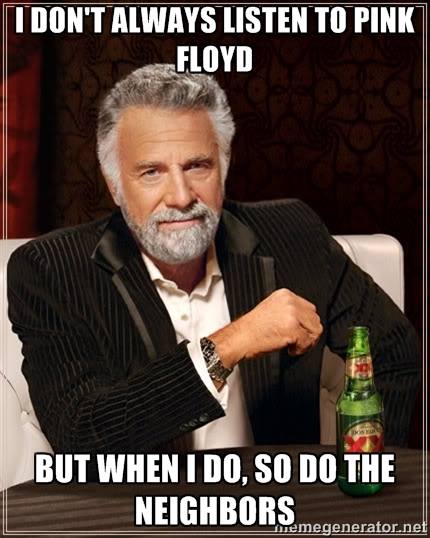