A blog on Truex's NASCAR victory further below. 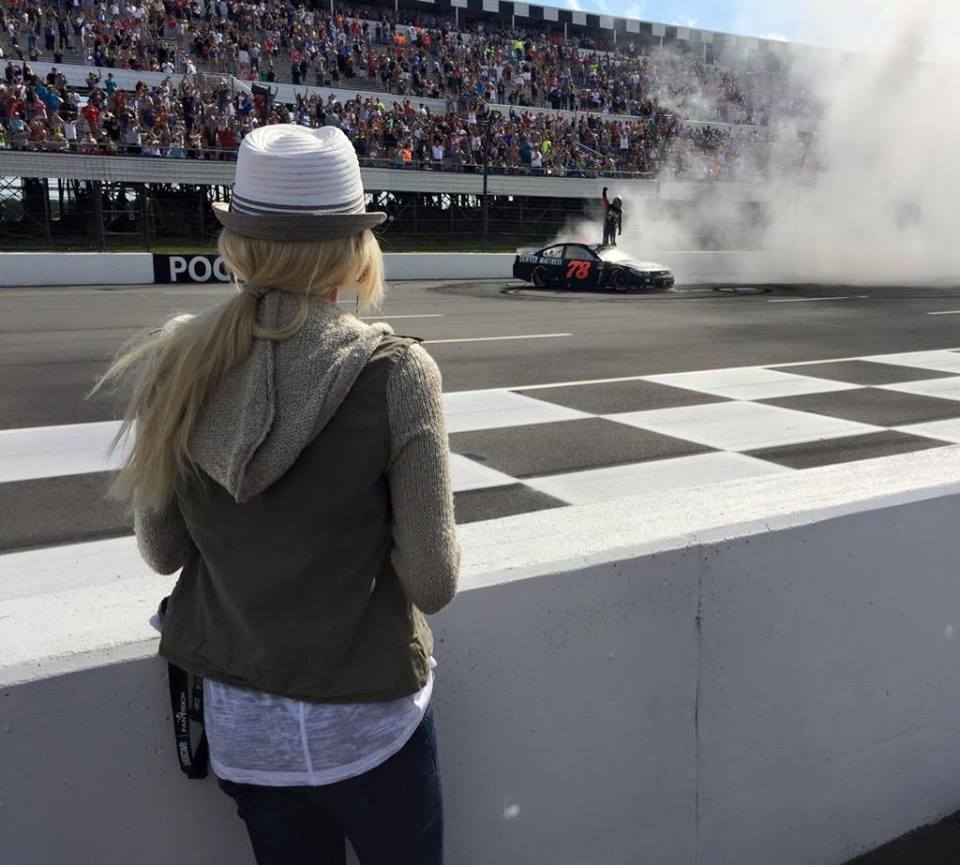 Sunday, June 07, 2015: Gorgeous, simply gorgeous. This day is made for me not sitting here typing … so I’ll be soon be gone -- and come back later, after the very-late sunset. We’re building up to the longest days of the year, which is kinda odd considering from the first day of summer onward, the days grow short and the nights get longer.

Whatever. The beaches have a decent number of anglers catching a scant few stripers.

Saw a very fine fluke come out of the suds (mid-Island) after it inhaled a flavored plastic worm, meant for freshwater. It was being fished off a Corky jighead, maybe ¾ ounce. “I just happened to have it (freshwater plastic worm) in the box so I used it,” he said. He hadn’t done much with bait to that point.

Obviously, it makes very little difference if a plastic worm is geared to freshwater fish. First and foremost, it only needs to have the action, that plasticized waggle and sway that drives most gamefish wild, regardless of the water type. I know of a goodly number of anglers who prefer glittered freshwater plastics when fishing the bay.

The bluefish are pulsing again -- or maybe it’s just more folks are fishing so it seems they’ve lit up again. The average size is what I’d call mid-range; larger than tailor/cocktail/eater size but not quite up there with those full-blown slammers of April and May.

I read a NOAA study on bluefish that suggests they are on a continual spring and summer spawn.

“Recent studies suggest that spawning is a single, continuous event, but that young are lost from the middle portion resulting in the appearance of a split season. As a result of the bimodal size distribution of juveniles, young are referred to as the spring-spawned cohort or summer-spawned cohort …”

The spawn occurs out at sea, where the eggs develop into larvae, then into what’s called a “pelagic-juvenile" stage. This first life-phase for blues may take about a month, during which the tiny blues shape up and acquire some swimming abilities. They then move toward the central area of the Mid-Atlantic Bight.

From the Bight, the tiny bluefish move – either via currents or directional swimming -- toward nursery areas in vital estuarine nursery areas, including bays. As is the case with any and all fish larvae that begin life in the Bight, the trip from sea to shore is haphazard – and surely life-and-death.

All that said, this year’s showing of bluefish would suggest the bay areas MIGHT be filled with snapper blues by summer’s end – like times past when summer snapper fishing in the bay, and even along the ocean front, becomes a prime fishery, especially for kids.

To be sure, there may be no other fishery more capricious than bluefish. No sooner do researchers get what seems to be a handle on the lives and times of the species than it throws out something absolutely inexplicable – a bit like what we saw hereabouts this spring. Such a showing of blues is unprecedented in our waters. Martin Truex Jr. is off the snide! He ruled in the Poconos today, both leading and winning.

And his win was not simply a matter-of-time thing. It was a matter of having amazing cars and displaying amazing driving skills this entire racing season. In the last three races, Martin has been in the lead more than any other driver in NASCAR. While those lead laps offer some bonus points in the Race for the Cup, it absolutely proves today’s win wasn’t just a freak victory. That is also seen in his top ten finishes in 13 or the first 14 races this year, leading to his second-place standing in the current NASCAR SPRINT CUP SERIES DRIVER STANDINGS.

In many ways, that point dominance displays Furniture Row’s awesome  race presence more than today’s win – though the ecstasy of victory is second to nothing in racing. Personally, during the race, I did my usual “I can’t watch!” nonsense. I ended up taking in little more than fleeting glimpses of the race by hiding safely inside other channels. When I just can’t take the pressure of watching the race , I take flight to the Golf Channel – or, if I’m really jittery, The Hallmark Channel. Talk to me, John-Boy.

To be sure, I’m constantly switching back to the race, sometimes dozens of times on end -- only to get re-freaked. Today was doubly freakifying. Every time I flipped back, Martin was dominating the race. The hell with John Boy, I’m going over to “The 700 Club.” Hold me, Pat. I should note that it wasn’t just my nerves that had me adroitly surfing away from the race, time and time again. It was strategic. It has been scientifically proven that my cheering on a team, or in this case a driver, is ruinous to said team or driver. It has something to do with the balance of the cosmos. So I keep my distance. I guess that means I played a huge, if not indispensable, role in today’s victory for Martin and Furniture Row. Had I mistimed my channel surfing, possibly hanging on the race channel just a touch too long, the Number 78 car would likely have blown an engine. I’m truly that much of a factor.

Anyway, Martin in now a shoe-in for the Chase for the (Sprint) Cup Race. In fact, his win has catapulted him into third place in those standings – which differ from the points race.

While Furniture Row can actually cruise a bit before the second half of the season – and the championship -- that will absolutely not be happening. In fact, the entire Furniture Row team is so fired up it can’t wait for next weekend’s race. There’s something about winning that is highly addictive that way.

Oh, it should be mentioned that the owner of Furniture Row, Barney Visser, is rightfully cashing in on Martin’s high finishes. To Barney’s extreme credit, he stood by Martin through last’s year bad-luck riddled season, a season that both literally and figuratively crashed and burned.  This season’s top-shelf winning could lead to a second car for this one-car team. In NASCAR, it’s huge to have a “team” of drivers.