Look closely at the hand falling off. I guess there's a life lesson in there somewhere but that little guy ain't gonna be right in the head for a long-ass time:

Sunday, July 26, 2015: I like when I get fishing reports at church masses since anglers won’t lie in church … yeah, right. Actually, there might be a grain of truth there since I often get an unusually high number of skunk reports as I great folks of the St. Francis Parish. At the same time, logic dictates that skunk sessions aren’t routinely reported via Facebook, emails or calls. Which is a perfect lead-in to the rash of total awful fishing session many folks are now having. After an amazing stretch of fluking, size-wise, not only are we down to no keepers but even the overall hookup rate has hit the skids. I might suggest that the bay water has warmed to an uncomfortable level for bayside flatties. I keep going back to a few prime studies on summer flounder, all indicating fluke can both abandon the bay when the water gets into the 80s or simply stop eating. A load of the hot reports from earlier in the fluke season were bay-based. Remove those bay baggings and add in skunk ocean session and you’ve got this current pause in the bite. Here’s hoping it is just that, merely a pause. 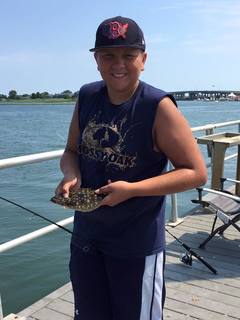 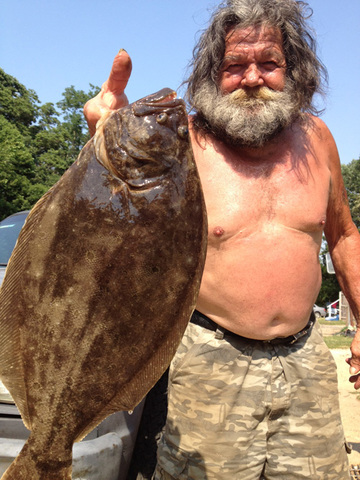 Some folks are now even seeking bluefish. Sounds good to me. A few are being caught here and there but they’re definitely not saving the fishing day the way they can do when things are rock-bottom slow. Interestingly, those cocktail blues I’ve seen caught are mighty thin around the bellies, almost the look of early-spring runners.

I was asked how to cook cobia and I balked a bit. By years of chef work – specializing in seafood -- I’ve never cooked or eaten one. Are they any good? Below: Years back, while cooking at this small LBI Mexican restaurant, Jose by the Sea, I made tacos and enchiladas with every local seafood. I was just coming on duty in this photo so I wasn't yet wearing my cooking hat/wrap and apron. The stiff south breeze forced a rescheduling of our charter with Harvey Yenkinson but made for good land based bay fishing conditions. The kid loves wading and fishing the channel edges so we got wet and made the best of it....

Yesterday evening we found a 6ft. deep hole on the beach. We want to remind people that digging holes deeper than knee height of the person digging is prohibited & holes should be filled in. Sand collapses have killed dozens of people in the U.S. and injure many more. Large holes are also dangerous for emergency vehicles on the beach and keeps the beach rake tractor from properly cleaning the beach.

Stingrays ain't got nothin' on us ... 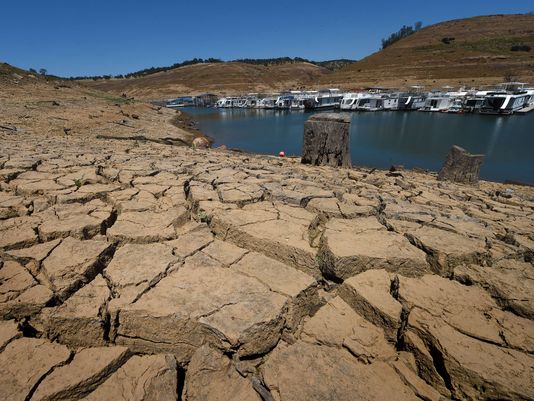 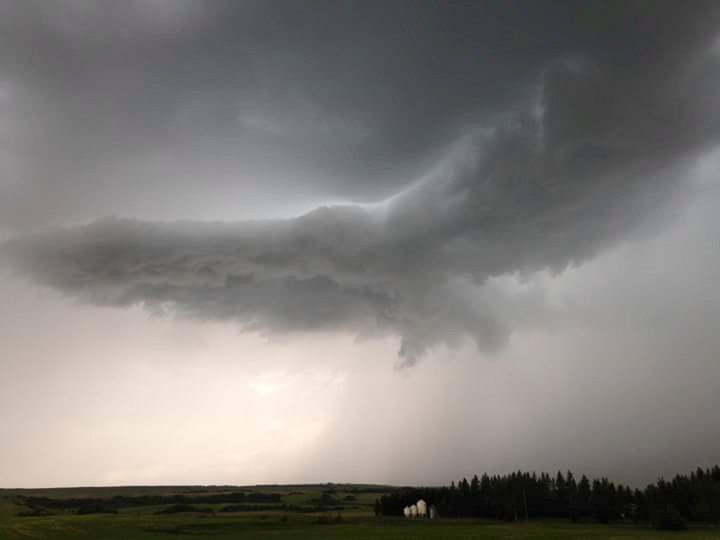 RJ's first ocean trip and reeled one in.

Below: An example of the near-past fluking success ...

I can't lie - I've never caught a true 'doormat' fluke (10 pounds). But that's not gonna stop me from fishing with good friends this weekend for a chance at $50,000!!! Getting new 'squids' in the morning Austin Perilli and a 55-gallon drum of Gulp!

The fluke in the back have been very picky and you have to work a lot of areas to find a keeper, it seems most are spread out among the short fluke.  I did run to two reef sites this past week, but it was extremely slow on fluke.  But that could change with the winds and based on my log books these areas should be popping with fluke this time of year.  I heard a sputtering of reports of Bonita at the Ridge, but no real concentration or volume.

So here is the rundown for this past week’s trips:

I had Al Bidwell of Apalachin, NY, his son Brian, and family friends Peter and Laura Holbus on a 4hr Bay & Inlet charter. We started working the inlet for 1-5lb bluefish on artificials and we had them instantly with multiple hookups. Unfortunately, after a few drifts one of the group members got a little green and we had to head to the backwater leaving the blues biting, We moved from spot to spot picking away at the short fluke. Brian almost struck first bucktailing a nice fluke, but unfortunately lost it at the surface prior to netting the fish. Al bucktailed a nice 19.5 incher that made it’s way to the box. The crew did a great job and had an awesome morning on Barnegat Bay. Note: We also hooked into 3 rays that couldn’t be identified - only by nearly spooling our light-tackle setups.

Next up was return client Art Diebel, his two sons Bruce and Walter, and his daughter Nell on a 5hr Ocean Charter. We started fishing closer to shore and found fish right away boxing one 19inch fluke and a bunch of short fluke and skates. As I moved offshore, we saw a few pods of dolphins, chick birds, and even a pair of fin whales (possibly - hard to identify) - lots of sea life. We hit another area that was holding sea bass and fluke and our first drift produced 3 keeper sea bass and short fluke. We had to leave them biting with sea-sickness settling into one of the crew, and headed closer to shore, but ultimately had to move to the bay. The foursome caught and saw a wide variety of marine life today: possibly fin whales, common dolphins, bluefish, sea robin, skate, fluke, sea bass, triggerfish and cow-nose rays.

Later in the week, I had return client Bob Cipolla, his son Chris, and their family friend Chuck Kreiger who was up from Florida on vacation. We jigged a variety of locations within 2 reef sites.  The crew put a limit of sea bass in the box, but could only muster short fluke just below the 18inch mark.  They also picked up ling, and some short sea bass. Nice job with a great day on the water.

I was able to get out and do some personal fishing, and with a day off from running a boat could concentrate on working the bucktail for some fluke.  I fished with fellow Forked River Tuna Club member Paul Lenzo on his boat, and also with FRTC member Harry Boldt.  We fished two primary locations offshore of IBSP and ended the day with 9 keeper fluke up to 5+lbs and 1 lone 15inch sea bass, and over 40 short fluke. Most of the keepers were caught on the S&S Rattletail jig tipped with Gulp and minnows. Great day on the water with both and thank you Paul.

I do have a few openings in the next couple of weeks, and are available for charter 7 days a week. If interested in booking a charter, book through the website (www.reelreactioncharters.com) or call 609-290-7709. As always we use the highest quality gear and everything is included all gear, tackle, fish-cleaning, and ICE - it's "no worries" fishing. Just come and FISH.

Largest tile I've ever seen bottomed 2 60 lb scales I don't know if formula works on tiles but it out this fish at 64.5 lbs fish next to it was 28 lbs. Epic fish good eats!!!

Typos I can actually related with ...

This story comes from
http://www.people.com/people/ 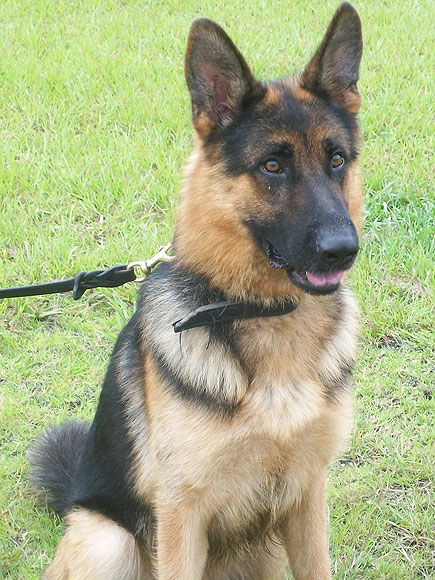 A Georgia K9 officer at Savannah State University died earlier this month after his handler mistakenly left him in a hot car – the second such police dog death in the state this month and the fourth nationwide since mid-June.


Baston, a 7-year-old German shepherd, passed away on July 10 at his handler's home in Rincon, Georgia, after being left in the car for three to four hours, according to police reports.

Authorities say that Baston was forgotten in the back seat of the car after his unidentified handler brought in food to his family at home. The handler then had dinner and fell asleep before realizing he left the K9 in the car. But by the time the handler reached the car, Baston was dead.

The windows had been rolled up and the engine was turned off. Baston was rushed inside and put into a cool bath – but it was too late. Weather reports show temperatures that day reached above 95 degrees.

Baston joined the SSU Police Department in 2010 and helped multiple local law enforcement agencies during his time on duty.

"The Savannah State University family is saddened by the loss of K9 officer Baston," SSU said in a statement to PEOPLE. "He contributed significantly to the safety of all on the SSU campus for the past five years. Baston's skills were also employed to assist surrounding law enforcement agencies and departments."

Baston's death comes within days of the death of another Georgia K9. Zane, a 5-year-old bloodhound with Conyers Police Department,  was found dead on the afternoon of July 16 after being left in his handler's car for about 10 hours, officials told PEOPLE. 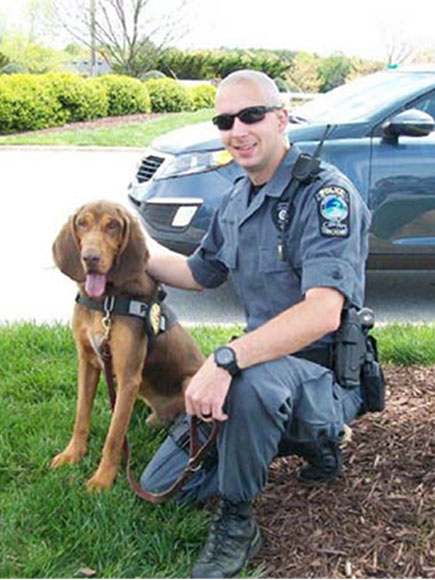 Williams discovered his mistake when he woke up, and he immediately called his supervisor, Lucas said. He was placed on paid leaving pending an investigation, but is "completely devastated," she said.

"We fully believe this was a sheer accident," she said.

There are no laws in Georgia that prevent officers from keeping their dogs in the car, according to  WTOC. "A law like that would hinder dogs from being effective. They need to be able to be on a scene in minutes," one handler told the station.


Lucas says it's within department regulation to briefly leave a dog in a vehicle as long as it's running – and vehicles such as Williams' are equipped with additional safety measures while the ignition is on, which trigger if the car overheats.

Since mid-June, there have been two other such police dog deaths around the country.

Mason, a 3-year-old "community engagement officer" in Gulf Shores, Alabama, died in on June 18 after being left in the back of a patrol car while on duty. And on June 30, a Stockton, California, K9 named Nitro died after the air-conditioner failed in his police car.

Stockton Police spokesperson Joe Silva shared with PEOPLE what his department is doing to prevent any further K9 deaths.

"Handlers have been directed to leave their K9 partners at home on days the weather forecast calls for 100 degrees or more, until new vehicles are put into service," he said.

Silva also said that while this is the first incident he can recall of this kind at SPD, everyone should take precaution when it comes to leaving anyone or anything in a hot car.

"Everyone needs to remember that dogs are more vulnerable to high temperatures than people," he said. "Animals can sustain brain damage or even die from heatstroke in just 15 minutes."