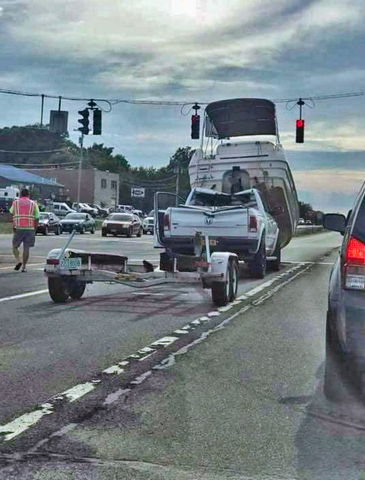 Sunday, July 22, 2018: What a day a difference makes. While the ocean will take another 24 to fully calm from those 45 mph easterlies, it was a fine one out there for some everyday sunning. I took in the rays by playing volleyball over at HC’s Sunset Park. The peanut bunker schools swimming near the public pier are as thick as can be fit in there. They come and go, drifting slightly south before returning to the pier-side.

Here’s a sting ray communique I got:

“I was using the pavilion, ocean-side, by the Long Beach Township municipal complex and was watching shadows in the surf with swimmers and all along the beach south of the swimming area.  At first I thought it was cloud shadows but then realized it 2as something more.  Swimmers were not noticing nor those sitting comfortably on the beach.  After watching for quite some I realized the shadows were sting rays.  Not several but 50-100 or more.  They appeared to be schooling, riding the surf for food with wing tips occasionally breaching the surface.  Eventually beach goers realized what was happening and enjoyed the show.  I have no idea if this is a normal phenomena or was just a private show at that time.  It was amazing to watch once I figured out what the shadows were.  I guess the height of the pavilion created a unique vantage together with the extremely clear water.  Attached find a photo I was able to take. Thought this might be of interest.  Thank you.”

Forgot to post couple of pictures of some spectators at the Mayor's Cup yesterday.

Awesome! Tonight’s dinner, black sea bass, caught fresh from the Atlantic by Pat, steamed clams with white wine and garlic, both on the grill, and the best zucchini casserole ever, fresh from the garden, along with jasmine rice. Jersey fresh, yum!!

Just a reminder - you may save $30 be registering for our tournament by 7/23. WIN 50K in our doormat fluke category!

One of the notable catches the past few days was 12yr old Kathryn Viccaro's 7lb Fluke caught in 5 feet of water. She was out with her 10yr old sister, Mom, and 75yr old Grandmom and this was Kathryn's 1st time fishing. Awesome job!

Fished for a few hours this morning and got a couple of shorts in front of the stink house. dropped a doormat at the boat . quik release. had some time to fool with my new phone . panorama is really neat. I guess i will ask Logan to show me how to use it lol

Fishing was slow inshore until we found them late but always a good time to watch Elyse Elyse crank in Tuna. Caught on a Magictail Pink headed Which. Frank Crescitelli

On the afternoon of Tuesday, July 17, 2018, Massachusetts Environmental Police Dispatch received a call from a concerned fisherman regarding individuals along the Cape Cod Canal that appeared to be harvesting striped bass over the daily recreational legal limit of one fish per person, a minimum of 28-inches in length. Information provided by the informant indicated the individuals were shuttling fish back to their vehicle, then continuing to harvest additional fish.

Based upon the descriptions provided by the caller, officers were able to locate the individuals and observe the area from a distance. During this period, officers observed one of the individuals return to his vehicle. The Officers subsequently initiated a compliance check and determined that the three individuals possessed double the legal daily catch limit of striped bass.

The three individuals were charged and issued notices to appear in court. The catch and the fishing gear were seized; the catch was donated to the Plymouth Area Coalition in Kingston.

The Massachusetts Environmental Police appreciate the stewardship exhibited by the citizen who saw something – and said something. Conservation of the environment is everyone’s responsibility, your eyes and ears can be some of our most valuable too

(18/P62) TRENTON - With a wet spring coupled with the arrival of a hot summer, the Department of Environmental Protection is reminding property owners of common-sense steps they can take to help reduce mosquito populations and the risk of mosquito-borne illnesses, Commissioner Catherine R. McCabe said today.

"Protecting public health from disease-carrying mosquitoes is a very serious priority," Commissioner McCabe said. "In addition to measures taken by local and county mosquito agencies, we urge the public to diligently remove standing water from their properties and follow other measures that will reduce the risks of being bitten or becoming ill."

New Jersey's 21 county mosquito control agencies use a variety of methods to combat mosquitoes, including public awareness campaigns, larval habitat source reduction programs, use of natural predators, and judicious application of approved insecticides by ground and aerial means to manage mosquito populations and reduce the threat of disease transmission.

To date this year, early season mosquito testing reveals that both Eastern Equine Encephalitis and West Nile virus are circulating within mosquito populations in New Jersey. Even with dry weather, diseases can be spread as mosquitoes and birds share the same water sources, making it even more important for the public to remove sources of standing water in their yards that can serve as mosquito breeding grounds.
"With increased temperatures these past few weeks numerous mosquito samples from across the state have been confirmed to be carrying West Nile virus," Office of Mosquito Control Coordination Administrator Scott Crans said. "County programs are using this valuable information as an 'early warning system' to direct local resources efficiently while working diligently to minimize the threat of disease transmission."

The New Jersey Department of Health also reminds the public that its assistance in eliminating mosquito breeding areas is critical.

"As New Jersey moves through mosquito season, it is important to remember that reducing exposure to mosquitoes is the best defense against mosquito-borne viruses like West Nile virus and travel-associated viruses like Zika and dengue," said Department of Health Commissioner Shereef Elnahal.

Residents, business owners and contractors can take these steps to reduce mosquito populations on their properties:
* Empty water from flower pots, pet food and water dishes, birdbaths, swimming pool covers, buckets, barrels and cans at least once or twice a week.
* Clear clogged rain gutters.
* Check for and remove any containers or trash that may be difficult to see, such as under bushes, homes or around building exteriors.
* Use EPA-registered insect repellents when outdoors and wear protective clothing.
* Stay in air-conditioned places or rooms with window screens that prevent access by mosquitoes.
* Dispose of tin cans, plastic containers, ceramic pots or similar water-holding containers that have accumulated on your property.

* Drill holes in the bottom and elevate recycling containers that are left outdoors.

* Repair and clean storm-damaged roof gutters, particularly if the leaves from surrounding trees tend to clog drains. Roof gutters can produce millions of mosquitoes each season.

* Turn over plastic wading pools and wheelbarrows when not in use.

* Clean and chlorinate swimming pools, including those not in use. An untended swimming pool can produce enough mosquitoes to result in neighborhood-wide complaints. Be aware that mosquitoes may even breed in the water that collects on pool covers.

* Repair and maintain barriers, such as window and door screens, to prevent mosquitoes from entering buildings. Barriers over rain barrels or cistern and septic pipes will prevent female mosquitoes from laying eggs on water.

To learn more about the New Jersey Mosquito Control Commission and for links to county commissions, visit www.nj.gov/dep/mosquito
For more information on how to prevent mosquito bites and illness, or to mosquito-proof your home and yard, visit http://nj.gov/health/cd/documents/faq/mosquito_checklist.pdf or http://nj.gov/health/cd/documents/topics/vectorborne/C2506--Mosquit...