Below: The true reason behind honey bee hive collapse ... It began with cutbacks in Bee Traffic Control personnel.

Sunday, July 19, 2015: I just left the beach (1 pm) and a south wind was blowing -- but nothing critical. As predicted, early morn offered very calm winds and ideal fishing. I took in some radio chatter with smaller fluke, stingrays and even some smaller pelagic sharks being taken as bycatch. I saw a photo of a 7-lb doormat caught by a young fellow fishing off the rocks on the New South Jetty, BL. Yowza.

Triggerfish have begun showing, mainly smaller ones. You really can’t target them, per se, though they hang near reefs and rocks. Larger ones make an amazing meal-in-one, when baked or BBQ’ed whole – in the skin, after being gutted. I rate them as near the top, taste-wise. More reports of serious slime problems in section of Barnegat Bay. I had that stuff because it can drive all mobile marine creatures away when it settled atop eelgrass patches. Benthic life on those impacted patches, go into a dire survival mode. It takes a kick-ass tide or prolonged nor’easter to really flush the crap out of the bay. On a more upbeat bay note, the spearing showing – all sizes -- is high and healthy. Of course, I’ve seen them thrive when a lot of algae, even bad algae, is lulling around.

Hit the water both days this weekend, stayed strictly in the bay on Saturday for what turned out to be a very slow day. we only boated 6 to 8 fluke with the only keeper being caught by my cousin Sara from Florida. 4.8 lbs. Sunday, we started our day up the beach, in little over and hour we boated around 20 shorts with one keeper. A couple of my passengers lost their lunches, so we headed back into the bay and boated another 30 plus fluke with 3 more keepers.

So I must have gone fluking about ten times already this season. Only 2 shorts and a bunch of skates and sharks. Took the kids out today. My 5 year old, William caught 2 keepers and a short, Alena got a short. Me...well...I got a spider crab lol. Way to go kids!!! Proud Daddy here. WithRose Kennedy

Got SuperStrike Zig-Zag Darters ? Blurple ~ Getting it Done

Black and blue for dinner!!!

If you haven't seen this shark attack that took place during a surfing contest in South Africa, here's the long version video. I, like many around the world, was watching the contest in real time on my computer. My first flash was a stingray splashing about then I realized that was the quintessential great white dorsal. The commentator says it was two sharks but I can't see that. The still photo is a frame from the live e-broadcast we had been watching. 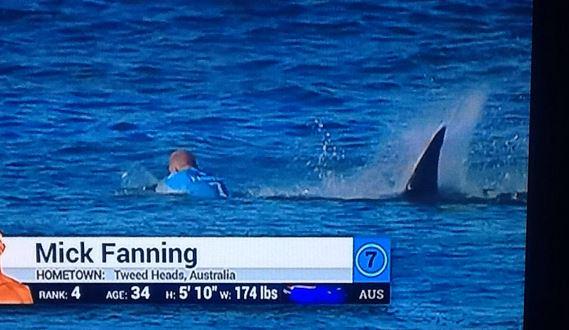 After missing most of the Striper season this year it's good to get out
for Fluke. Fished yesterday on the TNT with Joe Firman Dick Izinu and Matt Sagan in a tourny. We had some great fishing but did not find the 1 we were looking for. Going to get it done this week!

Way to go Alex ,first shark of his life and first time fishing for them ,that is my boy

JT and I went out Friday and had non stop action for hours. We both caught our biggest of the year, and JT set a new personal best. Went again Saturday with Todd and his son Alex. Unfortunately we didn't have the same luck. Slow night with a few lost opportunities. Alex did manage to land his first shark ever. Congrats Alex!

An enormous 23-pound lobster, believed to be at least 95-years-old, won’t be getting served up on anyone’s plate. The rare crustacean will live out the rest of his long life at an aquarium, confirmed the owner of the service that supplies lobsters.

Jordan Lobster Farms in Island Park, Long Island, stocks 30,000 pounds of Maine lobsters and frozen Brazilian lobster tails, and a 23-pounder would have been a great addition to the inventory. But the owner had a change of heart when he learned about the rarity of the sea creature and, more importantly, its age. Stephen Jordan, the kind-hearted owner of the establishment, was informed about the unusual catch while unloading a shipment crate this week.

The experienced fisherman shared it was not possible to determine the exact age of the lobster, but judging by its enormous weight, one could safely guess the lobster to be about 95-years-old. When an ordinary lobster weighs a few pounds max, it is certainly amazing to find one that weighs 23 pounds, reported 10 News.

The lobster has become a celebrity of sorts, with people lining up to have their photos taken with the rare crustacean.

Speaking about the creature, lobsterman Jordan said, “One of our fishermen sent it down and said, ‘Oh, you gotta look, I have a surprise in one of the crates. We opened it up and were like, ‘Holy Jesus!’ We haven’t seen one for ten to fifteen years that big.”

The lobster was caught in the Bay of Fundy in Canada. The crustacean has become so popular that Jordan decided he couldn’t sell the lobster to be eventually eaten.

“Everyone here is calling him Claws instead of Jaws. One claw must weigh 14 pounds.”

So instead of selling him as seafood, Jordan has decided to donate the lobster to the Long Island Aquarium to live out the rest of his life in peace, reported ABC News.

“They’ll take good care of him. He was a little stressed out yesterday. It was a lot of action, so we have him in his own apartment in the back and we’ve been feeding him well. We’ll give him another day to recover.”

Referring to the rare sea creature, Jordan likened him to the super-large creatures that roamed the earth during the Jurassic era and explained his intention of giving it to the aquarium.

“It’s almost like a dinosaur. You’d like to see it continue on and I think they would take good care of it.”

At the risk of offending this blog's author, which I don't mean to do, I have become dismayed by the proliferation of shark captures and their deaths. The previous post certainly proves I am not the only one who sees it this way. I don't think its anything to be proud of, either.

If sharks are dying and you can pinpoint it, let Fish and Wildlife enforcement know. It's no different than folks killing -- even by accident -- striped bass or fluke, after failed catches and releases. It's bad. I'll check with beach cleanup crews to see if they're seeing an increase in DOA gray suits, as they clean beaches every morning at sunrise.