Cooling down after the delivery rush ... 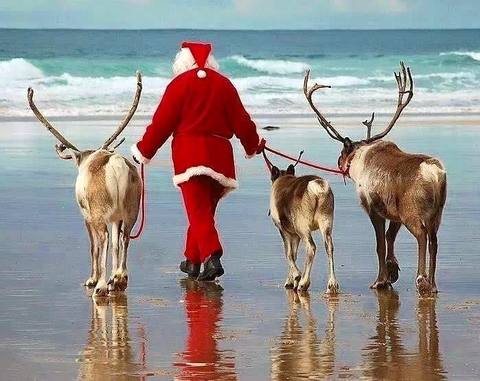 Below: If only hunters would take after anglers who catch-and-release ... 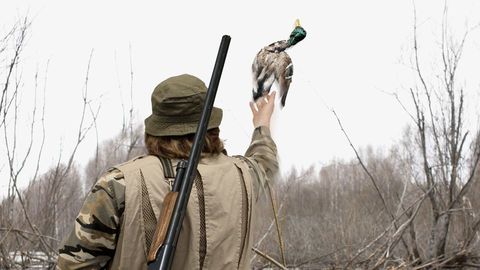 Still bass on the frontbeach. OK, so I only saw one on the sand near a couple anglers – who, by the way, were holding their rods. That’s often a sign that fish are close at hand. The bass they had on the beach was a beauty. It looked to be 30 inches.

Jason S stopped in with a 33 inch bass & photo of 26 incher he released. He released several others #lbi #fishing And there is a load of surfcasters out there for the last week of December, though it wasn’t hard to predict both the bass and anglers would still be hangin' out. The ocean is 50 and the air is in the upper 50s along the beach. It’ll get much warmer as the west winds blow a bit.

And winds will be playing rough throughout the week. Also, we’ll be flirting with Canadian air, allowing highs only into the 40s ... when in control. There will also be some milder air mixing in; a bit of a roller-coaster out there, temp-wise. 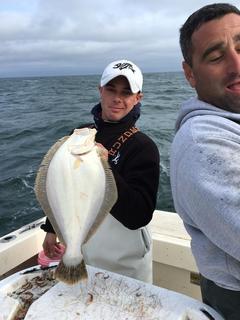 Cod fishing south of RI/east of Montauk is the best in years. But the problem is party boats are packed with fishermen now. I know many fishermen want to fish with light crowd even they pay extra.

Below: The fish's point has been made ... 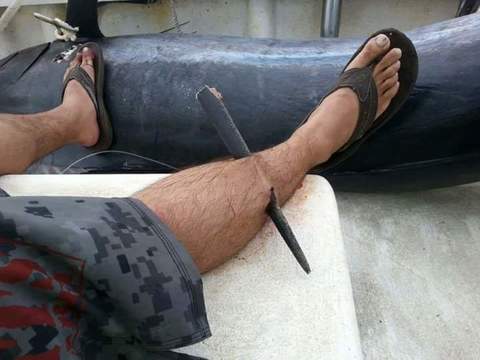 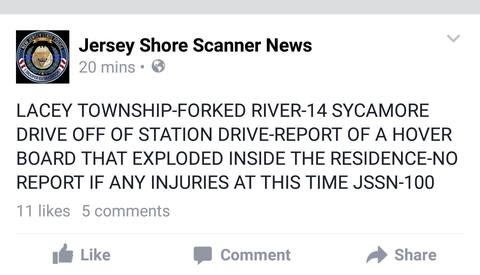 DOGGIN' IT ON THE BEACH: I’m not sure if it’s the commonness of my truck being seen on the beach or if it's the road cones I keep in the bed but I often get waved down by folks with questions. Today I had a rather brisk gal stop me. She asked a question I wasn’t quite sure about. Yep, even I occasionally get a question I can’t create some sort of answer for. It had to do with dogs on the beach, which is obviously allowed in the off-season.

Her question, posed in more of a this-is-how-it-should-be way, was whether or not beach dogs must be on leash. I knew her point, as I oft have dogs come a’runnin’ up to me to say “Hey” as they’re being walked – and I love it.

This asker didn’t seem the dog-petting type. Nonetheless, hers was a legit question based on the police scanner I keep on in my office. I know of at least one local person who repeatedly calls the police upon seeing an off-leash dog on the beach. The cops must then go and advise the dog walker of what must be a leash law. While that seems like an answer, I have so many police frequencies going at once on my scanner that I haven’t noticed which town the caller lives in.

Here is the Long Beach Township ordinance concerning when dogs can and can’t be on the beach. While most folks know the dates, one part intrigues me – in bold.

§47-5: No animals, except Seeing Eye dogs, whether leashed, harnessed or otherwise controlled shall be allowed upon any public beach at any place within the limits of the Township from May 1st through October 1st of any year. This restriction shall not be in effect between October 1st and May April 30th of any given year.

Conversely, when dogs are allowed on the beach does it require they be leashed, harnessed or otherwise controlled?

I called the town but even stumped those folks a bit.

That said, most dogs I see are joyfully off-leash so here’s hoping folks know their pets -- and a bad-apple dog doesn’t run over and latch onto someone. That'll cement any efforts to keep all beach-running pups on a short leash.

I can assure, from my years of beach running, even the finest mannered off-leash dogs often can’t resist going balls out upon seeing somebody running the sands. What’s more, no amount of screaming from owners can sway a dog’s gravy-train of thought upon seeing the human game is afoot – and running after runners is a game to dogs, though I have a left-leg scar from when one pooch that took the game a bite too far.

As for dogs and buggying, most owners freak upon seeing an approaching buggy, as if we’re traveling at some lethal dog-strike speeds. Many an owner will grab and hold their pet in a death grip until I drive past – at 15 mph. They're not always smiling at me even though I'm crawling along.

I'll likely get nowhere by bringing this up but the Holgate Wilderness Area is off-limits to dogs year ‘round -- as in never. Despite highly-emphatic, entry-way signs saying “No Dogs All Year” there is a near daily incursion of dog walkers. I truly don’t care, personally. But there is always a tenuous give-and-take with beach usages down there so I do care about keeping peace afloat thereabouts.

Striper Day 2016 is scheduled to take place exactly two weeks from today, so I figured it would be fitting to delve a little deeper about where, why, who and

Something tells me this pigeon is not having a nice Christmas. Just stumbled across this carnage during my daily walk through town. The pigeon is trying to escape but does not stand a chance. 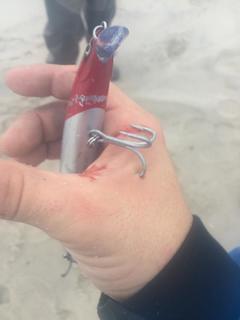 Can You Spot The Hidden Deer In Plain Sight In These Photos? Only 3% Of People Can! 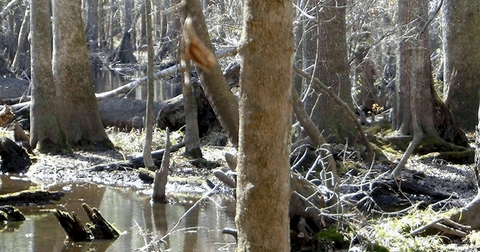 Caught half a dozen on the
Robert Berger skunk bucktail. My brother inlaw got me more purple heart wood for xmas.. awesome gift , I'm building myself several Vegas gangsters in 5" to fish in my own bag. These should be spectacular. .. to match the larger needles . Had to have some for myself it's Christmas. .. 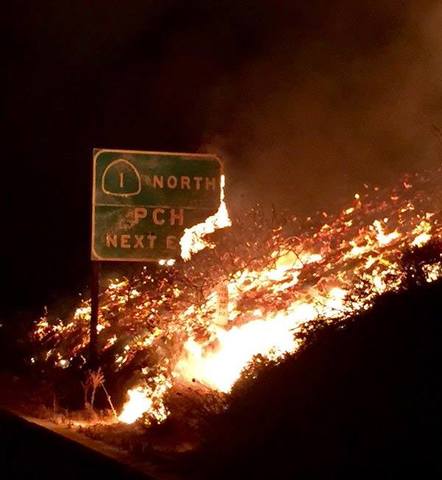