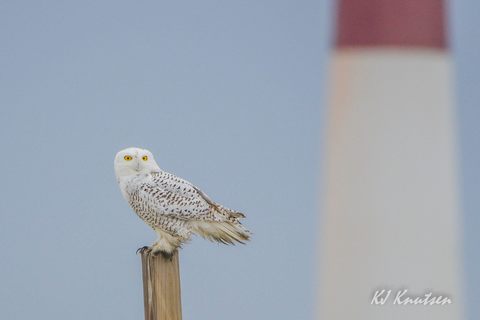 Sunday, December 11, 2016: It’s still frickin’ frigid out there … by our standards, made wimpy by such a mild fall – to this point. And it’s still fall, though you won’t fall for that line if the weather future plays out the way I see it.

While I always try to eeks out any iota of warmth I can – and I’ve done a dang good job to this autumnal point – we could be in for a bout of truly frigid air this coming week ... lows in the low teens ... WTF!?

To see some horizon hopefulness, I’ll note a possible temp upturn in the post (long-range) ten-day forecast that could bring us a patch of above-average air. But until then, you better have your outside water turned off. I got to mine last week and even though we aren’t seeing a deep freeze, I’m glad I got all that climbing around in the crawlspace out of the way.

There are small bass in the suds, late-day … though not after dark. A buddy caught a exectamundo bass, coming in as close to 28 inches as you can get, and still be legal. He told me he as surprised at how skinny it was. To that I always state the striper data indicating they do fatten in the fall due to convenience of foodstuff more than a bluefish like life-necessity fattening.  Stripers feed all winter, especially the larger ones that overwinter in the thermocline warmth, where water temps are pretty much fall-like.

For bass in winter, aasy-to-find/grab crustaceans are a major winter foodstuff, as they are on a year’round basis for bass. Grabbing crabs is very low in energy output. Also working in favor of overwintering bass is their all-around low metabolism. They can lull happily lull about for hours, even days. Sure, they can be zippy in blitzy spurts but they’re metabolism is not even in the ballpark with constantly tazzed out bluefish -- or even weakfish, which are a lot more amped up than they get credit for being.

FYI: Shoreline gamefish in the mid-metabolism zone are tog and black seabass. Low end are all flounder, with winter flounder slower than fluke. On the high end with blues are ocean/Atlantic herring.

Think all herring are the same?: Here's your everyday wolf herring from Down Under ... 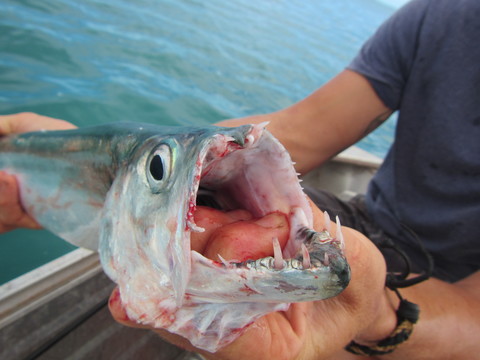 I won’t get into the metabolism of big gamefish (pelagic), virtually all of which never slow down long enough for anyone to take their metabolism, except maybe mahi lollygagging under a friendly floatable. Watched a Holgate seal come up with a large flatfish of some sort in his smiling teeth. Most likely it was a large winter flounder. 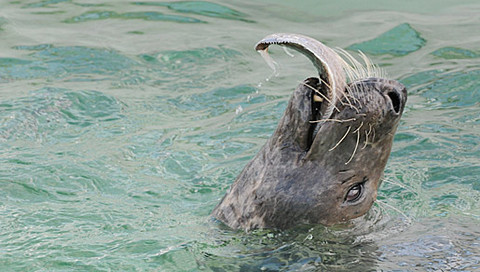 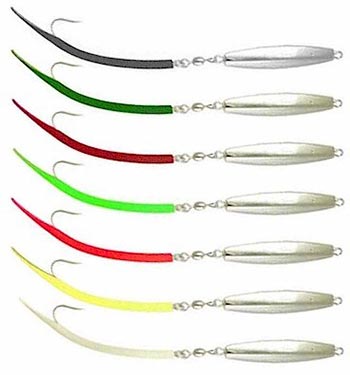 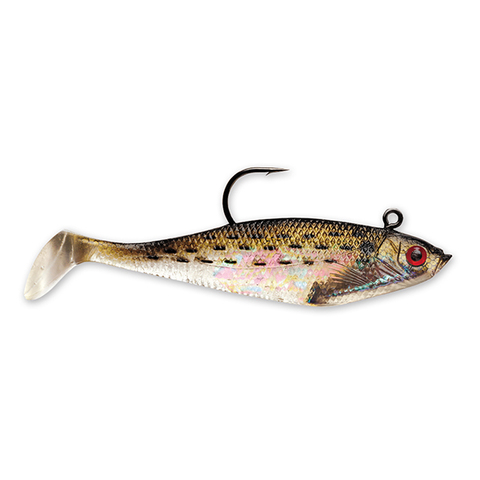 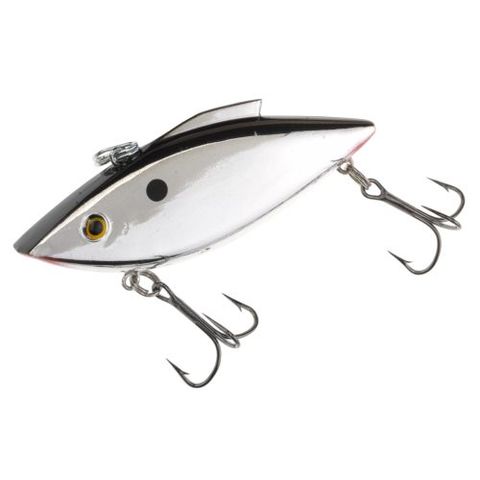 Well NJ deer week is over, Had a blast I was at the club this week had a great time, with friends listening to old stories about things that happen during deer week in the past and also in town back in the day .The thing about deer week that most don't realize is that is more about that, then how many we have hanging at the end of the week. Especially with a club like the Manahawkin Antlers that has been around for so many years. The history and the traditions that has been passed on for 4 or 5 Generations for some members and family's . Before rt 72 was here, and Manahawkin still had farmland. Yeah had a great time and yes we hung a fair share of deer, more than some less than others. Got a few, missed a few, ( well I didn't miss, just saying ) but every one of them just add to more stories including the doe that almost ran me over as I watched her big eyes watching me as she passed within 6 ft at full speed. By Saturday were beat up, cut up by friars, and dead tired. But come work time next week, I'm sure we all can't wait to do it again next year, We already started planning our changes for next year. Sound like a story there Jay Mann.
"I'd rather be in a tree"

With Capt. Jake Hiles of Virginia Beach, the team caught its fish on the first day of the three-day tournament and held on for the win and are all set for a very Merry Christmas - taking $48,000 out of the $94,500 total purse.

The tournament is the largest striper tournament on the East Coast and has donated thousands of dollars to the Children’s Hospital of the King’s Daughters and other charities. Fish weighed in become the property of the tournament and are donated to local food banks.

“Six years of low recruitment,” is what I'm hearing from the environmentalists, and what I keep getting told by those who WANT drastic fluke reductions (after all, the NOAA fluke cuts in 2017 will decimate the industry, drive more party boats out of the picture, and reduce the number of anglers on the water – it’s what the white collar, elite anglers have always wished for.) But six years poor sampling rates on younger, smaller fish, that’s a little scary, right?

But did you know that NOAA Fisheries got themselves a brand new survey ship in 2009? Yup, the 200-plus-foot R/V Bigelow started doing fisheries assessments roughly 6 years ago – you don’t think, perhaps, that fancy new government ship might be using the wrong equipment to do trawl surveys on small flounder, do you? I mean, it's just a coincidence, right? Bureaucrats and environmentalists wouldn't try to deceive the angling public, would they?

Back in August, Phil Heasley, from Florida, caught a 76.5 pound white marlin, making him the winner of $2.8 million dollars in prize money.

Tournament officials, though, said Heasley and his crew failed the post-tournament lie detector tests regarding tournament rules, which disqualified him as the winner. It also meant Heasley would not receive the prize money. Instead, the money would be divvied up among thirteen other anglers.

White Marlin Open officials filed a Complaint for Interpleader, essentially asking a judge to decide if in fact tournament rules were broken, and if so, how the prize much should be dispersed.  Heasley filed a motion asking The polygraph results be thrown out, arguing that since White Marlin Open officials asked a court to determine if Heasley was eligible for the prize money, White Marlin Open abandoned the process for determining a winner based on its rules, thus invalidating the use of the polygraph results. Judge Richard D. Bennett denied that motion Friday.

Judge Bennett also decided the case will stay in federal court in Baltimore, as opposed to returning to Worcester County.
Attorneys in the case now have ten days to tell the judge when they will be ready for trial. a trial date will be then presumably be set.