Sunday, December 06, 2015: It’s flirting with late-fall perfection out there.

Getting to it today ... also up against it. 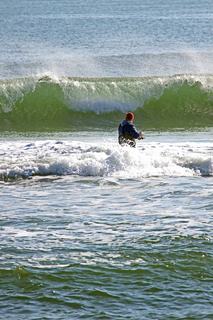 Sunday, December 06, 2015: It’s flirting with late-fall perfection out there. Sunshine out the kazoo and a clean-green, which is also looking fishy – as if it should hold stripers the way the waters to our north are holding them today. 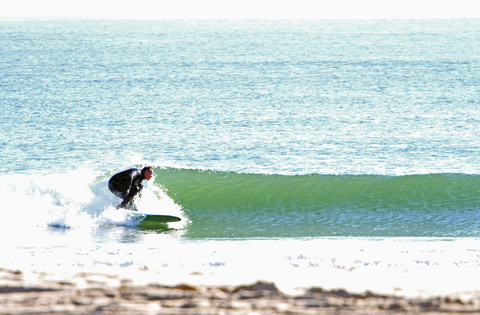 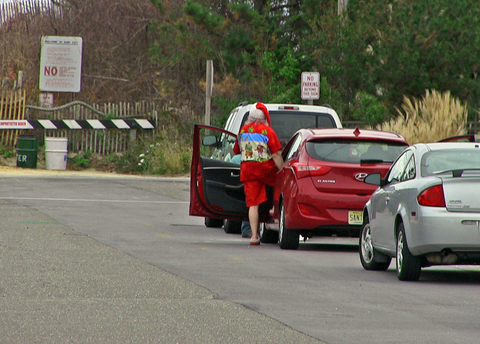 Yesterday, I had to take off part of a perfect day off outdoorsy stuff for the Ship Bottom Christmas Parade. Thousands of others also took the time to see the parade. It was easily all-time record-breaking crowds sardining along the Boulevard to take in the attractions of a parade with a theme of “Fishing you a Merry Christmas.” Even outdoorsman Mayor Bill “Porky” Huelsenbeck got into the Christmas spirit, though both he and I bolted after the event to sneak in a tiny piece of late afternoon outback time. I went to shoot photos of late-fall mushrooms and he headed to North Jersey hoping to bag a black bear – a trophy to go an amazing elk he recently shot out west.

Below: Packed in parade in Ship Bottom. 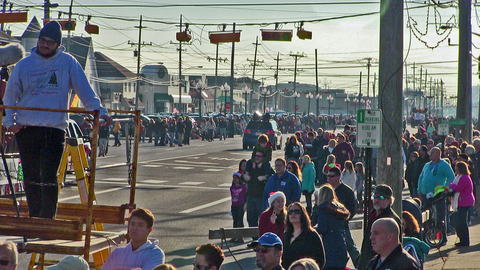 During the readying for the parade, I had to sit through a load of parade folks talking about the ways they’ve been killing bass off IBSP – and even a few boat anglers bagging bass off LBI, mainly near the replen in LBT and down off southern LBI.

Beach fishing can’t get any prettier than it is out there now. To have air and water temps flirting with 50 degrees in December is fine by me – and maybe other lightweight surfcasters. It also works for the schoolies – again, mainly to our north. 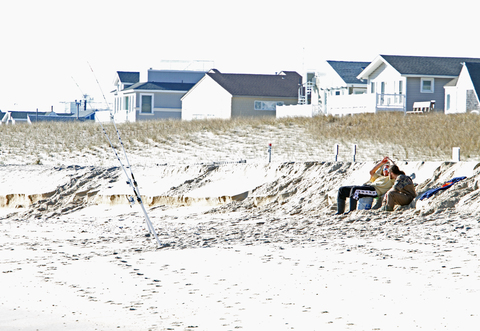 I was chatting with the owner of Woodies Restaurant. He had been mugging bass off IBSP. He noticed that yesterday and bass went from chubby to skinny. That means an entire new biomass has moved in. Let’s hope that’s good news for us down here.

Ummm.....Honey....I don't think the Christmas lights are getting done this weekend. Love you Lori Fillar Kopenhaver!! Currently, the shortened days are the downside to all outdoorsing. To paraphrase the late/great Yogi, it now gets late early around here. We have a couple more weeks of shortening days, then we turn the short-day bend and days slowly begin gaining length and strength after the winter solstice.  El Nino is keeping us mild. No bitter weather in sight as west to east jet flows are holding those polar vortexes way to our north. The traffic backups late yesterday were monumentally bad, likely because of yesterday's numerous event and that accident. Trying to get emergency vehicles through was spooky hard. I was stuck in the westbound backup. The bottleneck at the Hochstrasser's trestle bridge -- where two lanes go into one -- was surely the culprit. Division of Fish and Wildlife conservation officers conducted surveillance near the Absecon Inlet in October due to a known poaching problem involving tautog, also known as blackfish, according to a state release.

Anglers are allowed to keep one fish at a minimum length of 15-inches daily between July 17 and Nov. 15. Between Nov. 16 and Dec. 31, the catch amount increases to six, dropping to four between Jan. 1 and Feb. 27 and again on April 1 through April 30.

The officers "noticed a group exhibiting abnormal behavior and observed individuals transporting a few undersized fish to a vehicle," the release said, adding that they "inspected the vehicle and found 62 tautog, all below the 15-inch minimum length."

The angler, who authorities did not identify, was charged with undersized violations and possession of 61 tautog over the daily limit, settling the case with an assessed fine of $2,000, according to the release.

According to the Blue Ocean Institute, the species is found from Nova Scotia to Georgia and considered overfished.