Updated -- Sunday, December 03, 2017: . Update: Decent weigh-in day at the Classic: Bassing is hot on boats and even the beach Just when I thought I might be getting over my fear of flying ... My luck, I'd get this updated 737 ... http://www.youtube.com/watch?v=1nRisSRUmEc

Finally! Not a monster but at least Derby worthy!

Late day ... Dead calm air and a fine, clean ocean helped surfcasters hit stripers at a rate better than anything we've seen all fall ... despite the December date.

Mild weather early this coming week could keep the bass ball rolling. Above listing shows the end-of-day Classic entries but I heard of a slew of schoolies being caught, north to south, with the mid-Island emphasis still in play.

While bait was the call early on, late-day saw lures and jigs work well on sub 28-inch fish. Of course, the rising tide toward dark added to the action.

I hear that crabs (mainly), clams, spearing, sand eels, mantis shrimp and unidentifiable (highly digested) larger forage fish were found in the bellies of keeper bass along the beach. Haven't gotten word on the stomach content of a huge number of better bass being caught by boat. It seems that boat-caught bass regurgitate easier when being pulled up.

Quality time spent with these two on the beaches on Long Beach Island this afternoon and evening. Dylan caught the dinner fish and weighed it in for the LBI Surf Fishing Classic. His first ever weigh in and "red" bass button. Congrats bud.

(Early) Sunday, December 03, 2017: I’ve been a bit displaced as my office/floor at work gets a multiday re-carpeting. Not that I mind being displaced. I’ve been a-cruise, Island and outback. Even though we’ve settled into more seasonable weather, it’s still delightfully mildish when it comes to fishing and fishing around on the mainland for treasure. In fact, as the angling year winds down, I might keep this blog active over the winter by sharing metal detecting and artifact diggings stuff in here. There’s always plenty of nature stuff to place within these blog wall.

Speaking of weather, it will drift toward weird warm starting tomorrow – then the bottom will fall out, temp-wise.

I’m looking at a goodly number of beach bass reports, including a couple well over the keeper category. Both bait and artificials are getting it done.

This is a prime time for clams baits. Gobs are better than lone tongues and such. I like the method of hooking one clam, running it up the line, and then hooking on another clam, pulling the other one down the line to gob things up.

While longer casts do help this time of year, mega-casts aren’t conducive to keeping clam gobs on the line. I’ve gone the dental floss route, using it to tie on the gobs. My guess is white braided line would do even better. Bind it too tightly and all the clam oils/juices get trapped inside. Not the best attractant.

Have faith in circle hooks. With so many must-release bass in play, it really helps in a conservational sense.

The fish you see jumping out of the water in the late afternoon are now mainly ocean herring. I nabbed one the other evening on a silver tinsel (Flashabou) streamer used as a teaser. Even though the hook was far toward the front, the herring sucked it into it’s gullet, showing how aggressively they inhale spearing. Cleanly released. 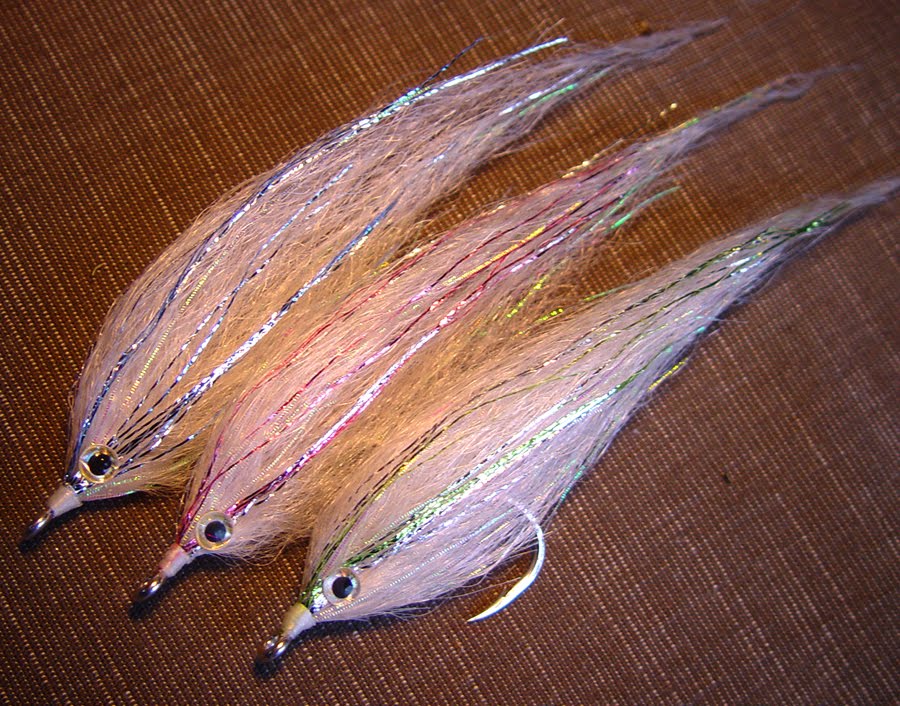 Togging remains hot, though the run out to structure is quite chilly. By the by, I was always told you couldn’t take tog on jigs. Seemingly untrue.

Please be on the bayside lookout for sea turtles trapped in cold bay water. They look like total goners but are simply stunned into a comatose state. They thaw very well … if given a human helping hand. See the the official Stranding Center alert below. By the by, this does not include diamondback terrapin which, technically, are not sea turtles.

Below are the Classic weigh-ins but many more non tourney bass came from the suds.

The Striper bite is red hot on everything from 10 to 30 pound fish. Trolling white Mojos and white Maja bunker spoons. The last few days we have not been running far from Barnegat Inlet to catch them.

I had a customer who booked tomorrow (Sun) and Monday, Dec 3 and 4, and just cancelled so now both of these days are available for Open Boat or charter. Perfect forecast and a hot Striper bite. $175 person, 4 people max, all fish are shared.  6am-1:00pm.

It would be best to call me instead of text or email as I am on the water. 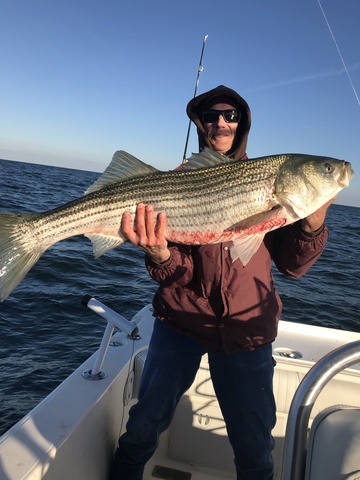 Ran away from work for an hour and a half and got my first striped bass from the beach! Back to work now.

Bob Braack with a 12.20#, 34.5" Striped Bass today from the HarveyCedars surf on LBI using bunker. 
I finally caught one, actually 2. We had 5 in all. I felt like I was fishing under a black cloud.

Now thats a fat one.

The last two weeks have produced some late season pigs in the salt. Live herring and big soft plastics claimed these bass. It’s rare when your the only boat around with a bite like this. #FishermansWorld

To all my buddies who couldn't go fish today! Bigeye
— at Spray Beach Yacht Club.

Gifts from the sea. Fresh mako shark for dinner!

MMSC SEEING RECORD HIGH NUMBERS OF “COLD STUNNED” SEA TURTLES
Rescuers asking Public to Remain Vigilant
Brigantine, NJ (November 30, 2017) – Officials with the Marine Mammal Stranding Center are asking the public keep an eye out for sea turtles, especially in and along back bays, that may be “cold stunned.” Cold stunning refers to the hypothermic reaction that’s caused by being in water that’s too cold and results in decreased heart rate and circulation and shock and can be deadly. Many times, a turtle may appear dead but is actually cold stunning.
The MMSC says this has been an abnormally active year, with staff members responding to more “cold stunned” sea turtles this season than they have ever seen before in a single season. In just the past two days, they rescued five turtles from the Sandy Hook Bay. Bob Schoelkopf, the Founding Director of the MMSC believes the turtles, who would have typically followed warmer water south by now, chased food into the bay and couldn’t find their way out.
MMSC officials are asking that the public contacts their Brigantine office at 609-266-0538 if a turtle is spotted floating or on a beach, even if it appears to be deceased. For nearly four decades, The Marine Mammal Stranding has been dedicated to the rescue, rehabilitation and release of sick and injured marine mammals and sea turtles. To date, staff and volunteer from the MMSC have responded to nearly 5,000 calls for seals, dolphins, whales and sea turtles that washed ashore along all of New Jersey’s beaches.
The non-profit is only able to do this important work thanks to the support of the community and generous donations. For more information or to donate, visit www.mmmsc.org.
Here is the leatherback turtle that Cricket McGehee lifted out of the bay -- Poochy Thomas Buchholz

No Shimmer: Why Scientists Want to Ban Glitter

It's sparkly, it's festive and some scientists want to see it swept from the face of the Earth.

Glitter should be banned, researcher Trisia Farrelly, a senior lecturer in environment and planning at Massey University in New Zealand, told CBS. The reason? Glitter is made of microplastic, a piece of plastic less than 0.19 inches (5 millimeters) in length. Specifically, glitter is made up of bits of a polymer called polyethylene terephthalate (PET), which goes by the trade name Mylar. And though it comes in all sizes, glitter is typically just a millimeter or so across, Live Science previously reported.

Microplastics make up a major proportion of ocean pollution. A 2014 study in the open-access journal PLOS ONE estimated that there are about 5.25 trillion pieces of plastic weighing a total of 268,940 tons (243,978 metric tons) floating in the world's seas. Microplastics made up 92.4 percent of the total count.

Most of those microplastics were flakes that had sloughed off plastic items that were originally larger, like water bottles, fishing gear or plastic shopping bags, that study found.

Microplastics are a problem because marine life mistakes the floating particles for food. Eurasian perch larvae, for example, often choose to eat plastic over its regular diet, according to a 2016 study in the journal Science. Unsurprisingly, that study found, a plastic-based diet was not great for the fish's long-term health and survival. Even zooplankton, the base of the ocean food chain, have been observed eating plastics.

I'm told this is not a good year to hang mistletoe up at the office. Just sayin'.