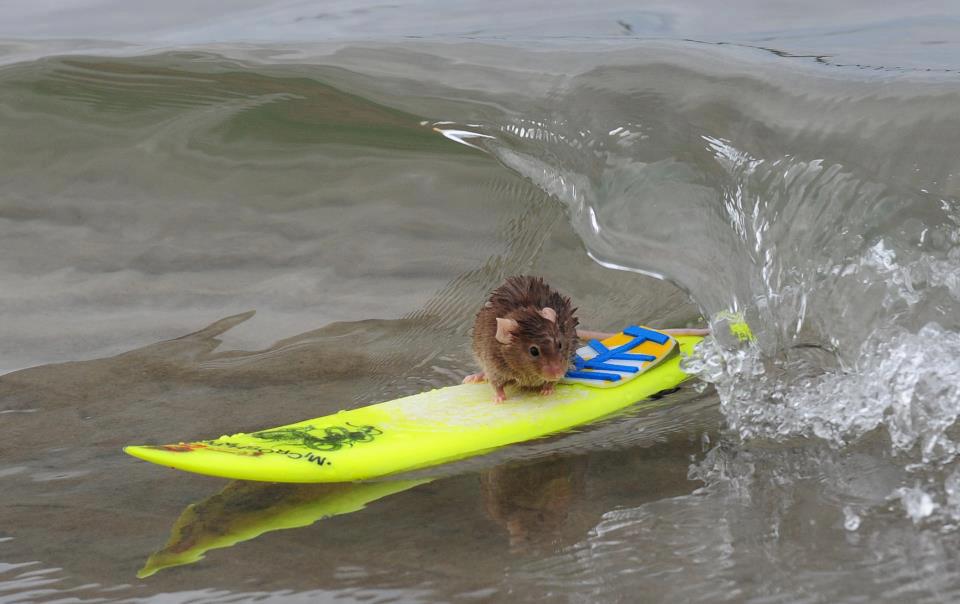 Why mice are too smart to use for live-lining.

Sunday, August 05, 2012: The wind have ratcheted up a notch, putting them pretty much over the fishing edge. Pushing 18 to 20 mph in gusts, midday, the winds have boat folks either hanging close to port or using a ton of lead to stay on the bottom during ocean fluking drifts.

SCA are in effect for gusts to 30, late. The chances of a T-storm today have been lowered from yesterday’s forecast.

The surf remains churned but the water oddly mild. This much south wind should bring in colder bottom waters. None in sight today, much to the delight of huge number of beach people. Hey, have fun, folks. Summer only comes once a year.

I heard some radio chatter from near Barnegat Inlet, which has some wind-break protection from land and the jetty. The area is fairly fishable -- though drifting into or across the main channel can quickly create boat conflicts.

There is too much wind for the cut-across channel dissecting the flood plains to the west of Barn Inlet. Places like Myers hole and the west side of the Dike (dog-leg bend in the channel) are workable -- but work intensive if you want to keep returning to the start of a drift point, over and over. 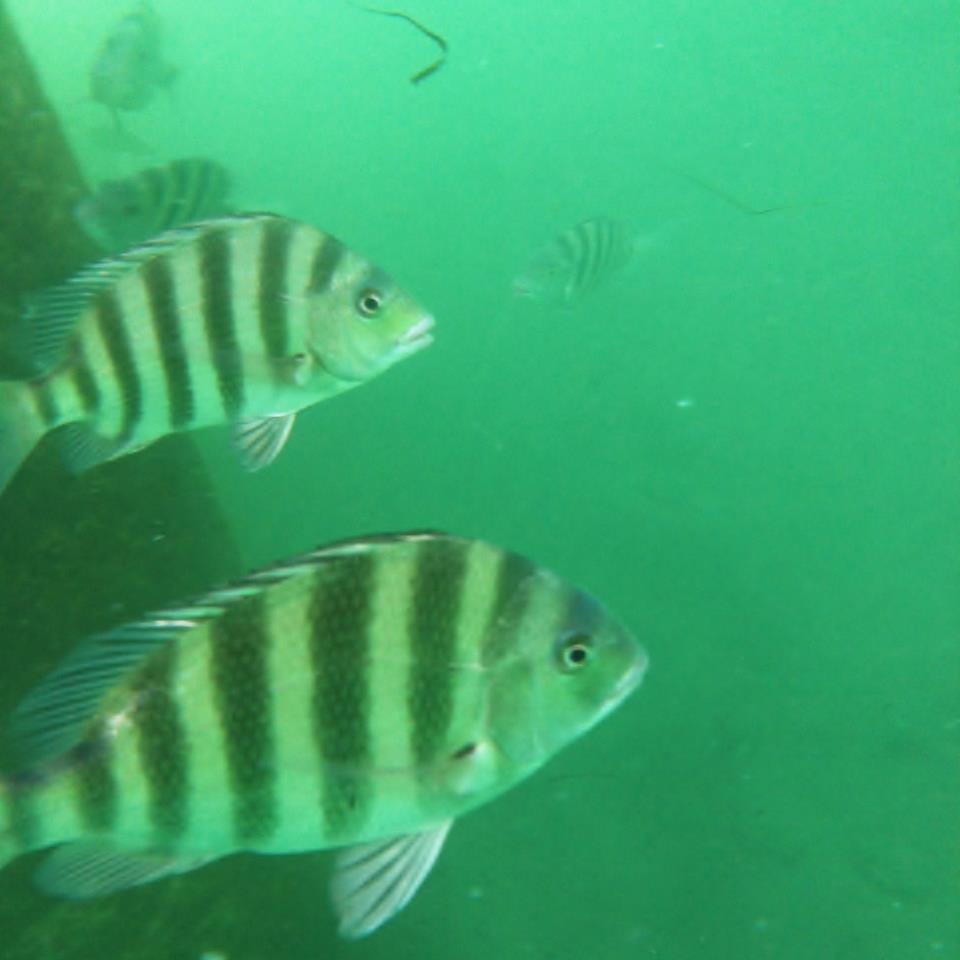 I had another fellow dive near the Big Bridge and confirmed there are sheepsheads under there, near pilings. While that’s not a huge deal, they’re still one of my favorite rarity fish – and seemingly increasing in population. I’m half wondering if the sheepshead larvae get blown in – as is the case with many common species including mullet and bunker, but then stay local instead of migrating southward in fall. It seems there is an overwintering prescience of sheepshead straight off the coast, moving in the same circles as tog and seabass. That’s based on how quickly they arrive nearshore in the spring.

Thanks for the reports that many legally caught weakfish seem spawn-ready. And believe me, the one-a-day take is not putting even a chink in the biomass we now have out there. One captain said he simply loses track of how many weakies are taken and released on his boat, while chumming.

Weird tale: Kids throwing twine lift-up crab nets bayside had one of their nets utterly ravaged by something astoundingly toothy. It ripped the traps bait bunker out of the trap – and tore the net up real good. Imagine lazily standing around passing time between trap pull-ins and to suddenly have the tie-line attached to a crab trap suddenly go straight out and straining? Uh, fish on! (Thanks for that tale, Len.)

Once again, lifeguards have pulled swimmers out of the water – I think it was Loveladies – because bunker was driven ashore. The guard figured it was bluefish, even though dozens and dozens of dolphin were in the mix. I really believe the dolphin were on the bunker, though, admittedly, bluefish is a dolphin favorite. However, I find it hard to belie bluefish with dolphin hot on their scaly butts are going to be in the shallows biting anyone. Hey, take it from a former guard, it gets real boring sitting the planks. Anything that shortens the day, especially via a push of excitement, is well worth the effort.

Fluke fishing continued to hold up in the back bay this week, although the water temperature by the end of the week was starting to show signs that the excellent fishing we've had for the past few weeks may not have too much longer to go. Fortunately there are enough weakfish around this year that we should have a solid back bay alternative available through August and into September.

Tuesday's trip saw almost non-stop fluke coming over the side for vacationing Mike Hoffman, in from Reading PA along with brothers Steve and Dave. By the end of the morning the brothers Hoffman had landed some 120-130 fluke, mostly shorts but even with a 30-1 ratio there were enough keepers to provide a big bagful of tasty filets for dinner. It was an awesome trip on Wednesday for Suzanne Lane, who brought out her dad Bob and their friend John to give back bay fluking a try. By the time we got back to the dock, close to 100 fluke had come over the side with nine fat ones in the box along with a couple of blues and Bob's nice 21" weakfish that decided to join the party at the end. Things were a little slower yesterday for regular George Selph, but still saw a couple dozen fluke landed and two in the box by morning's end.

There haven't been too many good reports about ocean fluke fishing in this area of late, so we'll probably be sticking to the bay and mixing it up between fluke and weakfish over the next couple of weeks. This is also the time of year when Barnegat Ridge should come to life with bonito and false albacore, so that remains a possibility for something a little different.