Sunday, July 20, 2014: The upside to today’s dousing is the bennies for amphibians in the Pines and a huge growth spurt for farms. Around here we like the rain.

However, thanks to what is likely an overgrowth of humanity, there will be a horrific influx of roadwash (my word). The bay is gonna get a dose of deleterious gunk entering through the sewer system and eventually the back bay and, all too soon, the entire bay. It would be nice if the onslaught would end there but in a pollution paradox, hydrocarbons from petroleum-heavy runoff can actually spur algal blooms. Yep, many an algae is nourished by, essentially road gunk. 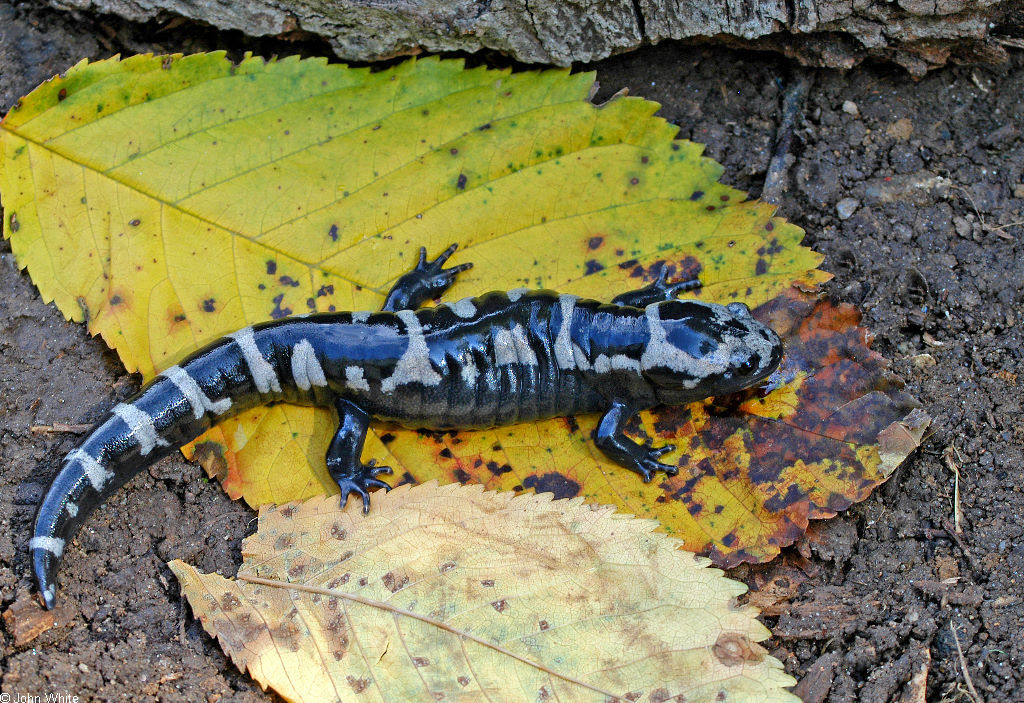 No, I’m not getting all tree-huggy, though I am a diehard conservationist. I’m just trying to further efforts to get folks thinking about the big picture regarding saving Barnegat Bay – and don’t think for an instant it doesn’t need a saving to beat the band. Virtually every nearshore gamefish and baitfish our sport covets and requires have life-and-death relationships with the bay – a healthy bay being the “life” side and a ruined bay being the “death” side.

Many folks rightfully trust me to keep an eye on the nature of our area and I’m among the many fretting over subtle but potentially catastrophic changes in Barnegat Bay. To his credit, our Gov is more worried than most folks. He’s gotten the DEP to enhance effort to educate one and all about the life and times of a bay – and how to keep it alive. Remember, if it gets to the point of needed to resuscitate the bay, it’s likely way too late for the marine life, except maybe minnows an crabs.

We have been catching a lot of fluke in the bay. Oyster Creek and Double Creek. Jigging leadheads and Gulp! Mostly under the 18" minimum but there are enough 18 to 23 inch fish in the mix to make it interesting. The blues make an appearance on almost every trip. Two to three pounders, big enough to rip drag off of the 10 pound spinning gear. Some days they are in the inlet and more recently right in Oyster Creek Channel. A lot of bird play has been giving up their whereabouts. We have been throwing surface lures like poppers so every attack is visual.

I've tried three separate shrimping efforts in the last two weeks and I have not been able to buy a weakfish. That won't deter us from trying again this weekend. No blowfish or kingfish yet for us either but it should be any minute

I am going to start running open boat trips to Barnegat Ridge starting with this Monday, July 21, 6AM to Noon. Sounds like good color and 72 degree water moved in there so it is time to pursue bonita and albacore. Not impossible that we could find bluefin tuna there, as well. $150 per person, 3 people max. All fish are shared. If the weather is mint and we decide to push off further offshore in search of tuna, it would be $200 per man. This will cover the additional fuel expense and we will also return a few hours later. So, flexible people only please.

I also have this Saturday afternoon, July 19 available for the bay 1PM to 6PM, either open boat or charter for fluke and bluefish.

I slid down to Key West a few weeks ago to fish the Marquesas as part of my ongoing 50th birthday celebration and connected with my first permit, a 20 pounder: 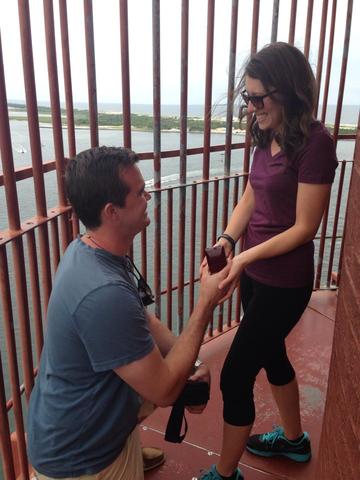 Here’s what surely amounts to the catch-of-the-day – and way beyond. Brendon N. pops the big question -- an atop-prop -- to GF Samantha.

"Sam said yes! We climbed the lighthouse in Barnegat Light, and I dropped the knee. My favorite place, and symbolic to our relationship. has stood for over a hundred years and weathered the worst storms and winds but still stands proud to this day. Couldn't be happier, and can't wait to start the next chapter together ..."

Croakers have moved into bay 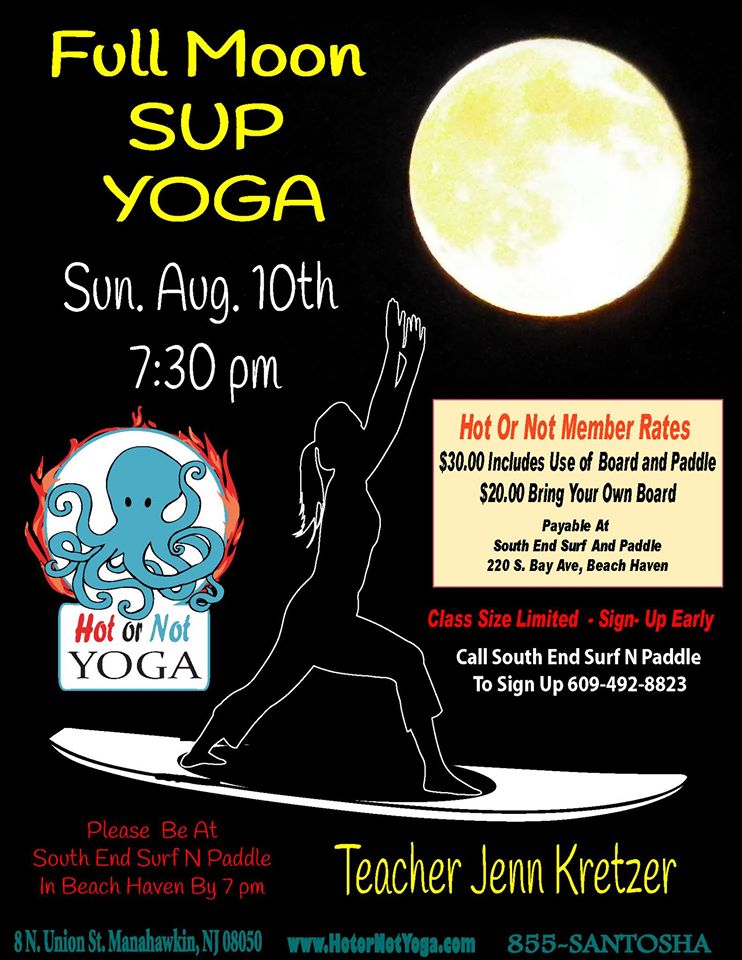 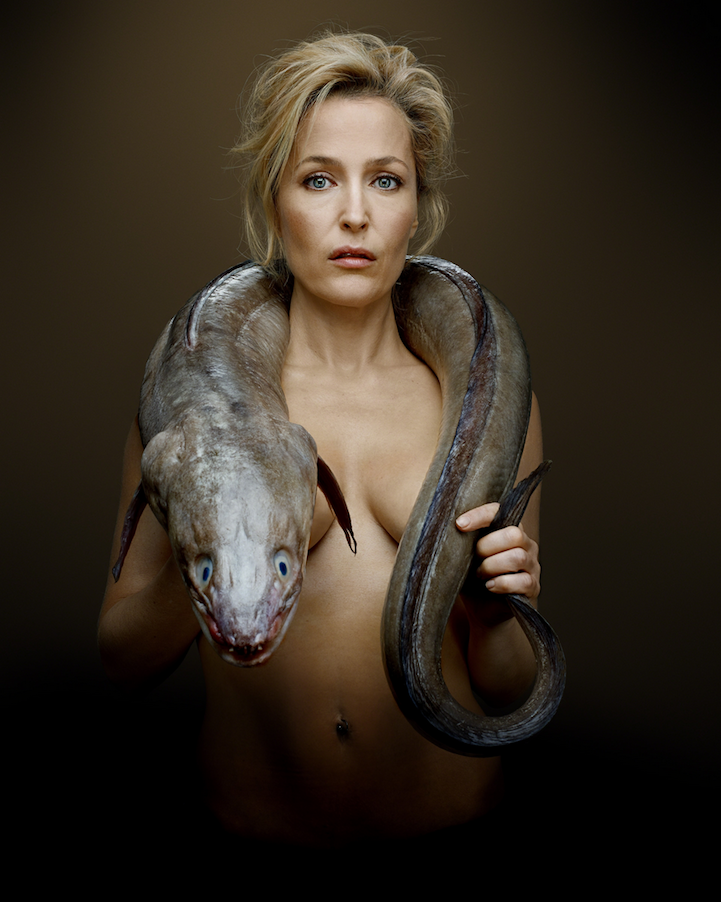 Fishing in Nigeria ... Just try, "Can I see your license?" Keep track of the calendar, dudes ... The Northern Clingfish is one of the weirdest animals I've ever seen. It has a suction cup on its belly that can tightly hold onto anything, no matter how rough and irregular the surface is. The cup's grip is so strong that, if you had them on your hands, you would be able to climb a wet vertical rock wall—during a hurricane.

The fish uses its suction cup to rip apart mollusks from the rocks to which they are attached—and it works even underwater!

The cup uses a device that is similar in structure to the gecko: nano-filaments, tiny hairs that provide with the mechanism to attach to surfaces. But unlike the gecko, whose hairs provide with multiple points of contact for dry adhesion on vertical surfaces, the Northern Clingfish's filaments provide with friction around the suction cup. The filaments are flexible and adapt to the structure of the uneven surface, making an air-tight wall that makes the seemingly impossibly strong suction possible.

Unlike the gecko, its study will result in suction technology that can work under any kind of weather conditions in any kind of environments, even under water. That means that you would be able to attach anything to your shower walls and, unlike current plastic suction cups, have it secured no matter what. 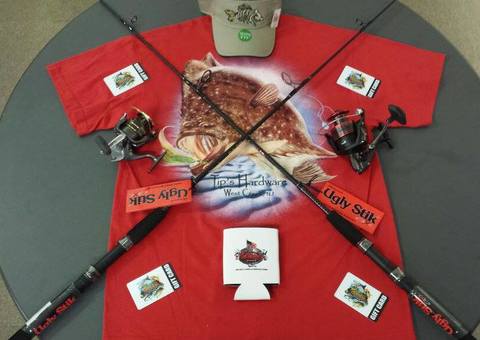 A new study says that the high winds of severe storms could wreck nearly half of U.S. offshore wind turbines within a 20-year period. Can turbine builders make hurricane-resistant wind farms?

The future of wind energy is out to sea. For the
United States to reach ambitious goals for tapping the energy—the Department of Energy estimates that wind could provide 20 percent of American energy by 2030—wind farms may need to go places where the wind blows steadily—and where there are no people to complain about turbines ruining the view from their veranda.


Offshore wind farms are already popular in Europe, and they’re garnering major interest by U.S. developers. But the U.S. has something Europe doesn’t have to worry much about—hurricanes.  A new study released yesterday in the
Proceedings of the National Academy of Sciences warns that within two decades, hurricanes could destroy nearly half of turbines built in the most vulnerable areas off the U.S. coastline.


A team from Carnegie Mellon University used historical hurricane data to see if wind farms in different coastal areas could stand up to the storms. They looked at four areas in the Atlantic and Gulf Coast regions currently under consideration as locations for wind farms. They then modeled how much hurricanes in these areas could damage a  5-megawatt wind turbinedesign similar to those being installed in northern Europe.


According to the researchers’ model, hurricanes ranked Category 3 (those with wind speeds of 50 miles per hour) and higher could buckle up to 46 percent of these traditional turbine towers. Hurricanes that severe aren’t rare either: Records show that every state in the Gulf Coast and nine of the 14 states on the Atlantic Coast were struck by a Category 3 or higher hurricane between 1856 and 2008.

So will hurricanes kill offshore wind power before it can get started? Stephen Rose, an engineer and lead author of the new study, says wind-energy companies could minimize the problem by building smarter.

One thing to do to prevent turbine damage would be to build in less risky areas. The mid-Atlantic and New England states are at fairly low risk, he says, because they experience fewer and less intense hurricanes. "Hurricane Irene passed right over some  wind turbines on the beach in Atlantic City, and as far as I’ve been able to find, the turbines were undamaged," he says.

Color-coded map of hurricane risk to wind turbines for every coastal county in the Eastern U.S. Credit: Rose et. al.


The orientation of the turbine matters, too. Rose and his team found that if a turbine were pointed into hurricane-force winds, it would be much less likely to buckle. If high-speed winds hit the turbine’s broad side, however, they can cause a great deal of damage because they push against the part of the nacelle (the housing that holds the blades) that has the most surface area.

Keeping the turbine pointed into the wind during a hurricane is complicated, however. "The wind speed can pick up and change direction in a matter of a minute or two," Rose says. Turbines also would need strong motors to turn quickly enough to cope with changing winds. They’d also need to be able to sense wind direction. And because many turbines run on grid power—which often goes out during hurricanes—they’d need battery backup. Rose estimates these upgrades might cost $50,000 per turbine. "But these are $5 million to $10 million turbines," he says.

Dominique Roddier is an engineer working on a new design for  a floating wind turbine called WindFloat by Principle Power, which is being tested in Portugal. He couldn’t say how accurate the estimates by Rose’s team might be, he tells PM, but he doesn’t think that hurricane risk poses an insurmountable obstacle for the offshore wind industry—it’s something that’s been taken into consideration all along.


"We know very well what a hurricane’s winds are," Roddier says. "We can design turbines that will sustain the highest hurricanes without a problem; they will just be a lot more expensive and maybe not worth it."

Building turbines to withstand big hurricanes would mean bumping up the strength of the structures with thicker, heavier towers and blades that require more steel and fiberglass to build. That means they’d be much pricier. Roddier says wind-power companies will have to weigh that expense against how much energy they expect to get from a particular location, and consider whether it would be cheaper to replace a turbine that breaks rather than build one that can withstand any storm.