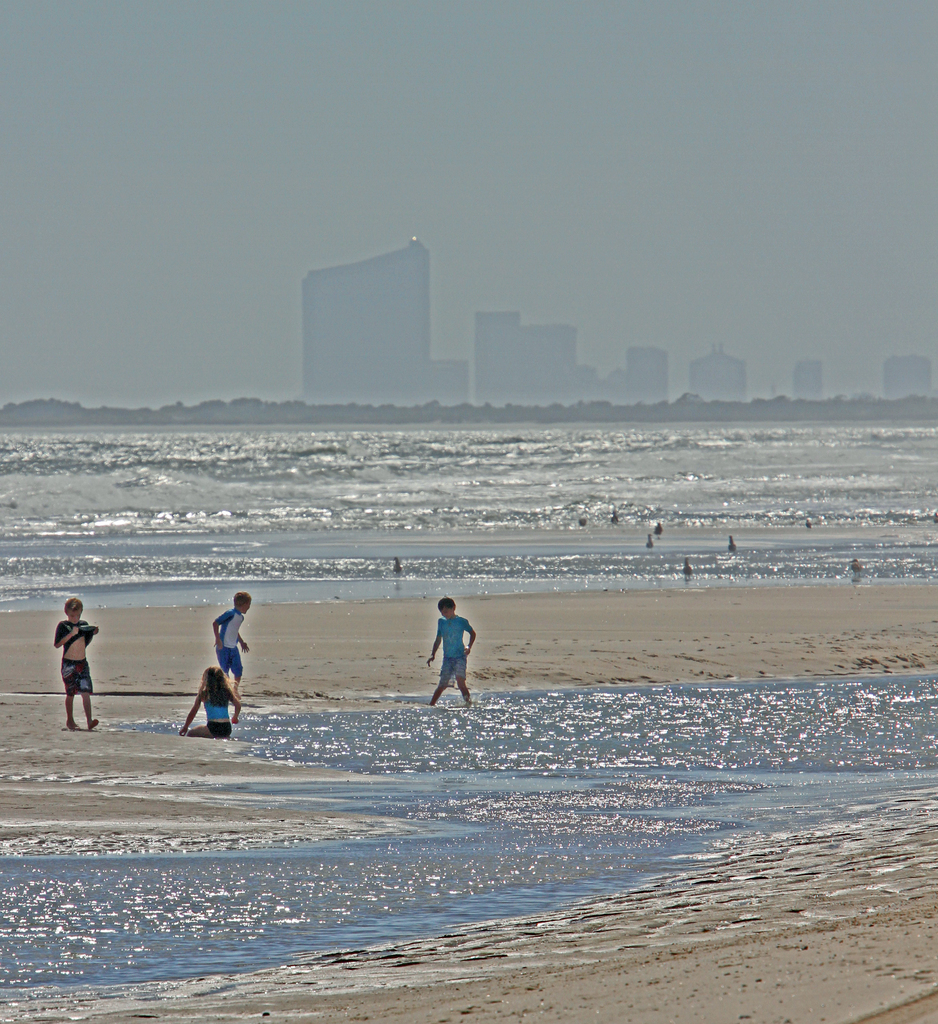 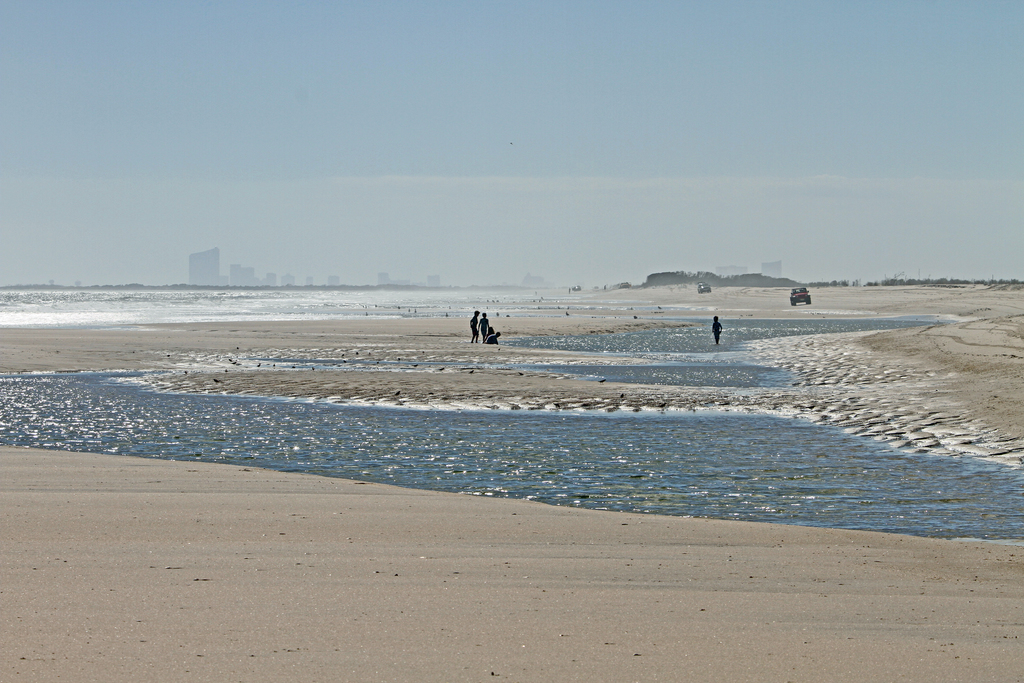 Saturday, October 07, 2017: Climate change has its bennies, providing you’re not an iceberg. Needing SPF50 sun screen on an 80-degree October day is a fine feel for those of us not hellbent on seeing frost on the pumpkin. I do see some seasonable air moving in this week, followed by another warm-up.

I have to mention an astounding showing of schoolie bass fishing over Cedar Run and some other backbay communities. I had one report that “There are as many as you want to catch,” with one just-keeper in the mix. Another Dock Road angler said he was catching them two at a time.

All I can guess is the mullet run was so bad the small stripers went bay-bound after bunker, finally corralling them up the creeks and lagoons. That corralling action is what leads to huge peanut bunker die-off in lagoon ends – as bunker get balled up and run out of dissolved oxygen in the water. Bunker need large amounts of oxygen.

BUGGYISTS: Please avoid the Ship Bottom Kitefest area. The beach is roped off and there’s a load of event-goers mulling about, many not overly concerned about vehicular traffic.

Also, Beach Havens front beaches are too highly packed to drive through safely, especially around the Sea Shell and Engleside. If you really must, go it at a crawl. And wave to folks so we can maintain good relations with the fall Queen City crowds.

For Classic participants, the $25 LBT “Tournament” beach permits are once again available, this time for the entire nine weeks of the Classic. It’s a steal.

This often falls on deaf driving ears, but, wherever possible, try to establish a main set of tracks, i.e. drive already existing buggy tracks. It saves a lot of gas and makes it easier for beachgoers to avoid settling in the least disturbed sand.

It looks like the ocean is going to be a little rough for the next few days so we are going to fish the bay. Sun and Mon, Oct 8 and 9. I ordered live grass shrimp for both days so we will be targeting weakfish and whatever else swims into our shrimp slick on light tackle. I"ll pack some clam chum and clams as there are some blowfish chewing on the west side of the bay, as well. We will give the inlet a look over, as the albies have been popping up as far inside as the lighthouse. 8AM to 1PM each day. $125 person. Call to reserve a spot.

The back cut at Holgate was once again crazy but folks were very friendly – and having a great time. Nothing wrong with that. Here’s a photo look, which includes a blowout tide that allowed folks to wade over to Whatever Island, located just across from the Holgate back cut and mudflats. I refuse to call that Tucker’s Island, as some folks do, because it’s located wrong and bears no resemblance to the more famous island of that same name.

Below: The gang's all here. 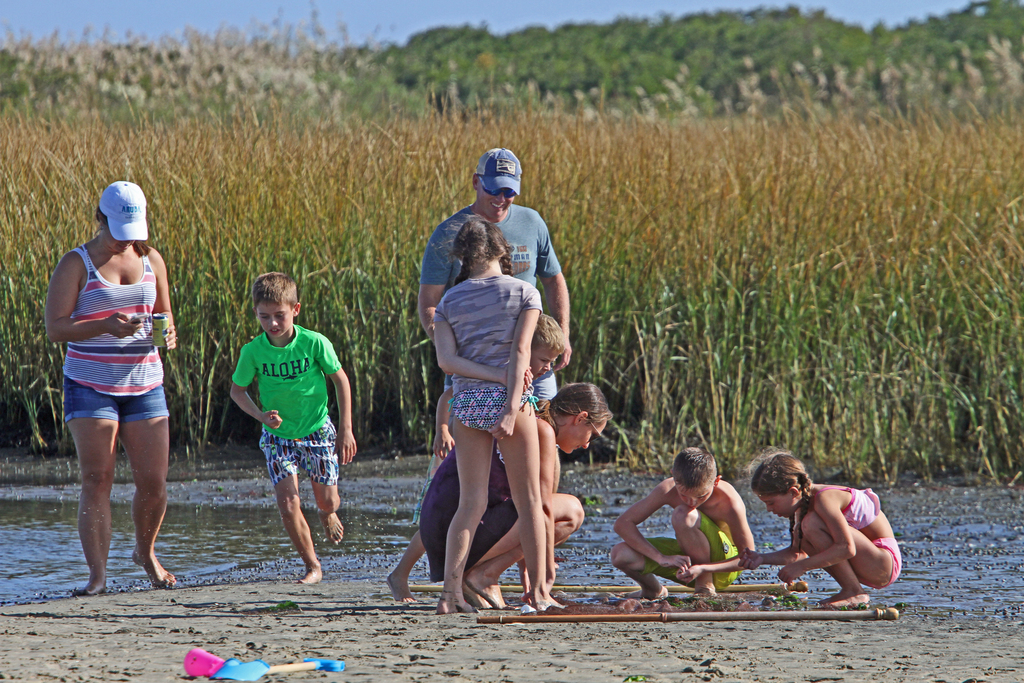 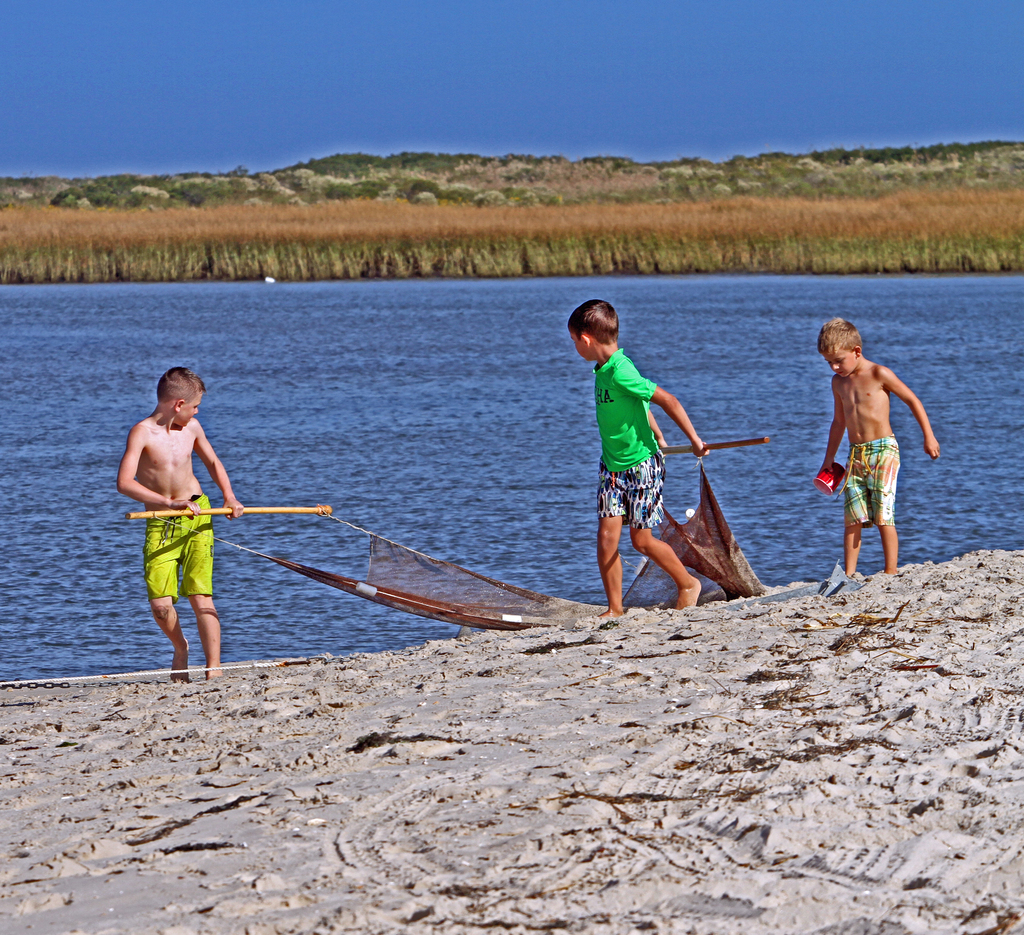 Fishing was a bit iffy: 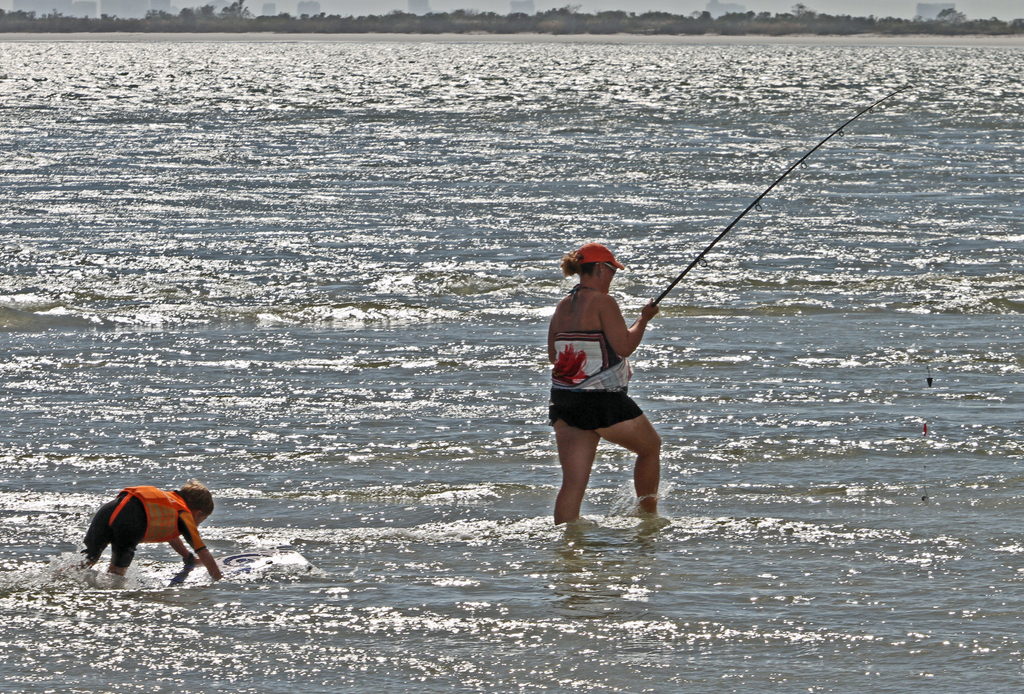 And there were games to be had ... 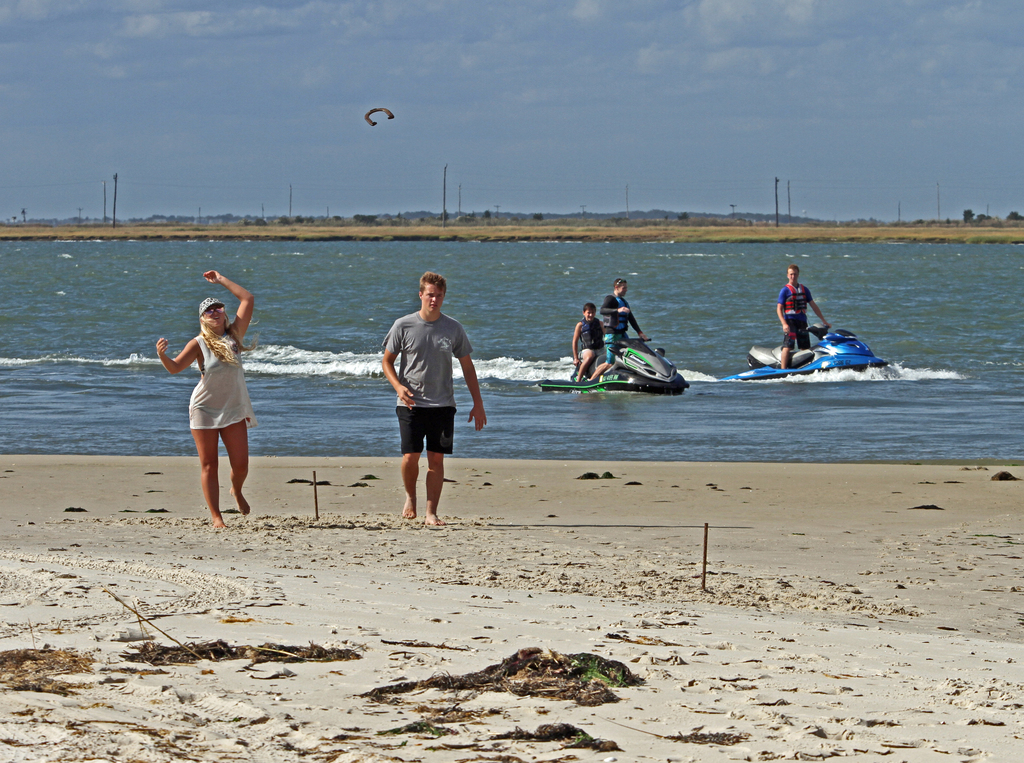 Plus rivers to cross ... Not always safely. 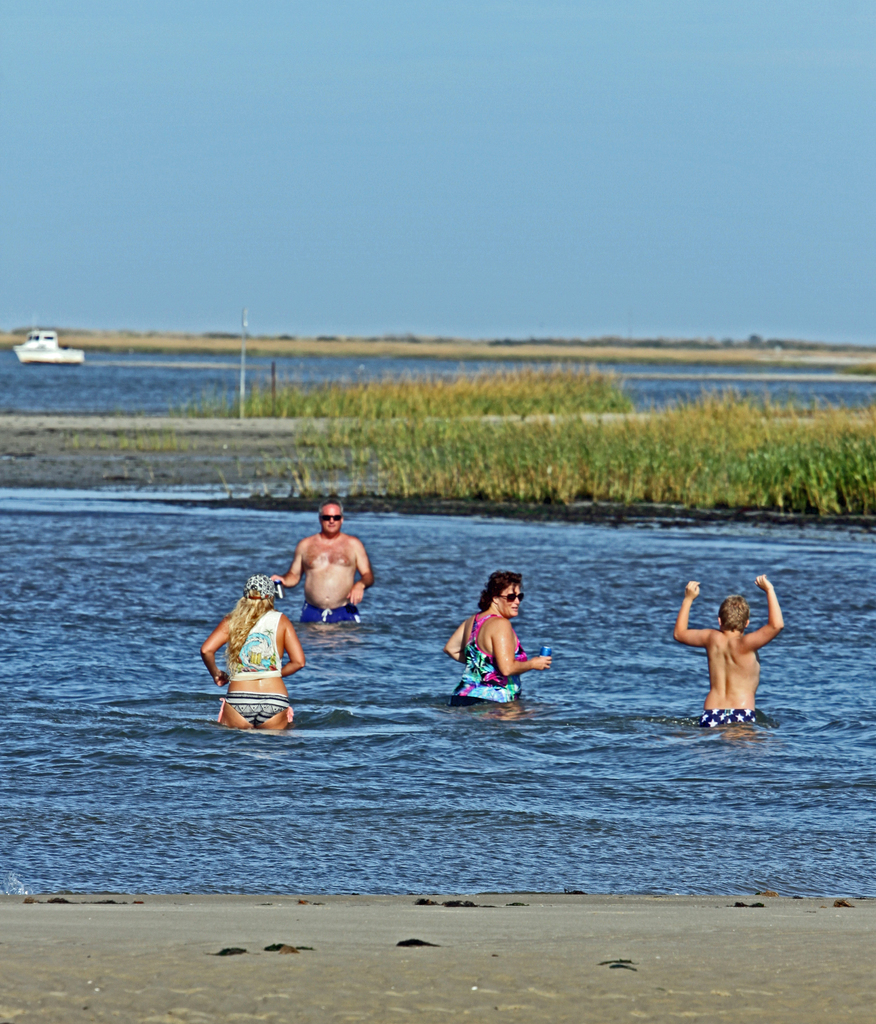 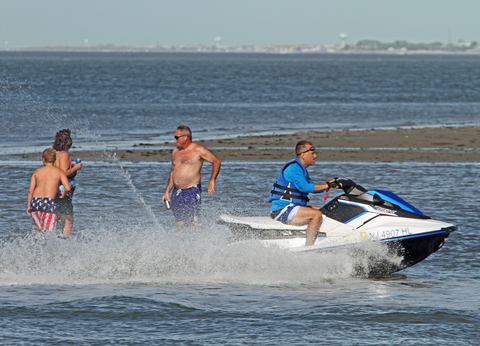 And, believe it or not, plenty of relaxation. 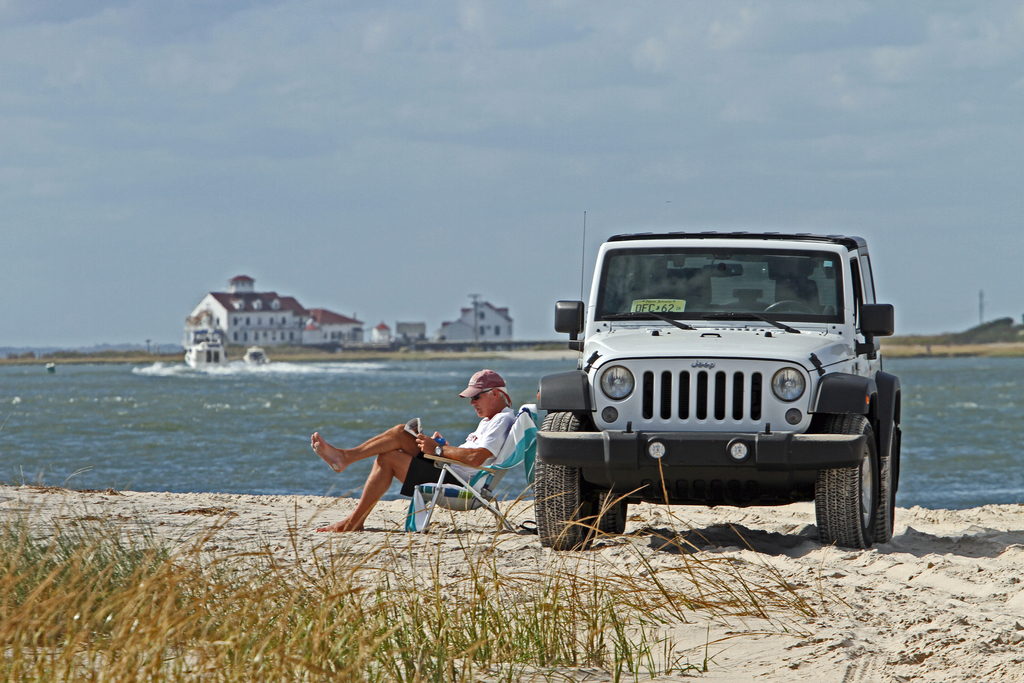 Oh, there were those who didn't quite make it to the party ... (Different boats) ... 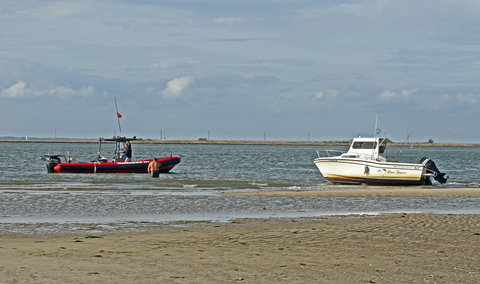