Something to itch ... make that, think about. Story behind duckworms. 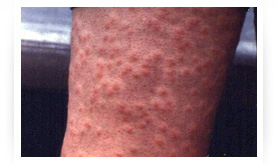 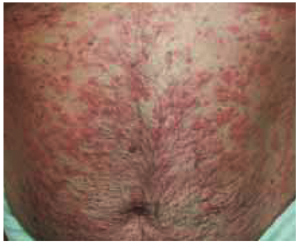 ITCHING INTO MADNESS: Whenever I talk about clamming the mudflats of Holgate, I instantly get ghost itches, essentially fingernail flashbacks.

Among the worst nights of my life were those spent scarfiyingly scratching at the weeping bites from unmerciful mud-based parasites common to our bayside mudflats. I’ve self-scratched myself so badly that the lower parts of my legs were rendered human hamburger meat. I carry lifelong scars from those “bites,” as do most folks who have been attacked.

The malady has been called “swimmer’s itch,” though such a name belies the complex environment needed to nurture the underlying creatures.

Science blanket terms the “itch” as cercarial dermatitis. The raised red pinpoint rash is quite similar to the look and feel of harvest mites (chiggers), though times ten on that “feel” part.

As studies continue on the rash, it appears it’s a worldwide bitch of an itch. In some places it’s called “rice paddy itch,” and, gospel truth, “Clam diggers’ itch.”

I’m told that in Jersey it has been dubbed “duckworms” -- though I’ll be danged if I’ve ever once heard someone say, “Be careful of them-there duckworms.”

However, the “duck” angle actually plays well with emerging science.

The life cycle of near microscopic trematodes is complex. They don’t just jump off wading birds and tear into our legs. They arrive as eggs within the waste from birds. The eggs hit the ground, in this case muck, and quickly hatch into something known as a miracidium.

The miracidium aren’t yet a threat to our skin. They have gooier haunts on their mind. They seek a singular type of host, namely snails. They came to the right frickin’ place. We have so many small, black marine snails along our bay banks that it must be heaven to duckworm miracidium.

Seldom having a problem finding mollusk hosts (snails), miracidia climb into their skin and undergo some bodily changes. They emerge as a motile cercaria larvae, i.e. skin terrors for you and I.

Upon their arrival in the outside world, the larvae seek that big host in the sky: a shore bird. However, these larvae aren’t the brightest Crayolas in the box. They can’t tell a human from a heron if they tried. They’ll burrow into our skin as if we had “duck” painted all over our legs.

Although they quickly wish they hadn’t hopped on a human – dying within us – the damage is done from our skin’s point of view. Our body’s immunity system has utter conniption fits trying to eject the ugly irritant. Out, out, damned duckworm!

Whereas chiggers literally eat the surface skin of humans, driving us nuts trying to scratch away the superficial anticoagulant they use, duckworms have climbed inside and died. Our body won’t be satisfied until we’ve quarried down to carcass. And I have considered explosives to mine down more quickly.

While cercarial dermatitis is primarily a summer conditions in many parts of the world, we’re just hitting our miracidia stride, as migrating birds touch down.

The only prevention is prophylaxis. Quit you giggling. You won’t be so giddy after you’re put upon by voracious hordes of miracidia. Always wear boots and clothing whenever in the personal presence of bay mud. One prophylactic slip up and you’re screwed.

I recently got a glancing blow – likely one lone duckworm -- to a single finger. It already looks like leprosy. That’s why I can write this with such firsthand conviction. 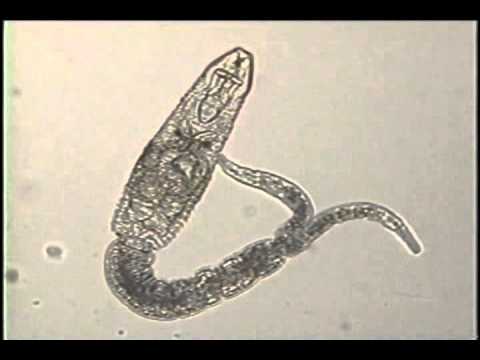