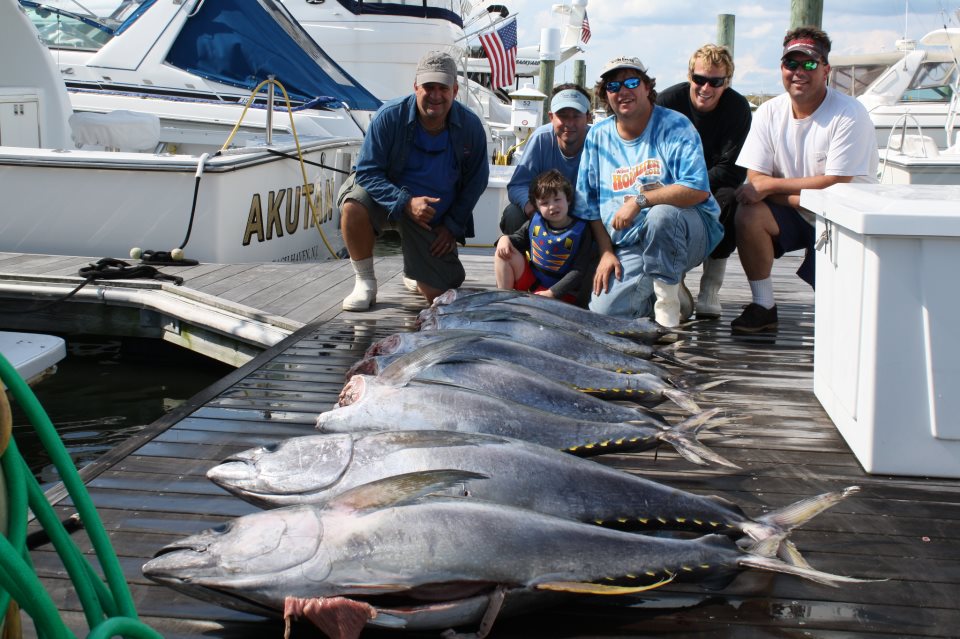 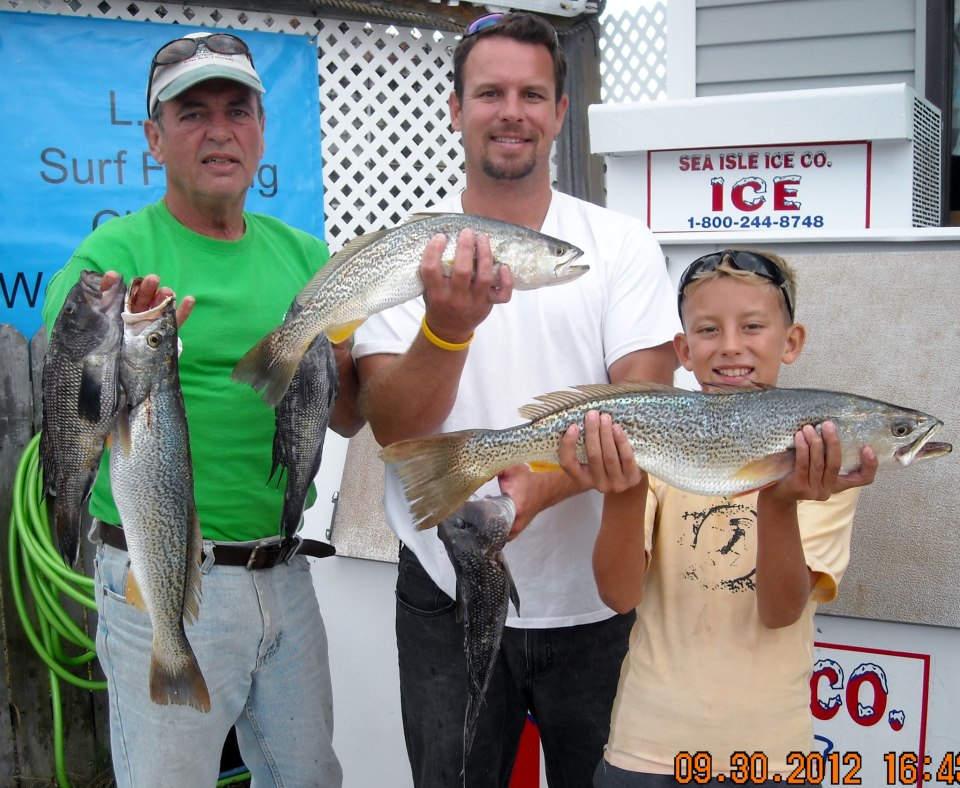 The "Outcast" caught their dinner in the bay and the ocean. Weakfish from the bay were caught on peanut bunker and fins. Nice catch for Bill, Shawn and Jonathan on this beautiful day! Via Jingles. Below: Marti's bass, via Fisherman's Headquarter:: Jason Marti just weighed in 26.80-lb striper. He reported fishing out on the Ridge earlier in the day. On his way in the inlet he came across an active bunker pod and got this striped one. September 30, 2012: And to think it was forecasted on Thursday that today would be a rainy one. It was mighty nice out there and Beach Haven and Tuckerton exploded with fine-weather friends. The Chowderfest might have been the largest ever.

Despite high fishing presssure today, the blues were the only consistent biters. Stripers continue to show now and not again.

Still some huge numbers of blowfish over toward the power plant. Those are always the last blowfish to leave, held in place by artificially warm water. Some kingfish are mixed in. Clam chum works.

Ocean and bay water holding at between 65 and 67 degrees.

Classic begins next Saturday. Don't wait to sign up. Early fish can be big winners in the long run.

Busy day tomorrow at The SandPaper. Got any outdoors stories to pass on? Email me at jmann99@hotmail.com