Sept. 29, 2013: This stupid wind was suckacious. It not only did squat to attract fish but it ate the Holgate beachfront end to hell and back. The only upside is the way erosion from northeast winds tends to berm up very quickly, once the winds turns tail and heads out.

The only minor up-ness is angling the surf has been the continued showing of occasional red drum. I heard of three more yesterday, the largest being maybe five pounds.

There is some confusion over channel bass and red drum being the same species. It is. And they were a huge fishery many decades back, being larger than stripers as the go-to species for fall anglers. How such a once-active fishery went damn near defunct is one for science --- and it’s not looking into it. There are indications the species was overfished in the mid-1900s. Somewhere I have some photos of the wholesale slaughter of these low-edibility fish on LBI, many of the hoisted up fish weighed way over 50 pounds. Little Egg Harbor down to Cape May was epicenter for the state’s channel bass fishery. Interestingly, among thee photos I have are included a number of black drum being called channel bass, though there is no mistaking the two for most anglers.

The spearing run is very brisk, even in the face of a troubled mullet run, which has again turned the hell off. Spearing and mullet migrate at about the same time and often in similar numbers. Not this year. On the Holgate end, the independently migrating bay anchovies, a.k.a. rainfish, have begun to show. The only problem is there is next to nothing going after any of the forage fish, short of small blues, lingering fluke and herring. 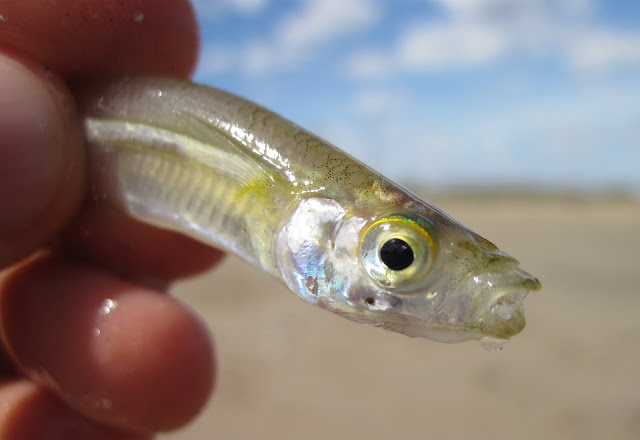 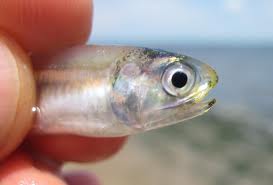 For the second year in a row, rafts of salps are washing ashore. Inaccurately dubbed “jellyfish eggs,” these little gobs of clear jelly usually aren’t a big hassle – until they get as thick as they are now. They can weigh a fishing line down so badly that they create a bow in the line, meaning a pickup has way too much slack line to work with, never a good thing when trying to hook up. I was forced to abandon plugging today because the salps clinging to my line were too much to handle, especially with the wind also bowing out the line.

The erosion cut at the Rip in Holgate is now on its last leg of passability. It’s getting way too dangerous to drive above. Hopefully dying winds will allow the sand to move back in. The problem is the fishing isn’t all that hit even when you get by there. Ocean and bay water remain very mild – and there’s mild weather on the way. Not good.

This weekend’s “dry” nor’easter did what nor’easters usually do, turn the bite on.  I fished several times this week, as well as Saturday and Sunday, and have found both the Barnegat Bay and ocean temps around 65.   Some nicer blues started showing up ready to torture my light tackle gear.  Attached is a picture from Saturday of Dave Werner with one of the better blues hanging around right now.  After tiring out on blues, Dave and I worked several back bays spots but drew a blank on the bass.  Sunday was a different story.  Both blues and bass cooperated for the Ken Higgins and I.  Not only did we find fish in the whitewater around the inlet [check out some of this action in my latest video:   http://youtu.be/jXCD9_zOs5E  ]but we found them in some of the more protected spots of the bay.  Ken (photo also attached)and I found some locations in the bay holding short bass eager to chew on almost every drift on the falling tide.  It was lots of fun just and a great way to start the fall bass season.

I then managed to go out crabbing with my son Garrett to test his question for a scientific method project: do blue crabs prefer natural bait (bluefish) over unnatural bait (chicken).  Crabbing was very good and he now has enough data to support his hypothesis for the project.  So which do you think crabs prefer???????

Saturday 9-28
Atlantic highlands NJ aboard the Dorothy 7:30am-2:30pm for porgy
Wasn't expecting much.. Between my girl and myself ended up with 58 scup mostly 10" with a few 11's and 12's
Unfortunately all C bass  that we caught were short.. Made a lot of drops during the course of the trip.. First 2 and last stops were the most productive