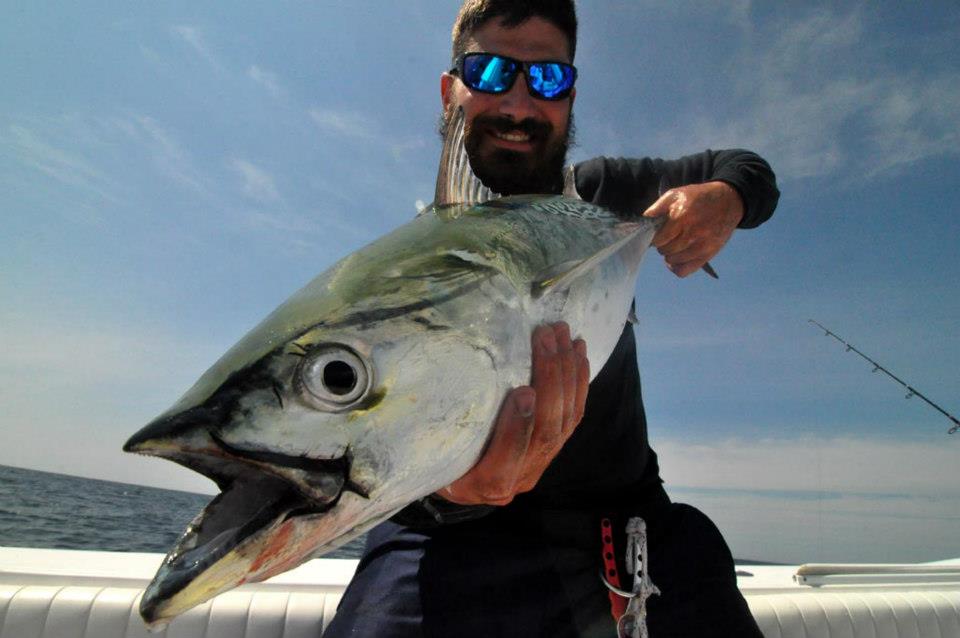 Welcome to  September. Looks pretty much like past Septembers to me.

The waves failed to show today but a groundswell of black flies hit the beaches, along the entire coast. Facebook has made it possible to monitor from Cape May to Sand Hook – all flied under.

On LBI the flies were ruthless. I’ve seen them way worse but that was of little relief as I tried to play volleyball in HC.

About midday, the winds whiffed out of the north and even east. While that prevented more flies from being blown in from the mainland, the hanger on flies were hanging on and biting on.

More than a few folks don’t realize that, during fly invasions, you don’t want to sit in the shade (umbrellas) or around dark items. I also found confirmation that DEET is only mildly effective on black flies.

Fluke fishing was hampered by low winds but radio chatter had nice fish being caught. Surf fluking hampered by crowds, though walk-ons in Holgate had some solitude.

There was a semi-news report implying Holgate will be closed to buggying all fall. I’m not buying that. There are options. Some of them legal.

The nearshore and offshore big game fishing is happening. I’ve seen wahoo, cobia, mahi, albies and even some bft taken in close. Offshore, it’s yft and bigeyes making a splash, mainly taken on the chunk. Big bull mahi out there.

HARVEY CEDARS, NJ – September 1, 2012 – Officers took a report of two vehicles that were stolen between Friday night and Saturday morning. A resident of Hudson Ave reported that sometime between 3 AM and 6:30 AM Saturday morning someone stole their 2008 Gray Lexus LX-57 SUV from their driveway. The vehicle was unlocked and the keys were left in it. Officers later responded to Holly Ave in the Borough where residents reported that their 2012 White BMW 750 was stolen sometime between 11:30 PM and 9:00 AM. This vehicle was also unlocked and the keys were left in it. Detective Robert Burnaford is investigating both incidents. Anyone with any information is urged to call him at 609-494-3036.

A 2012 Infiniti SUV was reported stolen to Borough Police in late July. This vehicle was recovered in Newark NJ a week later. Police are still investigating this incident.

The Harvey Cedars Police Department would like to remind residents to lock their vehicles even when parked in their driveway.

Julia reports from Ship Bottom: "Just watched a lifeguard go out and rescue an older man who got out too far and got too tired to get back in. Don't forget to thank the lifeguards who kept us safe all summer on the way off the beach this weekend." Sam Rauch, Acting Assistant Administrator for Fisheries at NOAA said, "This fishery demonstrates the strength and success of the U.S process to provide sustainable seafood to domestic and global markets."

Shark meat from dogfish is primarily consumed in Europe and Asia. American seafood processors utilize 100% of the fish, with zero waste. The back meat (28% by weight) is used for fish and chips in Britain. The belly flaps (5%) are smoked and eaten as Schillerlocken in German. The liver (10%) is used worldwide in nutraceuticals. The head (15%) is used as bait by U.S. lobstermen and crabbers. The remainder of the carcass (39%) is used to produce organic fertilizer for agricultural use.

The highly-prized fins and tail meat (3%) are an East Asian delicacy. Shark fin consumption is important culturally in Asian societies. Shark fin soup is often served at special occasions such as weddings and banquets. Dogfish is a sustainable, humane source of shark fins. The Sustainable Fisheries Association joins concerned citizens worldwide in opposing the inhumane and destructive practice of shark "finning" at-sea.

Spiny dogfish are top-level predators, and population levels are high. As opportunistic feeders, preying on whatever is most available, many fisheries observers are concerned that an overpopulation of dogfish may be contributing to lower levels of species such as cod. Continued recreational and commercial fishing on this population under the federal and state science based management plans is both sustainable and potentially beneficial to the North Atlantic ecosystem.

"This is a step forward in the use of this resource in a responsible manner. It will open up a lot of economic opportunities for the industry as a whole and bring balance to the ecosystem," said Dr. James Sulikowski of the University of New England, who served as an external reviewer in the certification process.

"The ecology and biology of the species is much different than was once thought. It's reaching maturity faster, it's reproducing at a faster rate, and it's rebounding quicker into the ecosystem. We hypothesize that it's feeding on other groundfish stocks and limiting their ability to recover," Dr. Sulikowski continued. "No matter how much you reduce commercial and recreational fishing, those species, such as cod, would never recover because of the pressure that dogfish is putting on them -- directly by eating those groundfish and indirectly by competing with them for resources."

The fishery is important to the thousands of commercial fishing vessels in the Atlantic that hold Federal or State permits for spiny dogfish, as well as shore-side businesses. It is estimated that 20,000 jobs at sea and 140,000 jobs on land are supported in various degrees by the fishery. As an export product, dogfish help reduce the U.S. trade imbalance.