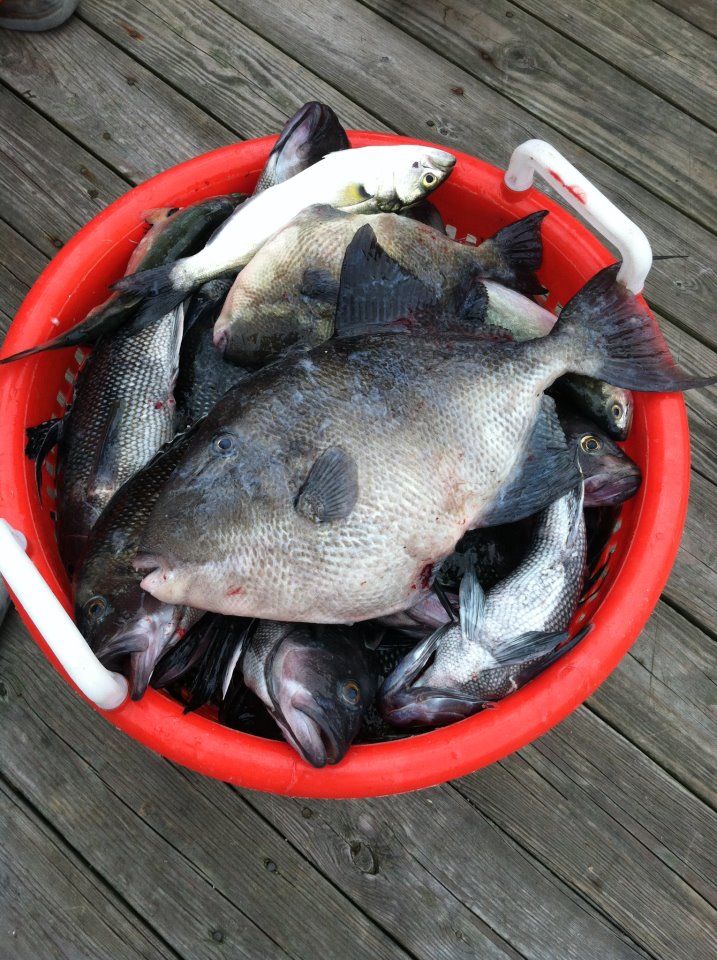 Saturday, September 29, 2012: It was if the skies responded to the Tuckerton Decoy Show. By early afternoon, the west breeze took on a bit of a chill, while the gray clouds kept piling, giving things a full fall feel.

(See below for info on this filthy clamming video: http://www.youtube.com/watch?v=gV_qQC51qNM&feature=youtu.be)

I drove the fairly crowded LBI front beach, working my way to Holgate. I passed some very discolored water. That was a bit odd since it really didn't rain or blow that hard. Still, the water went fully off-color and opaque.

Town (Beach Haven) filled up to beat the band. Folks flocked to Merchants’ Mart, sidewalk sales and fire company’s block party. Man, the fire hall (and side street) was rockin’ when I passed it in the afternoon. A real fine event, though some Sunday hangovers were seemingly in the making.

I’ve often noted – and caught hell time-a-time – the Queen City has a history of proud (and raucous) partying dating back 150 years. I don’t care what sophistication it purports, the town was built on good times and partying, including some of a ballroom nature back in the Baldwin and Engleside hotel days – though I better recall the Acme days.

As for angling, that wasn't rattling the rafters. Sure, the omnipresent bluefish were typically suicidal. A couple late-to-leave kingfish showed. I know of two keeper fluke that couldn't possibly realize how lucky they were, firstly, that the season had ended and, secondly, the bad intent behind my stare as I very reluctantly released them. They went for live mullet – which were moving through fairly heavily.

Not that it overly matters but the starfish are on the move, undertaking one of the slower migrations -- out-slowed only by sea urchins.

It seems to have been a banner starfish year. I bring that up since any stars that wash up during coming storms should be candidates for drying and painting. That is one of the few holiday traditions I recall down here. Most Christmas trees held a few.

Which is a lead-in to my search for “Shore Holiday traditions.” I’m collecting each and every one I can get my hands on – to be written up. I’m especially looking for cool and odd holiday traditions maybe just your family or your weird neighbors have celebrated during Thanksgiving, Christmas, Hanukkah  Kwanzaa (hey, ya never know) or even New Years. I need like 50 of ‘em so let me know how have celebrated a coastal Christmas and such: jmann99@hotmail.com.

Back to fishing, Kurt H had a big bass swirl on a plug, south end. That’s gotta be a good sign. 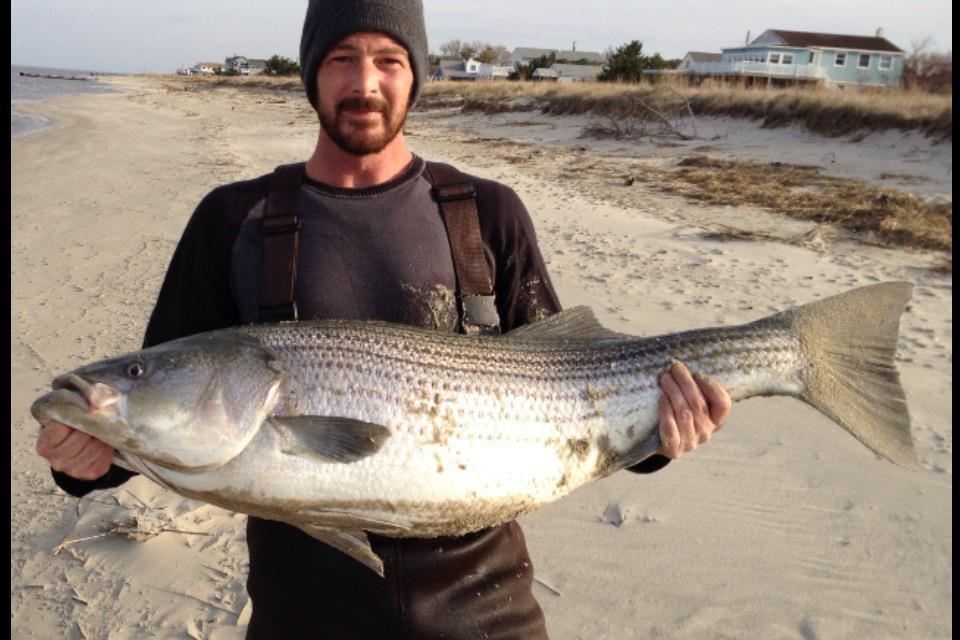 PHOTO: SIGN OF THINGS TO COME. Taken today -- not here, though.

I see where just to our north “pencil poppers” are catching blues and taking bass-like hits. I like them, mainly the wooden models (most). They can outcast just about any equal-sized plug. However, they sure seem to be more effective with some butt-end bucktail, though. Cobalt blue and school bus yellow rule. 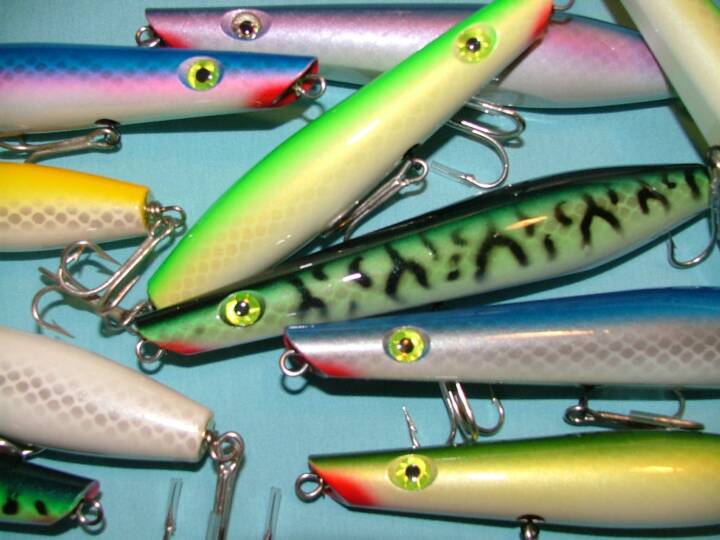 DON’T GO THERE: I cluelessly hit the mudflats of west Holgate this afternoon at low tide. I wasn’t knocking them dead fishing and the thought of tomorrow’s Chowderfest had me itchin’ for some clams.

What a frickin’ mistake. I’ll preface my description by seriously assuring I most likely won’t be taking that drive again. It was stinkin awful.

Right at the start of the half-mile trek back there, a couple muck-loaded ditches are so deep they’ll put your head through the buggy roof, even mowing at a crawl. Pity anyone with a larger front-mounted rack.

After the bunghole ditches, there’s hundreds of yards of mud and watery ooze. It’s so bad that 4WD starts to lose its grip. And that can nail you worse than loose sand.

I once wrote about that weird and potential vehicle threatening phenomenon where you’re buggy gets hopelessly stuck in just inches of muck. The slime is so thick you can get absolutely no traction. All four tries spin insanely in place spewing up rotten-egg-smell mud.

Anyway, here’s the video of me coming back. The drive in was so bad the video got trashed. Going out I smartly made a new trail. Didn’t help much.

The sound on this GoPro moments (five) is down so you really don’t get a feel for the bouncing, squishy, splashy, crappy cruise. Just mark my word, when you get outta there you’ll purposely ride through ocean water just to rinse off the stinkin’ slime trapped within every crack of your buggy’s undercarriage.