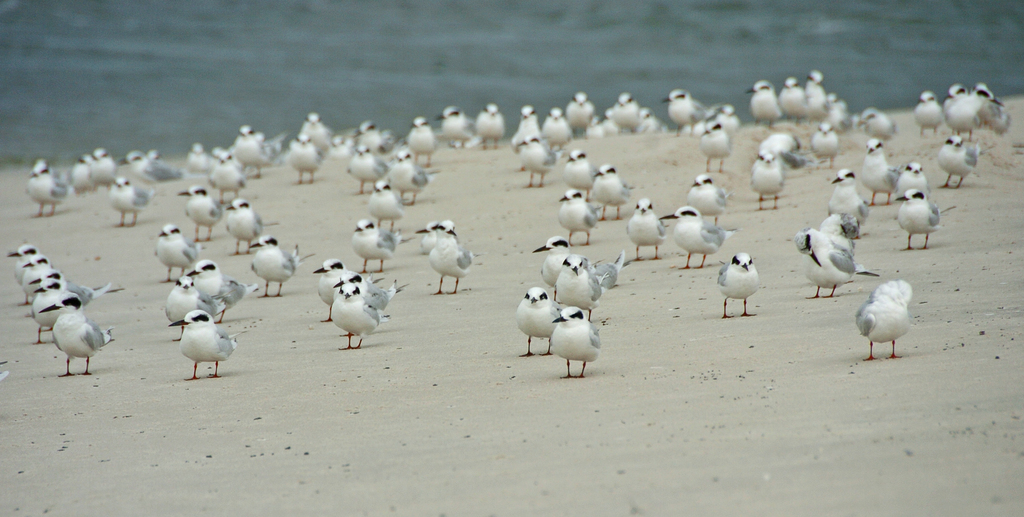 World Series of Surf Fishing Tournament was run today. Hopefully, someone will get me the results.  http://www.asaconline.org/tournaments/9-28-13.pdf

That event has very often been held in windy, surf-riled conditions. Comes with the territory. Why is it called the “World Series?” It began 67 years ago. Let me do the math. That means is began in 1946, give or take a few years. I never know whether you count the first year, then carry the two, divided by pi  … oh, never mind.

Anyway, back then was held in early October, right about the time the LBI event was first held. Ironically, in 1946 the World Series was between the St. Louis Cardinals and the Boston Red Sox – a matchup definitely not outside the high realm of possibility this year. It took the whole seven games for the Sox to persevere. If the event began in 1947, the World Series of baseball was begun on Sept. 30 and was between the Brooklyn Dodgers and Yankees. It is famed for featuring an African American phenom named Jackie Robinson, making the Dodgers the first racially integrated team in the World Series. The Yanks won in seven in a series among the most exciting in history. (I used to live and breathe baseball.) Back to fishing, I sure didn’t see anything exploding in the surf. I plugged until my rod and reel got tired – not my arm, mind you. Nada. Not even a bluefish in the suds, though I saw a spattering of small blues being caught on bait. 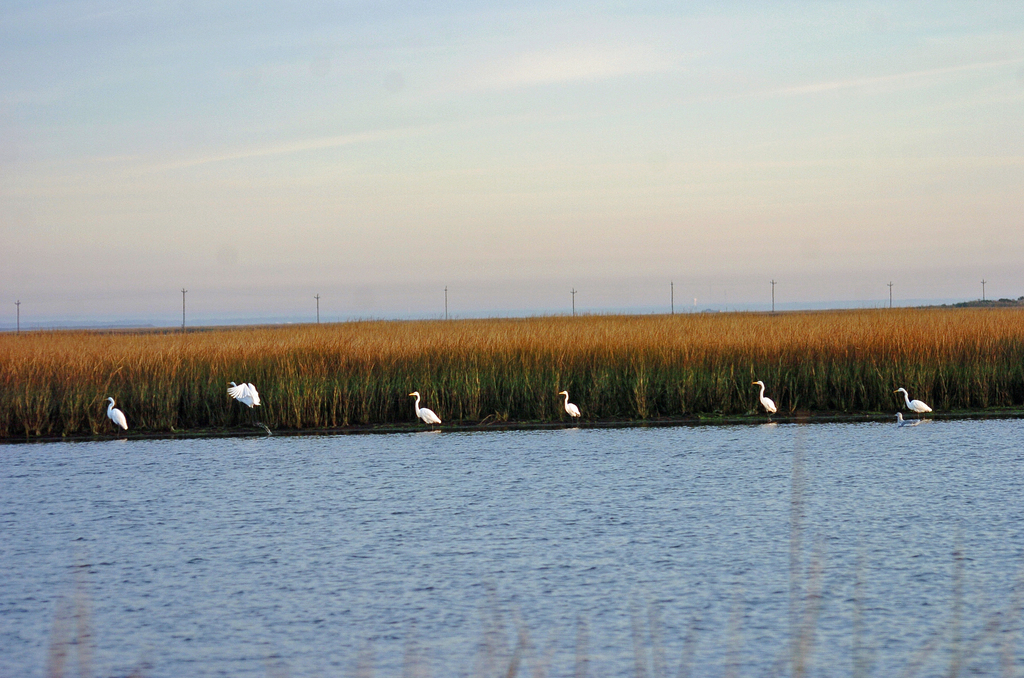 Holgate alert: Way down at the Rip, there is an erosional area that is tricky to very dangerous at higher tide. There is a four-foot cutaway that, if driven above, could collapse and lead to a rollover. I’m real worried about anyone heading that way after dark. Here’s a photo looking west. 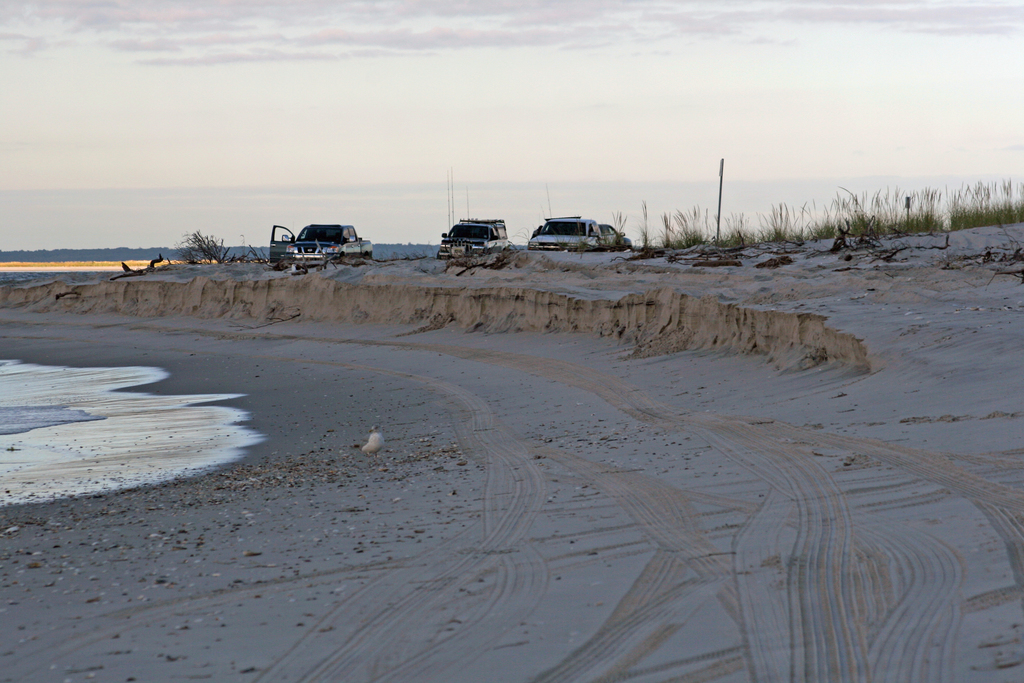 Elsewhere in Holgate, I hate to even mention it but the notorious cove is forming at the drive on point. Currently there is a load of sand left but I don’t like the speed the westward-heading cove is moving. 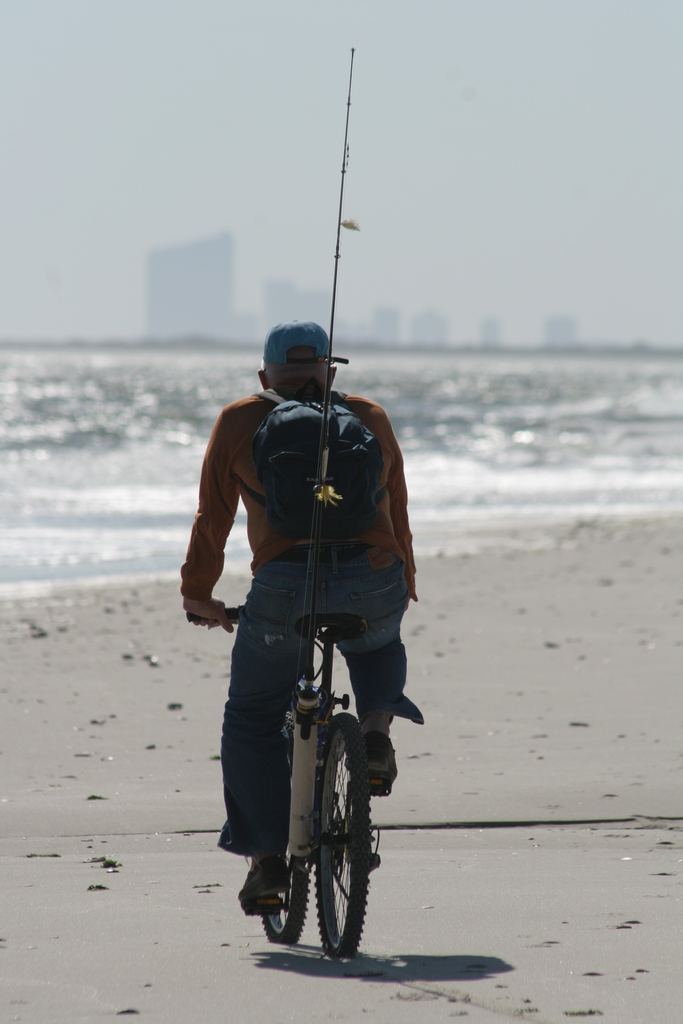 By the by, I have it on decent authority that the Beach Haven Inlet (the inhabited section of Holgate) will get replenishment by next spring. The sand placement will be placed all the way to the submerged jetty, just past the parking area. That jetty is roughly equivalent to the north boundary of the nearby Forsythe Wilderness area (the undeveloped section of Holgate). The refuge zone cannot be sand fortified without running into legal hassles, however, through littoral drift, the pumped in sand will quickly reinforce the most northerly section of the Holgate wilderness. In the longer run, if could benefit all the way to the end of Holgate toward the Rip. A southward surge of pumped in sand is direly needed a couple thousand feet south of the parking area. That’s the non-vegetated area, which extends from ocean beach to bay waters. It is certainly the assigned Holgate breaking point, per nature. 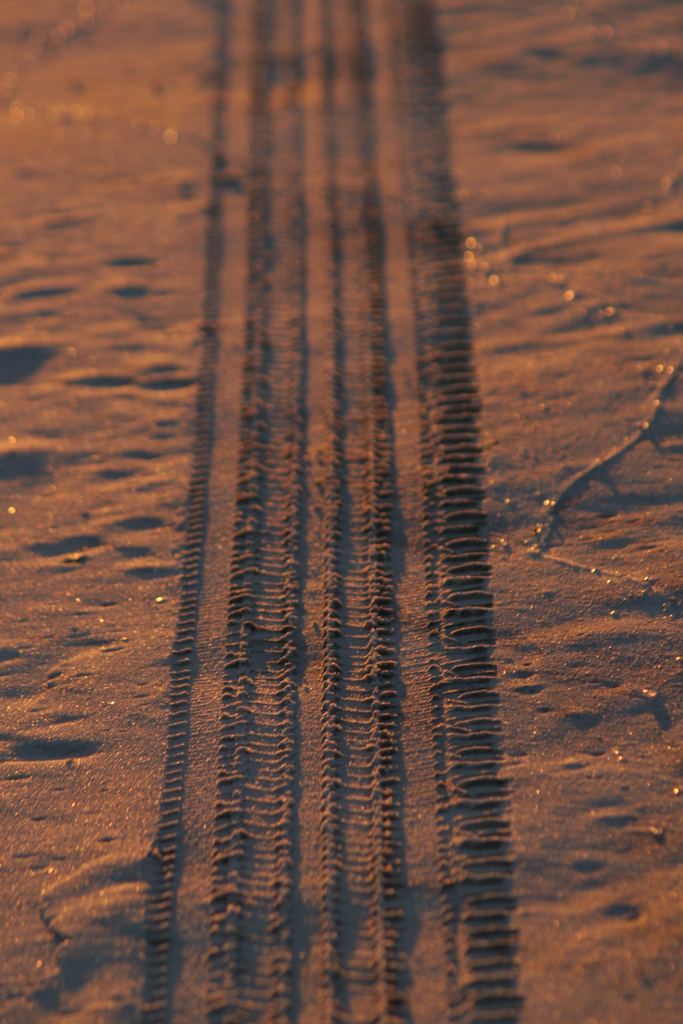