Hank, I lined you up with the perfect date for tonight. She's, uh, a living doll." Below: Taking part in her first Proper Hydration Contest, Ellie did good .. or not. Saturday, October 22, 2016: Well, the west winds are upon us … with a vengeance. They'll be honking for at least 36 hours straight. As expected, the offshores immediately helped diminish beach washover, knocking down both the waves and tidal swings. Now, it’s just a matter of time to see if the somewhat easier surfcasting conditions will lead to a better read on where the bigger bass are lying.

Below: Hey Jay, a friend told me u were talking bout the big bass caught few days back in ur blog. I didn't weigh it in but on my scale it was 39lbs even n 39.7lbs by calculation. Since it's been over a week I'm so worried bout being hawked, so if u wanted the pic of that bass for ur blog im sending it.Adam Aguiar With 64-degree ocean water, there will likely not be an outburst of bass by any stretch. However, we’re already seeing there are some significant rogue cows in the suds. Which is par for the course.

Looking back through decades of Striped Bass Derby/LBI Classic stats, it’s easy to see bigger bass are loners. Sure they’ll gather beneath bunker pods but that’s a meet-up of mutual feeding interest more than a Kardashian-type family hangout. The best rouge bass scenario is an Island-long showing of solo stripers. It’s far from a blitz but can offer trophy hookups to scattered anglers.

That said, it’s time to touch on what’s trending, regarding the better times of day for bassing. And there is change in the night air. Jumping back at least 20 years, night fishing was king. I was among many heavily into after-dark plugging. During those times, you either fished night or went home empty-handed.

Black Bombers were the rage during those night-fishing days. Black in the dark of night? Upward-looking bass could better see the silhouette of a dark plug on the surface, or swimming shallow.

I was also shown how a night plug should barely move. A plug retrieve at night should offer little more than an in-place sashay motion. One of my largest bass ever went for a black plug that I allowed to simply sway, in place, within a current off a jetty end; no retrieve at all. I’ll guess it was every bit of 40 pounds, though I base that on hand hoisting it when releasing.

Anyway, not that many years back, the night bite totally went AWOL. Hardcore night anglers were left in the dark, especially as to why they’d fish the entire night away with nary a touch. Well, grab an energy drink because the old night days might be back again. I’ve had three savvy striperists tell me the darkness is once again harboring the best bass. At least one of those anglers is strictly a plugger. Oddly, I don’t think any of them are in the Classic. 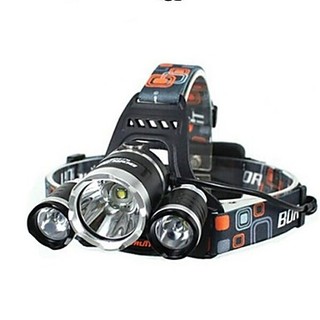 While I now need my beauty rest, i.e. screw staying up all night looking at rod-tip glowsticks, I’m banking on the shorter days allowing a goodly chunk of after-dark surf angling before my midnight bedtime. My two personal-best bass (50-lbers) were both taken about an hour after sunset – one on a plug, the other on bunker.

As to boat fishing for bass, it’s starting to rock the Kasbah. Numerous posts have clearly shown big bass are out in boating land. It’s not as easy as shooting ducks in a barrel out there -- but close … more like catching bass in a barrel.

Yes, I get jealous seeing the ease (sometimes) of stripering from boats but appreciate nabbing a bass of any size in the surf that much more.

Below: When surfcasters are forced to go boat fishing ... 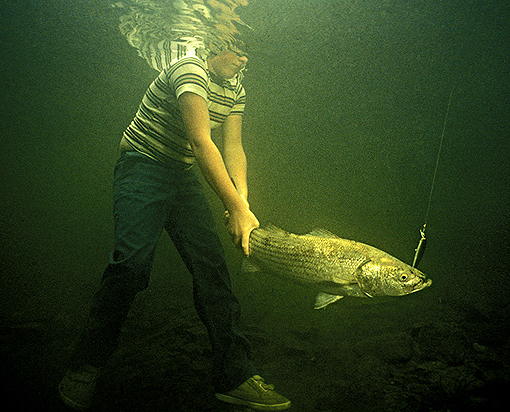 DIGGING OUT 101: I was asked to offer some tips to digging out after bogging a bit while driving the beach.

Below: SUVs are not great on the beach. 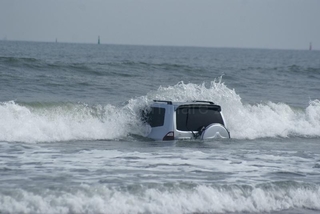 The first trick is to always being alert for signs that forward progress is dying. Stop right there! Don’t rev, dude! Simply get out and see what’s going wrong. The tires will tell you what’s sinking and where.

At first signs of trouble, rethink tire pressure. Take it down a goodly notch. By stopping at the first signs of Sinkage, you don’t have to worry about the frame settling on the sand as you let some more air out.

Note: You can lower PSI pressure to the upper- even mid-teens with no fear of the tire coming off the wheel. Just make sure you have your air compressor on hand for when you get back on the road. You don’t have to reflate to a full PSI but you do have to air back up into the 20s to drive safely. 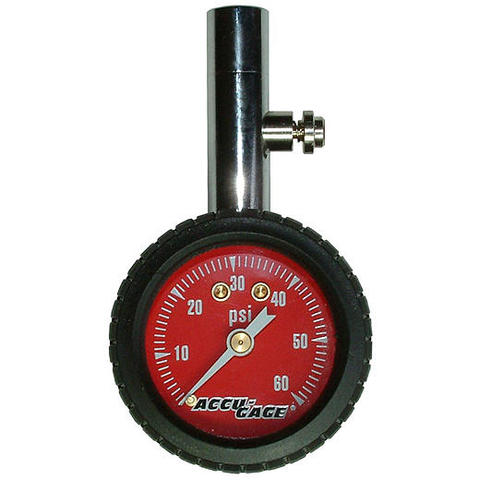 But back to the bogdown.

Once aired down, check out the surrounding sand situation. Literally walk up ahead to foot-test the sand stability to see if going forward is unadvisable … and it usually is, since that’s what got you in a spot of trouble to begin with.

Reversing out of a sinky situation is most often the way to go for two obvious reasons: You didn’t get stuck back there and you’ve already pressed down tracks, which become tracks of least resistance when backing up.

But hit the gas so fast. It’s vital, even in a nonserious sinking scenario, to dig out behind each tire, especially any tire that has dug in. To do this use your shovel … No shovel. SOL. Start hand digging. Dig fairly deep holes – say, eight to ten inches deep and a football length, down behind each wheel. Then, flare out a track backwards from the hole, a bit like forming outward facing ramps … which is just what they become.

When readying to back out, seek any human pushing assistance from kindly nearby folks. And, for crying out loud, get behind the wheel yourself. It’s crazy to have someone who doesn’t know the vehicle jump behind the wheel to perform a dang tricky de-bogging maneuver. Many near divorces have occurred with hubby yelling to stunned spouse, “Just jump in and do what I say …”

I’ll now quickly bring up towline assistance. If someone is kindly enough to risk using their vehicle for a moving tow – as opposed to a winch-out -- you must still go through the above-mentioned hole digging and path-clearing process.

The trick with a tow-out is to use as long a towline/strap as possible. A stuck driver suddenly feeling the freedom of being loosed tends to accelerate backwards … with vigor. Short tow lines mean the margin of error between both vehicles is acute. What might have been a $200 tow truck pullout ends up as thousands of dollars in collision damage. I have seen this on more than a few occasions – not to mention a half dozen bumper tear-offs because of either improper towrope hookups or a towing vehicle continues to back up when the driver of a freed vehicle hits the brake. 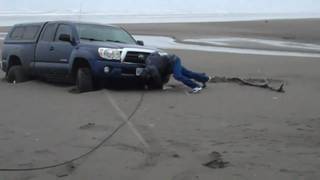 Towing always demands a go-between, i.e. someone alerting both drivers to, firstly, the tightening of the towrope, followed by a coordinated acceleration effort between the two vehicles. And, most importantly, when both have to stop! Look closely and you’ll see me trying to direct both drivers … and there was still almost a collision. http://www.youtube.com/watch?v=jMF7DdbPgb4

Never (!) try to pull out a stuck vehicle that is dead weight, i.e. conked out engine! The towing vehicle will blow a trany almost every time. Notice that even heavy-duty tow trucks first winch-out a stuck vehicle. They know the folly of a dead pull. 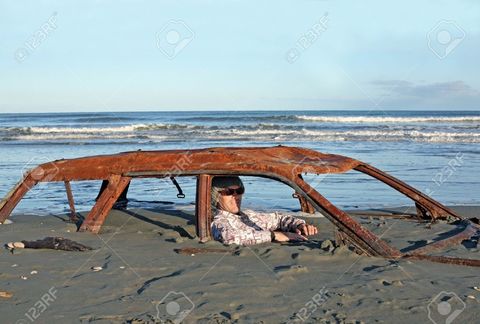 I’ll note that there are some rare occasions when it is best to move a stuck vehicle forward, like when said vehicle is about to reach some solid (set sand) ground. In that case all the other digging procedures apply but those drop holes and ramps are dug in front of the tires.

Above is the best-case-scenario pull-out method. When (all too often) newbies “bury” their vehicles, so the entire chassis is resting on sand, dig outs can get hideously hard. It entails the truly arm-wrenching, backbreaking job of shoveling sand from beneath the vehicle – until you can see through to the other side. Even when a frame is freed, the hole digging at each tire is also required … as is a helpful push or pull from friends, family or passersby.

In a total bury job, it is vital to know the tide … and how quickly water might reach the victim. If an hour’s worth of digging time is unavailable, tide-wise, it’s time to call the pros, ASAP. In fact, any doubt at all about a simple grassroots pullout being done in a tide-timely manner, alert a tow company.

Instead of explaining the use of a come-along, I’ll simply repost this example I was involved with. It is pretty much just another winching method.

n the catch and the release!!!

Special Thanksgiving Day (Nov 24th) Prize.
A $100 gift card to Surf City Bait and Tackle will go to the bass closest to 30 pounds today in Memory of Bruce Hoagland.
This prize has been donated by his family.

Makes ya wonder...how come with all the driving up and down the beach in Beach Haven and Holgate during the summer, I've never seen the LBTBP vehicle stuck in over 30 years....maybe I just missed it I guess.

The LBT beach and public works trucks air down to super-low PSI. Check them when they come off the beach. The tires almost look flat. NEVER go that low on tire pressure in a personal buggy.

I know you mentioned a few items in your discussion to have on hand like a come along, shovel, tow ropes, etc.  How about a short list of necessities...I know some fellas bring planks for jacks and other goodies that can save us a lot of $$$$.