Saturday, October 18, 2014: The west winds have finally come with some authority ...

Eagle in Holgate today. See below: Back to beach ... check back later.

Saturday, October 18, 2014: The west winds have finally come with some authority but the ocean is big (surf) and off-color. I plugged to the hilt and didn’t even get anything small. So, what is fishing called when fish don’t enter into it? After a half day of doing whatever it’s called,  I said this is for the birds. Which I took literally -- and went cruising Holgate to take in a very fine showing of raptors. I used my upper top-end Zeiss binoculars and it astounding the look and feel they offer when watching the likes of a distantly perched bald eagle. My cameras fail miserably in way-distant shots but even with the finest of cameras, lens and filters they can’t quite capture the stereo look of binoculars – though some lenses get close.

The bald eagle is actually my first for Holgate. I actually saw them to near boredom, years back, while fishing the Mullica, including during hard-water (ice) times. It’s just cool to see one in such familiar surroundings, like Holgate.

Thumb’s up to Stu D., who first spotted the national bird, even at a goodly distance off, near the bay at the 5,000-foot marker.  When Stu told me about the bird, and I went to see it, I first saw a large osprey and thought Stu had fallen for the old osprey pretending to be an eagle gag. But a short time later, when I saw the real eagle McCoy, there was no mistaking the classic look.

I got a rare birding treat when a large Cooper’s hawk flew right over the eagle, almost as if having one of those “What have we here?” looks. I managed to get this quick pick, as the hawk soared off. The eagle couldn’t care less about the raptor competition in the hood. It glanced up and that was the extent of its interest.

There was a goodly amount of fishing pressure today, compared to lately, and nothing was happening for those I chatted with. I’m so a hard up I’m thinking of doing bayside Beach Haven after dark tonight. There had been a bit of  bass bite thereabouts.

On the bait front, the spearing and rainfish have returned in clouds. The thing is nothing is hitting them, short of very tiny blues and few ocean (Atlantic) herring. Water temps today ranged from 65 to 67. As I keep saying. it should be interesting to see what the rapid cool-down will bring tomorrow. 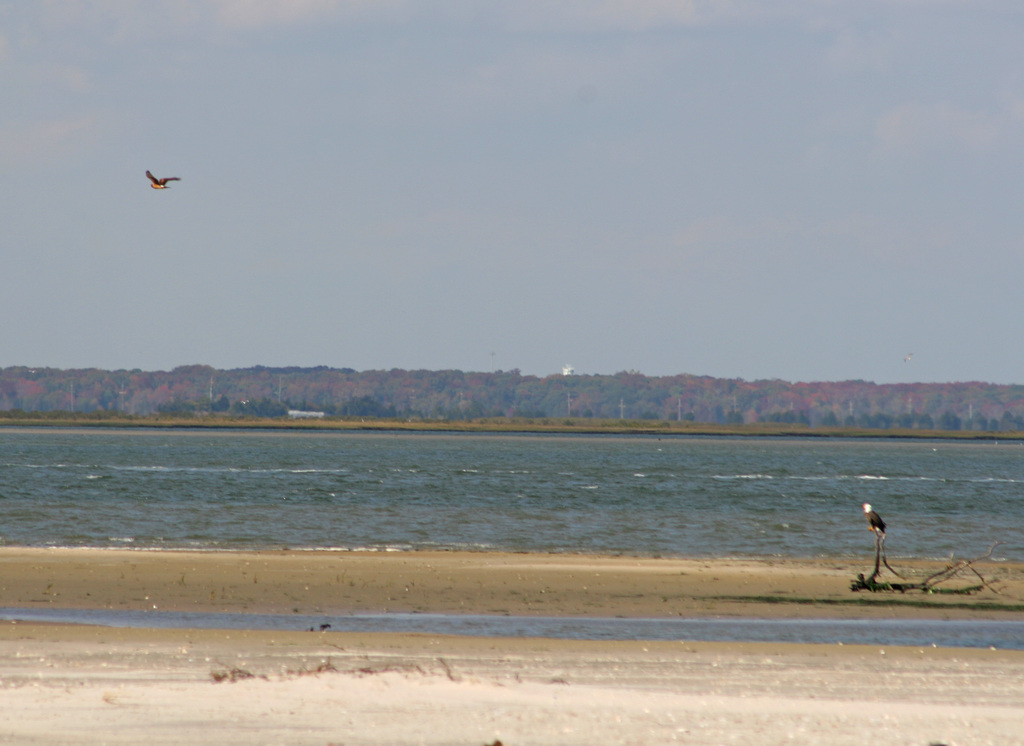 Fished the north jetty rocks around noon today before the tide started in. There were swells but nothing to stop fishing other than you put a little more distance in between them and you. I could not raise a blackfish on green crabs and could not raise a bass on spot. It looks like the bluefish have left the scene with not a touch on my spot.

By 1:30 the swell and winds were increasing so I packed it in and headed for back bay SB. Ocean water off IBSP was 66

Tried for an hour at various bay spots without a touch. Back bay was also 66 which is pretty warm for this time of the year.  WP 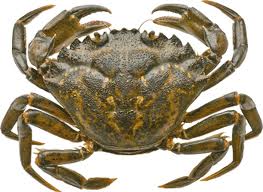