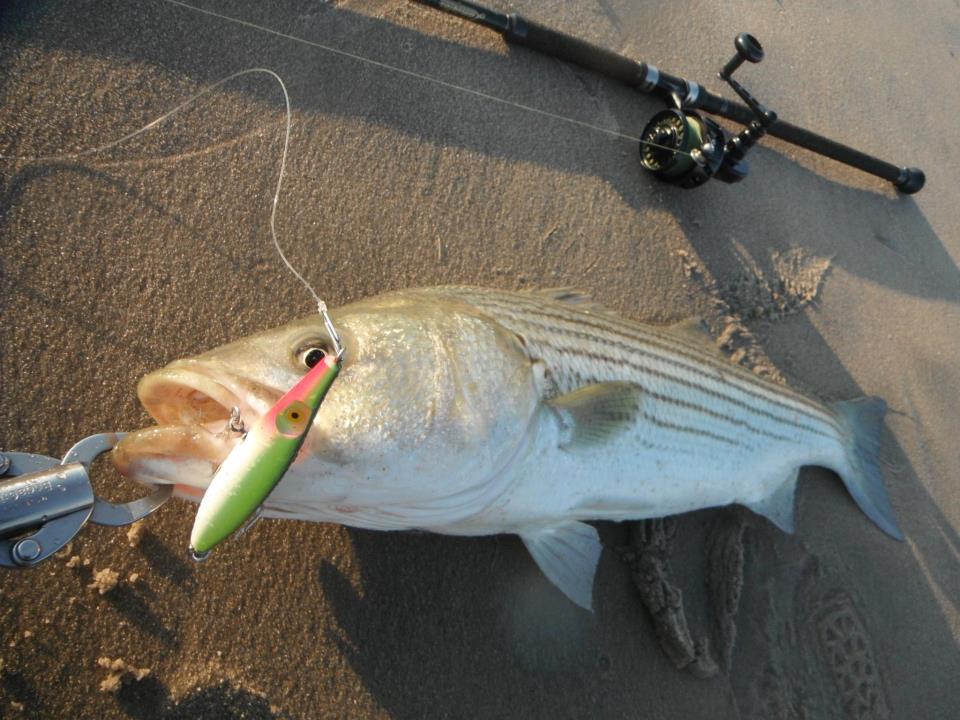 Above: Gotta love those pencil poppers. The bass do.

Saturday, October 13, 2012: Real decent fishing day, sky-wise. Changing winds, then breezes, made it tricky for boat anglers but those that worked through the gust hit astounding seabass fishing. I know, having found a fat bag of fillets left off for me to fishcake into astoundingness. 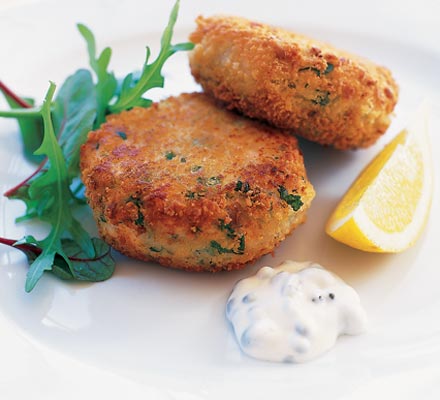 The tailor blues are still very much in play, even though the calendar says they should be off to parts unknown. This may allow me to make another batch of jerky with these perfect-sized 2-pound blues. As the blues now get bigger, they can still be jerked up to 6 to 8 pound, however, there’s a lot more slicing and dicing of the filet meat to get that ideal piece size.

I was gifted with some smoked bluefish and it was scrumptious, however, it is a truly different taste from jerky. Both prove the gastronomical excellence of smaller blues. Wish I could say the same for blues over, say, 10 pounds. Those need some serious recipe assistance – then are best used as a fertilizer. Just kidding. But even I don’t like the PCB levels in bigger bluefish. 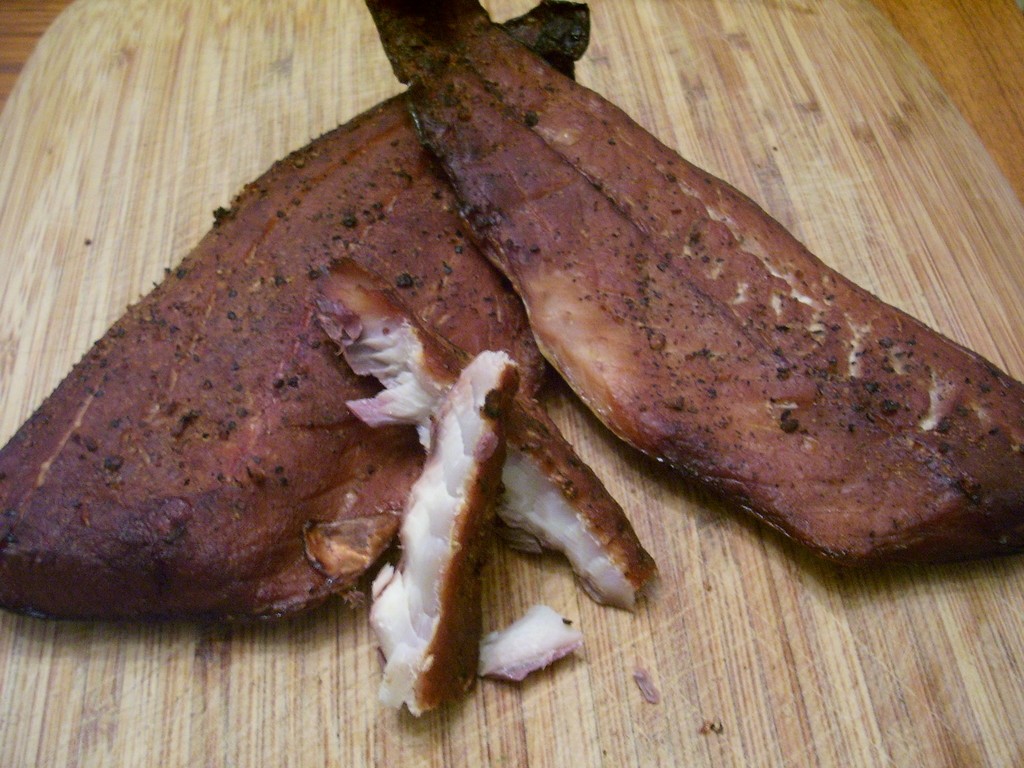 Above: Bluefish just out of the smoker

Unlike striped bass, with a very slow metabolism, it is very hard, neigh impossible, to weigh-and-release chopper blues, unless you have serious oxygen to feed into a saltwater-filled cooler.

With the slightly cooler weather we’re having, the chances of releasing a weighed in bass are pretty good, however, the sizes of the fish being weighed into the Classic are in the highly edible range so they are ideal to invite home to dinner.

By the by, I think the concept of releasing bass into the bay offers the fish the best chance to survive the trauma. This is not to say a released fish is sure to live on but the bay, especially at night, allows for a slow recovery without the likes of sharks moving in, responding to the electronic emission from a wounded fish.

I have seen no less than half a dozen bass – a couple (once) huge-- literally dissected by sharks. We once had a huge bass head wash up right where we were surfing in Harvey Cedars.  Its gills were still bright red – moving! That was in October.

Below: Joe Handley catches and releases a big bass in 2011. 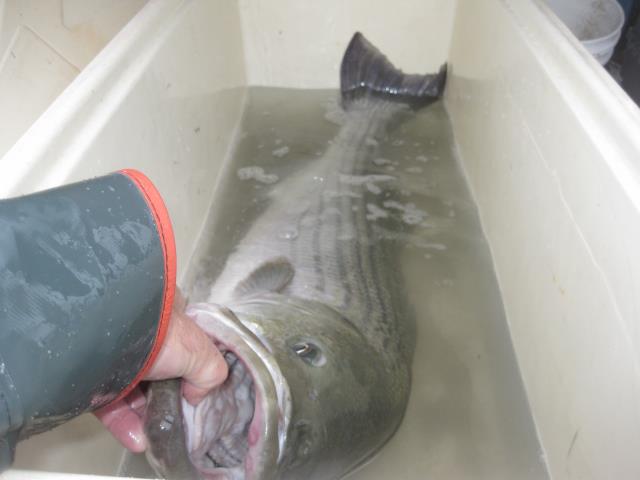 Back to catching, a few more stripers reached the Classic scales. Surely a couple/few more tomorrow – providing the catcher is in the Classic.

The insane mullet showing goes on. This is now in some other dimension of oddness. Was it the mild winter last year, the relatively storm-free spring, an overall warming of the ocean, Gulf Stream quirks, excessive nutrition (phytoplankton) in the bay, or cosmic Mayan influences? Whichever, this mullet migration is one for the record books. Hell, if the mullet stay around any longer, they just might be here when the bigger bass arrive. Time to break out top-shelf poppers, including the likes of vintage Gibb’s, which I feel, along with many other pluggers, swim better than current models. I also get to unsheathe my Tom W. custom surface splashers.

Fish feces to the planetary rescue.

Millions of tiny fish pooping out even tinier turds may have a big impact on climate change. The fish, such as anchovies, feed on single-celled algae that live on the ocean’s surface. A study in Scientific Reports found that the fish feces sink rapidly to the bottom of the ocean, carrying with it the carbon from those algae.

“Pellets produced at the surface would travel the 1,600 feet to the seafloor at our study site in less than a day,” Saba said in a press release.

Each pellet of poo contained only 22 micrograms of carbon, on average.

“Twenty micrograms of carbon might not seem like much,” Steinberg said, “but when you multiply that by the high numbers of forage fish and fecal pellets that can occur within nutrient-rich coastal zones, the numbers can really add up.”

Indeed, as much as 251 milligrams of fish poop per square meter fell over the study site each day.

“Our findings show that, given the right conditions, fish fecal pellets can transport significant amounts of repackaged surface material to depth, and do so relatively quickly,” Saba said.

Fish aren’t the only marine creature unintentionally fighting climate change. On the other end of the size spectrum, the mighty sperm whale creates a conveyor belt of nutrients from the deep ocean with its dung.

When Moby Dick’s decedents dive deep and devour squid, they must return to the surface to defecate, since their excretory system shuts down during dives. The poo that the whales release on the surface feeds microorganisms, called phytoplankton. When those microorganisms die they sink and carry with them the carbon dioxide they inhaled from the atmosphere and used to construct their bodies.

"If Southern Ocean sperm whales were at their historic levels, meaning their population size before whaling, we would have an extra 2 million tonnes (2,204,623 tons) of carbon being removed from our atmosphere each and every year," lead author Trisha Lavery told Discovery News’ Jennifer Viegas.