Making lemonade out of sour weather, I purposely cruised the Causeway bridges to get a natural spray cleaning of my truck. Believe me, those of us who frequently drive the beach always need a good rinse off. In fact, when street puddles are rain-based (fresh), I run through them with impunity, giving my undercarriage a nice splash over.

I always talk big about how rain and wind don’t matter to the dedicated surfcaster with good rain gear and a wicked will. Well, it’s mornings like these when that kinda language is proven to be just macho shop talk. I ain’t goin’ out there until the sky gives in a little, preferably with a stoppage of the rain.

I will stand firm that even wimps like me will face the worst sky music when the fish are screamin’ out to be caught out -- which could be real soon. I base that upbeat notion upon arriving reports of 50-pound-ish bass now being caught (and generally released) by boaters off IBSP. That bite was pretty steady a couple days back.

That bass-arrival report hit a lot closer to home waters when Dan at Captain’s Quarters passed on word that net fishermen, getting our bunker off LBI, by-caught ( and immediately released)  huge stripers. Again, that’s just a little further than a  stone’s throw off our shores. Those net-able stripers are in plenty close enough to make beachline swim-bys during the upcoming riled wind phase. In fact, it’s the roiled ocean that knocks the big, bunker-stalking bass off the baitballs, since the balls tend to break up in the churn. When baitballs bounce off, the big-ass bass take to exploring the surfline for crabs and clams. 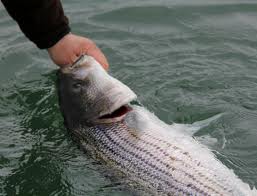 By the by, I still hold firm with my theory that many of the meg-bass we see in spring and fall are not just the fish returning from up north. The striper showing includes bass moving up out of deeper waters just to the south. There’s just too much of a disconnect between the number of bass that are seen migrating north and the numbers that show here in the fall, and even more so come winter in the Delmarva and NC waters. The Chesapeake stock is tricky to track. 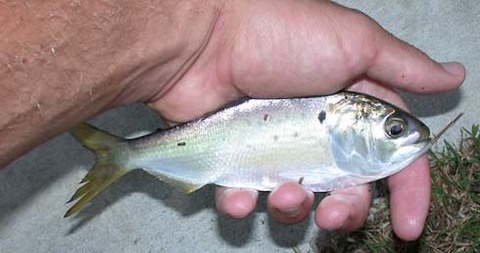 Fishing report: I threw net on a tight ball of your typical fall-time peanut bunker, hovering in the Holgate rip. The sizes of the bunkies were very mixed. And they were gorgeous bait – clean, with no parasites. Also, they showed virtually no bluefish bites and scratches. That could be why they journeyed in so close to the beach. The last decent beachside showing of tailor blues was a week ago. The blues-begone and the arriving the peanuts could also be a further sign of bass being out and about -- nearby. Hey, it’s already frickin’ Oct. 11. That, to me, means we’re into the guts of autumn, so to speak. 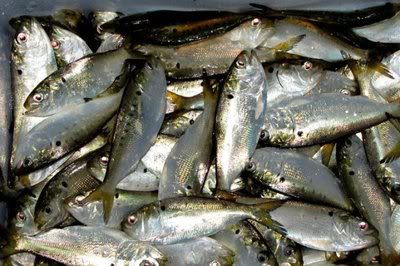 Below: Sampling from Jim V: 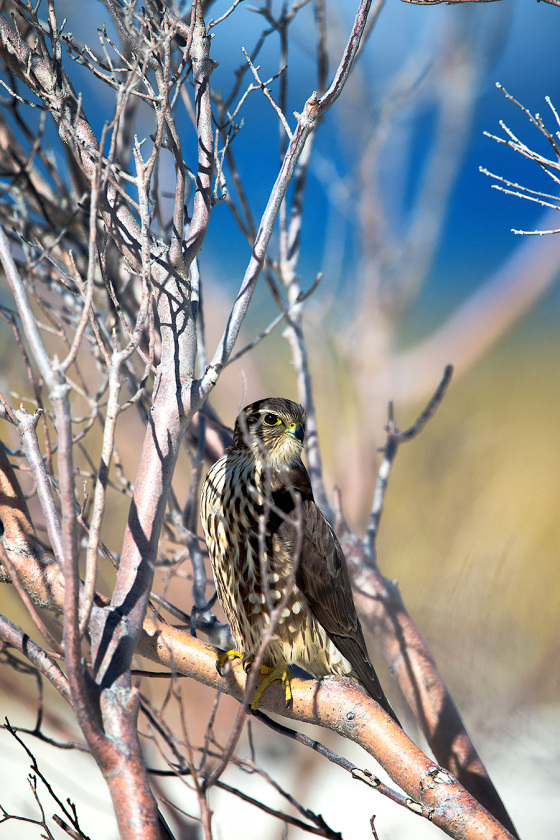 SCIENCY NOTE: On the subject of bunker parasites, the small, red/clear, dangling parasitic worms often found hanging off bunker – and some other gamefish – are, I believe, Lernaeenicus sprattae, known as anchor worms. 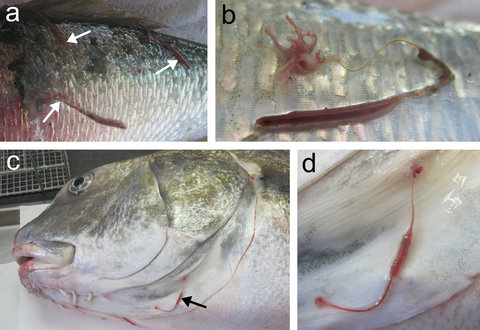 They’re surely Lernaeenicus, a type of copepod. It’s the exact species that’s hard to properly ID. There could be dozens of similar species. The book on parasitic worms is far from complete – in case you wanted to quit your current occupation to pursue a life dedicated to furthering the classifying of anchor worms.

Extraterrestrial-looking anchor worms present a serious skin irritation to the host fish. In fact, when anchor worms are on the likes of bass or blues it is common to see highly-irritated, even swollen, red lesions at the base of where the parasites have attached. Ironically, the inflamed look is quite similar to the irritation caused by tags in stripers. The big difference is pulling anchor worms off a fish before releasing won’t do a thing while yanking the catch-and-recapture tag out of a bass will more often than not end up killing a released fish. Didn’t know that, did ya? That’s why you simply take down the data of a tagged fish you’re intending on releasing. Hell, a free hat is not worth killing a perfectly good fish over. In fact, you can still usually get the hat if you just pass on the data from the tag.

Back to worms, bunker seem slightly less impacted by the anchor worms.

By the by, with some species of anchor worms, the penetrating roots of the parasite can cause internal damage to a host, though that is seldom the case with tougher marine fish.

I have skinned and even dissected many bunker to see if attached anchor worms have penetrated the flesh beneath. I have never found even the slightest signs the worms’ impacts had gone any further than skin deep. In fact, even in cases of bunker heavily hit by anchor worms, all other internal body parts indicate the infected fishes were quite healthy – short of being dead and bound for Baitsville, that is. On a historic note, the sometimes used word for bunker, pogy, might be the more historically respectful. It is from the Native American words pauhagen or pookagan, both shortened expressions for the word munnawhatteaug, which means fertilizer. That alone tells ya something about the edibility of bunker. When it came to eating just about everything the ocean offered, there were very few items Native American purely relegated to “fertilizer only” status. They likely got a good snicker when some arriving white men took to eating bunker, even after the true American locals had shown them the best use for pauhagen was planting it with corn.

That said, recent medical research has shown that bunker might be the finest natural source of omega-3 fatty acids, now proven to reduce the risks of heart disease and, possibly, Alzheimer's. Maybe that’s why large stripers have such good memory about what fishing plugs can do.