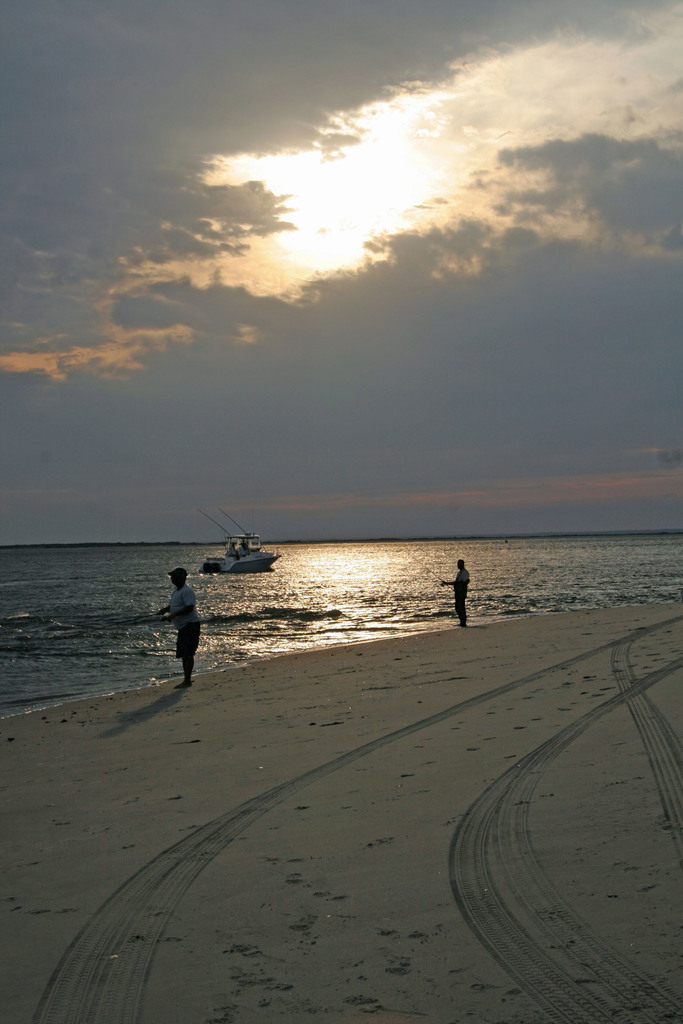 Saturday, October 06, 2012: This report is going to be tedious with my bloody thumb and all.

I guess I should mention that my right hand thumb is not itself. It’s a piece of meat short.

I’ve likely unhooked 50 blues in the past week and my insistence in not using pliers finally caught up to me, -- right near dark. A landed two-pounder had the tailing treble kinda deep in its mouth so I coaxed it to open its jaws a bit – and it took that “bit” concept a little too literally. It gave me a thumbs down. Ouch.

Not that I didn't know it already but when a pissed blue chomps down there’s no verbally persuading it to open up, even for a second. So, I semi-nonchalantly walked off the pain by walking into the water and letting the pea-brained beast think it was being released —even though it was nowhere near being unhooked. It fell for the “You’re free!” ploy and loosed my thumb.

Then, like when an imbued sword is pulled out, the gushing red began.

I wasn't bitten badly, thanks to my fingernail having had my back. Still, the minimal flesh separation was maximally sanguine. Many bluefish bitten folks remark how the wounds seem inordinately bloody, as if there’s some anticoagulant in the bite. Works for me. Bleeding freely after a blue bite is a good thing.

Bluefish can have some nasty bacteria in their mouth. The bleeding is a cleansing action. Of course, we’re not talking hours on end. I band-aided after a  few minutes of drippage. . And, yes, I saw the giggle-worthy irony that I always “bleed” bluefish when I’m going to invite them home for dinner. Paybacks are a bitch.

I see where the web has stories of flesh-eating bacteria from bluefish bites. I’m not so sure about that but there are fairly brutal less notorious infections that arrive via the marine environment in general. Some of those pathogens can be buggers to contain, even with the latest antibiotics.

Many decades back, a surfcaster on LBI eventually died after rag-wrapping a deep bluefish bite, fishing on, then going home, falling asleep -- with the bite still crudely wrapped. It infected and eventually proved fatal.  My dad knew the man so it’s a legit tale. However, it could just as easily have been an infection from the rag.

I’m feeling decent about my bluefish nip but I’ll still be listening for any sounds of flesh-eating going on.

My nipped thumb. A chunk sleeps with the fishes. 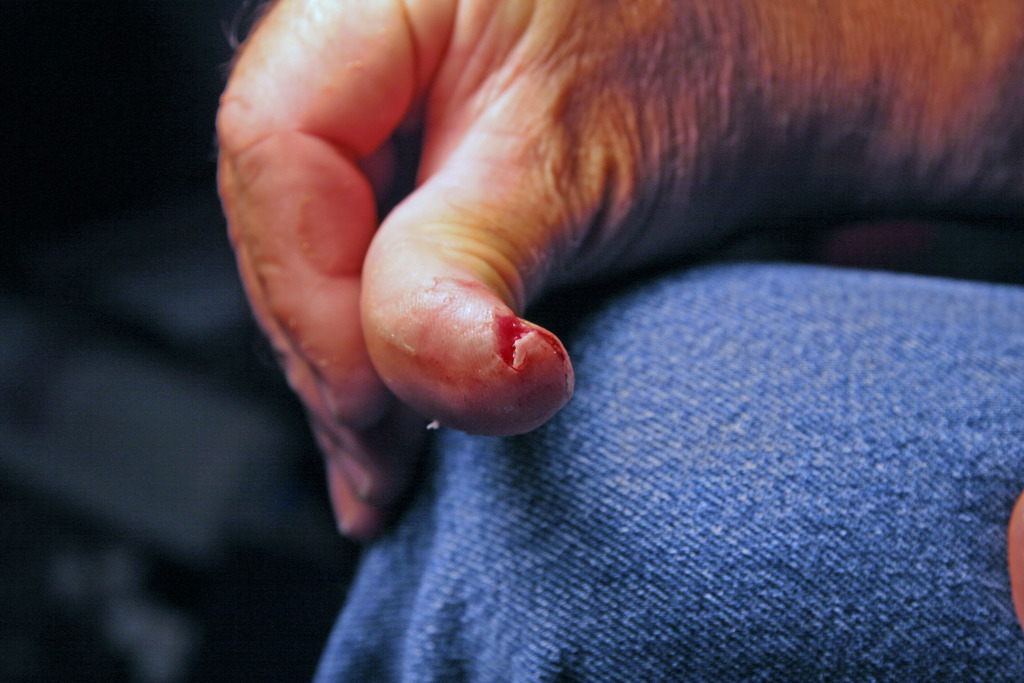 And here are some more serious bluefish bites: 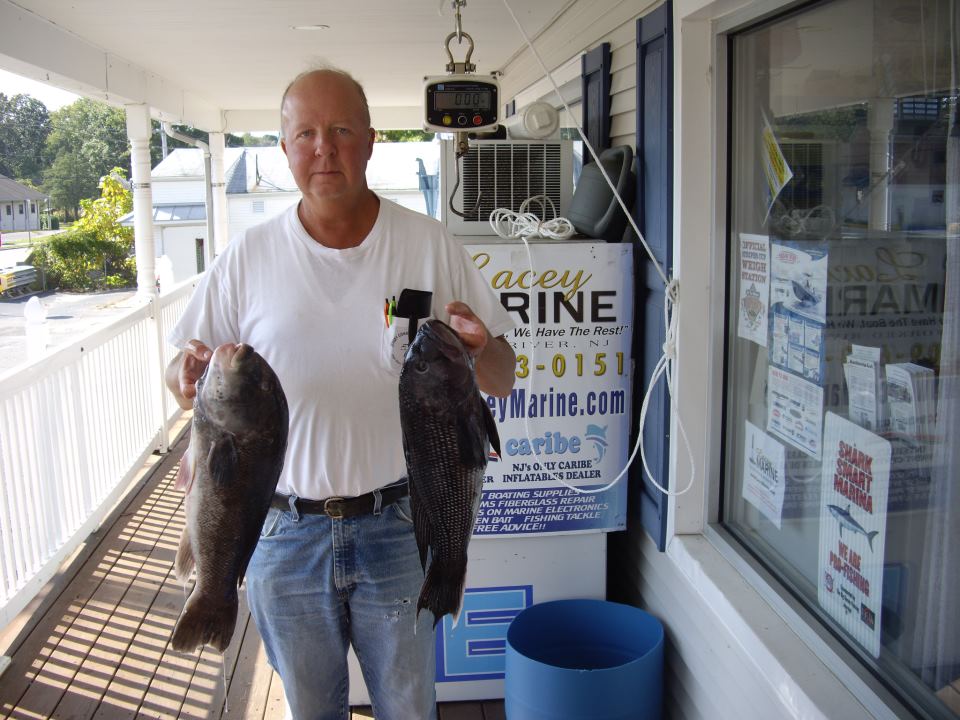 As for fishing, south winds made things a bit tough in the surf and almost impossible by boat., though I did see some vessels out and about, mainly bayside.

Despite the paucity of boats buzzing about,  wouldn’t ya know it, another fracas broke out in Hogate when a lone vessel came into the cut and the skipper decided he was going to pull in right where half a dozen folks were fishing and just as many were throwing net, I among them. What are you thinking, buddy?

I will chime in now by saying, in this instance, the arriving vessel was way out of line. It was truly as if the captain was saying, “I don’t care what all you people are doing along the bank, we’re here now. Just go somewhere else.”

The verbal exchanges got very heated. One of the vociferous gals on the vessel – where are they learning that language!? – said they needed to anchor to get out of the wind. No s***. What are you even doing out in SCA conditions? It was as if we were supposed to pay for their jaunt in junk conditions.

They grudgingly – and profanely --  anchored up a bit further down the beach. Hells bells, they could have easily done that to begin with. No, they wanted to pull up right there where everyone was fishing. WTF?

The spearing are really showing. They’re running large and balling up. I think migrating spearing draw in stripers.  Stomach contents prove that out. If nothing else, they draw in snapper blues, which can draw in choppers. 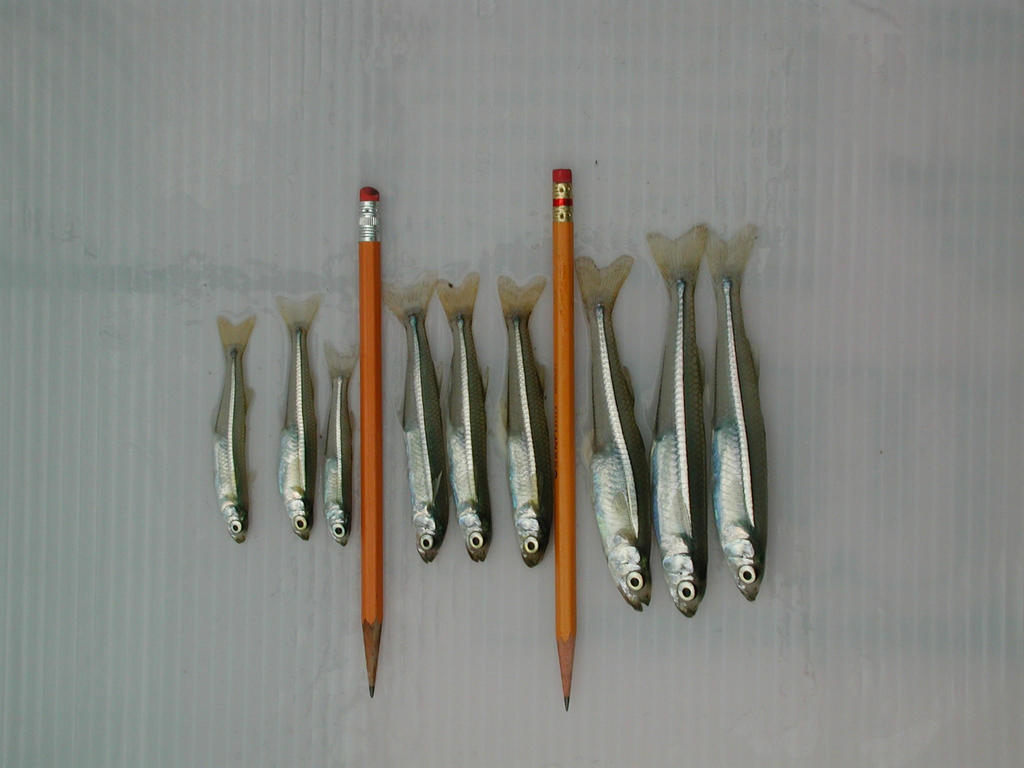 Mullet run still thick. Peanuts out there but not showing today with the winds.

Hunting season in the air -- as are arrows. 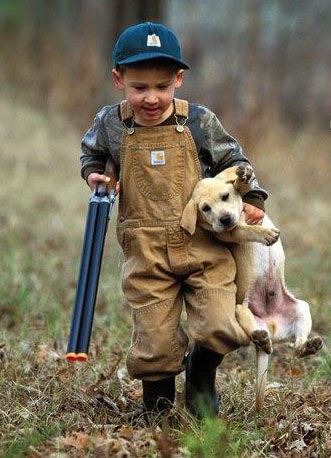