Saturday, October 04, 2014: Kinda suckacious out there. This too shall pass 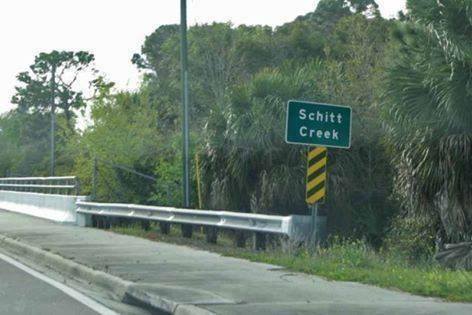 Saturday, October 04, 2014: Kinda suckacious out there. This too shall pass, fairly quickly – the sun showing at 3 pm-ish. But the skies pretty much soaked out an almost-important fall Saturday. As you likely know, tomorrow will be like anther weather world. More importantly, it could mark the first serious west winds of the entire late summer/fall season. Yes, we’ve had a few minor west winds stints but they quickly gave way to north and northeast winds. As proof, we have not been able to get back to the clamming grounds on the west side of Holgate. Usually, by now, we’ve been all but caped back there daily. Again, the north winds and related high tides have kept us from the clams. The arriving west winds will usher in a long-term run of westerlies, well into next week, though there will be bouts of south winds right before a series of west-to-east cold fronts approach.

The now-arriving westerlies will (finally) have quite a chill attached to them. The Pines will see near-freezing temp by tomorrow night. We won’t be anywhere near that chilly along the ashore. What’s more, in nothing flat, we’ll be into a long run of very mild daytime temps. I saw that warmer-than-usual pattern last week, based on bubbles of Gulf air in the middle of the country.

At the same time, a couple Midwestern states had the earliest snows ever yesterday, associated with this current cold front. Those same places will now also rebound back into the 70s. Weird – but not totally unlike weather for the past thousand years.

The core Pinelands can get surprisingly chilly within the cranberry bogs. In fact, it is remarkable how downright cold those agricultural bogs can get compared to the rest of South Jersey. This mainly impacts cranberry growers – and me when I’m camping out, in the core. Back in the day, the Weather Service daily reports would offer “temperatures in the representative bog,” indicating when it was 20 degrees colder at ground level within bogs.

Below:  The Lee Brothers ... part of my church family. 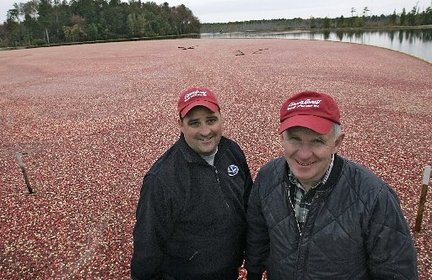 By the by, weather temps for humans are taken at what might be called head-high. Only agricultural temps are taken at ground level, for obvious reasons.

But back to those way-late westerlies. Our mullet run, as bad as it was, was surely made worse by having 90 percent of the three-week run happening during often honking northeast winds. Brutal – unless you’re a PETA type sporting “Save the Mullet” tattoos across your foreheads. Yeah, you’re normal. 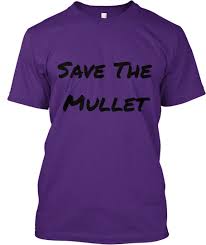 While I’m still certain it was a bad bay year for local mullet stocks, the constantly churned up ocean also lead the mullet to swim south out over the sandbars, far from cast-netting range. They had the protection of the roiled water, where even gamefish have a tough time finding them. When things calm down, the mullet formations are easily seen in the slightly deeper water and get driven back to the beachline by attackers. Once in the shallows, small blues, fluke and birds attack ruthlessly. Monday is the start of the LBI Surf Fishing Classic. The event is looking for the first-day best weigh-in, of 34-inches or larger, worth $500 cash. Please, remember that it is important to have a witness to the catch – or videotape the catching action.

As noted yesterday, many LBI beaches took a serious hit from this moon-assisted power swell. Most utterly discouraging to me is the near instantaneous loss of a nice piece of beach at the entrance to Holgate. That area went from 50 yards of high-and-dry sand, where folks lounged about under umbrellas, to a return of the dreaded Holgate Cove, as waves now re-expose the sand bags and concrete debris that signal a loss of drive-on capacity. It’s OK for now but we’re just starting our fall fishing adventure. As for fishing, some kingfish are being caught along the front beaches but surfcasters have to fight the waves. The west winds might (finally) knock the suds down to size, allowing the use of lighter gear and rigs needed for the kingfish. I had a fun time at the St. Francis Church’s Blessing of the Animals this morning.

St. Francis of Assisi is the Patron Saint of Animals. Despite his tireless life helping humans, he was famed for loving animals almost as much. There are well-witnessed stories of wild animals coming up to greet him, quite naturally.

Here is a read but it encapsulates why Saint Francis took to praying to and for animals. Come on, it won’t hurt to read this tale, beside many non-denominational groups honor St. Francis, including the like of Greenpeace.

“Father Francis and his companions were making a trip through the Spoleto Valley near the town of Bevagna. Suddenly, Francis spotted a great number of birds of all varieties. There were doves, crows and all sorts of birds. Swept up in the moment, Francis left his friends in the road and ran after the birds, who patiently waited for him. He greeted them in his usual way, expecting them to scurry off into the air as he spoke. But they moved not.

“Filled with awe, he asked them if they would stay awhile and listen to the Word of God. He said to them: “My brother and sister birds, you should praise your Creator and always love him: He gave you feathers for clothes, wings to fly and all other things that you need. It is God who made you noble among all creatures, making your home in thin, pure air. Without sowing or reaping, you receive God’s guidance and protection.”

“At this the birds began to spread their wings, stretch their necks and gaze at Francis, rejoicing and praising God in a wonderful way according to their nature. Francis then walked right through the middle of them, turned around and came back, touching their heads and bodies with his tunic.

“Then he gave them his blessing, making the sign of the cross over them. At that they flew off and Francis, rejoicing and giving thanks to God, went on his way.

“Later, Francis wondered aloud to his companions why he had never preached to birds before. And from that day on, Francis made it his habit to solicitously invoke all birds, all animals and reptiles to praise and love their Creator. And many times during Francis’ life there were remarkable events of Francis speaking to the animals. There was even a time when St. Francis quieted a flock of noisy birds that were interrupting a religious ceremony! Much to the wonder of all present, the birds remained quiet until Francis’ sermon was complete.”