Saturday, October 03, 2015: Are we already feeling the footsteps of “Godzilla El Niño”!? 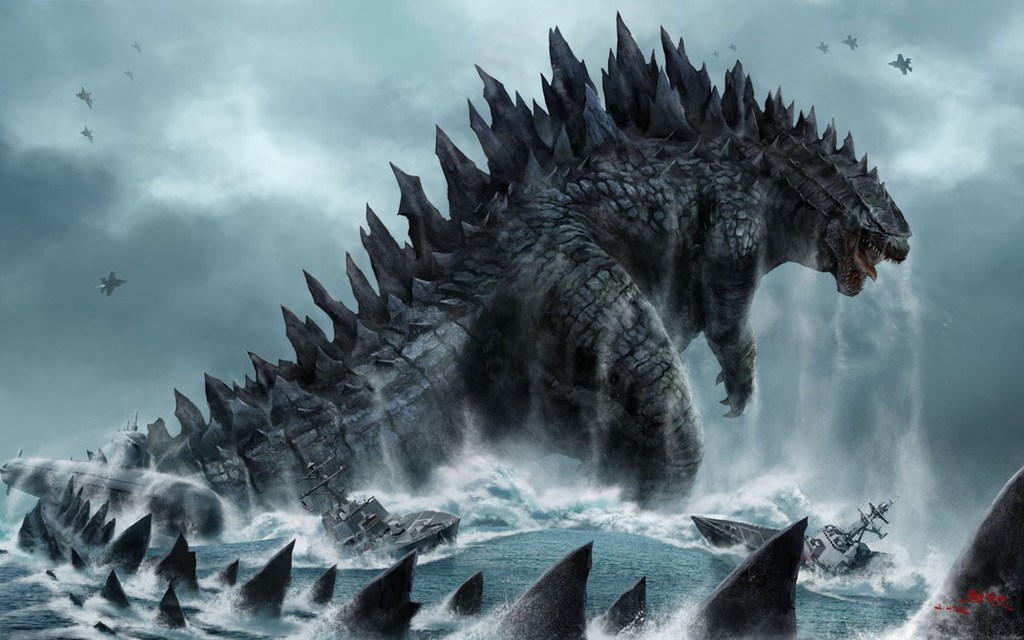 Saturday, October 03, 2015: It’s more obvious than ever that Joaquin was a cruel ploy to cover up the arrival of one helluva nor’easter.

While the current Island flooding and high tides are nothing we don’t see every couple/few years, the duration of these howling winds is pretty impressive.

I gauge wind speed in a couple highly scientific ways.

Firstly, I base it on how much my third-floor office shakes. I monitor the number of little circle that emanate outward across the top of cup of chai tea. My second wind gauge method is far more accurate. I closely monitor the water in the commode as it surges within from the wind outside. You know you’ve seen this. I find Sharpie waterproof markers work best to place color-coded lines on the sides of the bowl, i.e. yellow line for 30-mph gust sloshes; red line for 35-mph gust sloshes; blue for 40-mph gust line sloshes. Hey back off. It’s pure science, man.

Below: Category 5 hurricane on my toilet bowl scale: 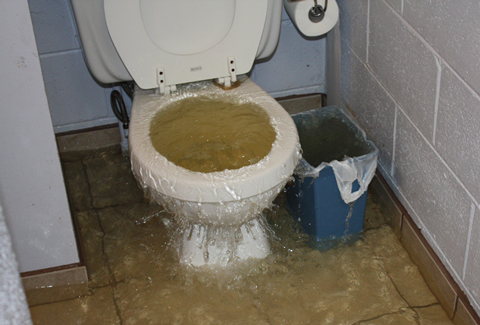 Back to today on LBI, the flooding can be seen via a drive twixt Ship Bottom and Holgate. Nasty but familiar. It can also be monitored via a police scanner. Our boys/gals in blue have their work cut out for them today. You have to sympathize with their assignment when dispatch advises them to stop in and pick up chestwaders. Gospel truth.

The town are getting to use their pimped out Hummers. They look quite cool door-deep in water. The beach erosion is getting very bad -- but is not remotely as bad as it might have been without beach replenishment.

And all that replen sand, though now out of sight in some just-done replen zones, will come back in the form of post-storm berms, sandbars and a slow beach rebuild. Just look-and-learn over the coming weeks. The new sand is will remain in the system. Jetties will reappear, to varying degrees. Some will also be covered up again as the sand rebounds. And have a blast picking up post-storm sand dollars and such.

‘GODZILLA EL NIñO: Speaking of coming weeks, it’s really time to go hypothetical, or maybe I should say prophetical. I’ll be the first to nervously admit that sometimes – and “sometimes” only – getting off to a stormy start like this in fall can portent a wicked winter. Just as often, it can be akin to getting the storm-age out of the system and allowing for a relatively calm, albeit frigid, winter, ruled by honking west winds.

But just for chuckles – and a bit out of necessity -- let’s run with the spookier portending process.

Below: One way of seeing ENSO: There is quite some El Niño forming off South America. That’s the warm phase of the El Niño Southern Oscillation, occasionally called ENSO.

It wasn’t that far a-back when weather forecasters would have smirked at the notion of ocean temps off South America having anything to do with our American skies. Then, some weatherly brainiacs made a truly earth-shaking connection between water temps off Peru and the weather along the western seaboard of America. Then, ongoing studies further computed that those seemingly detached water temps can eventually impact the entire world, weather-wise.

I bring that up since we have a monumental ENSO to deal with this winter.

Here’s a snippet from an article from conservation.org. “One of the strongest El Niños in history could be brewing in the Pacific. After the big El Niño of 1997–98 killed as many as 2,100 people and caused more than US$ 33 billion in property damage worldwide, many people are now starting to worry about what the coming ‘Godzilla El Niño’ may leave in its wake.”

Below: "How the ongoing El Nino compares to the mother of all El Nino events," per http://mashable.com: 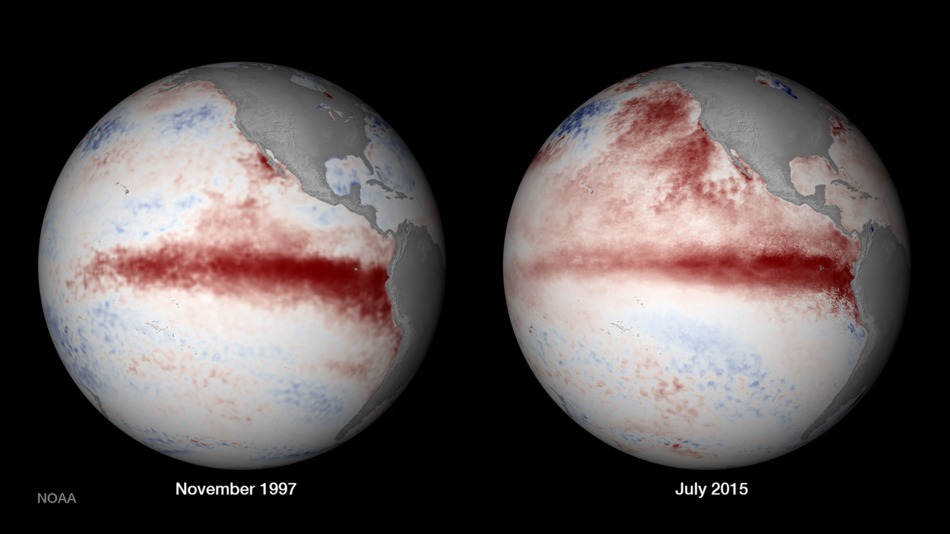 STAYIN’ SPOOKY: Seeing October is the sworn month of spookiness, I’ll be one of the first to wonder out loud if “The ENSO Kid” (El Niño) has anything to do with this current, quite-odd storm system, not to mention 20 out of 23 consecutive days of strong to howling northeast winds? I know for a fact this stint of northeast winds is really rare, maybe even weird-zilla.

The problem is you can’t make a straight-on connection between ENSO and any freaky skies we might experience here on the Eastern Seaboard.

What we are seeing MIGHT be caused by a complex -- barely discernable – series of interrelated sky moves, many of them far removed from even the El Niño source. In fact, we could (weirdly) say our weather is ultimately caused by a chain reaction from a sea lion rolling over sideways on a piece of ice because of the way the Bering Sea is reacting to warmer Pacific waters from El Niño. OK, that concept might more closely reflect my dabbling in Edward Lorenz’s “Butterfly Effect,” as part of the “chaos theory” Hey, I told you I get bored in these stupid storm situations. 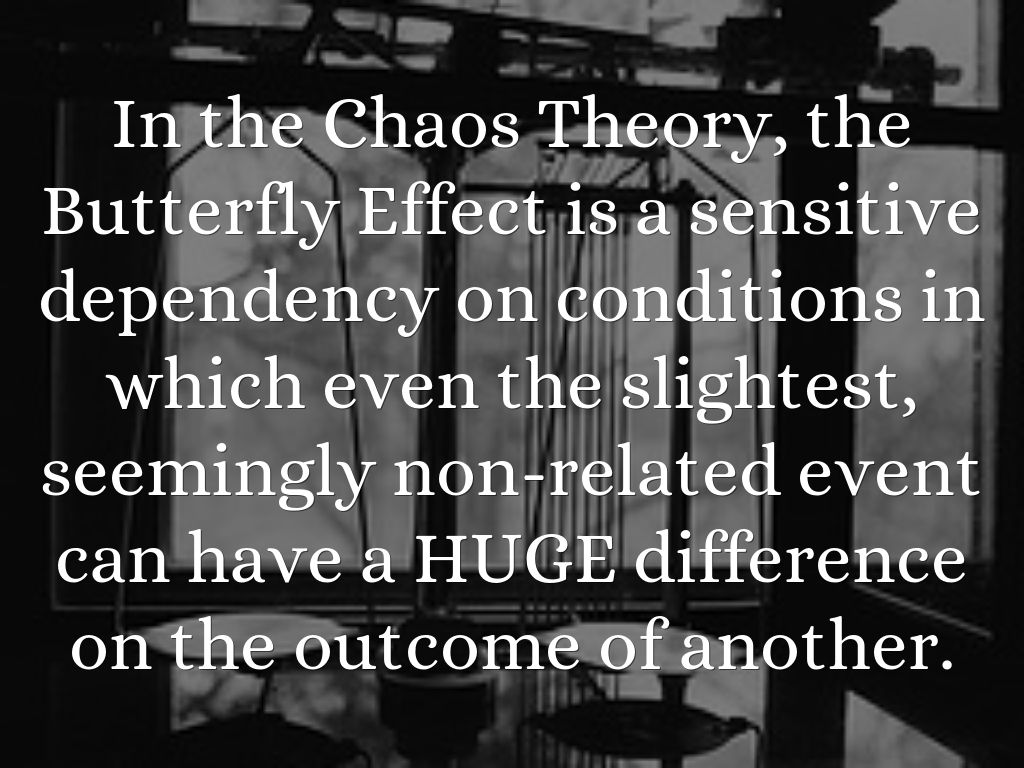 To put things in even more hypothetical terms, was there an El Niño a couple hundred years back that, sure enough, led to tons of northeast winds during September and October in New Jersey?

Which brings us precariously back to our wave-eaten beaches and Boulevard flooding. Might this be an early manifestation of the “Godzilla El Niño”?

Hey, don’t get overly dismissive. The power of El Niño has already been implicated in the near astoundingly slow hurricane year we’ve seen, even in the face of Joaquin. Hurricane-defeating west-to-east upper-level winds near the equator came from the El-ster.

If you need a bit of upbeatness, I’ll note that huge El Niños often lead to savage storms battering the West Coast and --  for whatever connection – freeing us from wild and wooly storminess. Of course, I’ll jerk that pillow of positivity away again by also noting this ENSO-zilla could evoke an entirely different series of advanced weather events that instead loose hell and high water upon us.

Whew! I go tired just offering the varied possibilities of this fall and winter. The good thing is I’ll be able to give a totally perfect read on the fall and winter weather … come spring.

I offered this up to Holgate folks:

If you’ll allow, I want to introduce a Holgate concept to the good folks in here.

Even though I’m a Ship Bottomer, my home away from home has long been Holgate. My attachment to the far south end of Holgate is well-known. But my beyond-fond memories of Holgate date back to amazing times I had back in the day, when I had a slew of friends in the “trailer parks.” Damn, did we have good fun.

That said, I want to offer a very worrisome theory I have regarding the lives and safety of current Holgaters. I do not expect everyone to subscribe to this semi-doomsday outlook but both logic and science are on my side.

Here goes: As long as the refuge area of Holgate is allowed to go off on its own, via both erosion and migration, the lived-in portion of the community will have a bullseyes on it for ocean attacks. One need only stand at the overlook at the parking area and look southward to see the growingly acute dislocation of the far south end of LBI. That jog spells doom for a huge chunk of Holgate, essentially from Tebco Avenue down to the parking lot.

Understand, the ocean isn’t being malicious or mean-spirited. It is simply following its instincts, which now sees Holgate proper as the next place to essentially relocate – in alignment with the refuge zone.

As long as the point beyond the parking lot is allowed to move off, the eroding away of the peopled portion of Holgate  will not only persist but will increase dramatically. I’m not talking in the some enigmatic global warming future but here and now.

I know what you’re thinking: replenishment is soon coming.

I hate to admit it but, in Holgate, replenishment will be mincemeat as long as the ocean is naturally and inexorably committed to aligning Holgate/Beach Haven Inlet with the westward bound refuge end. And, no, there will not be enough littoral drift of replenishment sand to fill in the massive loss of refuge-end beach and uplands seen over the past 25 years.

Please realize, I absolutely don’t want to bump heads with the Edwin B. Forsythe Refuge. I’m actually a huge fan of the refuge. However, its long-standing inflexibility regarding replenishment of Holgate can now easily be seen as highly endangering its neighbors.

By my thinking, the refuge’s unwillingness to allow “mechanical” repairs of the Holgate Wilderness Area has always been a Napoleonic (over ambitiously legal) interpretation of the Wilderness Act. In the past, this legal stubbornness has been a mere annoyance to the many of us enjoying the adjacent state-owned beach areas of southern Holgate. But, in this new era of acute us-viruses-ocean thinking, it presents a clear and present peril.

What’s more, I believe environmentalists and naturalists – of which I’m strictly both – see huge benefits in saving the Holgate Wilderness Area from itself. It could easily double in size with a solid fixing. Manually aligning Holgate’s refuge area with the rest of LBI will not only allow for a holistic approach to saving all of LBI for those who live and vacation here but it will return a massive chunk of protected land for the birds.

To be sure, I’d gladly run with measuring the size of the current beach area, then, when replenishment brings south Holgate in alignment with the rest of LBI, give the lion’s share of the filled in land back to the refuge -- allowing them to exclusively manage massive areas of sand areas, including vegetative restoration. How is that not a massive win-win for both the refuge and the rest of LBI?

But, for now, I can sadly assure that there will be no safety from storms for Holgate proper, even with replenishment, as long as the ocean sees it as needing to be forced into alignment with the loose-end refuge area.