Saturday, November 24, 2012: I sure don’t have to tell any anglers – boat or surf – that the wind is a major factor. Boating has been just about blown out the window by 25 mph westerlies. Surf fishing allows for huge casts but a tough time discerning wind raps from bass taps. Also, how about this blowout tide? That has produced a formidable sandbar problem on beaches down-drift from beach replenishment projects. I haven’t seen dry sand bars like these since the 1960s. That is all theoretically what the beach fixes are supposed to do: place sand not just on the beach and dunes but also in the near-beach subaquatic bottom environment.  The sand is due to migrate back toward the beach. Of course, I’m guessing there is going to be sand reinforcement from less natural transferences, i.e. government pumping.

Beaches conditions like these are decent from plugging and jigging bass, usually late day, until dark. However, about ten years back, a surfcasting newbie went out, mid-island, on a late fall day just like today – with only small low tide holes holding water near jetty ends – and pulled out something like 45-pound cow striper using chunks of thawed crab bunker. He weighed it in at Bruce and Pat’s.

There are sand eels adjacent to mid-Island jetties, north sides. I threw a net to check and fouled a few. That means there are loads of them wherever they’re balled up. There are also a few spot and spearing still around. 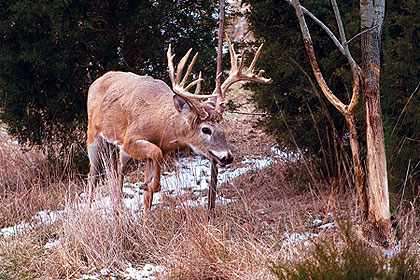 I did some tracking time yesterday, mainly looking to see how big any active bucks might be based on tree rubs. And I came across signs of some big boys taking off velvet. You can often estimate the size of bucks by finding the scratches on trees then measured back to see how far away the back legs were it was rubbing. Also, the depth of the hooves can also show the weight. Per usual, the biggest deer are flush to humanized areas, where they graze on well-kept yard grasses and tasty imported shrubberies. They also fully realize it’s safer thereabout, come autumn winter. There is a fully discernable shift in deer populations as they all but migrate from forested regions to safe zones. Sure, that also reflects the die-off of vegetation but there is surely an effort to flee the free-fire zone.

By the by, the big wind (Sandy) loosed acorns like crazy. That began with a mil winter last year and a huge harvest this year. Unfortunately, such acorn gluts indubitably lead to increases in humans contacting Lyme disease in the coming year. It’s a complex interplay between acorns, mice, deer ticks and deer. 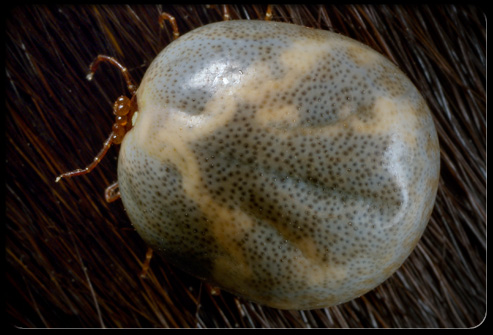