Saturday, May 14, 2016: Things are so ideal for fishing today, I’ve chosen to doubly highlight the likes of measure-and-release

"Quick, Omar, run and grab the truck warranty! It's worth a try."

While only a few miles away ... 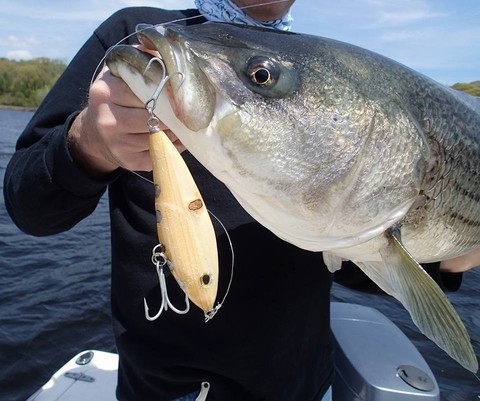 Check out this LBI birdplay via Jean Schaum ..

Who needs a ProStaff when you have awesome customers who send you pics!!!! The ocean Striper bite is off the charts right now with some very large fish!! Here's a few from 3 different happy customers!! Stop by Jingles, fishermans headquarters, 24-7 bait and tackle, finatics, Absecon bay, Hippos, Jersey Hooker, Grizzs bait and tackle, and fishermans Supply to pick up your mojos!!! 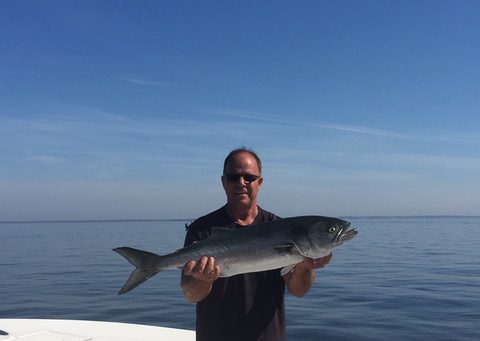 
I fished so hard for this one fish. Hours and hours of working humps and bait balls finally paid off with one hit. Another picture from yesterdays whale. I saw him again today. Look for the tell tale blows. “But, Jay, you always talk about the right to keep fish.”

Very true. I simply have this odd aversion to over-keeping fish when angling is scalding hot. I greatly prefer to keep fish when I really have to work for them. This is not to say I don’t keep a couple/few eaters during blitzish times. I just don’t go into the stock-up, fill-the-freezer mode. Meat for a meal or two works for me. Of course, if you have a load of mouths to feed, four or five keepers is well called for. Overall, the golden mean works well with conservation. I must duly add that I fully understand head and charter boats needing to give fares their money’s worth. I also know that such day-trip boat anglers only get out once in a blue moon. They might be catching for an entire month or more.

I had mentioned in the past that bluefish do not freeze particularly well. I stand by that. However, a chef recently told me he has great success with hard-freezing smaller bluefish fillets. That’s a space-consuming process of flat-layering smaller bluefish filets in a container and filling it with water, to then freeze solid. I did get a sheepish grin by asking if he’d ever serve thawed bluefish in his restaurant. Not a prayer. The likes of flounder, on the other great-to-freeze hand ... even fine restaurants go that route.

As to freezing stripers, I’ve had moderate to very good success, especially when making fish cakes or fish stew from the thawed meat. Thawed striper steaks/fillets cooked whole don’t fare nearly as well, except when barbecued inside foil (slightly opened). It’s never good to marinate thawed striper steaks/fillets, it can dry them out. In fact, even fresh bass doesn’t take a heavy marinade. Striper is the consummate salt-and-pepper fish.

I had one of those semi-cranky anonymous emails from a gal who, kinda understandably, took umbrage with a New South Jetty angler who had loaded up on bluefish. She nicely asked what he was going to do with all the fish, expecting the freeze-'em-up response. He quickly answered “cat food.” She thought he was joking but, after chatting a bit, realized he was quite serious. He owns “over a dozen” cats -- both domestic and feral.

She felt there was something wrong with using human-designated fish stocks for pets. Hmmm.

I have to be careful pussyfooting around the touchy world of cat-lovers. Face it, a lot of them are crazy -- and definitively plentiful. Quite a few cat aficionados read this column -- and know how to get at me.

Risking it a bit, I can’t lie and say I don’t see her point. In fact, I half wonder if there might be some regulation touching on that very subject, considering there’s an NJ law or regulation apropos to just about anything. Then, in the same seemingly cat-appreciate breath, I’d have to agree that the angler, by supplying his cats with food he’d otherwise have to buy, is likely freeing up money for himself and his family … human family, that is.

I’ve written before that I know of a few anglers who stock up to leave meat off at local food banks. Throw something at me if you want, but I don’t like that. I give to food banks enough to know that such “fresh” handouts aren’t that well received – if received at all – and carry handling (bacterial) risks. Here’s my thinking: Eat the fish with your family and put the money you save toward the food bank by donating canned goods, evaporated milk and the likes. Same ends, but safer to health.

Below: I did a stop-by at the "Banks" landings. Folks were nabbing white perch and, at Green Bank, catties. Had fun meeting up with Chase, seen below showing off his catch, and the other folks on the bridge. 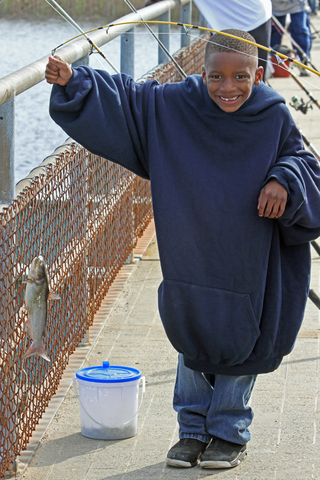 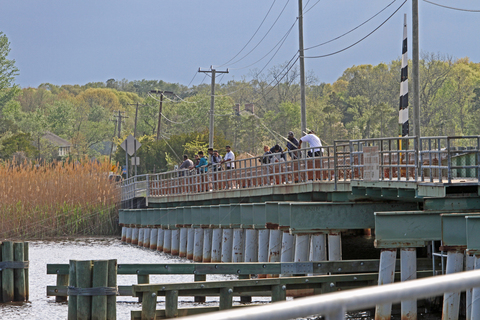 Was that Number Seven or Number Eight???

Sometimes highly successful conservation can take on an odd look ... 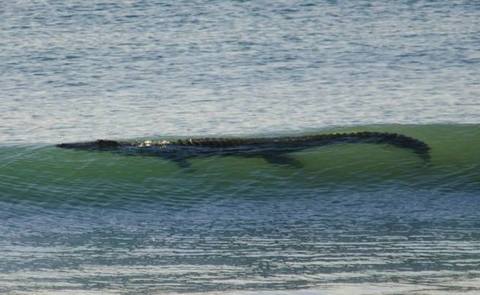 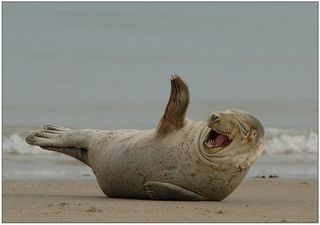 Bayside Bassin in the dark
— with Nikki Chapman. 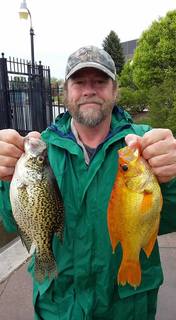 A beautiful golden crappie.i ran it to the DNR office the biologist said he's never seen or heard of this color of a crappie.he took some samples and probes,pictures and is sending it to the state biologist in Milwaukee.cant wait to hear results and yes I am mounting her. 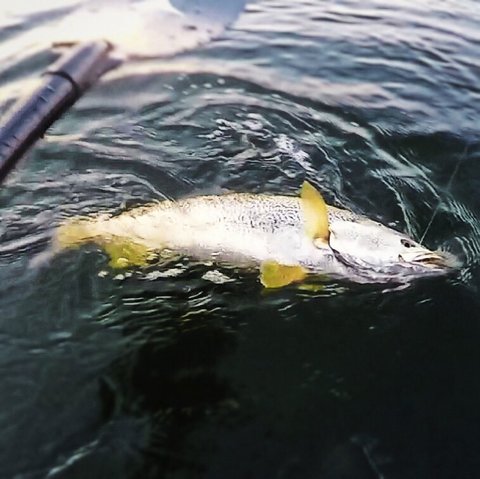 "Dark olive green above with the back and sides variously burnished with purple, lavender, green, blue, golden, or coppery, and marked with a large number of small black, dark green, or bronze spots, vaguely outlined and running together more or less, especially on the back; thus forming irregular lines that run downward and forward. The spots are most numerous above the lateral line, and there are none on the lower part of the sides or on the belly. The lower surface, forward to the tip of the jaw, is white, either chalky or silvery. The dorsal fins are dusky, usually more or less tinged with yellow; the caudal is olive or dusky with its lower edge yellowish at the base; the ventrals and the anal are yellow; and the pectorals are olive on the outer side, but usually yellow on the inner side." It didn't take long. A 5 minute run from the dock. Choppers everywhere 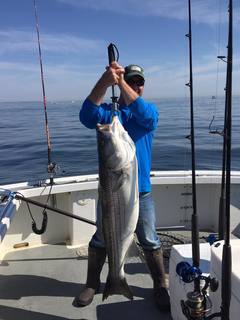 First over 40 lber of the season