Saturday, March 25, 2017: I fully realize that continually carrying on about how frickin weird the weather has been is like ...

Below: Nimble little waif ain't she?

Saturday, March 25, 2017: I fully realize that continually carrying on about how frickin weird the weather has been is like beating a dead horse with a broken record. But here I am in the woods this afternoon, the sun comes out and both my truck thermometer and my handheld weather monitor show it’s over 80 degrees. I shed my coat, then my hoodie. I end up metal detecting with just a short-sleeved t-shirt – and even when down to minimal upper-body wear, I get a tad testy over how hot it has gotten. Now, fast forward to less than three hours later: I’m heading home, stopping by Shop-rite -- and it’s suddenly so bloody cold and windy I have to fully redress; even layered to the hilt, it’s not enough to stave off shivers from the 30-degree wind-chill, as it spitefully goes after my recently overheated body. That was yet another recordable freakified event in this ongoing weather weirdfest.

I find myself thinking that maybe I’m taking this whole “climate change” thing in too large a scope. It makes more sense if pondered in a micromanagement context, i.e. the climate now changes from one minute to the next. Now that’s climate change. And I can attest to it. 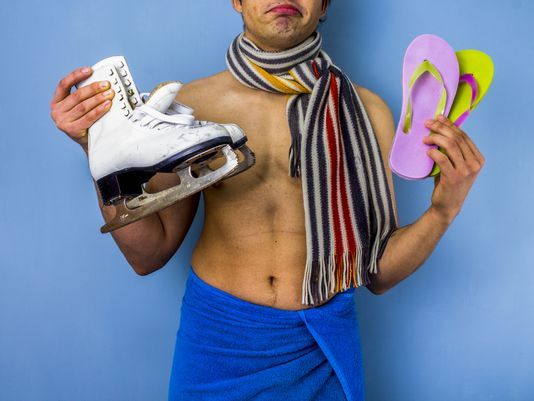 AUCTION OUTBIDS: I went to the Melega auction today (see www.youtube.com/watch?v=vgLy_qk9CB4&feature=youtu.be) and got my bell rung. My measly money didn’t stand a chance against the heavies who were also bidding on some of the most important LBI memorabilia ever seen (a few looks below). As proof, a Beach Haven-labeled, wooden handled ice pick went for 65 bucks. The winner immediately donated it to the Maritime Museum, via Deb, who was there bidding on museum-grade items – and there were many.

When it came to some of the old blueprints/layouts of original Queen City real estate, things there also got too pricey, too fast. Luckily, a goodly number of those prime items will likely be seen in the Maritime Museum. If not seen – some are kinda technical – they’ll get studied for insights into how BH formed, lot by lot. 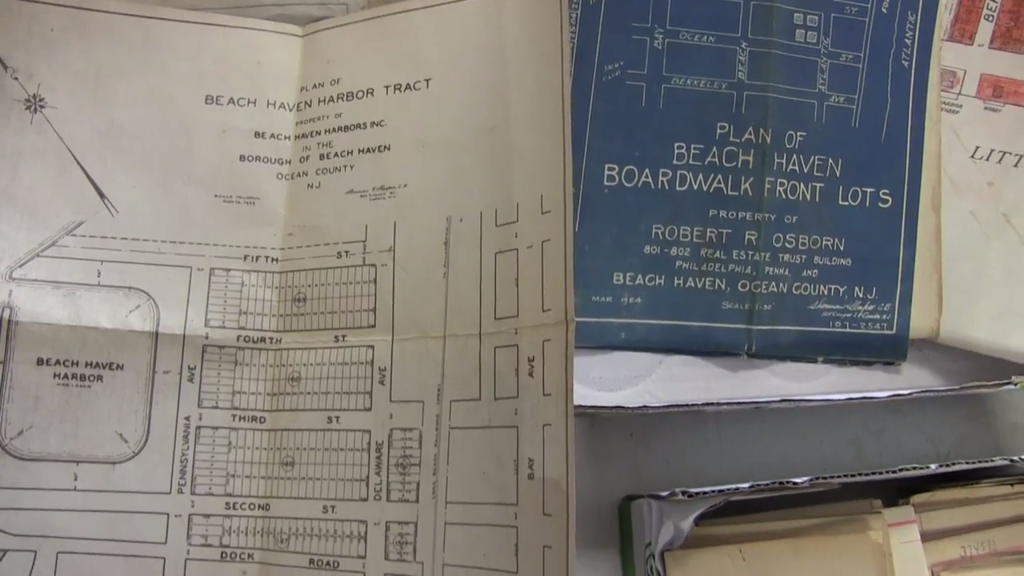 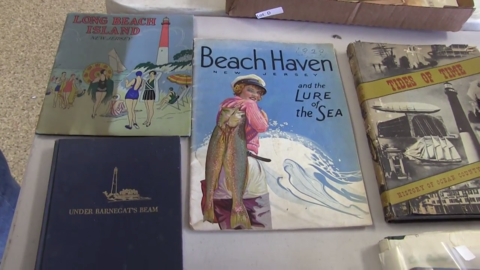 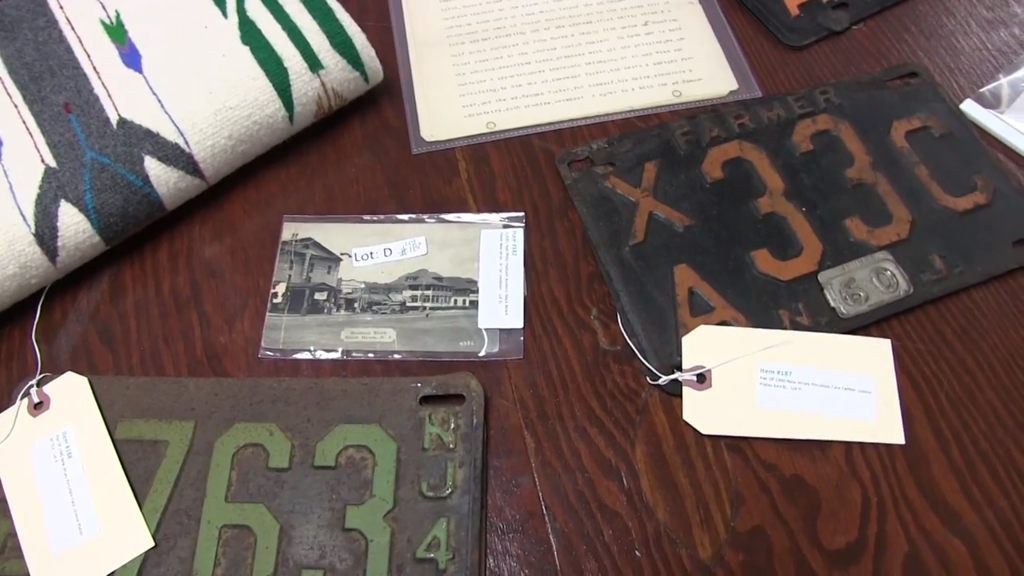 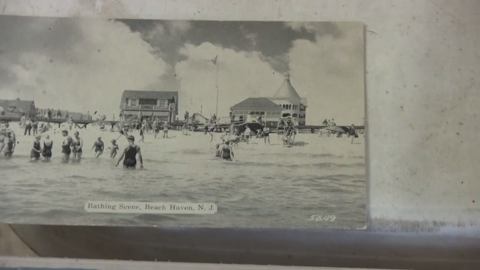 Driving the beach and came upon 34 dogfish with their gills cut out. These commercial guys really are a joke An observatory for the study of ocean acidification was inaugurated yesterday in Cienfuegos, Cuba, as part of the Centre for Environmental Studies of Cienfuegos (CEAC), located in the Faro Luna Diving Centre.

The IAEA has a history of working with Cuba and supporting projects related to the application of nuclear techniques for the study of environmental processes. This cooperation strengthens national capabilities and is integrated into the Latin American region through a regional project called ‘Establishing the Caribbean Observing Network for Ocean Acidification and its Impact on Harmful Algal Blooms, using Nuclear and Isotopic Techniques’.

The ocean acidification regional project got started in 2014. It aims to strengthen research capacities in the Caribbean region to evaluate acidification caused by emissions of CO2 absorbed by the sea, leading to a decrease in pH (the measure of acidity or alkalinity of a solution).

Yang described the inauguration of the Observatory as “an important event,” recalling that the IAEA “is a member of the United Nations family, founded in 1957, an organization which works with member states – such as Cuba – to promote the peaceful use of atomic energy and its utilization for development and in the field of environmental protection: one of the most important in regards to cooperation.

“The Cuban government attaches great importance to environmental protection and I know that there are many capable scientists working on their own national projects in this field, and our organization – through its technical cooperation efforts – has supported this commitment, and I am very pleased to learn that said support has been useful and has contributed to these efforts,” stated the Deputy Director General.

Alain Muñoz Caravaca, representing the Cienfuegos Environmental Research Center noted that the brand-new scientific institution represents “a new strength and the challenge is now to create new knowledge products through the information collected by its technology, guarantee its full exploitation and as such contribute to our ability to better read the signs and propose suitable adaptation or mitigation measures for local and national conditions.”

Over the past 15 years, CEAC has contributed to the resolution of national development problems and to the study of complex processes of global scope, such as acidification and sea level rise, harmful algal blooms, watershed salinization and the transport of contaminants in these environmental systems.

The inauguration took place in the context of activities for World Water Day, which this year draws attention to the importance of fresh water and the sustainable management of water resources.

Following the inauguration, the IAEA delegation visited the Fortress of Our Lady of the Angels of Jagua, now a museum, and had a meeting with residents of Castillo de Jagua, a community of fishermen who are working with CEAC on the study of coastal areas.

The Fortress is located at the entrance of the bay of Cienfuegos, in a community with strong maritime traditions. It is the only Spanish military fortress, built at the end of the XVIII century renaissance style. It was declared a National Monument on October 10, 1978 and inaugurated as a museum on March 24, 1998.

Ocean acidification refers to a reduction in the ocean’s pH levels over an extended period of time, making it more acidic and negatively impacting marine flora and fauna. According to the IAEA, the current acidity rate of the planet’s oceans may be without precedent in our known history.

These groups manage tuna fisheries in the Atlantic, Pacific, and Indian oceans. In 2015, more than 4.8 million tonnes of tuna were harvested, as reported in ISSF’s recent Status of the Stocks report.

Harvest strategies are based on science-based frameworks that include guidelines and limits for fishing vessels. The tools for monitoring, control, and surveillance include human observers, satellite vessel monitoring systems, electronic monitoring systems on vessels, and data collection and dissemination.

The ISSF-coordinated joint outreach letter urges the RFMOs to:

The letter requests that the above points are addressed in 2017.

The letter’s 83 signatories are:

Pacific Alliance for Sustainable Tuna (PAST)

SEAPAC (a subsidiary of Kingfisher)