How to meet chicks ... or, what could possible go wrong here??

Saturday, March 19, 2016: Boy, it got raw fast today. I was up early and it wasn’t all that bad, even some sun. Then the north winds leaked … and then started exerting themselves. Enter that rawness.

The talk of snow has taken a turn for the far less. Forecasts aren’t shore whether it’ll be a little or even less; a far different outlook than a couple days back. I won’t mention who was questioning this storm from the get-go but it rhymes with me.

To be sure, we’ll see wind to, maybe, 30 mph – far below some earlier calls for 50 mph. We will be getting drips, drabs and even steady stints of wetness. Whiteness will mix in, come-and-go like. Sunday night, when the winds go more northerly, we could see one of those confectionary sugar-type coatings of snow, mainly on the mainland. I’ll repeat that the ocean temps are mid-40s, even well out to sea.

Here's the storm's snow rate at it worst:

The same way this storm has downsized, I now see where my beloved very mild air won’t be as dramatic this coming week. That’s because of a slight dip in the northern jet, cooling my jets … though we’ll still toy with 70.

I saw a photo where the small seal in Holgate is still kicking but I assure you it is not healthy. I'm ever wondering if there might not be two seals in play here. I'm just lookin' out for the seal. And it needs some lookin' out for. I sure hope this doesn't become the equivant of a Monty Python skit. But onward to a more dangerously lively subject ... as in, "And now for something completely different."

Hate me if you must but I don’t give rat’s flying ass about these primaries. May the best whomever win. I will admit the presidential duel will surely spark my interest … though NOT my involvement since, by occupation, I need to stay neutral.

That said, I am put off by this hitherto unheard of degree of violence now hawking the Trump campaign. I have no doubt he has dangerously misread just how easy it is to shift Americans into the ass-kicking gear. 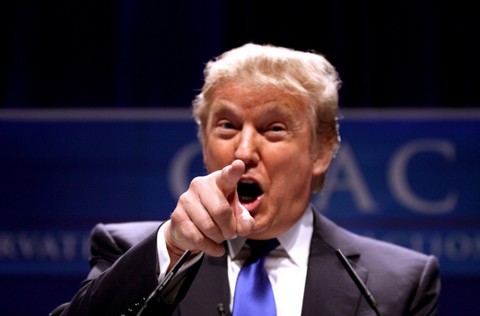 I love this nation but we can all-too-quickly become some violent sons of bitches … and it doesn’t take much.

(Fox News: "We will not be intimidated by these protesters, especially in a town that I run." – Sheriff Joe Arpaio see http://bit.ly/1PiYjn7)

I recently saw a disturbing political commercial using a collage of what might be called physical fighting language by Trump – saying he’s gonna kick this or that person’s ass. Although the collage did take things out of context -- in as much as it didn’t show what got Mr. Combover so heated – he implied whomp-worthy violence. The ready-to-rumble contingency of our great nation has taken this as a call to arms and fists -- including arms and fists both for and against trump.

Here's a video with some odd political, uh, rhetoric:

Now, in truly one of the more incomprehensible forms or irony, even those peaceable Americans opposed to such provocative language have gotten their kick-ass on. It’s got the potential for a frickin’ free-for-all out there. You can forget that once-upon-a-time concept of peacefully protesting. I can’t be the only one worried as s*** that shots are soon going to ring out.

Then --  and I repeat I’m not stumping for anyone – imagine what might happen if Trump gets into the presidential campaign backed by an army of goons that even he doesn’t want? An actual war for the White House? Spooky. 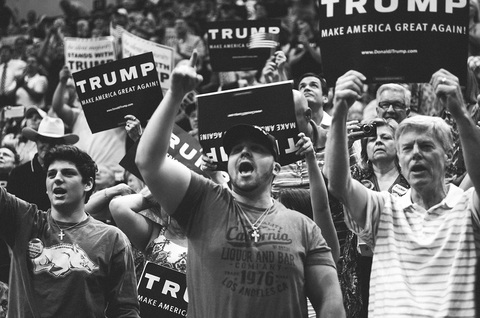 Of course, who can forget The Governator?

Long Beach Island, or simply LBI, is one of New Jersey’s most popular summer vacation destinations. The narrow 18-mile-long island is home to only about 20,000 residents year-round, but the population swells to over five times that amount in summer months. The natural beauty and abundance of activities available make this barrier island an incredible spot to visit, and many New Jerseyans are familiar with the area. Nearly all of us have seen LBI, but how many of us have seen it from above? Thanks to this fantastic video by YouTube user, KMulholland, we now have the opportunity!

Does this video have you longing for summer? Do you recognize any of your favorite LBI locations? I spot Barnegat Light! If you haven’t yet visited Long Beach Island, I highly recommend you check it out ASAP. Visitors can enjoy attractions including Fantasy Island Amusement Park, Thundering Surf Waterpark, and the Museum of NJ Maritime History, along with spectacular white sand beaches.

Don’t forget all the dining options including top-rated picks and local favorites like The Chicken or the Egg, Ship Bottom Shellfish, Black Whale Bar & Fish House, Sand Box Cafe, and Uncle Will’s Pancake House. If you need a place to stay, the most popular option is private home rentals. Other accommodations include a variety of hotels and motels – The Islander Motel scores top ratings, with 5 stars on Trip Advisor and over 100 reviews.

Nick Honachefsky with Austin Perilli and 5 others.

Freezin our asses off for some winter flounder!