Saturday, June 03, 2017: That was one beautiful day if I do say so myself, especially the late afternoon when the air got so clear you could see right through it – you know, without mist, CO2 and other warm-weather stuff. 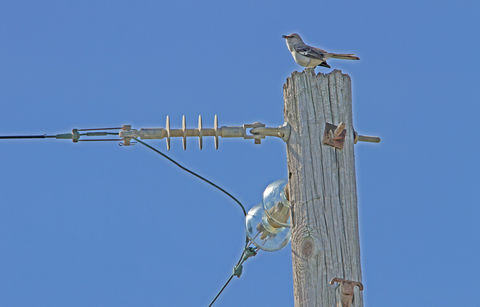 Congrats to the many flukers who colored the day flat blue, cashing in on some of the nice 20-inch flatties showing, bayside, and adding a few mid-sized blues to round out the day’s table fare.

Speaking of seafood specials, there are some real nice blue claws to be had, though the jimmy rate is low compared to the well-egged sallies.

And there are these rock-honest reports:


Out on the ocean yesterday morning by 5:30 for a beautiful sunrise for a little Striper fishing. Beautiful day but no fish. 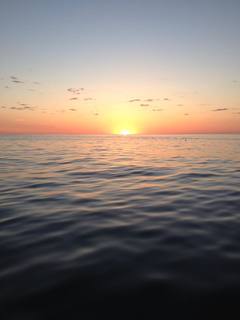 Just trolled this 48 pounder on a Green/Chartreuse Maja #4 bunker spoon off of Seaside Park in 63 feet of water. Rich Walton of Pine Grove PA caught him. Tomorrow (Sun) and Mon mornings are booked but I have both of those afternoons available for charter or Open Boat. Noon to 6PM. Capt Dave DeGennaro Hi Flier Sportfishing 732.330.5674 hiflier.com. 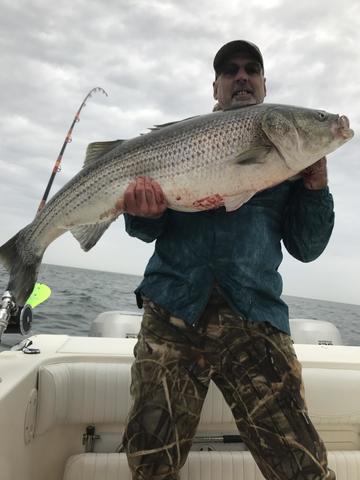 Striper and bluefish tournament today. Couldn't find the stripers, but did well with the bluefish and we all placed in the top 5. Picked up some tasty sea bass too! (Readers: Please note the length of the tail on this thresher. Too often sharks with somewhat elongated tails are dubbed threshers -- and illegally kept.) 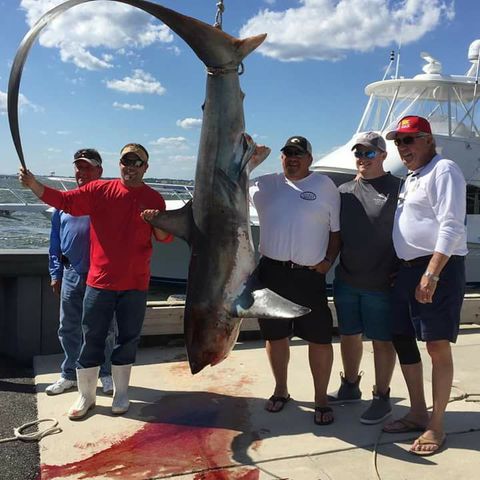 Fishing at manahawkin lake with grandson riley and he was first to catch a fish a nice pickerel. 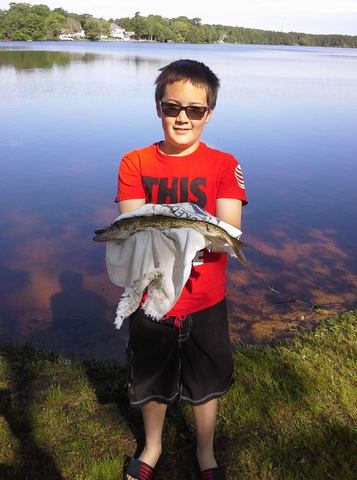 Finally broke the ice thanks to Captain David J! 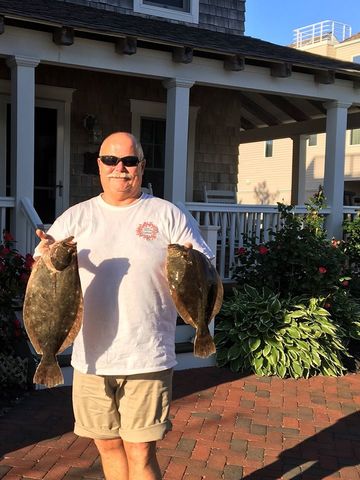 "...will be filmed in the Loveladies section of Long Beach Township on Long Beach Island later this month, MTV has announced."

MTV Beach House headed back to the Jersey Shore

MTV is coming back to the Jersey Shore.

A new version of the “MTV Beach House,” last in Seaside Heights more than 10 years ago, will be filmed in the Loveladies section of Long Beach Township on Long Beach Island later this month, MTV has announced.

Filming will take place in a Loveladies house for less than a week. An MTV Beach House Festival featuring MisterWives and Kyle and more will take place June 8 at a park on LBI to kick off filming. Elements of the fest will be shared on MTV social and digital channels. Fans must follow @MTV on Twitter and retweet the designated sweepstakes tweets to win tickets.

The “MTV Beach House” is not a “Jersey Shore”-style realty show but a performance-driven show hosted by MTV’s  Nessa (“Girl Code”), Cody Christian (“Teen Wolf”) and Chico Bean (“Wild ‘n Out”). No one from MTV or the production company will be living at the Loveladies house, said a spokesman for MTV.

“It’s fine that Snooki and the guys aren’t coming down because there’s nothing for them to do here,” said Loveladies homeowner Michael Dzielak. “There’s no place for them to get drunk and cause mayhem. It sounds like a nice gig for the artists. I’m curious to see how this plays out.”

MTV All Access Week on TRL at the MTV Beach House in Seaside Heights in 2002. (Photo: Scott Gries, Getty Images)


“The newest iteration of the ultimate summer party will play out via on-air interstitials along with exclusive behind-the-scenes and all-access Beach House content across MTV, Comedy Central and Spike social and digital channels throughout the month of June,” according to a statement from MTV.

Mountain Dew Spiked Lemonade is a sponsor of the show.

Snooki Book Signing in Brick -- Nicole "Snooki" Polizzi adjusts her hair during a book signing event at Barnes and Noble in Brick Plaza for her book, "A Shore Thing."

“Snapchat, Twitter and Facebook Live didn’t even exist when we last opened the MTV Beach House as the ultimate summer hangout for our audience 14 years ago,” said Matthew Newcomb, Vice President, Integrated Marketing for MTV, in a statement.  “We’re thrilled to partner with Mtn Dew Spiked Lemonade to bring back the Beach House in a totally updated way that speaks to a new generation of digitally native fans.”

UNICO National, an Italian-American organization, called “Jersey Shore” “trash television” before it debuted and the show was derided by Gov. Chris Christie.

MTV has also announced a reboot of the series “Cribs,” which takes a peek inside at the homes of musician and celebs.

The conference can be attended in person or online. People around the world will have a virtual all-access pass to the conference and its headliners through free live-streaming of every session, access to additional web-only interviews and a dynamic social media presence.