Saturday, July 26, 2014: Not a bad day if you like strenuous playing beach volleyball. I do – and did just that for a large chunk of the day. Occasionally feeling 70-degree water and noticing the nice cleanness to it. A couple dolphin were nosing about.

The south winds became brisk earlier on than I had expected, pushing 15 mph by midday and holding that until a small rain squall actually knocked the southerlies off a bit.

Winds will be a bit of repeat tomorrow but could have more west to them. T-storms will be bouncing around but as many places will miss them as have them detonate upon them. Still, real-time radar is essential upon any and all vessels, even standup paddleboards and kayaks, via cellphones.

Fishing-wise I’m getting a steady flow of fluke reports in copious numbers, as in dozens atop dozens. However, the keeper rate has been not just challengingly low but near abysmal. I even head of an 0 for 27. Capt. Koelger of Pop’s Pride had a 1 in 55 charter – but they were kids and had a total blast bailing flatties. Also, the one keeper was fat as a dickens. And that is the most common read I’m getting from radio chatter: “Tons of throwbacks but a couple gorgeous keepers.” I fear offering even general fishing zones but near (but not necessarily in) inlets have been rocking.

I know it’s a broken record but larger baits are the norm, however (!), even big GULPS on big Spros are finding flatties well below takehome-age. While I pretty much suck at doormat fluking, due my insatiable impatience with small fries, I can fully attest to the fact even a 15-inch fluke will totally suck in baits you wouldn’t think they could get their mouths around. To that well-known fluking fact, I always throw in the insane ability of 12-inch windowpanes to grab – and hold onto -- even large bunker donuts.

Not long ago, I was asked about the legality of making shark fin soup from legal-to-keep sharks. Absofrickinlutely! In fact, that’s the full utilization of a kept fish. Good job.

The question was a legit one, though. The church gal asking it had read so much about the fully legit effort to end at-sea shark finning. She then misread the ban on such as even prohibiting the use of the fins of sharks legally taken by recreationalists and commercialites. Obviously, these fins can’t be sold by anglers.

Not a lot of fish caught but enough kingfish, sand sharks, and small blues to keep the kids interested. Coast guard put on quite a show afterwards doing a mock rescue for a distressed swimmer.

As the summer moves on, word of Long Beach Island’s free shuttle bus service continues to spread. “The numbers are strong, and getting stronger,” Long Beach Township Commissioner Joseph Lattanzi said of those filling seats on the colorful buses, which travel the entire length of the Island from 10 a.m. to 10 p.m. each day.

Wreck fishing for summer cod on my boat was just fair today but we stuck with it and put a respectable catch together. Kyren Dooley was high hook with 5 cod but I had the largest at 18.55 lbs. Don Marantz rounded out our crew and we ended up with a mixed bag of cod, Pollock, and our limit of sea bass. We also caught a bunch of pout, a couple ling and a small blue.

I want to put an entire tearsheet from buddy Jim V's website, hoping you'll quickly realize this is a website you just have to stop by, regularly.

Just like they used to, the birds make a morning hang out of my Coffee Cup, the moment I step away.

A few incidents occurred this week that have left me feeling remiss for not having posted aproper Reading in quite some time.

Incident One: I bumped into long-time Reader “Jamie”. During a brief chat, I apologized for not having posted the water temps lately. He replied, “Yeah… I recently told my family ‘I think we’ve lost Northside Jim to the birds!’”

Incident Two: I bumped into long-time Reader “Awesome Neighbor” on the way to take a swim, and she hollered “Look! It is the Northside Beach photographer actually going to the beach!”

Incident Three: Readings From The Northside recently had the distinct honor of being featured by WordPress.com as one of the Top 25 WordPress nature blogs. That was very kind. But what was odd was that some editor took the time to change the proper name and tagline of this blog from:

They obviously appreciated the photography, but also apparently struggled with understanding where these photos came from, where this blog came from, and how we got from there to here, where we are today. I’m sure they scratched their heads even more furiously while visiting the “About My Readings” page, a page which gets very frequent, confused visits; a fact which amuses me to no end.

Incident Four: I was spotted by an anonymous long time reader who said to me “I understand why you take so many pictures of the birds. There is nothing going on at the beach anymore.”

Nothing going on at the beach? Incident Four was the extra lens that broke the photographer’s back. I resolved to return to the beach this morning, camera and coffee in hand, and take a proper, old-timey Reading, rendered in Black & White for nostalgic effect.

So let’s see what we got.

Sanderlings, comin’ in hot! While you’ll notice the beach is still totally devoid of the hilarious Sanderlings, you’ll see them flying in flocks just offshore preparing for their imminent invasion of the shoreline that will last the rest of the Summer. They are out there in great numbers waiting for their official orders to land. 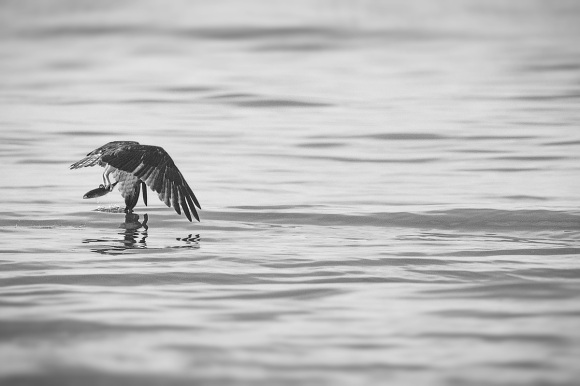 Osprey’s breakfast, getting mauled by Dolphin.

Ok, ok Dolphin, it is your breakfast too.

“IZ MAH BREKFIST!!!!!” A Humback Whale gobbles up Osprey & Dolphin’s breakfast just 100 feet from shore this morning. Rendered in color because this morning’s Sunrise Humpback is just too cool to be desaturated.

Another Humpback Whale off of LBI this morning, gobbling up everything. Kind of far off and crappy so you get Black & White treatment Mr. Humpback. Come a little closer tomorrow and you get color! 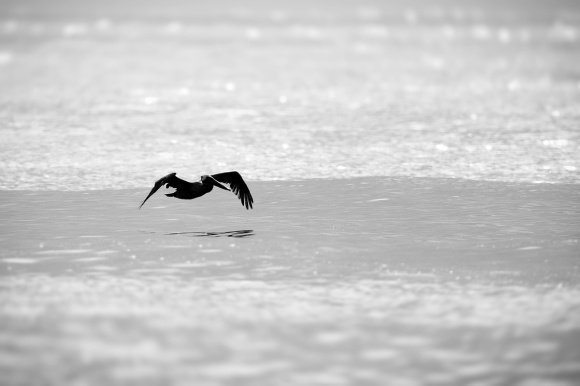 Pelicam: Pelican have finally arrived and are making quick patrols off the Island. 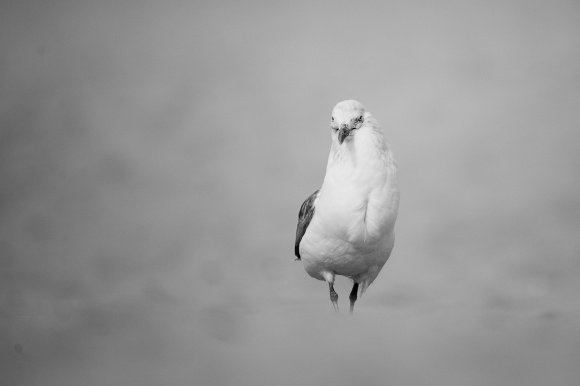 Old Friends: It’s Keneckie! Everybody’s favorite gnarly Herring Gull. We’ll have to wait another month to see if Keneckie was able to find a nice girl to love him this season.

And the Water Temps? 71 degrees.

If you're an animal that enjoys eating mayflies, and you live in the Upper Mississippi River Valley, this is your time to chow down. If (as is likely the case) you are human, you're out of luck.

The annual mayfly hatch along the Mississippi River is in full swing, and on Sunday evening the event was large enough to appear on radar in the western Wisconsin area. According to the National Weather Service, parts of the swarm flew as high as 2,500 feet above the ground in the La Crosse, Wisconsin, area:

Minnesota outlet KARE 11 compared the radar signature to that of a "significant rain storm," adding the bugs have turned "surfaces of cars, buildings and just about everything else" into a "slimy mess."

Slimy mess, indeed: In nearby Trenton, Wisconsin, a mayfly-coated road was so slick, and visibility so limited, the bugs have been blamed for a three-vehicle crash, which injured two people.

According to the National Weather Service, this particular mayfly hatch was of the larger black-brown Bilineata species, which emerge from the mud on the river bottom during the warm season. Per Michigan State University, adult mayflies have a lifespan ranging from a few days to a few hours, meaning this particular emergence will be over soon.

See PHOTOS of the insect swarm, below: