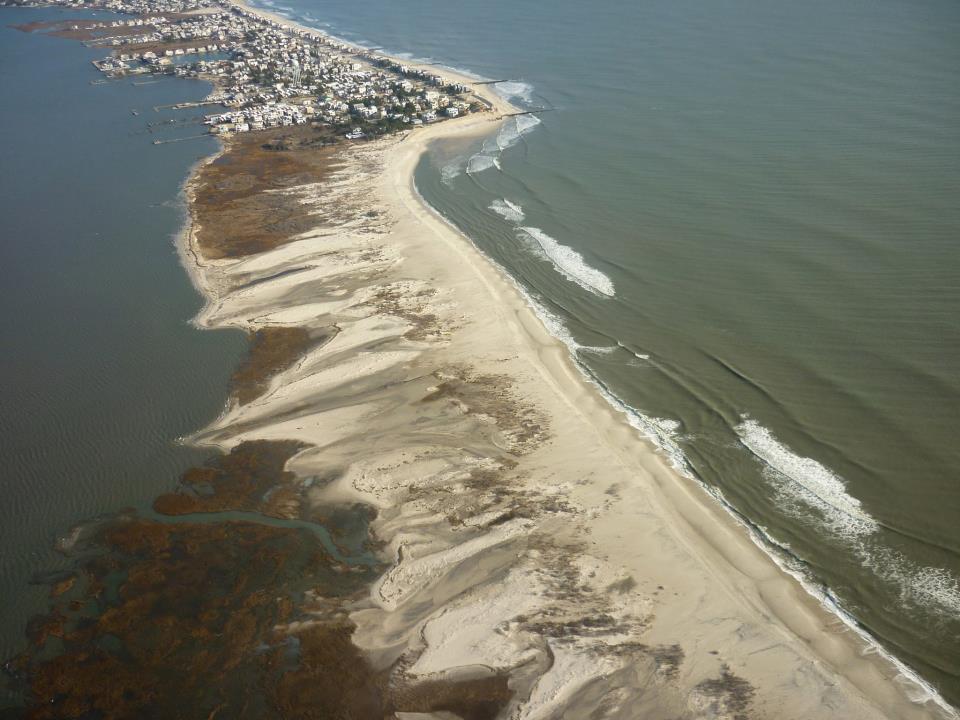 Above: Ocean sands meet bay grasses in Holgate. It's bad but it could be worse. There is still time for repair. By the by, this represents where LBI  would have migrated had it not been blocked by bayside bulkheads and such. Finally, I don't have to keep trying to convince people that Holgate is departing.

Below: While on-line looking for some new boots I came across this footwear option. I wonder if they come in woodland camo? 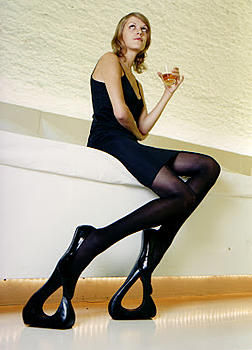 Saturday, January 05, 2013: Just a quick “Hey” as I head into the outback for some quality hike-about time – metal detector in tow.

There are a scattering of anglers on the beach this a.m.. Though chilly, it’s quite tolerable for January – and there’s downright mild weather on the way. They’re calling for 50s later in the week but I wouldn't be surprised to see it top 60 if the sun breaks out during that south-wind stretch.

As for those surfcasters, they’ve proven the well-known: skate are always out there. I suggested to one, he might want to try smaller hooks and maybe GULP baits to see if any “frost fish” (hake/tomcod/whatever-they-are) are close in, as they used to be this time of year not that many years back. Back in the late 1900s, I kayaked in midwinter and hooked dozens of these sorta slimy, very tasty bottom panfish. They seemed to feed just beyond the sandbars. Haven’t targeted them since then.

Interesting, I have only seen one photo of a beach covered in “frostfish” and they that particular case they were clearly corncob mullet. In fact, an image from frostfish event in the late 1800s are also obviously mullet. However, the true frostfish are a type hake.

The ocean is right about where it should be for this time of year. Water temps are 40 degrees, give or take. The storms – including the recent blows -- have left the beaches a bit bruised but not nearly as bad as right after Sandy. In fact, as I’ve written before, the sand from replenished beaches has fanned out, especially showing in places like Ship Bottom. That begs the question of beach buggying. The authorities I’ve asked say, “Don’t ask.” Since things are still a big tad disheveled down here, I don’t re-ask. Come spring, though …

No, there is no chance of getting any sort of carryover on 2012 permits that couldn’t be fully used due to closed beaches. Towns are going to be suffering to make ends meet as is.

You might as well take minute out to renew your free saltwater fishing registration. https://www11.state.nj.us/DEP_RSP/Orchestrate.do?initiate=true&...

For freshwaterites, the 2013 NJ Freshwater Fishing Digest for January is in. Go to http://www.state.nj.us/dep/fgw/pdf/2013/digfsh13.pdf .

The NJ DEP Division of Fish and Wildlife has confirmed that Billy Watson from Lansdale, Pennsylvania has officially become a member of an elite fishing club by catching a new state and IGFA world record Red Hake, Urophycis chuss. The 12 pound 13 ounce fish, also known as a Ling, was caught on February 20, 2010 approximately 20 miles ESE of Manasquan NJ. The fish measured 33 inches in length and had a girth of 19 inches. It surpassed the previous state record of 11 pounds, 1 ounce set in 2002 by Natalie Jones for a fish caught off Brielle.

Billy was bottom fishing at the Mud Hole on the Jamaica II with Captain Steve Spinelli at the helm when he hooked the big fish. He was using a St Croix medium heavy rod and a Diawa Satist 20H reel loaded with 50-pound Power Pro line and a Gulp 2” Glo Shrimp for bait.

Red hake are rarely known to attain weights exceeding 6 or 7 pounds, so this particular fish can truly be considered a monster hake. White hake on the other hand are very similar looking and known to attain weights of as much as 40 pounds. Since the two species are so similar and the weight of the fish Watson caught was more in the white hake range, marine fisheries biologists diligently examined the fish to confirm its identification and its world record status.

Division of Fish and Wildlife marine fisheries biologists first examined the fish and counted scale rows and the gill rakers on the upper portion of the first gill arch, which are both reported to be valid diagnostic characters. The initial examination showed the fish to be a red hake. The identification was then confirmed by ichthyologists at the Academy of Natural Sciences in Philadelphia who x-rayed the specimen to determine the number of abdominal vertebrae, another diagnostic character. This too identified the fish as a red hake and it has been added to the Academy's extensive fish collection.

The red hake can be found from the Gulf of St. Lawrence to North Carolina, and is most abundant from the western Gulf of Maine through Southern New England waters. They are a member of the cod family and as such possess a distinctive barbel on their chin. Red hake vary in color depending upon their environment, but tend to be a mottled red/brown to olive/brown on their upper sides with large irregular pale light brown patches becoming a dirty white to bright white underneath.

With identification of the fish confirmed, Billy can now enjoy his new world record holder status and rest assured that his catch will definitely be a hard one to beat!