This season's weirdest gift given a vegan ... And I can still give it that damn-decent score even after suffering the worst fishing year in my angling life – not to mention the worst bait season ever. Those ups-and-downs must be taken in stride … and never taken personally. Commercial fishermen? It's a different story for them. They keep me fed, so here's hoping the 2018 ratings stay high among them.

For me, not only was it a very productive treasure hunting/bottle digging year, but I had astounding walkabouts in the outback, fine ocean dips, incredible Holgate times, some amazing sports successes – via teams and drivers (Go Martin!!!!!!!!!!!!) I cheer on -- and a slew of great meet-up with folks at church. I must admit I also (usually) had good fun blogging herein -- and even on social media. Acquired e-families are sometimes like the real thing, especially when it comes to weird and unusual kinships.

Again, here’s hoping all y’all also had a kick-ass year … and are getting geared up to rock in 2018! 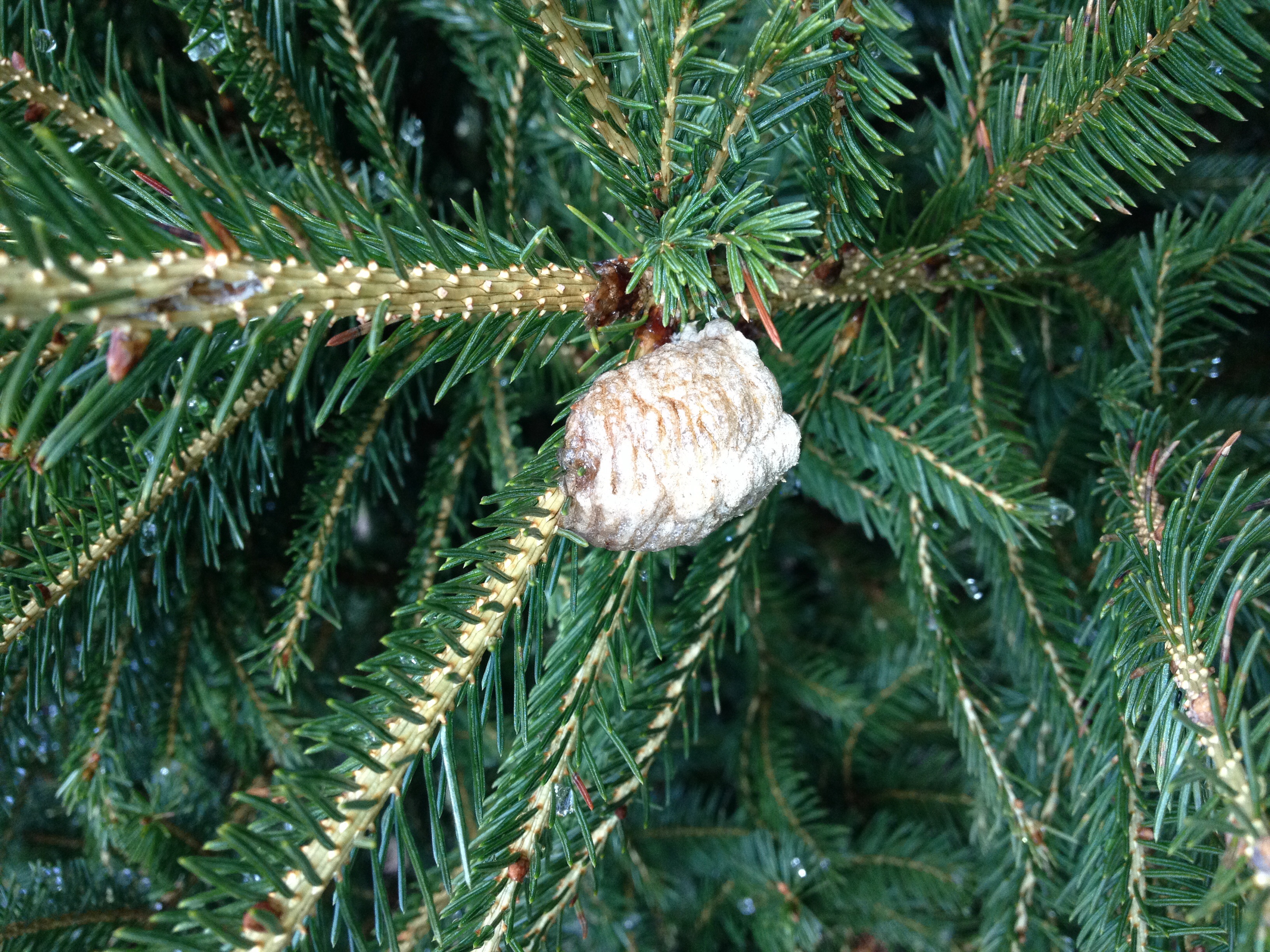 I got word from a pest control expert noting this is just about the time Christmas trees give back … in a weird and unwanted way. Sundry insect eggs and egg sacks, invited in upon trees and boughs, are responding to the indoor warmth as if its an early summer.

I took this warning with a grain of sidewalk salt and Googled the subject.

Dang if there isn’t a who’s-who bug list of critters arriving for the holidays. The NY Daily News even goes a bit yellow with its warning about unwanted greenery guests, offering a headline “Your Christmas tree could be home to up to 25,000 insects.” That’s gotta be one helluva buggy tree, but you get the overall gist.

Remembering the bug eggs had no original intent of using greenery to gain entry into house and home, having hatching colonies of aphids, spiders, mites, bark beetles, etc. makes an in-house sense of crawliness and also shortens a tree’s green day, as many of the insect riders quickly commence to dining on the festive fare. Even the bittiest of bugs can quickly turn a tree brown … and far more flammable.

That warned, one of the cooler come-insiders are praying mantises, which bust from plasticky, goldenish egg sacs. Most folks know the look of these famed sacs.

While generally a much-loved bug -- due to both their apparent holiness and a well-known ability to eat every other insect in sight – a hatching mantis egg sac can loose hundreds of itsy bitsy prayers, the absolute spitting-image of adult mantises. 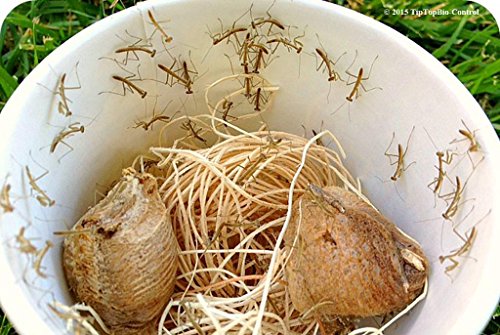 Along with the crawling-about creepiness of such a multitudinous bug showing throughout the house, an equally disturbing aspect of such a hatch comes about when the little buggers quickly starve and keel over … as in, all over the place. Takes away from holiday cheer and such. I guess I should mention that there are volumes on how to raise baby praying mantises, if one is willing to go to the trouble of caging them and acquiring fruits flies and other micro insects for food. We did it in school once -- with very decent success, I might add. We even went as far as selling them to a nearby nursery where they all lived happily ever after, or so we were led to believe.

By the by, if you find an unhatched mantis egg case on your tree, clip off the entire branch and get it back outside. Toss it near a garden area. Spring will come again, someday.

As to what now, if you’ve had a Christmas tree come alive -- six-leggedly -- not to over worry. Most of the bugs, unlike the explorative mantises, stay strictly put on the tree or cut greenery. In fact, they can go unnoticed until tree disposal time. Of course, now that I brought up the subject you'll be all eye-bally. Even if your tree lives, so to speak, I hate the thought of bug sprays, which issue forth fumes far after their quick-kill effectiveness has vaporized away. Maybe even go a bit live-and-let-live.

If you must go insecticidal, think safe and organic products, though even those natural mists can make humans and pets feel a bit woozy if in the same room for too long.

Coincidence? I'm recently blogging about the need for small rods and reels for pending ice fishing ... and, like e-magic, I begin getting these ads. How dare they intrude?! Though, come to think of it, these are kinda perfect ... uh, thanks ... but just this one invasive time. Oh, I'm also interested in loose frankincense tea ... just sayin' -- to whom, I have no idea.