Saturday, December 17, 2016: It’s one of those morning where the weather is making an ugly face; World record striped bass image

After just a couple days stuck indoors ... I clean up nicely, though. Saturday, December 17, 2016: It’s one of those morning where the weather is making an ugly face. That hearkens up my grandma’s “Your face is gonna freeze like that.” Perish the thought.

I should note that this storm is another example of us being right on the borderline of the harder snows and such. I saw some photos and videos from areas not that far west and north and they got a goodly covering of white before warm rain moved in – using “warm” in a highly figurative manner.

To repeat, my long-range prognostication (made well over a month ago), we’ll be seeing many a snowy close-call in the upcoming calendar winter -- officially beginning this coming Wednesday.

As you might know, the “weather winter,” via the National Weather Service, began on December 1 and runs to March 1. And you can see where a December 1 to March 1 time-frame offers a more accurate gauge of “winter.”

QUICK RELIEF: Combing map projections – since this stinkin’ lingering rain is holding me at bay much of today – from the middle of next week, extending into Christmas Day, will see a protracted stretch of near-weird mildness; daytime highs into the 50s for the entire period. Sorry, if you don’t like that but I’ve melded maps and they’re in decent agreement with such a more-like-mid-fall long-range forecast. However, we’ll eventually get back to the aggravating yo-yo effect, of cold-warm-cold-warm.

Holgate has its first snowy owl, likely the one that had been just a bit north for a North End stint. That alone should indicate a relatively mild winter overall … if you believe such mumbo-jumbo – which I kinda do.

Below: Conglomerate look at the 20-day forecast ... 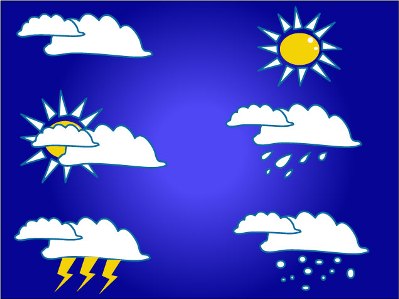 I’m told there are still small stripers in the surf, based on “a couple’ caught yesterday. Not many folks taking them on, per a hardcore caster. Late-day is the ticket. With the holiday weeks coming up, I can hopefully get some anglers out there trying. I haven’t being plugging much – having gotten all the way to Holgate yesterday to do a fishing and clamming session only to jump for my rods and realizing I had forgotten them. That’s one disadvantage of keeping my rod rack in the bed of my truck instead of on the front. Yep, Judge, that’s the same rack I got from you. Them some sturdy suckers.

Tom Rizzo: “Hey Jay! Good Luck fishing! I hope you get your Christmas Keeper. As for whether fish feel the hook, let's face it, everything alive is aware of itself and its surroundings - basic survival stuff. So, in my thoughts about the question posed in your post, that means everything feels sensations too. Being hooked, pulled off balance, etc., most likely translates into all kinds of emotions, together with good, bad or indifferent tactile sensations.”

Jay Mann: “Tom ... I always relate the minor hook pain to the horrific pain thousands of forage fish get inflicted with when being shredded by the likes of bass and blues. A hooking might be small payback ... Besides, think of what the bass go through while getting those stripes tattooed on.”

For anglers who feel they must pay some penance for hooking stripers, here's one form of, uh, symbolic atonement ... 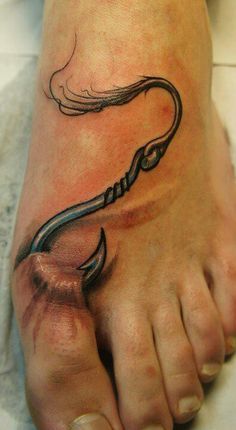 Just noticed this image of the reigning striped bass world record ... Had it not been been insanely engorged? (Photo: Image courtesy Alabama Department of Conservation and Natural Resources) In March, 65-year-old James R. Bramlett managed to catch a 70-pound, 45.5-inch long striped bass. It was an unlikely fishing trip at Alabama’s Black Warrior River, one that Bramlett only took because of a schedule conflict. The result was a bass large enough to overtake a world record that has stood for over 21 years, and absolutely shattered a 57-year-old state record.

“Shocking,” said fisheries biologist Heath Haley after seeing the fish. “This is definitely a once in a lifetime catch. Mr. Bramlett is an extremely generous, humble person and I’m excited to see him receive recognition for this fish.”

Bramlett was careful to properly document his catch and submit the required materials to both state authorities and the International Game Fish Association (IGFA). After several months of waiting, he was finally rewarded with his patience in the form of a world record. The IGFA measurements only slightly differed from those made by Bramlett and the bass was inducted into the organization’s record books.

The fish is currently at a taxidermist and it is expected to take a good chunk of wall space when it is finished.

Certifying a record can sometimes be a tricky affair. While most anglers deal with a straightforward process, some can find themselves bogged down in technicalities. An unfortunate example is the 68-pound striped bass landed by Rodney Ply in 2012. The catch caused controversy when both Arkansas officials and IGFA refused to recognize the fish because of the way it was caught and documented. Ply was denied both a state and world record as well as a $1 million prize offered by Mustad’s “Hook-a-million” contest. Since then a petition has surfaced to persuade IGFA to reconsider their position and Ply has hired legal council.

Now months later, Bramlett’s large catch seemed to have knocked Ply out of the running, at least for the record. You can read more about Ply’s case here.