On 4/17/13 the Atlantic States Marine Fisheries Commission (ASMFC) approved option 2 of section 3.0 of Draft Addendum XXIV to the Summer Flounder, Scup and Black Sea Bass Fishery Management Plan.  The Jersey Coast Anglers Association (JCAA) and the Berkeley Striper Club (BSC) were two of only three organizations to submit comments on this matter. They supported option two while the other group from Virginia opposed it.  Option 2 allows the projected underage of fluke caught along the east coast to be utilized by New Jersey and New York as these were the only two states that had been forced to further restrict their recreational fluke regulations this year. New York will be allowed to reduce its size limit from 19 ½” to 19” and New Jersey will be allowed to extend its season by up to 11 days. Our season is currently scheduled to close on 9/16 but the New Jersey Marine Fisheries Council (NJMFC) could vote to extend our season though 9/27. The fish that both states have been allocated are considered bonus fish that will be added to each states quota.

While the passage of an extended season might seem like a slam dunk to some, it is not a sure thing. The New Jersey Marine Fisheries Council held an advisors meeting on sea bass on 4/18. During this meeting some time was devoted to talking about fluke and a couple advisors and council members expressed concerns about allowing the fluke season to be extended. Therefore, it was decided that the NJMFC would schedule another advisors meeting for fluke and that the council would consider any proposed change to our fluke regulations at their July meeting. Ultimately our council could decide not to utilize any of the fish and leave our season as is or they could choose to utilize all of them and extend our season by the full 11 days. However it is also possible that they could utilize some of the fish and extend our season by just a few days.

The ASMFC also reviewed and approved new data that will allow states in the northern area, including New Jersey to reduce their recreational sea bass catch by 24 % rather than the 32% that had previously mandated.  This will allow us to keep our size limit at 12 ½” rather than having to increase the size limit to 13” which was likely prior to the latest liberalization.  The majority of advisors and council members present favored the option for sea bass that would maintain a 12 1/2" size limit, reduce the bag limit to 20 from 25 and have seasons from 5/19-8/8, 9/27-10/14 and 11/1-12/31. That will result in an open season of 161 days, 30 less than we had last year. Numerous other options were also discussed and some will be made available to the public in the near future. The sea bass regulations are expected to be set at the May 2nd meeting of the NJMFC. Those interested are encouraged to attend and give their opinions. 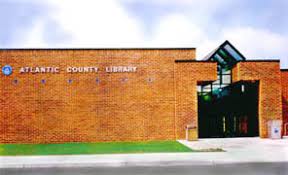 The only problem now as I see it, is that if our fluke season ends on 9/16 and the sea bass season is closed until 9/27, there will be little for inshore fishermen to fish for inshore during those 11 days. Anyone interested in having our fluke season extended should come to the NJMFC meetings and urge our council members to add these additional days to our season. Both of the upcoming NJMFC meetings are scheduled to begin at 4 PM and will be held at the Galloway Township Branch of the Atlantic County Library, 306 East Jimmie Leeds Rd.,Galloway, NJ 08205.  Again, the sea bass regulations are expected to be set at the meeting on 5/2, while new fluke regulations might be considered at the meeting on 7/11. 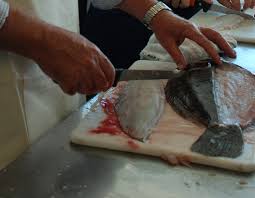