I know you get tired of hearing it but there has never been a spring run of big blues like this. OK, so maybe there are some Leni Lenape legends speaking of days like this back when the great poppers were first forming in the abyss. Just a scant few bluefish looks further below.

I'm still having a hard time getting a read on stomach contents, though one fellow told me there was a bird in a big bluefish belly. That was likely a dead bird that feel into the bay. Feathers gently bobbing about seem to attract blues. We are moving toward the height of the grass shrimp spawn (with first warmer waters) so I'm still interested to see if the bayside blues have them inside. The spawn areas I know of -- way up in the back-bay ditches -- are thick with shrimp this year, unlike last spring. 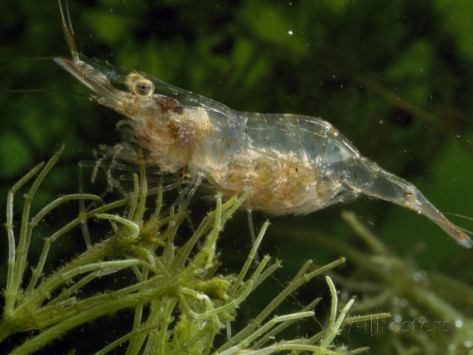 The traffic coming onto LBI was insane this a.m. and I swear it's folks rushing down to try out bluefishing.  Hope the local tackle shops are cashing in ... it has been a long winter. make sure to stock up on plugs within. 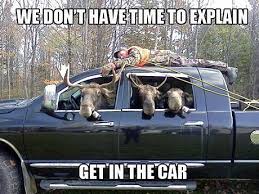 The best way to make a final approach to wildlife in the woods – to observe or photograph -- is the good-old tip-toe method, more exactly, toes and ball of foot down first in a controlled and even sight-assisted manner – literally looking down to the ground to avoid any natural noisemakers, like branches and dried leaves.

You’ll hear a lot about heel-to-toe stalking and walking. That popular method has its place, especially for longer, non-exacting distances. 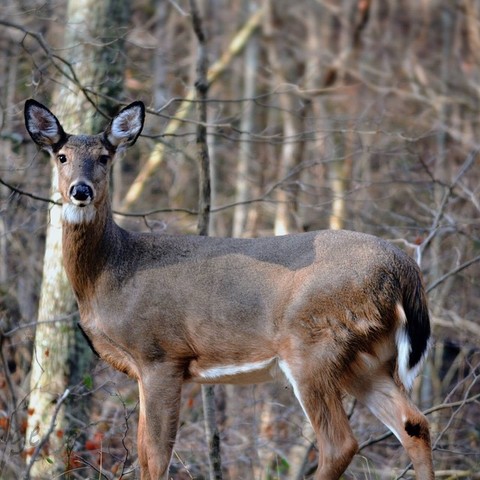 The theory behind heel-to-toe woods walking isn’t what many folks think. It isn’t that quiet. In the long haul, it doesn’t do much to silent the crunch of those natural noisemakers on the ground. In fact, that was never the intention of heel-to-toe pacing, when first utilized by primitive hunters.

An emphatic heel-to-toe sound made by walking humans is meant to be heard, at least to some degree. It is intended to mimic the sound of a deer walking slowly and naturally. This mimicking method applies to all members of the deer family, including elk and moose. If in a wildlife rich area or when covering ground to approach a known observation point, heel-to-toe tactics should be punctuated with stops (quiet time) very much like an always-cautious deer would do. 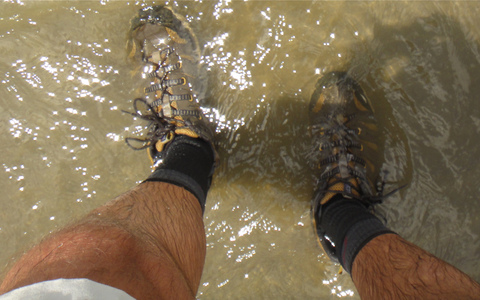 Will the heel-to-toe crunches spook wildlife other than deer? Just the opposite – ideally. Members of the deer family are far-and-away the most commonly heard large animal in the woods. Their methodical walking about is surely one of the most familiar crunch sounds heard by other wildlife. Well-performed heel-to-toe stepping will be attributed to just another non-threatening deer.

I’m getting decent at heel-to-toe distance walking but I’ll still occasionally quiet down the woods with one misstep. A couple expert trackers I know can heel-to-toe as quickly as those Olympic speed walkers -- and never blow their cover.

By the by, you can tell if you've blown your undercover presence if nearby wildlife goes quiet -- birds quit chirping (or sound alarms), while insects and frogs abruptly end their calls. Of course, that instant quiet-down can also mean some predator, capable of cleaning your innards clean out, has heard your heel-to-toe effort and decided it was hungry for a tasty human, especially one walking around like a deer. "I thought you wuz a small deer -- what with the way yiz was walkin' and all ..."(Creature in the Woods - Illustrations by Brad Soucy)

STEP SOFTLY: As to the best method to move silently toward a known or suspected objective, one of the best methods is touching down with the ball of foot first – carefully looking down to mark the best placement point – followed by a totally controlled and delicate down-step toward the heel.

During a completed down-step – with body in balance -- is the time to look back up for a quick reestablishing of target, followed by looking back down to seek the next ball placement point.

Since the ball-to-heel method is an active stalk, with objective now in play, long and focused pauses are essential. As to the number of steps between pauses, that depends on the environment, especially the amount of natural cover, ground conditions and the impacts from scent- and sound-carrying winds – or lack of same.

Generally, the more trying the environmental circumstances, the more pauses are needed. Obviously, dead calm winds can be ruinous. 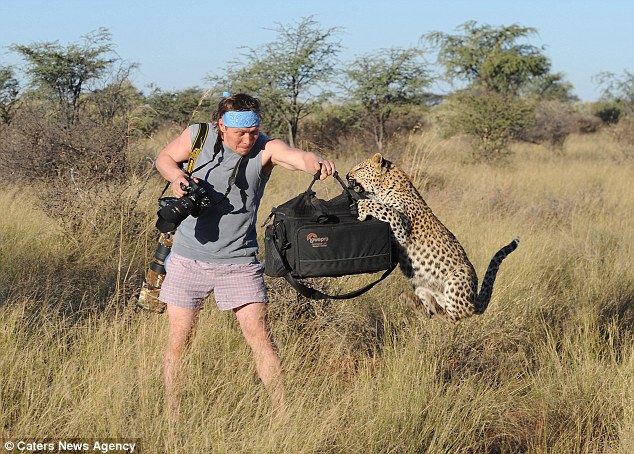 NINJA IT: Not surprisingly, some of the best insights into the stealthiest approaches to nature can be learned through ninja tactics. I kid you not. Below is an excellent little martial arts video, which includes the essential inner balance and mental control that is needed to silently stalk. Although it is done indoor,  you can see how easily the method can be applied to the outdoors. Yes, I’ve tried to use MA footwear like that in the woods -- once. The green briars loved them. http://www.youtube.com/watch?v=HvjgQqNOq9A.

Below: Just how they drew it up. I'm not sure what the guy at the desk did that was so ninja-worthy. I hope it isn't a nature columnist. GETTING THE SHOT: Stalking – and the best nature photographs – is accomplished long before the click of the shutter or raising of binoculars. The practicing of heal-to-toe and ball-to-heal woods walking is invaluable in the end.

Equally important is having any and all equipment at the extreme ready, prior to even beginning a final ball-to-heal approach. “Extreme ready” is having everything in the proverbial point-and-shoot state. A need for last-second unzipping of a bag, the fidgeting around with a tripod or the replacing of camera lens pretty much relegates one to shooting backyard pics of the kids. 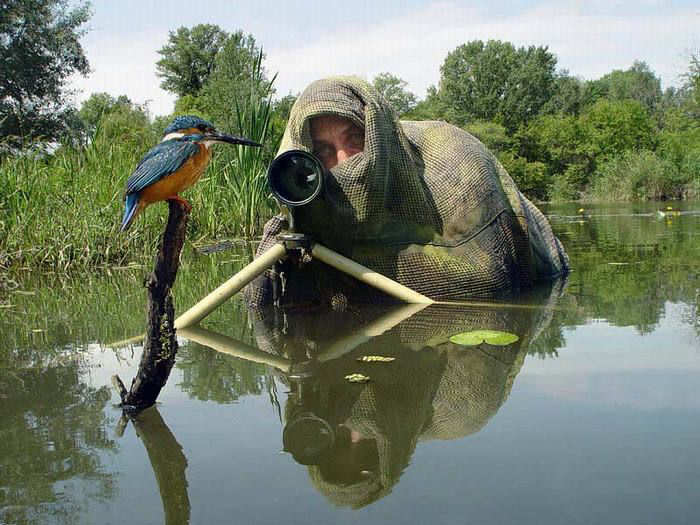 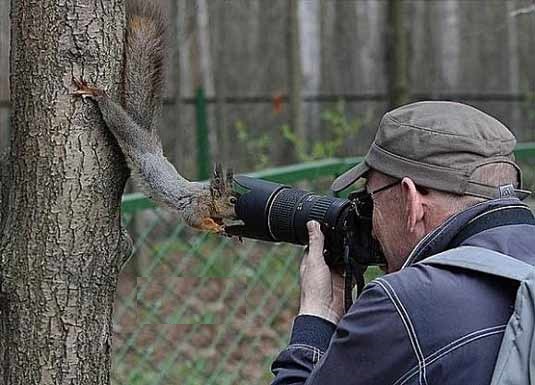 A huge congrats to Greg Cudnik (Fisherman's HDQ) and his gorgeous new wife.

Spooky, but I recall him as a tiny urchin hanging around the shop. 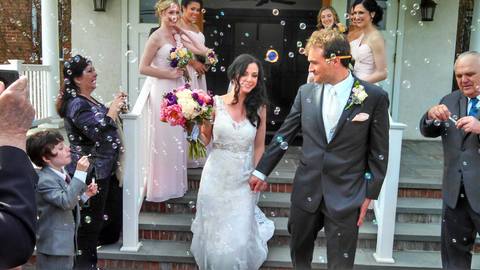 We're finally in after the long winter, and got booked for a 5hr Barnegat Bay Assault on the Bluefish by the Matt Windover Bachelor-Party Charter. Uncle Tom Barnett, Brother Michael Windover, Larry McShane, Matt, and future-father-in-law Steve Simms had an EPIC bite on Barnegat Bay bluefish. All of the blues weighed between 10-15lbs. At one point, we had 4, and 5 guys hooked up at the SAME TIME - it made for cockpit craziness. After non-stop action on topwater poppers, S&...

Lost count after ten nothing under #10 largest was at least #16 my personal best what a monster. Fun morning now I'm gonna go soak some bait and relax on the beach

Gettin my jersey on with one of my lifelong buddies..Skipper Boyle..fish on..

Here's an example of just how big these bluefish are running. Insane!

Personal best! 18llbs. Broke both rods but it was Epic!!!

My first bluefish on the beach! Thanks guys!!! 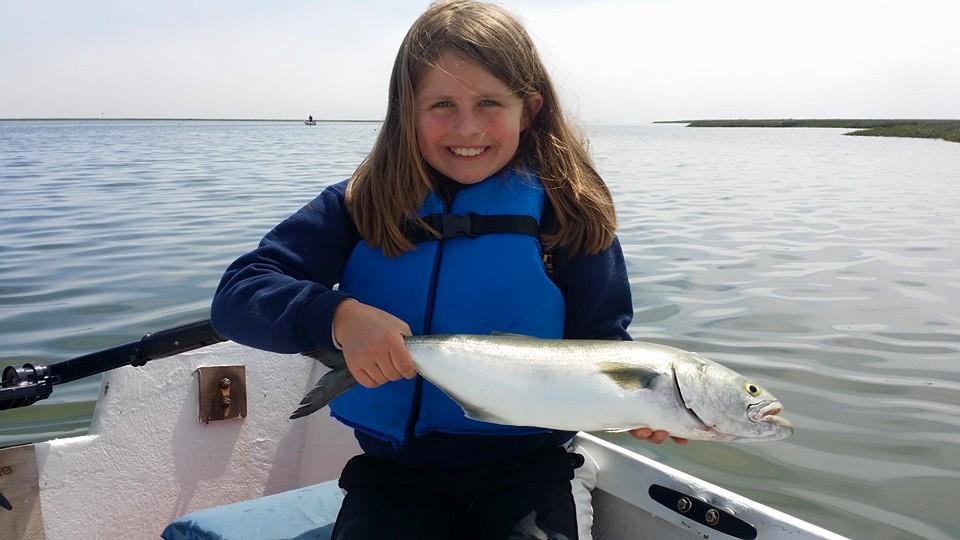