Thursday, July 22, 2010: So maybe there is something to that “dry heat” thing. Though we were once gain toying with 90-plus, it felt way more comfortable out there as the humidity was way down. I … 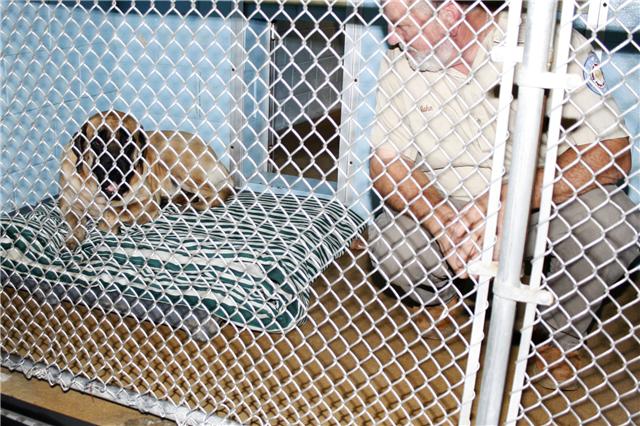 So maybe there is something to that “dry heat” thing. Though we were once gain toying with 90-plus, it felt way more comfortable out there as the humidity was way down. I still do the old-fashioned outback hanging of clothes and where it had taken all day to dry the likes of a towel during the recent hot and humid days, today things were almost ready to come in after a couple hours. We’re again seeing an all-day west wind. Obviously things are going to go south real fast. We’ll be near record highs again this weekend. If ever there was a time to get out before dawn and back in before midday, it’ll be Saturday.

I can’t be the only person totally stunned at the number of fluke out there. Hell, I got people caching them off their bayside (LBI) docks by casting and retrieving. The sheer numbers being taken by virtually anyone fishing for flatties indicates the entire bottom is covered. I know I’m still beating that dead fishery horse that the suggestion that fishery is struggling is, well, horse dung.

The ocean water along the beach remains very chilly. There are some resident bass near jetties. They can be taken on jigs early a.m. but not nearly as often late-day. Snorkelers are seeing loads of blackfish, per usual, but not many bass at all. They are shooting mainly trigger fish.

Small weakfish at night. Kinda worth the catch-and-release effort when the days are so frickin hot. Bluefish out there but no certainty. Jump plastics on jigheads kinda deep, near inlets, and you’ll get a few dinner fish.

The wayward mastiff, on the lam in LEHT since February, has be caught – and taken to Popcorn Park Zoo. The female English mastiff has surely had pups – possibly galore. Her teats are hanging low, which either means there are some younguns out there in the wilds, or, just as possibly, she was the victim of a puppy mill. That last proposition might explain her dire indifference to humans – and possibly life itself. She has yet to warm up to her captors, though she is very docile, not one bit aggressive. I’ll likely go out tomorrow to see if she has a litter in the woods where she frequented. What’s next for the poor girl remains to be seen but I can assure it will far far better than she has seen to this point. A family with a farm in NE Pennsylvania wants her, sight unseen.

[SitNews} By Laine Welch - July 22, 2010 - Fishermen and other boaters can rest easier knowing they won't need a federal permit to hose off their decks.

A bill that just passed the Senate extends the moratoria on discharge permit requirements for commercial and charter fishing vessels beyond the July 31 deadline.

'Say you're a sport fishing guide and you've taken your clients out, gotten a few halibut and you come in and hose off the deck. That would be a reportable discharge. They are talking about deck run off, bilge water, gray water and it would affect 9,700 vessels in the state of Alaska alone,' said Sen. Lisa Murkowski in a phone conversation from Washington, D.C.

In 2008 the Environmental Protection Agency came out with regulations that would require discharges by vessels of any size to be reportable to the EPA under the Clean Water Act.

Murkowski and Senator Barbara Boxer (D-CA) succeeded in getting a two-year time out for working boats and other vessels under 79 feet. At the same time, the EPA was given 15 months to study the types and effects of discharges from boats of varying sizes, and if the exemptions should be permanent. The study has not been completed, according to Sen. Murkowski.

'It's estimated that if the moratoria were not put in place, the EPA would be subject to issuing up to 140,000 permits by July 31. The EPA is not poised to do this and it is not necessary,' Murkowski said. 'Let's clear the decks and allow fishing people to be out working, and not worry if they are violating some reporting requirement.'

The measure to extend the moratoria passed the Senate unanimously and Murkowski said it should be wrapped up before Congress adjourns for its August recess.

[Mississippi Press] - July 22, 2010 - OCEAN SPRINGS, Miss., About three months ago the soft shell blue crab served Tuesday afternoon at McElroy's on the Bayou in Ocean Springs were swimming in the most unlikely place -- a pond in Lyman.

'I've been waiting for this all my life,' said Harriet Perry, director of the Center for Fisheries Research and Development at GCRL, as she walked into the restaurant for a taste-testing party.

Perry, a 42-year veteran of marine research, said it was the first taste-test for the crabs, which began as larvae in tanks at GCRL, then developed into tiny megalopa crabs at the Cedar Point site and, finally, grew to the appetizer-sized, four-inch soft shell crabs at the state Department of Marine Resources Lyman Hatchery.

The idea of raising the crabs on land started in the 1970s, when Perry said researchers discovered Lee Seymour, a Biloxi policeman, operating a 'primitive shedding system at his home. We went and looked at it and thought we could improve on it a little bit with some basic aquarium technology.'

About 40 years later, the breakthroughs continued. Perry said it wasn't until two weeks ago that researchers figured out how to harvest the soft shell crabs.

'We went back to an old Cajun technique that is used in Louisiana called 'bush lining,'' Perry said. A wax myrtle bush is suspended in the water and the molting crabs are attracted to it because of the protection it affords the soft, vulnerable crabs, she said.

The Cajun fishermen lift the bush out of the water and shake the soft crabs out. 'It's 90 percent effective.'

The goal of the research is develop a process for commercial use, Perry said. Soft shell crabs sell for $36 to $40 a dozen, she said.

'The problem today, and it has really hit home with the oil spill, is a source of supply. We started thinking maybe eight years ago that it would be great if we could aquaculture blue crabs and bring them into ponds and harvest them as soft shells,' Perry said.

The soft shell crop begin with 400,000 larvae, and about 20 percent make it to harvest, she said. The goal is to raise the harvest to 30 percent of the larvae, she said.

Christine Trigg, hatchery supervisor at GCRL, said, 'This was a species that nobody thought they were a good candidate for raising for aquaculture and we‚ve done it. 'It's exciting we have come as far as we have with it.'

'It's wonderful we can do this where it can't be affected by oil,' she said.

A team of Canadian and Spanish scientists has discovered forms of marine life previously unknown to science, some of which are more than 1,000 years old and hold the secrets to ancient underwater ecosystems.

The Fisheries Department and scientists from three Canadian universities and the Spanish Institute of Oceanography are on a 20-day expedition, using a robot to take pictures and to grab samples of coral and sponges up to three kilometres deep in the waters off the coast of Newfoundland.

The team is studying 11 areas under protection of the North Atlantic Fisheries Organization (NAFO) that are, collectively, about 1 and 1/2 times the size of Prince Edward Island.

These areas are important because they contain the 'trees of the ocean,' says Ellen Kenchington, research scientist with the Fisheries Department, who is one of the leaders of the expedition.

The coral that grows in this area can be several metres tall and change the flow of water currents. It also give shelter to fish and other organisms.

'It's a similar function a tree would serve in the forest, cutting down wind, providing branches for birds. We have the same type of communities that take shelter down there,' she said.

These coral and sponges - which are extremely fragile - are essential in keeping the areas abundant with the marine life that is fished by many countries around the world, including Canada, the U.S., the European Union and Japan.

Kenchington's team is assessing whether more of these areas need to be protected from fishing in order to keep stocks sustainable.

During the course of the research, Kenchington's team says it has discovered at least two new species of coral and six sponges in international waters, thousands of metres down.

Black coral, in particular, cements itself to the bottom of the ocean and can live more than 1,000 years. The coral has the equivalent of growth rings that can be revealed when sectioning its skeleton.

Kenchington said scientists can potentially look at the coral's chemical composition and determine the temperature of the water and other data from as far back as 1,000 years.

'That's how we are able to say if there is warming or a change in climate direction,' she said. 'In order to understand the present we need to put it into context.'