Monday, March 14, 2016: Real soaker out there but winds have not gone all that gonzo ... sunglasses as FB ruiners

Let's just place a load of fireworks on the head of a sledgehammer ... then ...

Now if that was a golden lab on-board ... no drama. 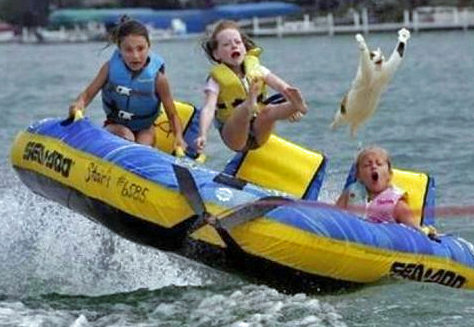 Important:  There is an upcoming public meeting regarding the Causeway bridge work for the spring and summer. The SandPaper will be covering both meetings.

I’ll hopefully be finding out if there is still hope for a fishing section. As you likely know, any cost overages and amenities like a fishing pier are sacrificed first. That’s not saying I’ve heard of any cost overruns but odds are good there will be some. A little racket over losing a fishing section might keep it in the plans. The meetings are as follows: Monday, March 14, 2016: Real soaker out there but winds have not gone all that gonzo, meaning the clean water right before the blow should hang around, allowing early striper fishing in the suds. The bay already has bass. Night fishing is showing in Barnegat Bay done through Little Egg. Bunker are showing in insane numbers. Problematically, there’s no bridge-top fishing from Causeway bridges. Underneath access is still there. The South end will close to foot and vehicular traffic in a couple weeks. If you're a fan of the far sot uh end, better get your licks in soon. The drive down is doable but bumpy due to lingering sedge pieces. Beachcombing should be decent after this blow, though it always takes a day or two for goodies to be deposited on the wrack line -- or in low-tide gather lines.

Below: My debating this as a take-home. 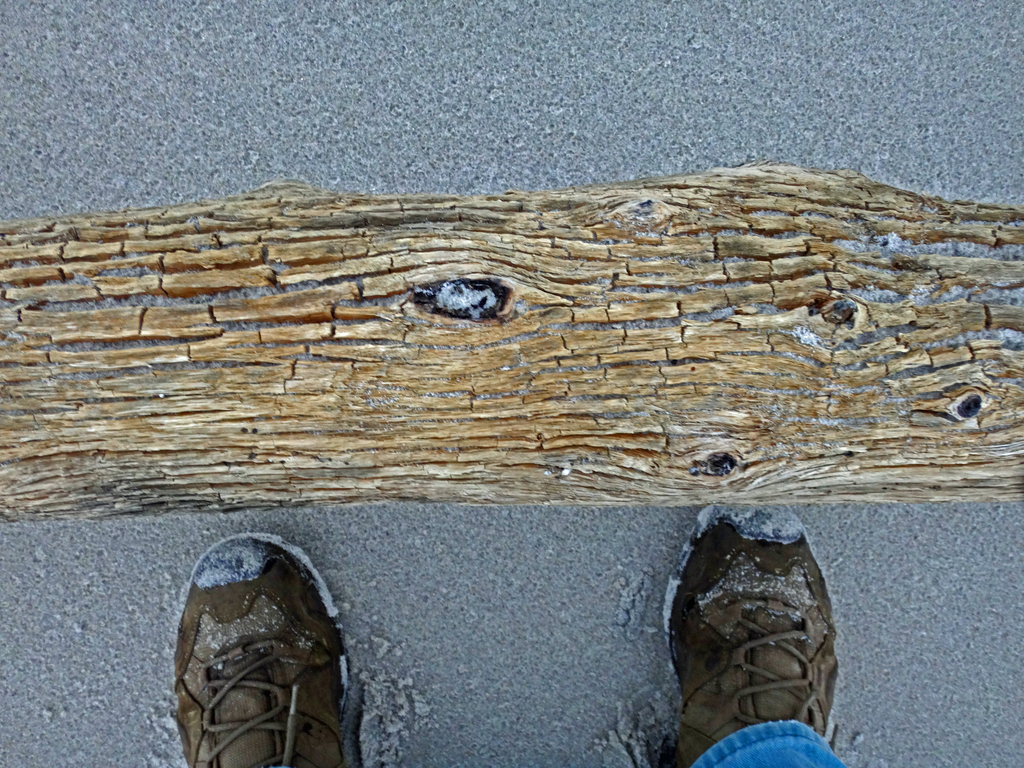 Here are some Holgate looks from today. The first item is comprised of square-ish tire-rubber chunks held together by industrial steel rods ... nasty steel rods, at that. This whatever has me a bit baffled. Possibly a handmade dock bumper? This is NOT from the artificial reef program. Also shown, ghost traps that have washed in. Bad stuff.

You are almost right. They are homemade fenders made from either tires or similar rubberized/corded fabric used on tugs and barges in the area. Saw many types on my days working on the water.

Important:  There is an upcoming public meeting regarding the Causeway bridge work for the spring and summer. The SandPaper will be covering both meetings.

I’ll hopefully be finding out if there is still hope for a fishing section. As you likely know, any cost overages and amenities like a fishing pier are sacrificed first. That’s not saying I’ve heard of any cost overruns but odds are good there will be some. A little racket over losing a fishing section might keep it in the plans. The meetings are as follows:

While we all try to only befriend newcomers who have a huge numbers of “mutual,” friends, cleaver Asian spam artists are now putting on a good face. They have learned  to mine Facebook to get a personal feel for you and I. In my case, my nature is nature … and fishing. I now get dozens of bogus friend requests from spamified scumbags bandying about innocent-looking fishing and/or nature cover photos. If you’re into, say, NASCAR or cooking, requests will arrive sporting images relating to those interests. Hey, no one ever said Asians aren't crafty little devils.

I’ve read all the cures and preventative measures to fend off sunglasses ads. The problem is the most certain cure is to quit taking on new friends. Screw that. That’s a huge problem for me. I’ve taken in legitimate friends from pretty much around the world. It’s a blast getting reports and comments from fishing venues far and wide. I refuse to buckle under to spammer terrorists.

For now, when an asshole sunglasser leaks into my social media quasi-family, I go through the fairly-quick process of reporting them to FB management. The process quickly knocks invaders out of my system. However, it does nothing to stop them from instantly assuming a new ID – and returning.

I still think the surest bet is to befriend or seek the friendship of folks with at least 50 friends in common; 75 to 100 is even better. Of course, it also helps to click on the name of someone begging for befriending. Some spammers are dumb enough to actually have sunglass ads on their cover page.

Occasionally, sunglass spammers actually hack a legit Facebooker’s ID, then use it for launching ads. Per cybercrime experts, this is actually not common. The full- hack route is apparently far too time-consuming, thus unprofitable. For the organized Asian criminals behind Facebook spamming, their Asian cyber-sweatshops work on saturation coverage – as in insta-spams – not long-term commitments to far-harder identify theft. There are plenty of other worldwide miscreants working the ID-theft angle.

In case you haven’t figured this out, those spammer-based “authentic” Oakley sunglasses are as far from authentic as China is from here. They’re knockoffs. Some folks say the designs are gleaned from parts that Oakley are having made in China. If true, there’s an ultimate irony: Fake Oakleys made in China as opposed to real Oakleys … made in China.

I went to the trouble of contacting the Oakley folks. Unhappy campers to say the least; pulling their hair out over this worldwide spam barrage, targeting their product … though Ray-Ban and other high-end sunglasses are also in the crosshairs of Chinese scammers.

I was told that Oakley NEVER offer prices (even wholesale) like those being offered by spammers; nor do their registered dealers offer discounts that low. A bit like Rolex watches, Oakley offers very little waggle room, price-wise, with their products. As a dealer, if you waggle too far downward from set/list prices, you’re no longer an Oakley dealer.

Importantly, eBay – where you could once get an occasional deal on “used” or registered Oakleys – is now also part of the sunglasses rip-off scam. Guess what, you cannot automatically believe it when someone on eBay swears, “I guarantee these are authentic. I bought them last year and simply never use them. I wanted them to have a good home.” Yes, that’s an actual eBay listing. I also read where fake receipts are being made to display on eBay, as in, “Here’s the original receipt.”

The hard part is the weirdest part: there is no telling a knock-off from the real thing, based on outward appearance. The fit and lenses? Hugely different story, especially for folks like me. I live and breathe sunglasses, via fishing and beach volleyball. Side distortion, shoddy construction, instant scratches, and, worst of all, long-term eye strain and headaches are just a few of the indicators that you’re sporting Knockoffland specials.

Below: Interesting from a bluefish angle -- but also a bit controversial, also.

Caught these bluefish in huddy park. What should i do with them?!

Fresh bunker out of the Mullica River. Just caught in the Fyke Nets. Only 25 today, but I should have a steady supply. And if the Big Baits are heading upstream, You can bet the big Bass are on their tails. 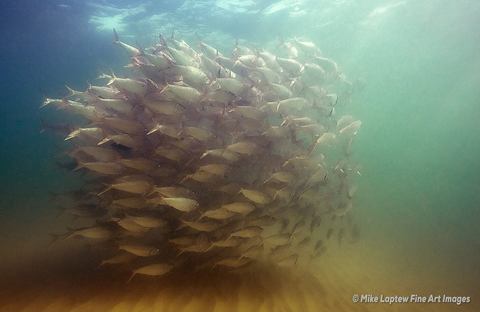 My Day 3 Nature Photo Challenge submission.
I put some time into post production on this one, including cleaning up all the menhaden poop that they generated-- one pellet at a time.
I hope you run into my circle of friends, they usually have predatory admirers. 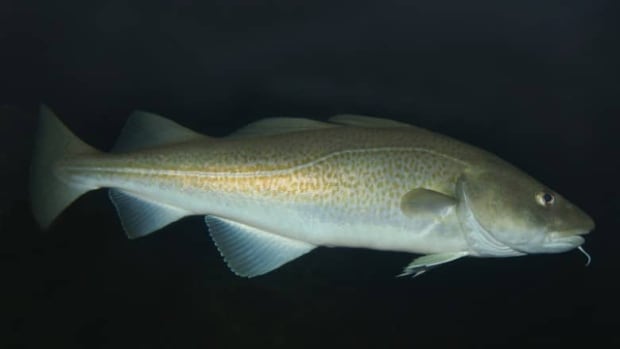 The Committee on the Status of Endangered Wildlife in Canada has recommended Atlantic cod (pictured) and white hake be given endangered status as fish stocks remain low.

The low number of white hake and Atlantic cod has led to the recommendation they be given endangered status by the Committee on the Status of Endangered Wildlife in Canada.

Nearly half a million grey seals in the Northumberland Strait that feed on the fish are the main cause behind the recommendation, according to the committee.

It's also a combination of two other factors, said Hugues Benoit, head of the marines fish section at Fisheries and Oceans Canada.

Benoit suggests that seals are a "generalist" species — they eat what's available to them. If the population of hake and cod are scarce, seals move on to any other available species.

The decline of fish populations and the possible declaration of some species as endangered are leaving fisherman with limited options.

"They [fisherman] respect the rules even though it's a frustrating to be following rules," said Christian Brun, executive director of the Maritime Fishermen's Union.

"They feel it's a challenge to participate and establish an equilibrium and balance in these fisheries."

Brun said the seals will often interfere with fisherman by eating fish caught in the nets which leads to reduced harvest numbers.

Seal cull: is it the answer?

In 2012, the Senate's fisheries committee announced a plan to cull 70,000 seals to save the cod population. The committee's report also also recommended setting up a bounty system to compensate hunters.

The plan was criticized by some, including a group of marine biologists at Dalhousie University who claimed the seal population wasn't solely responsible for the decline in cod.

The culling of the seals was reconsidered several times, but never approved.

Hunting for seals is open, but there is a decline in the market due to the ban on seal products by the European Union. 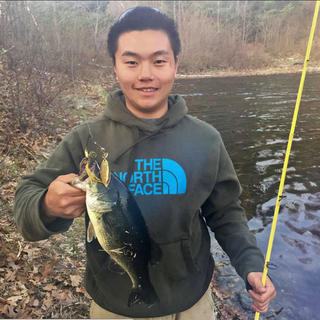 FAMILY IN MOURNING: Michael Thao, shown in a Facebook photo, died yesterday in a fishing accident in Lancaster.

A Leominster family is mourning an 18-year-old who died after falling out of a boat in a pre-dawn fishing accident on a Lancaster pond.

“He loved fishing. He would go almost every day,” Yeng Thao, 46, told the Herald of his son,  Michael Thao, 18, whose body was recovered by Lancaster firefighters and regional divers nearly two hours after the boat he and a relative were fishing in tipped over in the middle of Fort Pond.


The relative, Yeng Thao’s cousin, frantically swam to shore and broke into a home to desperately call police for help, officials said.


Authorities searched the area and discovered the teen’s body about 6:16 a.m. The regional dive team was deployed and removed the body at 7:17 a.m., according to Lancaster fire Chief  Michael Hanson.

Lancaster detectives, state police and Massachusetts Environmental Police determined that the death “was caused by an unfortunate accident.” Police said the investigation is continuing with assistance from the Medical Examiner’s Office.

A former student of Leominster High School, Michael Thao was described by family as a “nice kid that got along with anybody and everybody.”

A middle child with a brother, a sister and seven stepbrothers, he worked as a cook for a local Vietnamese restaurant.

“He was a good swimmer — not super, but better than most,” Yeng Thao, said of his son, whose social media posts were filled with photos of his fishing exploits. “He loved fishing from when he was 5 years old and would go fishing with his grandfather. He liked hanging out with his friends and playing football, but fishing was his number one.”

“I want him to come over but he refused,” he said. “We are all mourning.”