The good news around Beach Haven is the continued presence of striped bass in the bay and inlet waters. Some catches of larger bass, 50-plus pounds, just north of Long Beach Island, bodes well for those big spring bass for ocean anglers trolling and jigging with live bunker. In addition to the bass, the bay is loaded with bluefish and a goodly number of weakfish 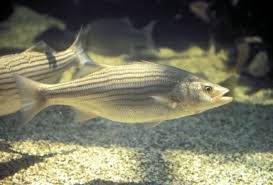 The captains of the Beach Haven Charter Fishing Association are also looking forward to the beginning of the summer flounder and black sea bass seasons.

Captain Fran Verdi on the “Francesca Marie” (photo below) reports finding good action on those stripers and bluefish in the bay in addition to some black drumfish. He ran an open boat trip recently where he had two keeper bass and another 7 throwbacks. They also boated 10 bluefish, three of which were kept for the dinner table. Captain Bob Gerkens of the “Hot Tuna” (photo below) wants his loyal anglers to know that final Hurricane Sandy repairs are being completed in North Carolina and he should have his boat back in New Jersey later this month. 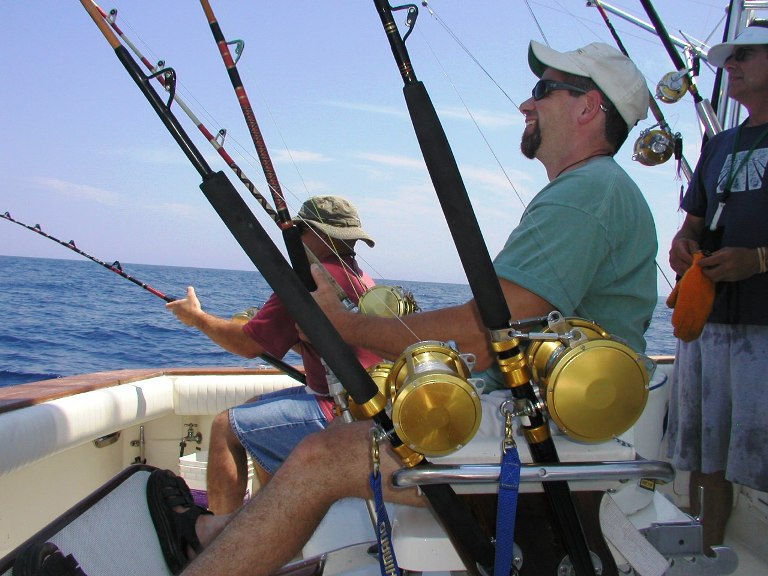 Additional information on the association can be found at www.BHCFA.com. 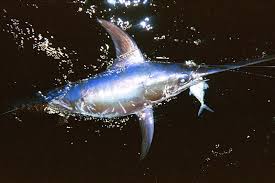 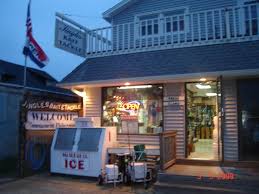 Clams was what this 13-13 Simply Bassing fish was caught on. Andrew now has 8th place.

Love this picture! This was her first time fishing and she lands a 50lb Striper!!

Haven't caught a pugnose striper before, looks awesome and it went back swimming!!


"Dr. Crabtree recently took a position against the Gulf of Mexico Fishery Management Council (Gulf Council) and its chairman Doug Boyd that RFA believes is a gross infringement of the Magnuson Stevens Act," said RFA executive director Jim Donofrio. "This federal agency is making its own legal opinions in ignoring the will of stakeholders at the Gulf Council, with what appears to be zero managerial oversight within the U.S. Department of Commerce."

"The Commerce Department has been hostile towards our coastal businesses during the past five years, that's been proven by previous Inspector General reports in light of document shredding, predatory enforcement and misuse of federal funds at NOAA Fisheries," Donofrio said. "To see this latest round of attacks by NOAA against our Gulf fishermen is proof that Congress needs to step up and step in."

RFA's letter today to Dr. Crabtree was also sent to key Members of Congress, where Donofrio is hoping to secure a joint oversight hearing with members of the appropriate committees in both the House and Senate.

"Our members feel there's impropriety here in this decision by NOAA Fisheries, it's punitive to the fishing communities and clearly not in the spirit or intent of the Magnuson-Stevens Act," said Donofrio. "With all the reports coming out of DC in recent days, it should really come as no surprise to anyone that these federal agencies are out of control and completely hostile towards small business."

Last month, the Gulf Council voted to rescind a rule which they originally passed in 2008 giving NMFS authority to force federally permitted vessels to abide by the draconian federal restrictions, even when fishing in state waters, or risk losing their federal license. Dr. Crabtree's response back to the Council this week was that their official vote was "not warranted," and thus would not be honored by the fisheries service.

"What the Gulf Council asked for in no way infringes on the conservation goals of the red snapper rebuilding plan or on the overall health of the stock, but was actually in response to too many red snapper in the Gulf of Mexico," Donofrio said. "Council members were asking NMFS to allow all fishermen equal opportunity to access this rapidly rebuilding red snapper stock, and were denied."

Many coastal anglers see Dr. Crabtree's decision to deny the Council's request as not just unrelated to concern for the red snapper resource, but also part of an agenda to exclude fishermen from the fishery, hurt small businesses and fragment the recreational fishing community.

Capt. Tom Adams, chairman of the RFA's Forgotten Coast Chapter and a Mexico Beach charter boat captain, said NOAA's outright defiance will have grave economic impact on the local businesses which function by taking anglers fishing. "The only thing they will accomplish is to further distress the already hurting economies in all Gulf States and destroy the charter for-hire industry which only operates to take recreational fishermen fishing," Adams said. "The families and children, while on summer vacation, will be hurt the most."

"Is there really any reason for a Gulf Council, and to pay all these expenses and salaries if the Regional Administrator is only going to make all final decisions," Adams asked.

Fellow RFA-FL angler and advocate Capt. Buddy Bradham had similar questions about NOAA's recent position, asking "Does Mr. Crabtree not understand that the northern Gulf of Mexico is still recovering from the disaster of the oils spill and by not signing these emergency rules he is causing a huge economic impact to this area?"

"He shows by not signing this rule, he does not have a problem causing an economic failure," Bradham added.