Monday, September 15, 2014: First I have to offer a bit of an apology. I posted my Sunday “daily” in here then went on a protracted run to Holgate and such. By the time I got back to the computer (late), my segment on vehicles bogging down in the sand had gone locally viral because of the stuck Ferrari photo. I had been mailed that pic and have no idea where it is at. I was simply blown away that someone would try a stunt like that with a $200,000-plus vehicle. I’ll try to be more specific with photos from now on. The problem is I have to pop my website blogs out very quickly (I’m always neck deep in work) and seldom have extra time to go over them for grammatical mistakes or to add extra photo info.

Elsewhere in my unreal world, the weather has taken a quick turn for the better. Fishing conditions are excellent today. When’s the last time that could be said? Of course, tomorrow is another day, as shower and clouds could “clipper” our way before things clear for what could be a lengthy stretch of just-fineness. I know I’ve jinxed us before by writing that but this time I see no serious winds for as many as ten days ahead. There could be a shower here or there but I hear the beaches, nearshore ocean and canyons calling all anglers.

The mullet run continues to run large – as in large mullet. Hey, just enjoy what a big bag of mullet you get at the tackle shops. Soon enough you’ll be complaining they’re too damn small.

The tailor blues were hot and heavy in the Holgate Rip yesterday. They were easily taken on bait and larger poppers. That larger popper thing makes sense considering the current size of the mullet.

I tried a trick I had seen others do by dropping smaller baits on the bottom, nearer to the beach, to snag a few fluke. That often works, not only because the flatties are awaiting any beach-hugging mullet but also because they’re feasting on the trickledown pieces from bluefish slaughtering the mullet up above. OK, so maybe I didn’t get so much as a touch but the theory is sound. We have until Sept. 27 to apply any and all fluking theories.

Just wanted to remind 2014 LBI Surf Fishing Classic folks wanting to buggy/fish Holgate and other areas of Long Beach Township, that the municipality will again be offering a “Derby Permit” for the eight-week tourney.

Here’s the LBT website info: Derby permits will be issued starting 1 week preceding the start of the derby and are available for a fee of $25.00. Derby Permits can only be purchased with an in-state check (NJ) or money order. Derby permits are only valid for the duration of the derby. For more information on Beach Buggy Permits call 609-494-3322.

I want to clarify that information by noting the permits will be sold/available a week before the event begins but CANNOT be used for that week prior to the Classic, i.e. “Derby permits are only valid for the duration of the derby.” 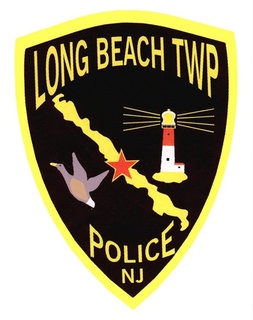 Also, to obtain a LBT permit, you must personally go to the LBTPD office, located on the south side of the LBT municipal building, 68th street, Brant Beach – across from Bayview Park. You can park on the west side of the complex. You will need your driver’s license, vehicle registration and proof of insurance. You fill out a form and will be given the permit and some buggying info. You then turn around and pay just across the hall. It’s best to have the check already made out to Long Beach Township: $50 for seasonal and $25 for Derby Permit.

Obviously, this Long Beach Township “Derby Permit” does not apply to beaches in Beach Haven, Ship Bottom, Surf City or Harvey Cedars. Those towns have separate permitting systems – meaning you must know when you’ve crossed over into another municipality. And, no, there are no signs on the beach that say, “Welcome to …” It’s the same as hunting. Even in the middle of nowhere you must know if you're on legally huntable land or not. 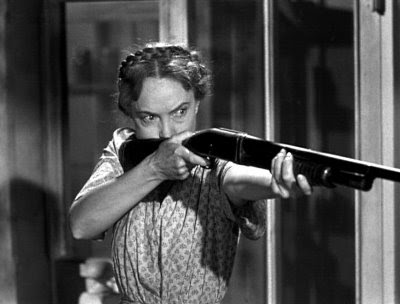 REPLENISHMENT THINKING: I had a somewhat disturbing thought regarding buggying the beachfront after the upcoming Island-long beach replenishment project, which will commence in a few months. Obviously, and undisturbingly, the super-fill will leave the front beaches from Loveladies to Holgate (parking lot area) as drivable as they have ever been in the entire history of LBI. What’s more, the pumped in beachfill will eventually and certainly send saving sands toward the hideously eroded beachline adjacent to the Holgate Wilderness area. So where’s the fear? Last winter I had the worst buggy bog-down of my nonillustrious beach driving career. My truck ran  essentially headfirst into a fully-disguised sinkhole tucked within the sands of in Ship Bottom.

The quicksandish sinkhole was the result of replenishment-related sands, mainly from Surf City, rapidly migrating across Ship Bottom’s unreplenished beaches.

In my hairy bogdown case, loose sand had blown atop what remained of a large low-point in the beach. The previous summer that hollow had been like a lake after high tides filled it with seawater that couldn’t escape back onto the sea, due to a large berm near the water, the result of that arriving replenishment sand.

Got all that? Even if you don’t, sufficed to say my jarring headfirst decent into the remnant of lake Ship Bottom proved that migrating pumped sand can create some severe buggy snares.

But back to my disturbing thought.

Stop to consider the largest sand fill this Island can imagine, namely the upcoming project. Literally miles and miles of sand will rather quickly being trending southward -- pretty much beelining for Holgate’s unreplenished beaches. If Ship Bottom underwent some odd sand accretions from a nearby, small-by-comparison beach-fix, just imagine the arrival of tons of sand onto Holgate’s anorectic beaches. They could become an innocent-looking minefield of sand traps and sinkholes. Of course, I’ll gladly take sinkhole headaches to save the south end. I’m just envisioning some odd sand transformation playing out in Holgate.

By the by, the full regrowth of Holgate – via migrating replenishment sands -- could take many years to fully manifest. However, the first impacts of migrating replenishment sand could show as early as next fall, should the project begin on the south end. A north end (Loveladies) start to the project could easily leave enough time for Holgate to fully break at the 5,000 foot mark.

It’s hard to guess which part of LBI will feel the replenishment first – once a contractor is chosen, which hasn’t happened yet. One might think the most eroded and vulnerable zone south area -- Beach Haven and Holgate – would be up first for sand salvation. Keep in mind that the Island’s former most vulnerable areas -- Brant Beach, Surf City and Harvey Cedars -- have already gotten pumped in sand.

But it just ain’t that simple.

Since the work will begin in the very tricky and often hostile winter season, the north end will be closest to the sand source, sometimes called the borrow site. It might very well be smarter to begin with the simpler and closer fills during winter, leaving the tougher and further south fixes until the smoother sailing times of next summer.

In the meantime, many folks have forgotten the immediacy factor to fixing the beaches. Most of LBI is still chin-out to storm and super storms. To me, a north and south simultaneous start to replenishment could offer the quickest way to protect LBI. That brings up the unslight matter of the contract-winning company literally having to double its work effort, possibly delaying or even foregoing other contracts elsewhere in the state. “Elsewhere” might be very pissed off at that.

Stay in here to get the latest updates on the arriving replenishment.

David and Joe Tag weighed in this monster 5.2 lb fluke today. They brought their fish to the shop by boat, we are fortunate that Bills Surf and Tackle has that option.

Ccws has been crushing them lately, out performs all my other go-to plugs when the mullet are here. Bill Couch