4 pm: I’m heading to the south end. Check back in here for updates. Sorry, not many images yet. Very busy.

Life after Hermine … and I feel fine, aka REM.

OK, so we’re still under the outer-fringe influences of her. Yes, a her. Some folks didn’t know that. As a woman’s name, Hermine ranks 2228th in US popularity. Yes, that rating is official, per name-rating services. At least Hermine beats out Ezgi, a girl’s name that once won weird-name-of-the-year honors. But even Ezgi can’t hold a candle to, yes, Candle -- the girl’s name Candle. How would you like to live with this the name Cheese, out of Great Britain?

“These are my daughters, Candle and Cheese.”

A number of folks were angry over been spooked off the Island by early “massive storm” warnings. Easy to bitch and moan after the fact. There was a “massive storm” potential, seen through the eyes of some sky soothsayers. No I’m not being mean to the folks who lost often bring us spot-on weather reports. I echoe my own words that hurricane forecasting is such an inexact science that odds makers won’t even mess with them. As to seeing cyclones in action, never have they been more vividly shown, in real-time, via lookdowns from what is now a slew of circling satellites. The one place my forecasting observations shine is when I’m reading assorted satellite images, colorized to emphasize everything from moisture intensity to cloud-top air temps.

Even with such eyes in the skies, it was a somewhat surprising initial swing and a miss for those experts buying into the Euro-models, famed for having anticipated Sandy a solid week before she hit. In defense of the Euro models, they were the earliest forecasting entity to notice Hermine was not acting as projected. That for-pay service overran US models and predicted her moving further out to sea than other sources.  So they at least get a booby prize.

I’ve never been in the evacuation-suggesting market, even in my blogs. That’s like telling someone how to raise their kids. OK, so maybe that’s a weird comparison even for me, but abandoning ship is a personal call. That said, if you notice I’m suddenly writing this blog from atop Forked River Mountain … 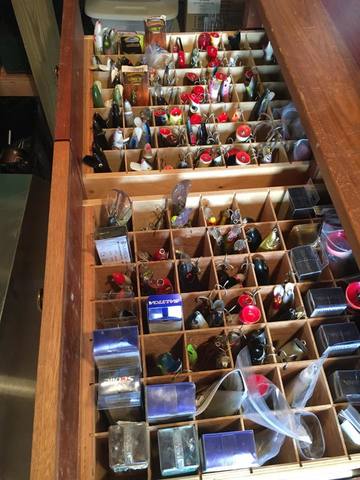