Above: This is a photo of the famed LBI surf fishing tournament prize-winning David Dodd striped bass (along with Dave) -- the mount of which now graces the wall of Fisherman’s Headquarters, former Dodd shop. Note the tourney pin on the hat.

Monday, October 15, 2012: Fishing today is a breeze – uh, better make that a full-blown gust. Southerly winds honked all frickin’ night – as one loose board somewhere within my bedroom window always lets me know in a creaky voice.

Despite the side-ass winds, the ocean has held a decent color and cleaness. It hasn't turned that turbid brown that often accompanies southerlies.

Despite the good look to the water, there is the tackleish matter of needing well over six ounces to even think of keeping line drift at bay.

Not that many folks are even giving it a go, early on. I drove the beach going to work this morning and saw one lone angler covering a couple miles of beach. He was nodding off in his buggy.

As oft noted, south winds can often spark a bite in fall – but not just yet. The ocean remains mildish and the big fish aren't properly in place – though I got word of a few more 20-pounders taken by boat. The biggest, 28 pounds (length/girth chart estimate), went for a spot the angler had penned for weeks.  The others were taken on eels. 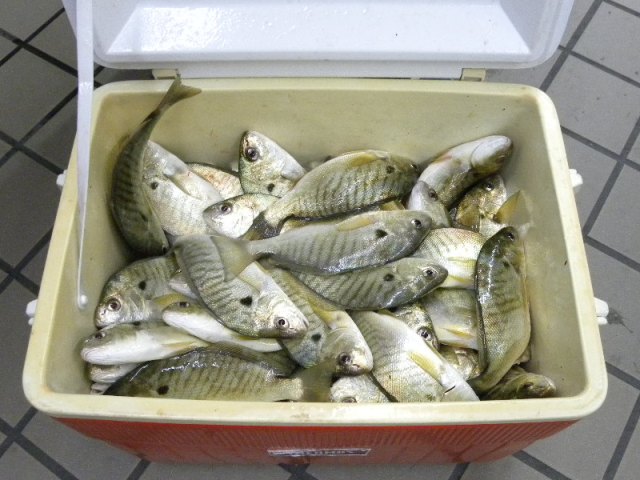 I feel pretty good I’ll get off the striper snide today, pitching plugs near beachfront jetties. With all the mullet still afoot, here have to be some bass firmly planted in place near jetty ends.

Arriving west winds will flatten things real quickly for the rest of the week. Look for blowout tides at a couple points, egged on by radical astronomical tides. As clams are showing promise – and Classic success – as striper bait, I’ve been re-asked about the odds of grabbing a load of surf clams along the beach. Sorry, but it just doesn't happen the way it had in the past, especially this early in fall. I know for a fact the ocean clams are still out there. It’s hard to guess why surf clam wash-ups are now so few-and-far between – and, even then, marked by only a few clams showing, as opposed to thousands of huge clams spread over many Island miles, back in the day. I’m working on scanning an old photo of a mid-Island beach (Surf City or Ship Bottom) covered in literally tens of thousands of washed up clams, feet deep – with a couple anglers trying to walk atop them to reach the water’s edge to fish.

Related email (a few weeks back). “Why are all the little surf clams dead on the beach. …”

Those aren't surf clams but coquina clams. And that’s as big as they get. While we’re seeing more and more coquina clams hereabouts, they’re still out-of-range, being more tropical. I’m not sure if they die-off in the winter – I sure don’t see any in the frigid months – or have some way to safely overwinter. Whatever, there are always tons of dead coquina shells showing through fall. 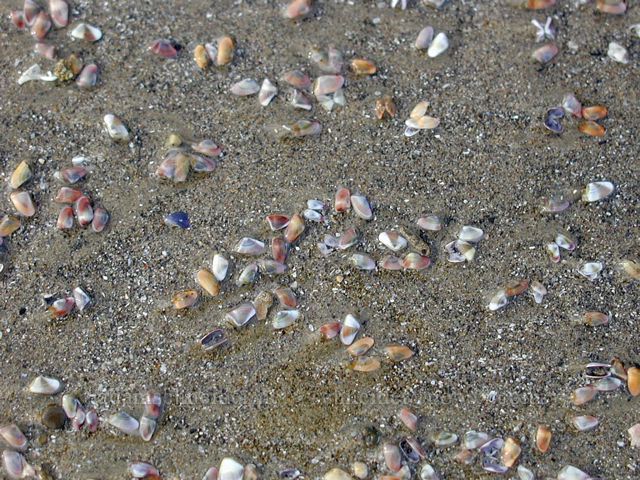 CIRCLE THE HOOKS: I got an email asking if there is such a thing as circle hook trebles.

I responded by first noting that a circle hook is the greatest thing since sliced bread – of course, I’m one of many who can’t stand most sliced bread. Still, I can assure there is no way to incorporate circle-hooked trebles into a successful fish-hooking routine. Oh, the fish will love the hell out of them. That alone should tell you something.

But, back to that other point. A circle hook is the greatest thing since oxygen for anglers with hyperactivity disorder. For the first time ever, those of us with the attention span of a ferret, can calmly throw out a bunker head then walk the hell away from that insanely boring chunk rod -- to go frantically throwing plugs or to run barking after seagulls. Hell, a solidly-rooted sand spike and a perfectly set drag can allow me enough time to quit making sand angels up on the dunes and coolly run back to land a pre-exhausted prizewinning fish. 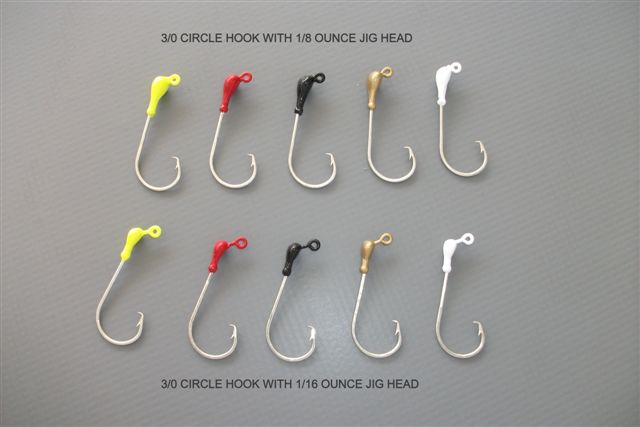 More after a late-day fishing session.