Monday, October 10, 2016: The still-rockin’ winds have a touch of west to them. ... grab those wild cranberries

Some runner have already started preparing for next year's LBI 18-mile Run. Folks are complaining about the new single lanes over the Causeway, slowing down their morning commute ... while, as they gripe, in India ... 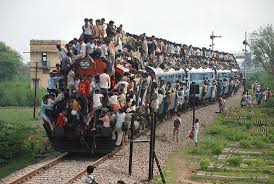 Monday, October 10, 2016: The still-rockin’ winds have a touch of west to them. It’s not enough to slow the north-to-south current along the beachfront but it is knocking down the swell, though there is still a ton of surf to contend with if you’re trying a Columbus Day surf cast.

Pro report ... Hoping everyone is great and ready for the fall bass run. I am! Sorry for the lack of report. For one the weather pattern has been horrible keeping most boats in the slip. Secondly, I am healing my wounds from an accident that occurred in Mexico the end of August. While catching……….. a ride with the family to our fishing charter @ 6 AM I miss judged ground floor when there was one step left. The resort, which I will not be going back to the rest of life, had the lights off in the open halls and stairways even though it was still dark. I broke my left 5th metatarsal (Jones Fracture), tore my calcaneal fibular ligament, hairline fracture in the fibular (2 places), and broke a piece of bone off the side of my ankle in case you wanted the details ;) The good news is the cast is off and I now have a boot making me more mobile and ready to get back at the helm. Intel has schoolie stripers to small keepers where you would expect them this time of year; lots of small blues around as big blues to 20 pounds somewhere off our beaches. Plenty of big bunker out front and peanuts in the back so the stage is set. My arms are getting tired just thinking about it. Nothing like fall crabs to lift the spirts (see attached). Had my two pots out at my marina and pulled out 9 nice jimmies this morning. Nothing like blue crabs this time of year. Most of them have not shed in a while making them full of meet. I have already started filling in dates so you may want to touch base with me if looking for the prime dates still available. Will be running trips weekends, holidays, weekday and weekend magic hours (around four hour trips fishing daylight through sunset and into the dark). As well as select weekdays. Also have the week of November 7th off and no plans on going to Mexico, hehehehe.

On the nature side of things: Many have heard of a hawk watch but did you ever hear of a sea watch? Avalon, NJ is home to the only east coast sea bird (loons, cormorants, scooters, gannets, etc.) watch. NJ’s geography puts it right along the Atlantic Flyway a major sort of air highway migrating birds. Avalon sit out in the Atlantic Ocean about a mile further than the land north of it making it an excellent vantage point to count sea birds migrating south. From September 22nd through December 22nd dawn to dusk scientists, and citizen scientists, count birds as they fly along the beach to a few miles out. Many years they will count over 1 million birds passing by.

Here’s a mid-Island surf look-about for off-Islanders. I have no idea why I called the flowers Montauk “roses” and not “daisies.” Maybe it’s Monday workday dreariness, though I’m writing a piece on Montauk daises for my weekly column – and noting they’re often sold as “Nippon daises.”   I know of even other names ... But don't call them Shasta daisies .. I caught horticultural hell for calling them that just once.

Kites are flying in Ship Bottom, though the event learned a Chowderfest lesson: You schedule something for October and you’re rolling the sky dice. Today is a pure winner. That said, I’m already a-fret over the Ship Bottom Christmas Parade, first week of December. Maybe we’ll be all stormed out by then. 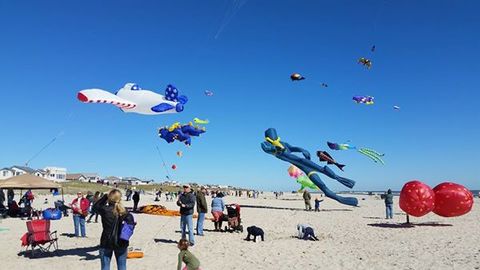 Winds may finally give us an angling break, starting as early as tomorrow. They’ll remain north and onshore but by tomorrow night I see something of a very inactive weather pattern, marked by dead calm at night. With temperatures now closer to normal, Wednesday morning might mark the first frost sighting, though less so on the Island. Obviously, indoor plants should have already bid the outdoors a fond farewell.

CODE RED FOR PICKING: For the few of us who harvest wild cranberries, it’s time to make a pick in either county-owned bogs, or (in my case), feral bogs, i.e. no longer farmed but still producing. I know a couple decent feral bogs off Rte. 539.

Cranberries can take the first frosts without bloating but you’ll know if it got too cold for picking when cranberries on the vine (yes, vines) get overly fat, slightly off-color and squishy as a frog’s eye. They’ll actually ferment in their skins if frozen then thawed under a warm sun.

Some local cranberry farms (Speedwell/Chatsworth) have waited until this week to harvest, to allow berries to redden. They hadn't yet reached peak cranberry redness due to September’s mild weather. It’s the fall chill that sets their color. 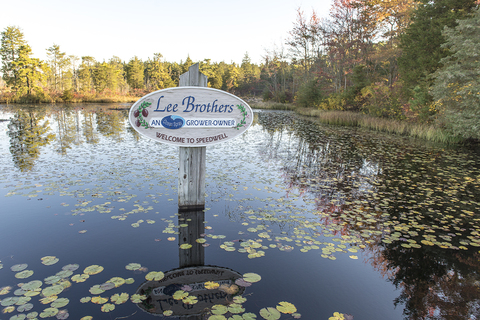 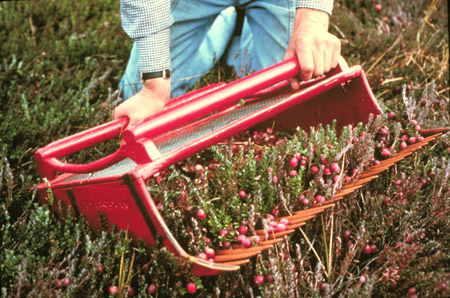 And not so old-fashioned dry-picking. 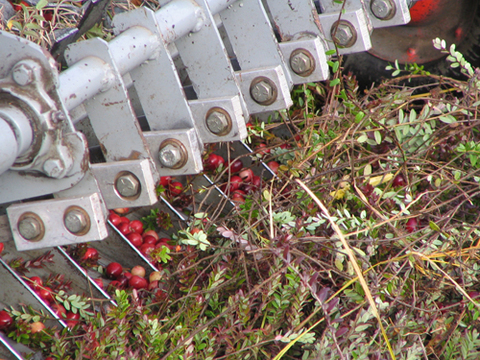 Below: During early frosts, cranberries can be intentionally frosted by farmers. 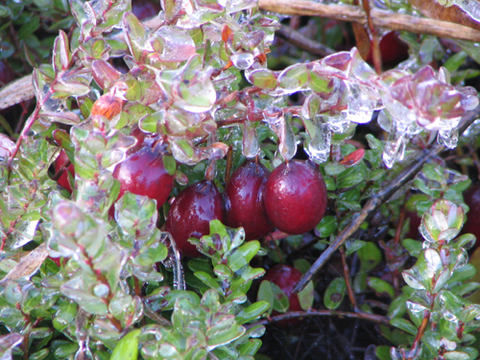 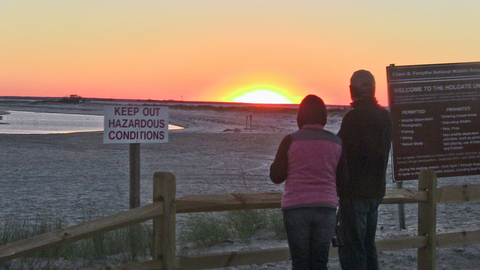 Thanks to Jim M. for dropping off ultra-cool Holgate Chili Cook Off T-shirts. Only a few LBI-orientated items get the "local-approved" stamp. This one surely does. 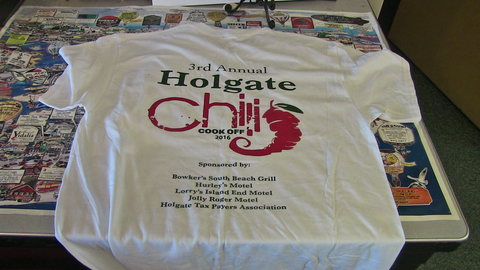