(Above) Anyone recognize this LBI Dapper Dan angler?? Background looks kinda Terrace or Surf City or ... It is on the Island, though. (The photo is from my personal archives so I have to ask folks not to reproduce it, i.e. pass it on. Thanks.)

Monday, October 08, 2012: Mid 40s for air temps his a.m. And it had the feel and smell of fall, that odd combination of fresh pinelands fragrances and the far more distant, but discernable, odor of industrial smells from as far away as Pittsburgh. I can pick up steel mill smells a mile away – or more like 400 miles away.

Back in the day, such fall air indicators would have me scurrying over the Hawaii for warmth – and for an underwater business I kept splashing around for just such winter escapes.

Oddly to many, fall beach buggying, surf plugging, Holgate haunting and Pinelands traipsing have adequately replaced bolting to the tropics.

This fall, to the now-point, being stuck here has stood in for Hawaii exceptionally well. We had an amazing Indian summerized September. Absolutely epic. While October has thrown open the doors to true autumn, there’s something righteous (old hippy term) about the strangely nostalgic messages within offshore breezes. Better than a bait pile:. The dog is clearly thinking, "What is happening here?!"

CLASSIC LAUNCH: The fall-feel is part-and-parcel to the Long Beach Island Surf Fishing Classic, now in the first week of an eight-week run.

Per recent tradition, the first week of the Classic is more of a stretching exercise. We loosen up by going through the surf casting motions, knowing the fish will come – eventually.

There was nary a single weigh-in, bass or blue, over the weekend. I had kinda predicted the same, factoring in 67-degree waters. A single 34-inch or greater striper coulda been money, so to speak, with the Fisherman’s Headquarters $100 weekend (both Saturday and Sunday) special prize and then the $35 daily value prize and a leg-up on the $125 “weekly.” The thing is I heard a just-enterable bass was caught. Fellow failed to enter the Classic. Pity. Wanna be equally pitiful? Keep putting off entering the Classic.

This could be a game-changer when surf casters get pissed off at guys fishing too close. :: 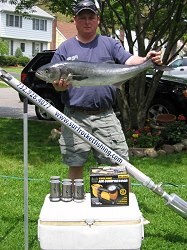 Got a really Surf Rocket system donated by Kenny from his Surf Rocket company just yesterday. This is one of those fishing cannon's that shoot a block of bait, hook and sinker hundreds of feet into the surf. This Rocket system includes an air compressor. .... www.surfrocketfishing.com 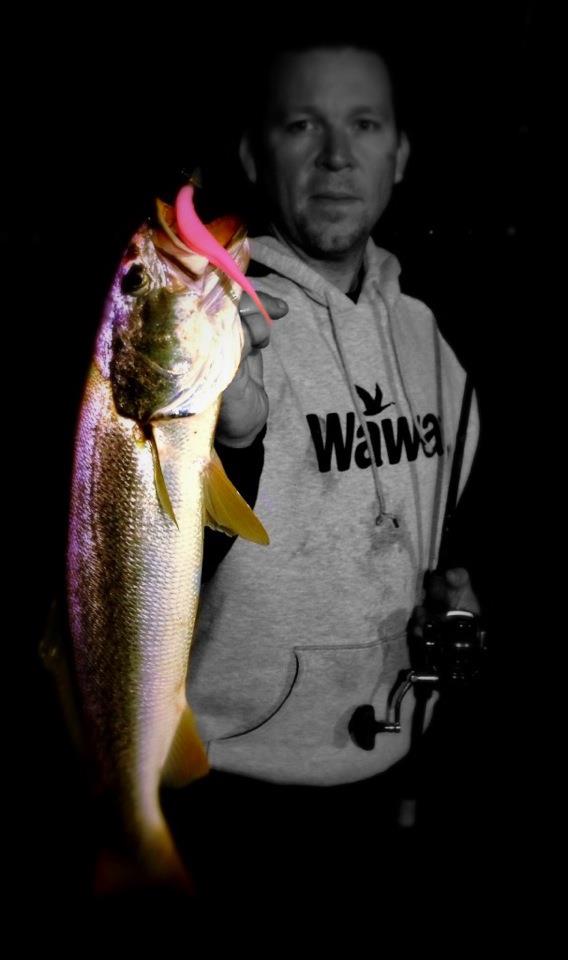 U.S. not to propose eel trade restrictions at next CITES meeting in Thailand

The United States will not propose the inclusion of American eel (Anguilla rostrata) in Appendix of the Convention on International Trade in Endangered Species of Wild Fauna and Flora (CITES) at its Conference of Parties slated to be held in Bangkok, Thailand, next March.

The deadline for Contracting Parties to propose new agenda items for the next meeting came on October 4, and the CITES Secretariat in Geneva announced on the next day the species to be discussed at the coming meeting..

To the relief of Japan--the largest tuna consuming nation--any proposal to restrict trade in bluefin tuna--a species for which Appendix listing was discussed (but was not adopted) at CITES' last meeting in Qatar in 2010--was not forwarded, either.

However, the fact remains that both tuna and eel stocks are in decline, and the Japanese government feels the need to reinforce its voluntary conservation efforts.

CITES, with membership of 176 countries, is a framework to regulate international trade in wildlife species with the aim to prevent their extinction. Its Conference of Parties is held nearly every two years.

Earlier, Washington had been considering proposing trade regulations at the coming meeting for the eel by including them in CITES Appendix.

U.S. exports of American eel to Japan have been increasing in recent years, as also have those cultivated in farm ponds in Korea and China.

Further, Japan had been concerned as the U.S. was reportedly considering also including the Japanese eel (Anguilla japonica)--a main species consumed in Japan—in its proposal as a "look-alike" species to the American eel.

Japan depends on imports for the bulk of the Anguilla japonica consumed in the country.

Trade in the European eel (Anguilla anguilla)—one of the three major eel species--has already been placed under CITES regulation.

According to informed sources, the U.S. Interior Department, the office administrating the matters pertaining to CITES, had been preparing the proposal to be presented at the forthcoming meeting, but, it appears that the U.S. government decided not to make the proposal at this moment, as the fisheries administration insisted that it is premature doing so.

However, the U.S. may propose eel trade restriction at future meetings of CITES if new data show marked stock decline, the sources say.

The Japanese Ministry of Agriculture, Forestry and Fisheries maintains that the American eel stock is not in a state of depletion that would justify a CITES trade restriction.

A sense of relief is spreading in the Japanese fishing industry over the U.S. decision not to go ahead with the proposal because it would create a further rise of eel prices in Japan.

"We only have a two-year moratorium," he said. "It is highly probable that the proposal will come up in the next meeting after this one, if the stock shows no recovery.