This is how the life of a jailbird starts ...

Below: You gotta try this on the kids ... There's no wire fence there, just a great acting job by the gal in green ...

Below: I shoulda stayed for the sunset ... 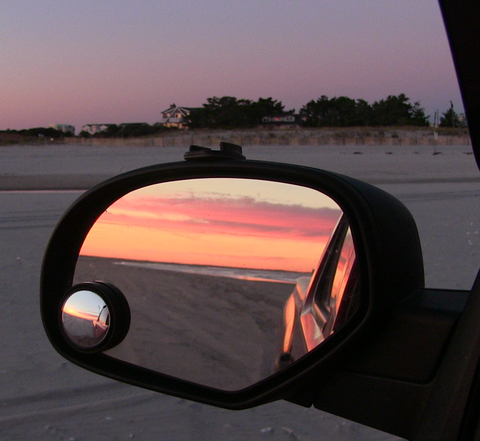 Monday, November 07, 2016: Wow, did the surf ever blow up overnight. It went from flat to a solid five feet. That might not be the worst thing, considering how badly we need to stir the striper pot. One bad angle is the current, which is absolutely ripping north to south; I’m talking 8oz plus – and even then, it’ll be lines facing the SE. Still a load of mobile anglers fishing SC.

I’ll do my usual jaunt to the south for a late-day plugging session. However, today’s high tide – and it could be a bruiser -- aligns with my small window of casting opportunity. At worst, I’ll be able to work the sturdier beached slews half way to the Rip – and north of the new impassible-at-high-tide zone.

The sun is blazing bright ... though the wind are a solid tad chilly. Air temps will be about normal for many days to come. No rain. (Below: Some will understand this pic. Shannon Hoon, gone too soon.) 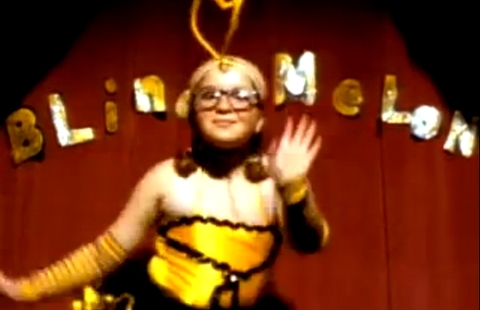 Take a second to check out the new and worsening erosion zone in Holgate, seen here: http://www.youtube.com/watch?v=EYaPZSafgEg

Outlook: The winds will back off through tomorrow – then kick back in, hard offshore. In fact, offshore winds will be on a yo-yo string all week, down then up. Sadly, no south winds in the mix.

SPLIT NAIL: I have a thumb nail V-broken down to the skin. For anyone who has tried to open a plug’s split-ring in the field – especially one holding a rusted treble hook – you know the v-shaped nail damage that can be done … after taking ten tries to finally get the old hook off. Then, it’s repeat to put the new tremble on. Yes, I have split ring pliers. Just try to find them when you need them. 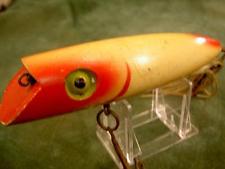 The Classic has inched up to 622 entrants. This can’t be the whole surfcasting shebang. I’ll broken-record the fact that there remains a ton of prime time before it ends on Dec. 4. In fact, with the water finally cooling down – 56.7 yesterday – we’re about to kick into ideal fall surfcasting conditions. Please sign up and get family members in on the fun.

For more info, check out lbtft.com or go to participating shops at ...

Anglers: I’m not sure if this is the best message to email work. “I’m sick today and if all goes well I’ll be sick again tomorrow.” (This will be my last donation drive. I truly appreciate those who contributed this year ... and in the past.)

Here's a look at a new skinny point at Holgate. Erosion is close to introducing sea to bay. Not to worry, though. 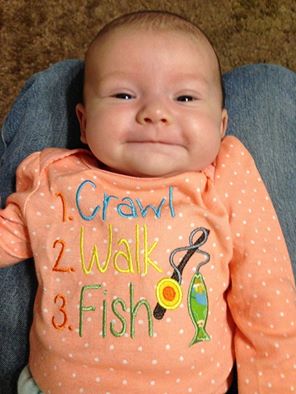 October refusals reached 142 line items in October, the monthly figure was up 22 percent from September and 27 percent from last year.

Respectively, mahi, tuna, shrimp, snapper and lobster are the top five most rejected items in 2016. Filth accounts for over half of this year’s rejections.

These figures are very different from 2015 rejection data. By this time last year shrimp was far and away the most refused item by the FDA. This was mostly because of transshipping issues with Malaysian shrimp, which forced the FDA to reject a record amount of shrimp for Illegal antibiotics residues.

This year, the FDA’s refusals are far more balanced among the top five species. This is an indication that the FDA is not targeting any specific product or origin.

The FDA said at the beginning of the year that it would be inspecting more seafood shipments in 2016, which is once again evident with this latest dataset.

Nippon to Pitch Automated Offshore Farming as Aquaculture's Next Frontier


The engineering company plans to pitch the system to cost-conscious managers in the fishery industry as an effective tool for relieving workforce shortages.


A testing ground for the cultivation of coho salmon is located 20 minutes by ship from Sakai Port in Tottori Prefecture, western Japan. The port boasts one of the largest landings in the country.


The farming facility features an 18-meter-tall steel tower that stands 3km off the coast, with fish pens extending 150 meters from the tower. Nippon Steel & Sumikin Engineering, in cooperation with  Yumigahama Suisan Kaisha, a  group company of Nippon Suisan Kaisha based in Sakaiminato, runs the project.


A senior manager in charge of promoting Nippon Steel & Sumikin Engineering's aquaculture business pointed his finger at two tanks attached to the tower. "Food stored in those tanks will automatically be transported to pens through pipes at the bottom of the ocean," he said.


Blowers, which send out food by air pressure, and power generators are installed on the tower. These devices can be operated on land via computers and tablets, dispensing with the need for farmers to go to pens for feeding. The tanks store enough food to last three to seven days, depending on the size of the fish.


Compared with conventional feeding methods, the automated system is expected to require only one-third the manpower.


Artificial food with built-in sensors is attached to the fish pens. When fish bite at the fake food, data that is collected every 0.1 second is transmitted to farmers on land.


"We can determine the appetite levels of fish by the frequency of their biting," said Yumigahama Suisan Kaisha President Hiroshi Tsuruoka. "We then automatically adjust the amount of food according to their hunger levels so that we can grow quality salmon with zero waste," he added.

Coastal areas and coves are usually deemed the best place for aquatic farming.


The company specializes in designing and installing offshore platforms, often standing up to 100 meters below the ocean surface, for oil and gas development projects. The fish pens were built to withstand tidal currents with a speed of up to 2 knots and waves up to 7 meters.


The company also carried over engineering prowess from its flagship iron production machinery.


Coal dust used in blast furnaces for producing hot liquid metal and limestone added to converters for steel production are both pumped in by air pressure. The same technology is used for transporting food at the farming facility.


Nippon Steel & Sumikin Engineering said its automated feeding system for large-scale, offshore fish cultivation is the first in the world.


Global consumption of marine products is growing, and the aquaculture industry supports most of the increased demand.


Fish catches around the world have remained at the same level -- less than 100 million tons -- for the past 20 years. Aquaculture production, however, has increased tenfold to 100 million tons.


Inland areas for aquatic farming are limited in Japan, so going offshore is viewed as the next frontier in the industry.