Now this is how to piss off any neighbors who hate when people put pink flamingos in their front yard. ... "Attack!"

I warned the Snowman prank guys they might wanna rethink doing it at the Jersey Shore.

Monday, May 09, 2016: I’m hanging in and hanging out. Workday has gone batty, early on … typical of a Monday. I’m hoping to get in some late-day casting, with light late-day winds highly suited for jetty plugging/jigging.

I got a goodly number of weekend reports and they aren’t all stellar, though to read some sites all hell is still breaking loose.

I really like the looks of some of the larger bass now being taken by boats. There is still plenty of time for bunker pod stripers to commence with their late-spring stalking behavior.  I haven’t actually heard of surface bunker-balls forming with any regularity. Obviously, that sight-fishing (of sorts) requires calmer waters. When bass are found, they’re seemingly pretty thick.

There have been a couple/few real nice bass in the surf. I realize that egging on bunker pods can be the kiss of death for surf fishing. But, for now, bassing is an equal opportunity bite, though I haven’t heard much about bayside bassing.

Bluefishing is spotty, as in you have to be spot-on to find where they’re at. Inlets are still the best bet though even the BL waters are seeing some serious dry runs for the many folks working the jetty. Not many reports of blues down LEI way, south end. Nothing from the black drumfish folks I know. They haven’t been overly pleased with the spring run – and they know how to drum.

JIGGING CONVENTIONALLY: Got an insightful newbie question regarding jigging. He asked if jigging can be done as well with a spinning set-up.

My answer was a fairly definitive “No.”

For me, the jigging feel has been best achieved via a medium conventional reel, but one suited for repeated casting … not a full-blown “round” boat set-up, which is meant to drop a line and feed it out. Stick with a “low-profile” reel, which holds more line and sits closer to the reel.

For me, a level-wind is mandatory. Tweaking the braking action becomes part-and-parcel to creating the ideal casting arrangement for the size of the jig you’re using. Yes, an open face reel (no level-wind) can outcast a level-wind but I’m far more into fishing than compensating for the mistakes implicit with an open face reel.

Interestingly, many right-handed folks prefer a left-handed conventional reel when doing a lot of casts-and-retrieves.

As to the rod, that gets reel tricky when jigging with a conventional. I like a medium-length (seven foot) with a slow action, i.e. sorta stiff. That backbone allows a solid drive-home needed for a jigging hookup, without sacrificing too much in casting distance. However, I once had a real nice 9.5-foot custom medium-action rod that could throw a jig to the sandbars. It died with Sandy, splintered by floating debris in the garage where I kept it.

That said, I have often thrown jigs using a spinning rod -- but only in a straight line or varied-speed retrieve. I first got into jigging Fin-S Fish that way. It just rarely cut it when it came to nailing a larger pickup. When I figured out how to add tons of jigging action using a conventional reel/rod, I made the Fin-S take on a whole new presentation. Admittedly, some of today’s long-tailed plastic jig enhancements offer a greater chance of a solid hookup using a spinning set-up.

One other thing, I really think conventional reels break down more than spinning reels. It’s essential to keep them clean, always – though it’s not a good idea to get either type near water.

YOUR PROBABLY NEXT ON THEIR LIST. THE OCEAN COUNTY PROSECUTORS OFFICE (732-929-2027) AND LITTLE EGG HARBOR TOWNSHIP PD (609-296-3666) ARE HANDLING THE CASE. I'D APPRECIATE IT IS EVERYONE LIKES AND SHARES THIS POST. IF YOU HAVE A TIP, PLEASE INBOX ME. YOU WILL REMAIN ANONYMOUS. THANKS......LET'S GET THESE ASSHOLES. IT'S OBVIOUS THEY HAVE A SELLER IN MIND. KNOW OF ANY DISREPUTABLE YAMAHA MECHANICS? LET ME KNOW YOUR THOUGHTS. I WAS A NJSP DETECTIVE FOR OVER 20 YEARS. WE WILL FIND YOU AND YOU WILL GO TO JAIL. CALL AL @ JARVIS MARINE 609-513-5918 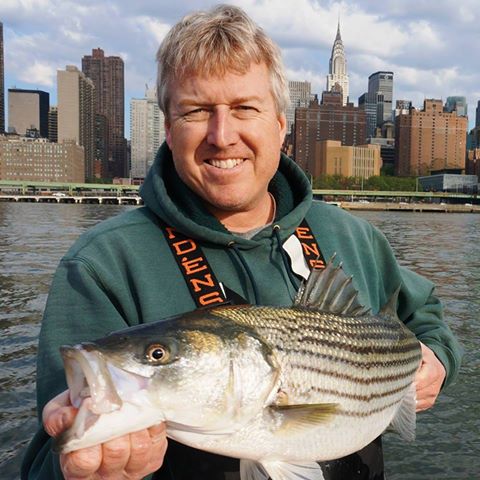 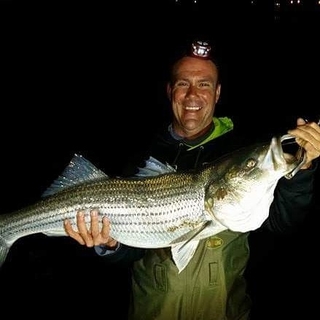 Today I met Herbert - He May Still Break My Heart But I Must Share His Tale - I went to BH to meet one of my many employers and show everyone my "vacation" (new car) - afterward i took a short trip to Holgate to take some photos...and that's when I met Herbert (who got his name later on) I saw him sitting in the dunes, which just didn't seem right, as I had never seen one of his kind on shore- I took some pictures until I realized he could not fly, then I flagged down Stu - w
ho tried to get some help but wasn't scoring any leads, and I was not lucking out with rescues so I then called my Best Friend P-a Barber who works with Ben Wurst of Osprey and Turtle Fame...who put me in touch with Don the Bird Whisperer...meanwhile Amy Barber - Animal Rescuer/ Vet Tech/ Bird Catcher took on the task of capturing Herbert with me (which went suprisingly well- no eyeballs or fingers lost!! YaY!) and driving him to Don's Avian Center In TR...Turns Out Herbert was suffering from Malnutrition and will be put on IV Drip today and Don thinks in 48 hours he will be able to re-release him....fingers crossed. I will be calling for updates.. 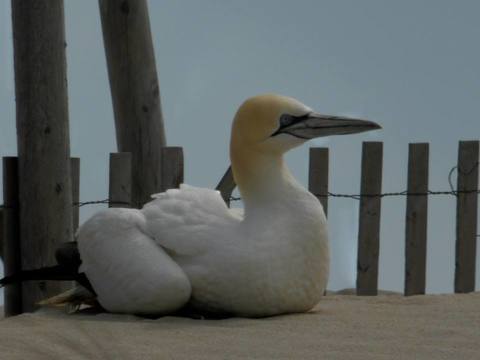 Earlier this month, Captain Bob Rochetta of
Rainbow Fishing Charters invited me and OTW Sales Rep Joe Pechie aboard for a day of commercial rod-and-reel fluke fishing. Joe and I would, ideally, help Captain Bob fill out his limit, while getting an inside look at how the pros put more fluke in the boat.  Here are five of the top fluke fishing tips I learned while fishing with Captain Bob:

Prep the Bait at the Dock

By the time Joe and I hopped aboard the Rainbow, the squid strips were cut and the spearing were thawed out.  The bait was kept in a small bucket within easy reach, but out of the sun. This way we wasted no time cutting bait while we were over the fish. Get the bait ready at the dock so you aren’t cutting or thawing bait when the fish are biting.

Make Your Own Drift

The morning was beautiful, and windless, leaving the boat dead in the water when we reached the popular fluke-fishing grounds off the greenlawns in Peconic Bay. In order to cover water, Captain Bob fired up the motor and “power-drifted.” Instead of going in a straight line, Bob made a grid of the area, and before long, he located a pile of fluke. Captain Bob Rochetta bumps the boat in and out of gear to cover ground and find fluke on days with no wind and a slow drift.

I’ve been guilty of adding anything at my disposal to a fluke rig, including but not limited to spinner blades, beads and devices that light up underwater. Bob’s preferred fluking rig is much simpler. His features a three-way swivel with a short drop to a sinker and a long leader. At the end of the leader he dresses up the hook with a soft-plastic squid, and baits with a strip of squid and a spearing. Bob hooks the spearing through the top of the skull, because a bait hooked this way won’t be pulled off as easily by short-striking fluke. A simple rig, dressed up with a soft-plastic squid above the hook is all that’s needed to catch keeper fluke

Even though Bob was using a bait rig, he constantly jigged the rod, bouncing the sinker off the bottom with short hops, and giving more action to the bait. Don’t let your fluke rig just drag behind the boat. Give it some action and you’ll attract more fluke.

Throughout the morning, we fished sloping areas, where depth changes as much as 15 feet would take place over the course of the drift.  This meant you had to keep tabs on your rig and reel in or let out line according to the depth.