Monday, July 13, 2020: Ocean today was a gem. It has calmed enough to readily accommodate bathers – under lifeguard watch –

Sorry, but this is when cats might be fun to own. 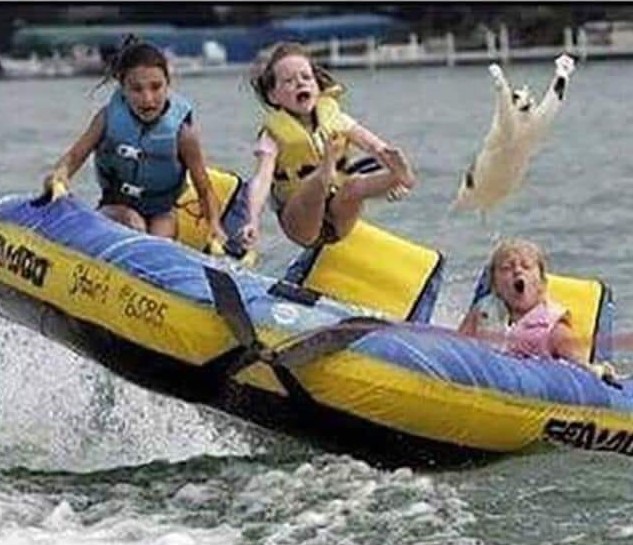 I can see breaking them apart and licking just the filling .. . 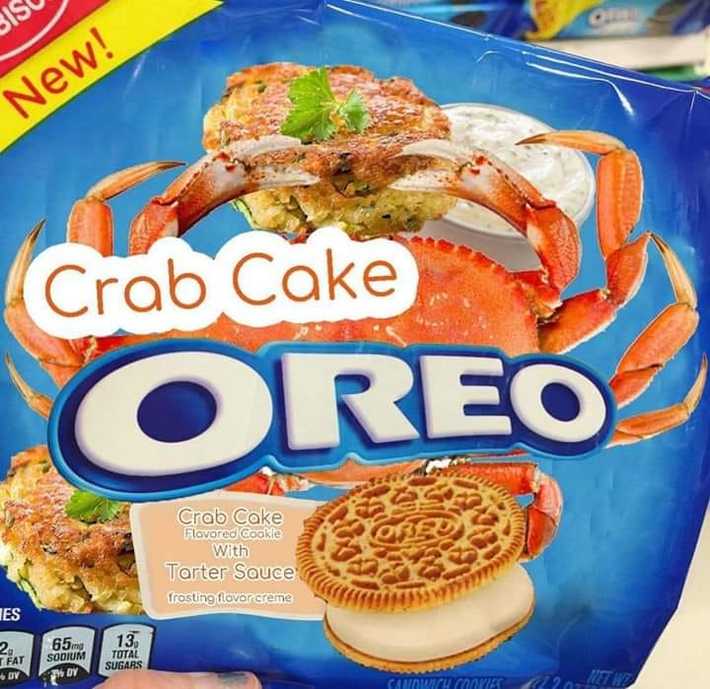 Despite the westerlies, I haven’t heard of any of the usual fly invasions, at least not mid-Island. Knock on driftwood. I know the south end goes buggy with even a hint of mainland-based breezes. I'll stop by the fine Holgate FB site to check.

Just to re-offer: Black flies are technically stable flies (Stomoxys calcitrans)… not be confused with stable-sounding horseflies, which present as greenheads (see below).

While black flies will travel many miles when bloodseeking under their own power, give them a boost from west winds and a 20-mile-plus journey is well within their tailwind travel capacity.

By the by, there is a true black fly (Simuliidae). These are more gnat-like and have odd humped backs. They can bite like the dickens but are more commonly mainland biters, especially around freshwater wetlands. 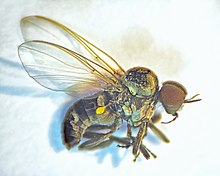 Tabanus nigrovittatus, also known as the greenhead horse fly or simply greenheads, are the worst by many estimates – meaning they can get even tough guys screaming like a banshee with a single bite. Only the female bites. If the green-headed lady is quenched, she'll parlay a blood load into 200 eggs, before dying as a happy bug.

As to its blood meals, greenheads populations are rarely perpetuated by human bites for one good reason: the chances of one biting long enough to take in a good gulp are slim … and slap! Seriously, human crush capacities are so speedy and accurate that a ferocious squish comes long before satiation. Deer, horses and other livestock supply a long deep blood take.

LET’S TALK TRAFFIC: A warning to the many motorists who come onto LBI and make the first right turn onto Barnegat Avenue -- to then quickly make a left onto 10th Street to speedily beat the crowd – come on, you know you’ve done it: The locals on 10th are understandably pissed. There might be serious citation hell to pay when cops target speeders on this street … on even 11th St., 12th St. etc. You’ve been warned, Sparky.

Being a Ship Bottomite for 50 years, I have to admit it’s tough having every single person driving onto our fine Island passing through my town. Not that I actually own it or anything.  I really don’t claim any specialness, just beg for a bit of sympathy. I simply want arriving motorists to realize you’re passing through a fine and friendly year-round community. WE have kids and pets glaore. Any respect you can afford, like not running down said kids and pets, is truly appreciated. I'll get trite by offering "Give Us a Brake."

Hey, check out our beaches ... real time, as we speak:

As to the hundreds of thousands of travelling folks just passin’ through – welcome. Now to hit you with some local knowledge: The fastest way to enter or exit LBI is via the Boulevard in Anchor City (Ship Bottom). I kid you not. I’ve timed/observed traffic and those diversionary folks zipping down the borough's side streets, seeking the fabled Barnegat Avenue short-cut, end up taking longer to reach the Causeway than the cars they broke away from on the Boulevard.

As to turning south onto Central Avenue when arriving on the Island -- to slightly sidestep the Boulevard – not one second will be saved in making that move since you’ll eventually need to come back onto the Boulevard, in the process going up against the traffic you were trying to circumvent -- with that traffic in the driver’s seat, having the right of way.

CHANGE GONNA COME: As to what the driving-LBI future holds, Barnegat Avenue in both Ship Bottom and Surf City will stay forever 25 mph – unless those towns mimic LBT by dropping the speed down to 15 mph. 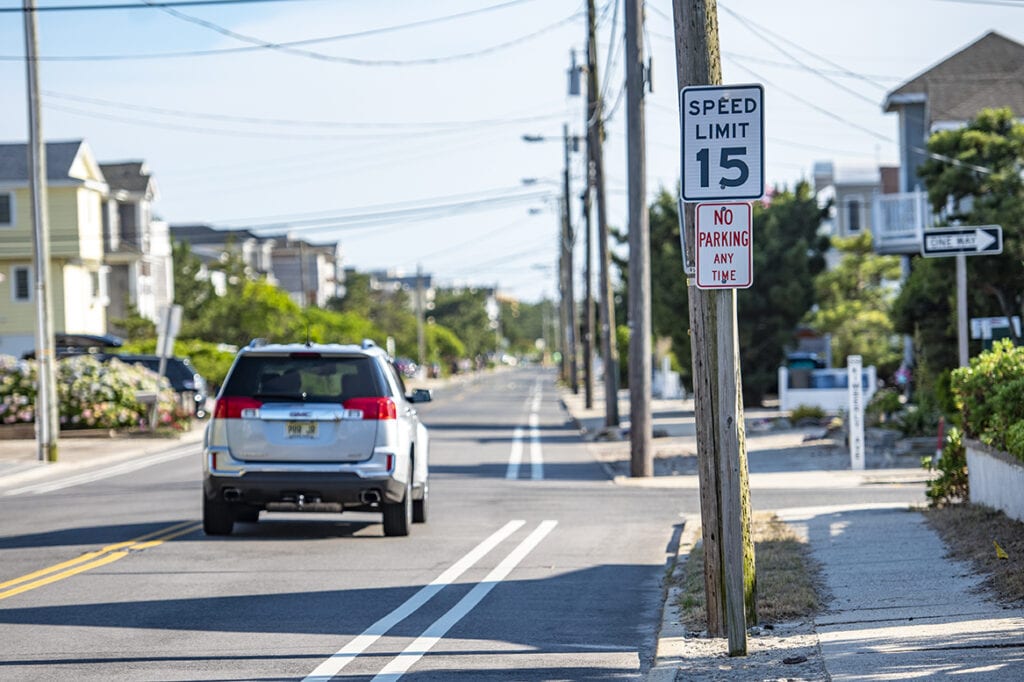 Motoring LBI will soon be getting trickier – though I don’t see things getting any faster – when Central Avenue in Ship Bottom reverts back to two-direction traffic, possible by 2022. Currently, it is one-way southbound, at the Causeway (8th and 9th streets).

The changeover to two-way will offer incoming and outgoing Causeway traffic the option of using either Central or the Boulevard, be ye southbound or northbound. I won’t include Barnegat Avenues among the choices since it is pretty much for local traffic only. As I noted before, using Central – even when it’s two-way -- to head southbound or northbound won’t save you squat, time-wise, since it entails reentering the Boulevard prior to reaching North Beach. That said, it could save time for local Ship

SORRY, BUDDY, I KNOW WHAT YOU’RE UP TO: Nobody is kinder to other drivers on the roadway than yours truly. I likely all too often let in side street drivers waiting to pull onto the Boulevard … unless they’re coming in from the west. Say what!?

Sorry, all too often those edgy folks antsing to butt in from sideroads are those speedos who thought they’d pull a fast one by zipping along Central to then power-nose into the line of traffic they had bypassed. I'm not having it, despite my penchant for being a kindly let-in driver. You can wait for a kinderbody to let you in.

I guess that’s borderline aggressive driving on my part -- though I would NEVER endanger anyone, even the urbanite crazies who show they won’t be denied entry -- come hell or bent fenders. To won't-be-denied drivers, I capitulate – though shaking my head loud enough for the interlopers to notice.

No Mask response back in the day. GOTTA LUV IT: Got word of a group of recent high school grads enjoying some bay time together in Surf City last night. It was easy to tell they were grads since they were hosting their tuxes and gowns – likely unused in the traditional graduation sense. No doubt, they were trying their hardest to grab at least a glimmer of commencement pomp and circumstance in the Age of Covid. Highlighting the noble gathering was a fully gowned gal who flashed her local stripes by doing some paddle boarding … with high heels on! Does it get any more coastal than that!? May their college lives be bright and virus-free – and their college graduations be as festive and cap-throwingly grand as it gets.

I’ve been likely too often B’ing and M’ing about the tons of kids biking about with their brains in low gear – their hormones going full guns. Who wears all black in summer anyway!? However, my begging for better biking does not imply there’s a dang thing wrong with having kids galore around. LBI is their kinda town. T’was mine back in the day.

Now to the part where I must report that the kid gatherings in places like Beach Haven have gotten, to put it mildly, cantankerous, to the point of police officers fielding chucked water bottles. I’ve heard that from a couple different sources.

This teen-grade civil disobedience has led to curfews in many Island municipalities. Now, the Island’s lone transportation system, the very reliable shuttles, may be responsively reigned in. LBT has proposed shuttles now cut off at 9 p.m. to – and I paraphrase – keep places like the Queen City from being overrun by curfew-ignoring young’uns.

Here’s where I go a bit counterintuitive. While I bemoan the over-represent packs of bicyclists -- unwilling to give a break to motorists or protect their physical futures – I’d still like to see the kids have a fun time … prior to curfew.

I’ll repeat (for refuting parents) that I have heard some near horror stories of certain segments of the teen population getting seriously cheeky with our cops. Better not be doing that in front of me or I’ll begin writing up how the kids aren’t alright. 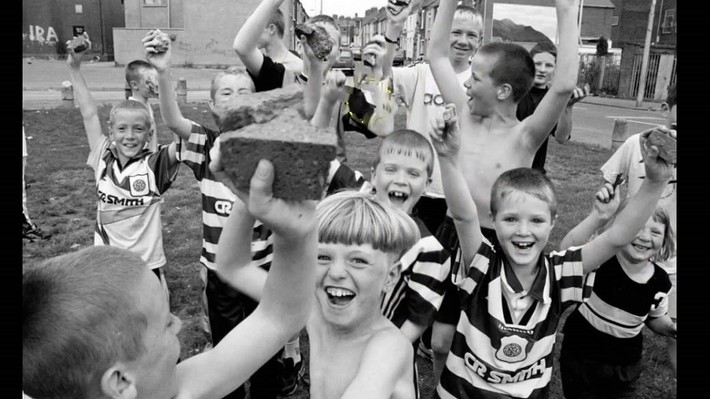 My daily observation: The Silent Majority was quiet for so long it has become the forgotten majority.

Goya for President ... Or am I getting a wrong read here? 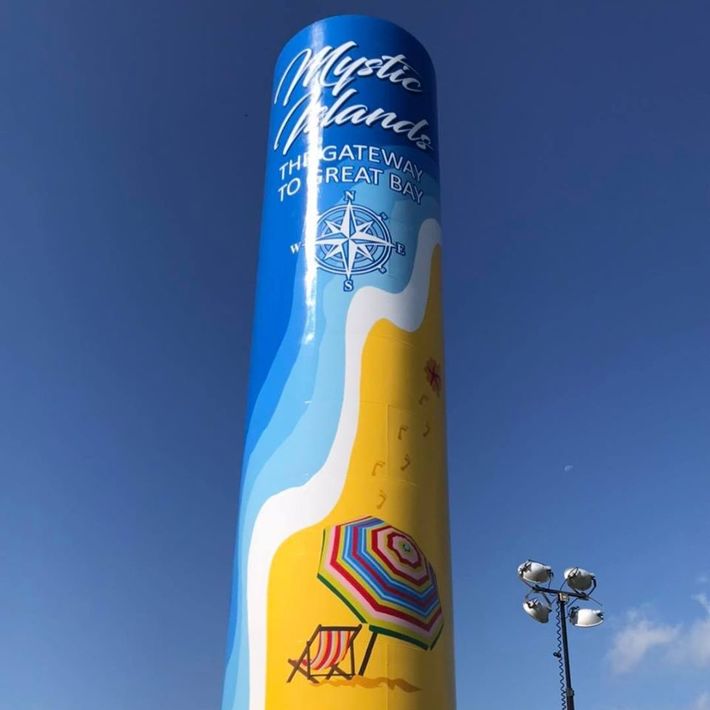 Was looking for some fliers and stumbled on this bowfin that ate the smallest piece of worm on a size 10 aberdeen hook. That battle did not suck!

Gov. Phil Murphy has hinted in recent days that tax hikes and other “revenue raisers” will be necessary in New Jersey to help the state government recover from billions in lost tax dollars thanks to the coronavirus pandemic.

“I think everything has got to be on the table,” when said during an interview Friday morning with the Washington Post when asked if he’s prepared to raise taxes.

Senator Connors, Assemblyman Rumpf and Assemblywoman Gove announced they will be voting against a legislative proposal to delay the redistricting process that is being fast-tracked to avoid public scrutiny and deliberation. (SenateNJ.com)

“This is a Trenton-power play meant to keep control in the hands of the few and protect the status quo. They are going all-in to ensure that the majority of the Legislature remains composed of tax increasers and big-government advocates who want and willingly allow the bureaucracy to micro-manage too many aspects of our lives.

“Legislative redistricting should be about representation and the balancing of residents’ interests. Instead, it has become a winner-takes-all contest that leaves too many residents feeling disenfranchised from the process altogether, leaving them to believe that little to no consideration is given to how their tax dollars are spent by the state.

“You only have to look at the enactment of legislation to allow illegal aliens to receive driver’s licenses, to see how policy is not reflective of the people.  Despite considerable and intense opposition from residents across the state, the illegal alien-driver’s license bill passed the Legislature, just after the election, with barely enough votes, prior to being quickly signed into law by Governor Murphy.

“Ramrodding the proposed redistricting constitutional amendment through the process and, avoiding even the pretense of transparency, is all being done to maintain the Legislature’s current power structure.  Sadly, this would also mean a continuation of policies that make New Jersey even more unaffordable for taxpayers who are already struggling to make ends meet.

“If any constitutional amendment should be considered, it should be to curtail the Governor’s executive powers during a state of emergency so decisions heavily impacting residents and businesses are not made in such a unilateral, uncompromising manner.

“As it seems that the fix is already in, this fight will likely have to be won by voters on Election Day this November.”